Minnesota-hailing singer-songwriter Ber approaches music with honesty and introspection, expressing herself in a way that deeply resonates with her many listeners. Interestingly, the artist spent most of her adult life in the UK before moving back home in 2021, where she lived in her uncle’s basement. It was there that she began to produce her debut EP, And I’m Still Thinking About That. The lead single and breakout hit from that project, ‘Meant to Be,’ has amassed over 50 million streams on Spotify alone since its release and, as a result, has cemented Ber as one of the most exciting singers on the rise today. Through that success and her undeniable talent, the musician has caught the attention of some legendary names. Recently, she hit the road with Tom Odell as the opening act for his tour and doing the same for Sigrid, both of which she credits as two of her idols.

Recently, Ber ramped up the anticipation for her upcoming EP Halfway – releasing February 17th next year – by dropping the project’s title track. ‘Halfway’ sees Ber’s glistening vocals ride the wave of intimate acoustic instrumentation whilst lyrically coming to terms with a sense of numbness and emotional instability due to lost love. With earlier impressive efforts, ‘Boys Who Kiss You in Their Car’ and ‘Superspeeder,’ also set to appear on Halfway, the project already has the perfect foundation. Here, HUNGER catches up with Ber to discuss the inspiration behind her upcoming EP, adjusting to fame and being recognised by the greats. 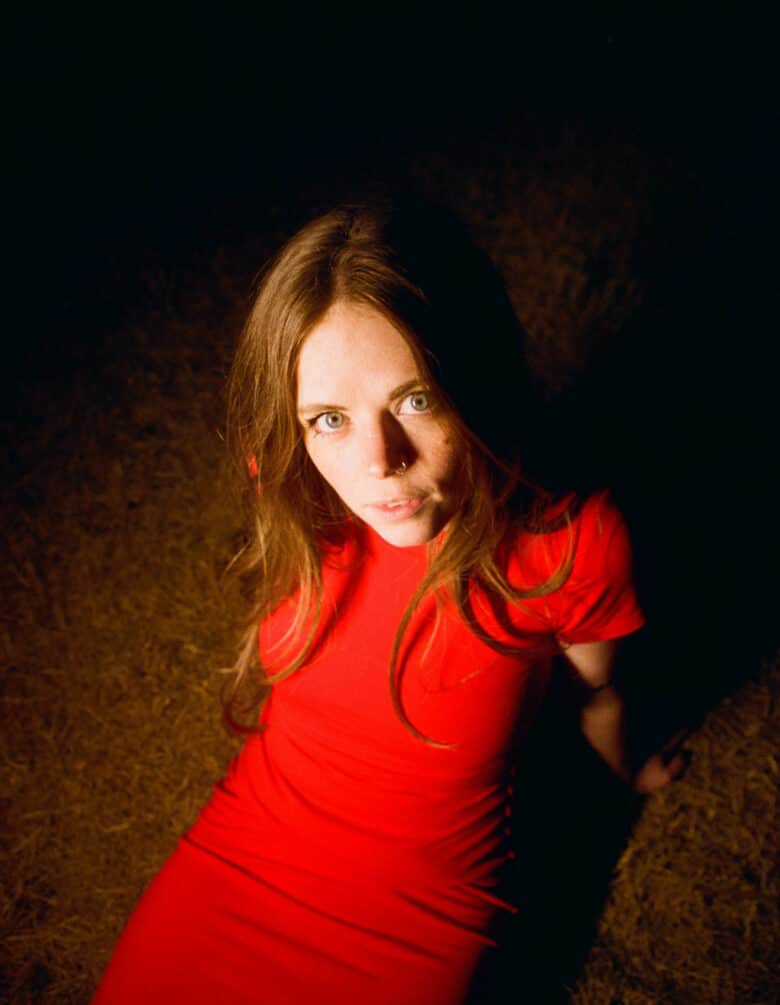 How do you think you’ve progressed artistically since your last EP compared to now?

I think I’m just a bit more reckless now, if I’m honest. I’m hungry to try new things within my writing, collaborate with more people, and learn as much as possible. This next EP feels like a step forward for me, it’s fun, sad, and somewhere in the middle of a lot of things, but it definitely takes influence from deep-cut 2010s indie music more than the last did. I’ve discovered a lot about myself in the last year, and I think this EP really reflects that, which I’m really proud of.

How has your life changed since the success of your debut EP?

Oh gosh, I signed a record deal! And I’ve toured North America twice with two of my favourite artists! I’ve experienced a lot of imposter syndrome, more so than before. I think it all happened so fast. When I first started writing and posting on TikTok, I was broke, lived in my uncle’s basement and was working two part-time jobs and only writing on zoom. Now I have my own apartment, work full time in music and have made some friends here in Minneapolis that I love writing with. I’ve met a few of my idols and written with some incredible and talented writers that I never imagined would spend any time on me, so that has been a beautiful surprise and a big development, but on a personal level, I’m still healing. I’m going with the flow and feeling extremely grateful that this is how I get to spend my time now. I think my mental health has improved quite a bit in the last year for reasons both inside and outside of music.

How have you adjusted to all of this new attention?

I absolutely haven’t haha. The attention has been very kind and welcome because I just really want people to hear these songs. Everything I put out means the world to me, so it’s really beautiful and shocking that people are listening!

Who were the main inspirations for your sound?

While there are artists I reference and love, like Lennon Stella, Adam Melchor, Fleetwood Mac and Maggie Rogers, my favourite part of my “sound” is that it was completely inspired by some of my best friends – who I was writing and working a lot with at the start of my solo project. I think I found my sound while working with my friends Brandon and Jamie, who produced my first EP, and I hear a lot of my co writers in it too. I love that. I knew I wanted to lean left and write love songs, but I hear pieces of my best friends in my songs, too, that feel so perfect and honest to who I was and who I was surrounded by. 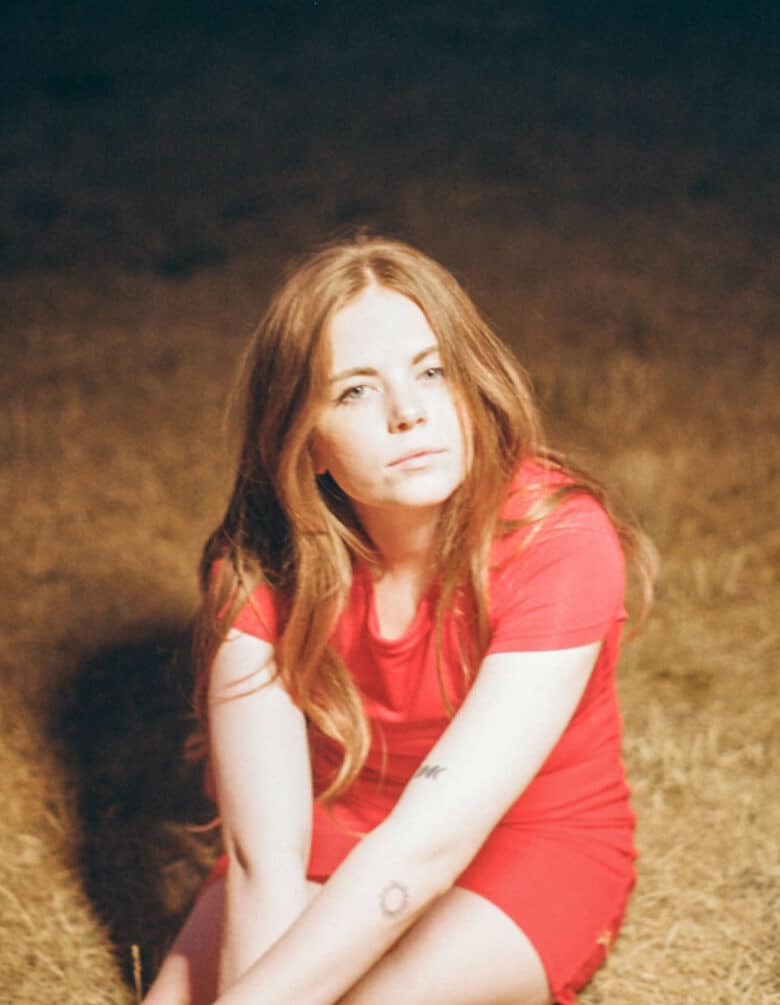 Congratulations on the new track ‘Halfway,’ can you talk to us about the inspiration behind that track?

Thank you so much! Halfway is a really important song for me; it sort of kicked me into gear and gave me a clear vision for this EP. It very much is inspired by this void that I felt stuck in at the time, where it had been a year since my relationship ended and I had finally felt like I’d accepted that it was over, but I still had all the healing to do. Healing definitely isn’t a linear process. But if it were, these lyrics and this story stemmed from that halfway point and all the things we do to move forward when moving forward feels hard. It’s certainly the centrepiece for the EP, and the other tracks tackle those other way-points on that fictional timeline, like dating, grieving, and accepting it. Haha, does that make sense?

What can we expect from your upcoming EP, Halfway?

A shift in sound. I think this EP has landed a little indie-er, which I love. I wanted the EP to feel like a rollercoaster because healing is certainly that. For the first time, I’ve been working and writing with people in Minnesota, and I have absolutely fallen in love with the Minneapolis scene and its musicians. I think it’s influenced my sound quite a bit, but it feels like it’s just a different side of me that I’ve been waiting to show everyone. As per, the songs are all really personal and very autobiographical, but I think they’re quite tongue-in-cheek this go around. Except for the last song on the EP; that one makes me cry every time I listen.

Where did you find the confidence to be so open and vulnerable throughout your music?

I’ve always really loved very honest lyrics. I’ve worshipped Taylor Swift and Julia Michaels for this for a long time. I like how it feels to have an artist just talking to me and that’s always been a goal of mine when writing. After years of trying to write big pop hits in college and craft some artist persona, I think I realised that I make my best music when I am honest with myself. I was writing blindly for a long time and the second I got my heart broken for real, it was like, “oh,” and my songs just got better immediately. It’s scary to put that much of yourself out into the world but it’s been so therapeutic explaining my emotions to myself through these songs – and I feel very fortunate that people have responded so well to them.

You’re originally from Minnesota but spent most of your life in the UK. What would you say are the main differences between the two?

The people! Oh gosh. It’s very fun to compare the two, it’s not that one is good or bad, just very different in demeanour and sense of humour. Minnesotans are known for their friendliness, and it’s true, we’re talking Canada-level nice. They smile at strangers in the street and are very neighbourly, especially when the sun is out. I love British people, and I miss the dry sense of humour and sarcasm – which it took me a year to learn by the way – so much every day. I think they just hold themselves a little differently and are generally a bit more pessimistic/ realistic, which I actually really appreciate and admire. I’d say the people really are just two sides to the same coin. And I, for one, love beans on toast, I think it’s fantastic, but my American friends refuse to try that. 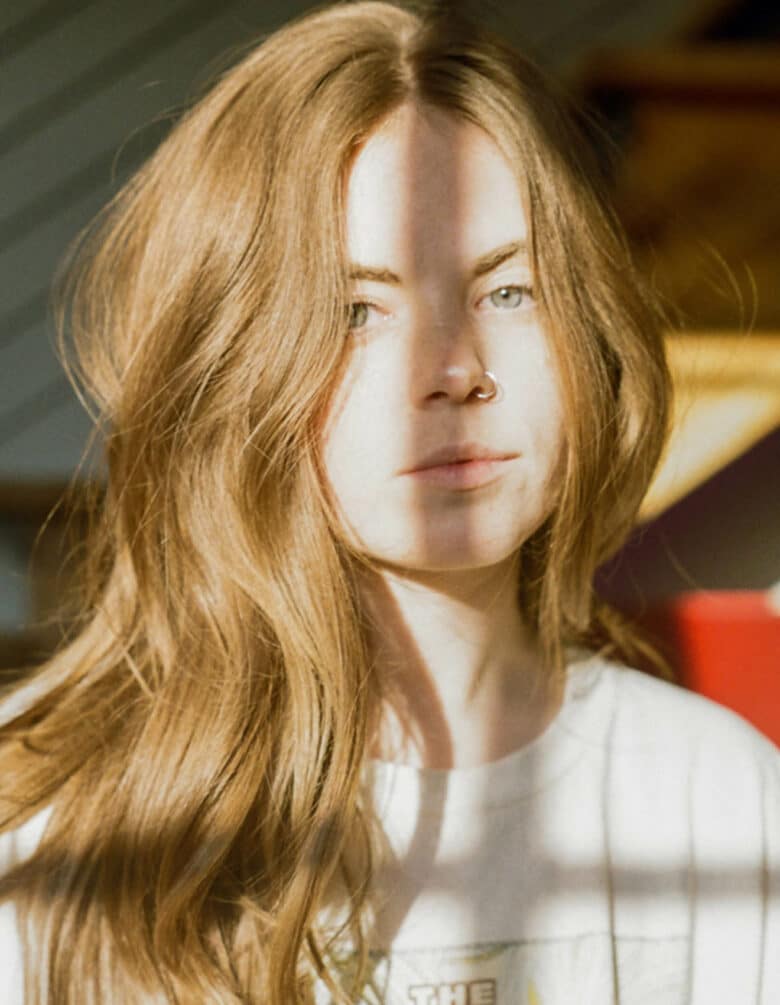 You were recently on tour with Sigrid. What was that experience like?

It was so incredible. Sigrid fans are so lovely and invested and it was such an honour to watch her be a master at her craft. I learned a lot on that tour. It’s a big opportunity to get in front of the right audience on a tour like that and it definitely has pushed my music in front of people just like me — which is so cool and the response was so overwhelming that I cried almost every night from gratitude. I’m also just the biggest Sigrid fan, I was before I was brought on the tour and I would have been at the show regardless, screaming every lyric back to her, so it was such a full circle moment. She and her team are so lovely as well. Ugh, I could talk about it for years.

You’ve received co-signs from some massive names in the industry, like Tom Odell and Sigrid, of course, what’s it like getting recognition from those heroes of yours?

Truly just surreal. It’s insane to find out your idols listen to your music. That is just the weirdest feeling. Tom once came to me backstage and spoke to me about writing, and just looked me in the eye and said that ‘Meant To Be’ was a perfect song, and I just remember shaking. That sort of praise is the thing you never imagine when you pick up a guitar for the first time — and I’m eternally grateful for the recognition and friendships I’ve made with them.

What would you say has been the most surreal experience in your career so far?

Performing with Holly Humberstone, JP Saxe, Flyte, Dylan Fraser and Maisie Peters in the Farm Band at Barn on the Farm last year. It was so lovely to sing their songs with them to the biggest crowd I’d been in front of. And meeting them was crazy because, again, I’m a big fan.

What’s been in your playlists recently?

Katie Gregson McCleod, Harry’s House, ‘Anti-Hero’ by miss Swift and I’ve re-entered my Melodrama by Lorde cycle, which comes around every two years. That album is perfect. I also love Gracie Abrams and the new Sabrina Carpenter album so much. A new find that I love is Annika Bennett; she has this song called ‘Scared Of Getting What I Want,’ and its been on repeat. And, of course, Carol Ades.

What’s the goal for you in your career?

I just want to tour. I love touring. It brings me so much joy. I’m doing my best to let this all happen and be present and soak it all in, but in 5 years time I hope to be headlining these bigger venues I’ve been opening in and making music I love.