London-based singer, songwriter and DJ Camden Cox really does have it all. Her poetic lyricism and silky, lustrous vocals ensure she’s ahead of the pack in the modern dance music circuit. The singer has recently been on a meteoric rise, amassing over 50 million streams on Spotify alone. It seems she’s about to break out of the stratosphere.

Her latest single, ‘Elevated,’ dropped in July, and is yet another glistening example of the artist’s unmatched talents. Today, she’s released the accompanying music video and it’s quite the spectacle. The steamy, hypnotic visuals showcase those hazy late nights on the dance floor, with Cox’s captivating vocals leaving us all in a trance. Oh, and don’t just take our word for it. The legendary Elton John is also a fan of the rising star. He recently gave the track a spin on his Rocket Hour Radio Show. Here, HUNGER catches up with Cox ahead of the release of her new music video… 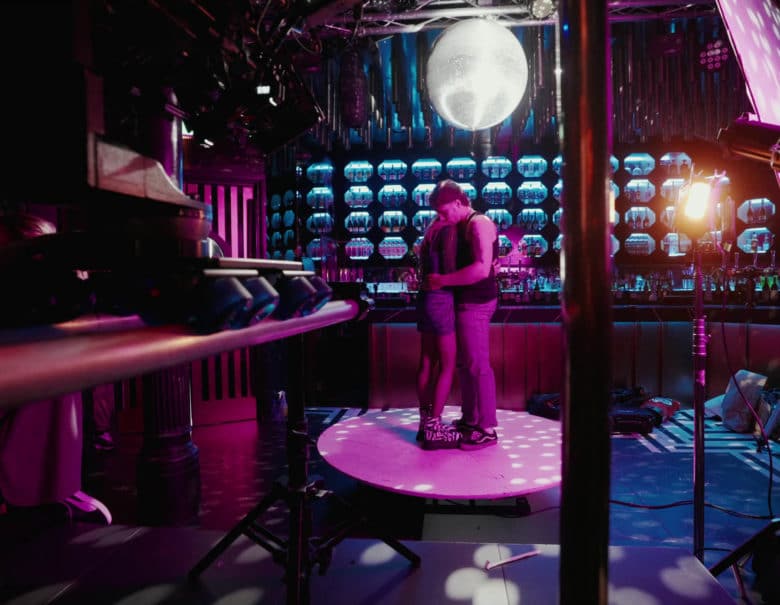 Has music always been the end goal, or were there any other aspirations you had growing up?

It’s always been the end goal! I’ve never had a plan B which I know is crazy, but it’s kept me driven and even more determined!

Can you describe your current creative process?

My favourite way of working now is not listening to the music before jumping on the mic. Someone sends me a beat and I just load it up and hit record! My best stuff comes from free-styling.

What drew you to making dance music as opposed to other genres?

My mum was a DNB club promoter, so there would always be dance music blasting through the house! It was DNB that I first fell in love with and that progressed into house/trance.

Who were some of the main influences you had growing up?

Robyn and Deadmau5 were my favourites. I think that’s why I love dreamy vocals over heavy beats!

What’s it been like working with big names like Gorgon City and Vintage Culture, has it been quite a surreal experience?

For sure! Me and my friends were obsessed with Gorgon City when they released Sirens back in 2014, so when I worked with them, it was a real moment. My mates were well impressed! It made me realise how far I’ve come and how persistent I’ve been.

If you could pick one album to soundtrack your life, what would it be?

‘Hold Your Colour’ by Pendulum. I was literally obsessed with it growing up and whenever I dig into the archives to listen again, it’s nostalgic but never gets old!

How have you found navigating your way through the music industry? Has it been quite a learning curve?

Absolutely. As soon as I think I know everything, it adapts! There’s always something new to learn or new ways to progress. It’s never easy, but it keeps me on my toes and that’s what’s exciting about it.

What would you say has been the most fulfilling experience in your career so far?

I wrote the latest Deadmau5 x Kaskade single (they have a new project called Kx5), and that was a real milestone for me because I’m a big fan of them both and have been for years! Little CC wouldn’t have believed it was possible!

If you could jump on a track with anyone right now, who would it be?

What can we expect from you for the rest of this year?

I’ve got some mint collaborations cooking! I’m doing some tunes with some really exciting artists and can’t wait to get them out! Also, expect more solo music with stunning visuals, of course.