Known to her fans as Dylan, singer and songwriter Natasha Woods is one of the most highly regarded faces in the pop-sphere right now. At just 23 years old, the Suffolk-based musician recently hit the UK Top 20 with her debut mixtape, The Greatest Thing I’ll Never Learn, and built up an army of dedicated fans. Dreaming big and achieving even bigger has earned Dylan a spot on everyone’s playlists through a dark-indie pop sound, pop-punk influences, and evident love for her craft. Last year saw some major moments for the artist as she sat on the cusp of her biggest release yet, including headlining a sold-out London show at KOKO, performing at Latitude Festival, supporting Tate McRae on tour and, in a career-defining moment, Ed Sheeran at Wembley.

With her heart on the line, Dylan draws influence from her own experiences and speaks to fans with relatable honesty and infectious energy. Her knack for songwriting is unmatched, and she’s just as capable of conjuring up a mosh-pit-ready banger as she is a tear-jerking ballad. Dylan is continuing her rich vein of success into the new year, which will see the artist head on her first-ever European tour – with promises of some killer new tracks along the way. In anticipation, HUNGER chats all things music with Dylan… 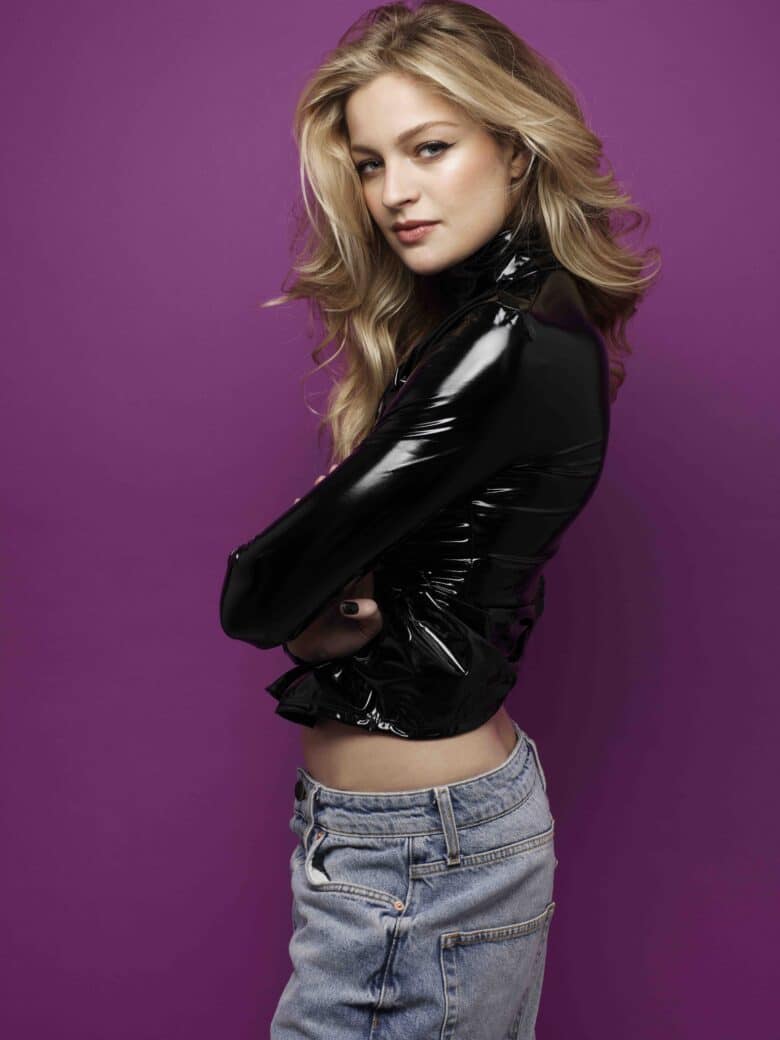 Congratulations on the release of The Greatest Thing I’ll Never Learn; what’s it like seeing the reaction to the project, especially after it hit the charts?

Thank you! It was incredibly gratifying for me, especially when it got into the top 20. I had aimed for that but I tend to dream too big so I never thought I would achieve that. It was also pretty special seeing the fans reaction to the music, as it was the most personal I’ve ever been in my writing.

Would you say creating that mixtape was therapeutic for you at all?

I think creating any music for me is therapeutic. Writing songs is an escapism for me, I can’t seem to get it anywhere else and it has been an outlet for me for as long as I can remember. I think the mixtape was especially therapeutic because it was the first time I properly opened up in songs that were released.

Were you nervous about putting something so personal out into the world?

It was terrifying putting it out in the world, just because I didn’t know how people would react. Luckily so far everyone seems to be able to relate, which is good, and I feel less crazy because of that. I think because of it I’m less nervous to be personal now.

What do you hope people take away from the project?

I hope they take whatever they want from it. Ultimately, it’s a snapshot of my 21/22-year-old experience, but I don’t think that should limit what’s taken from it.

You recently headlined a sold-out show at KOKO. What was that experience like?

It was the best feeling in the world. Ultimately, that was the show I was most nervous about on the tour. It was one of those ‘wait this is working’ moments. I was stupidly nervous because there had been train strikes that day and I didn’t think anyone would show up. But standing on that stage and hearing everyone sing was quite something. I won’t lie, coming off the stage, I burst into tears, it was almost like a sigh of relief that people came and that everything was beginning to pay off.

What’s been your favourite live performance of the year and why?

Very hard to pick just one (because really it should be supporting Ed Sheeran at Wembley Stadium), but if I had to, it would probably be playing the main stage at Latitude Festival. I had grown up going to that festival and discovered all my favourite acts on those stages. It’s my home county which meant all my family and friends were there and it was just the most surreal thing ever. I felt on top of the world playing on that stage and I would give anything to do it again.

Next year you’ll be embarking on your first European tour. How does it feel to know you’ll be seeing all of your fans overseas?

I am so so excited. I got to meet so many people whilst on the Tate McRae tour so I’m hoping they will all come! I also just love Europe. Touring there kind of feels like interrailing which a lot of my friends did after leaving school.

What artists are inspiring you the most currently?

I’m currently listening to a lot of Katy Perry, a lot of Taylor [Swift], and a lot of The 1975. I think going into this next year, I’m going to really try to work out what it means to be a pop writer, as well as keeping those rock influences close to hand.

If you could collaborate with any artist right now, who would it be?

Flume or Illenium. I was a big fan of both as a teenager (and still now) so that would be a dream.

How do you get yourself out of a songwriting rut?

Go make some bad decisions. I think writer’s block comes from a lack of experience. If you’re not writing you’re not living hard enough.

Stop trying to be everyone else, it will only slow you down.

How has your experience of navigating the music industry been so far?

Interesting to say the least. It’s definitely not what I expected. I feel it is still slightly lacking in its support for the ladies, but I feel that will all change in the coming years as the majority of up-and-coming acts that I am aware of are brilliant strong women creating incredible music. So something has got to give soon enough.

What can we expect from you in the coming months?

A lot of touring and hopefully some killer songs, just gotta get all my bad decisions on paper!