18-year-old Henry Moodie is embracing his emotions through a selection of wonderfully produced and heartfelt bedroom-pop ballads. The UK talent has garnered a massive following of over five million fans on TikTok, where his rewritten covers of popular tracks have made him one of the biggest stars on the platform. Thanks to that overwhelming popularity, Moodie eventually released his debut single ‘you were there for me’, written and produced entirely from his bedroom.

Though many may know the musician for his covers, Moodie’s true passion is undoubtedly his songwriting and the process of narrating his emotions through his vulnerable tracks. He previously studied songwriting, leading him to join the band The 202 before departing to explore a solo career, where he has gone on to support the likes of The Vamps on tour. The Guildford-born songwriter has been formulating his own tunes since the age of 14, taking inspiration from stars like Conan Gray, AURORA and Lorde. 2023 is set to be a groundbreaking year for the singer as he inevitably builds on his already stellar success – and provides his loyal fanbase with the music they so desperately crave. Here, HUNGER catches up with Moodie as he takes us through his artistic process and career highlights so far. 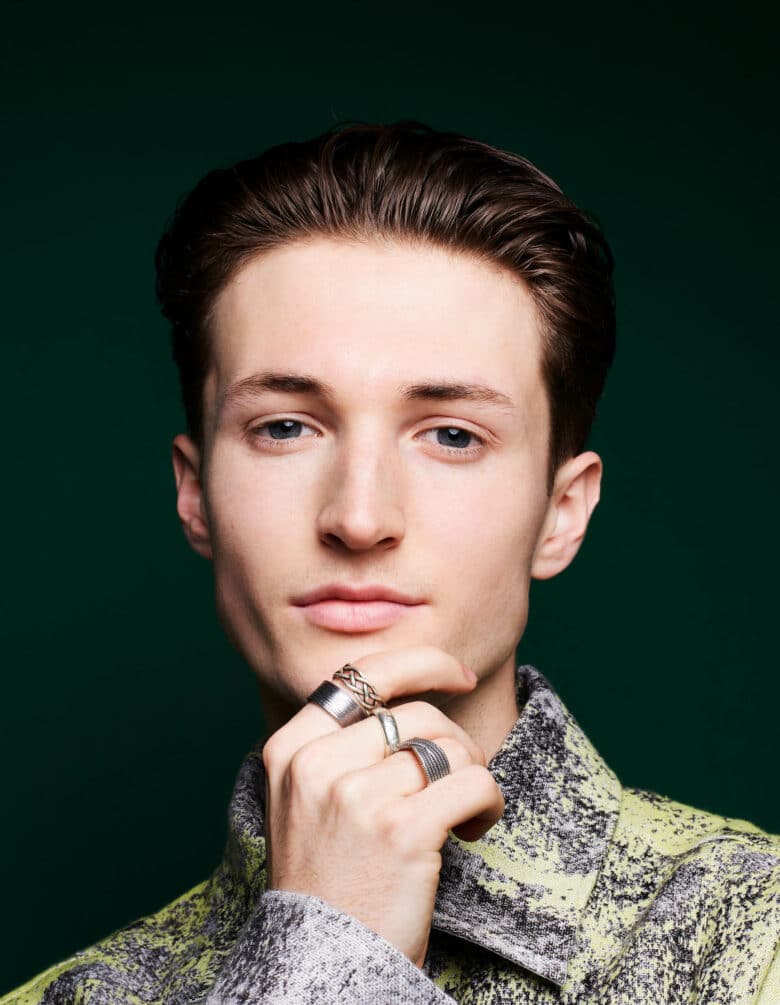 What kind of music were you inspired by whilst growing up?

In the Lonely Hour by Sam Smith.

Very free and exciting! I’ve been on tour and listening to many different genres of music recently, which has opened the door to a whole new world of songwriting that I’m super excited to incorporate into my pop writing style.

Would you say your music has evolved since you first started songwriting ?

Definitely! Over the past few years, I’ve been in a band, then I went to a music college and studied songwriting, and I’ve been in London most days doing writing sessions. All of this has taught me so much and continues to challenge my writing styles and inspire new creative directions.

Conan Gray. His music is so vulnerable and personal, and he has such a core fan base! He’s an artist that just loves his music and isn’t trying to be anyone else.

Supporting The Vamps at the 02 arena (4th show ever as a solo artist!). And, of course, signing my record deal.

I would love to dive into more experimental pop down the line. Lorde & AURORA are two artists that nail this in my opinion.

Be patient, it takes a lot of bad songs to write good ones. Allowing yourself time to make mistakes is important because you learn!