London-based rising rap star Jeshi released his debut album Universal Credit at a time when the country was witnessing one of the worst cost of living crises since the 50s. In its essence, Jeshi’s work speaks to a disillusioned generation and proves a musical companion to the times. His poignant and reflective debut cemented him as one of the new voices of British hip-hop, infusing different genres and a lyrical clarity rarely seen before. His exploration of classism is the head-on confrontation music so desperately needs, and his tunes are holding up a mirror to British society.

In a Dizzee Rascal meets The Streets-esque approach, he keeps storytelling at the forefront of his work. Jeshi’s production is varied, vibrant and provides the perfect canvas for his vividly detailed stories to come to life. Take ‘Hit By A Train,’ for example, which offers up a heart-wrenching insight into just how hopeless and misery-filled life on the dole can be. And although Universal Credit can be dark listen, it’s an essential UK project, never once shying away from the often ignored realities many in Britain face. The artist is a storyteller for a generation, and his pen game is only getting sharper with each release. Here, HUNGER sits down with Jeshi to discuss his musical evolution and much more. 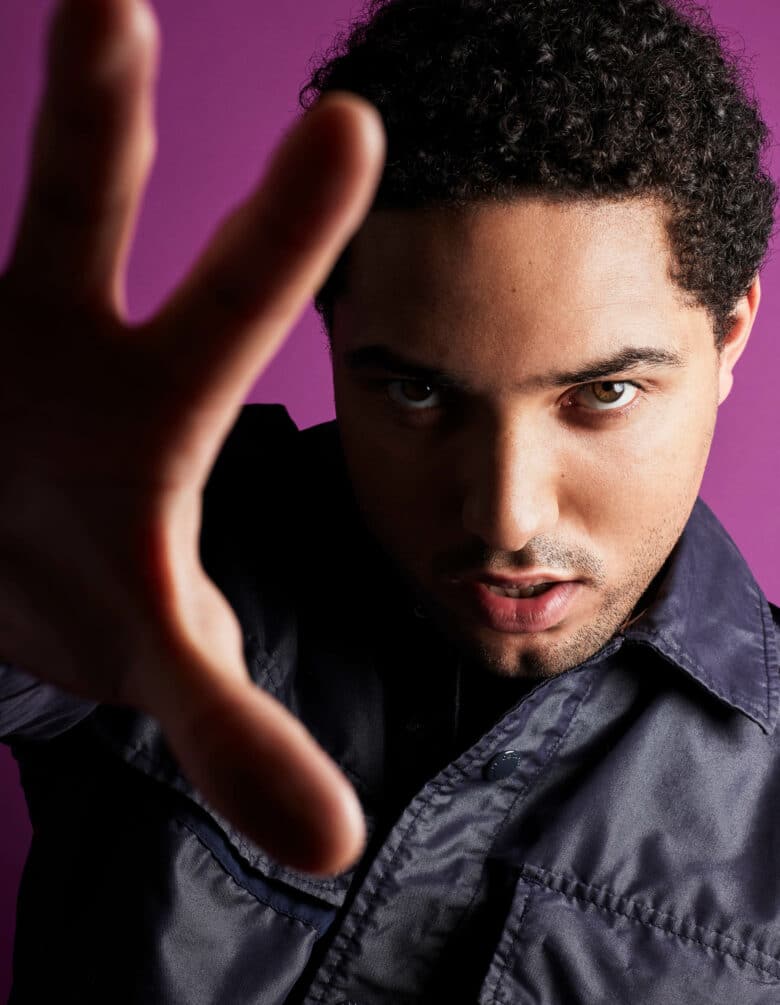 The new sound of London.

What kind of music were you inspired by whilst growing up?

Dizzee Rascal, The Streets, Amy Winehouse, and the Bristol trip-hop scene have been big inspirations for me and what I’m doing.

What was the first album you bought/listened to?

Pretty sure it was Justin Timberlake – Justified, which still sounds so good.

At the moment, the biggest thing for me is exploring new sounds and feelings – I love everything I’ve done with Universal Credit, but I have no intention of recreating that.

I’ve become more in touch with who I am and the stories I want to tell the world. Sonically I think the sound just keeps getting bigger and more expansive which is what I’m constantly pushing for.

There are so many artists I love and whose journeys have been good to watch, but I’m really only interested in carving out my own trajectory. It’s something that’s been important to me for as long as I can remember.

Getting into playing shows off the back of the album release last year gave me some pretty surreal moments. It’s the most satisfying feeling connecting with people in real life who the music has really connected with and meant something.

A lot of Audio Bullys and At the Drive-In right now.

I want to keep pulling a load of different sounds and genres together and breaking new ground with them.

Don’t listen to anybody; nobody knows anything.

Just continuing to make what I love and have it mean something in people’s lives; anything else is extra.

The next phase is coming.