Sounds coming from the country of Ghana have evolved in magnificent ways over the past decade. Whether it’s Afrobeats, highlife, or Ghanaian drill, artists, DJs and producers continue to command the music scene with new and innovative iterations of the aforementioned genres. Singer-songwriter, Gregory Bortey Newman, famously known as King Promise pioneers part of the Afrobeats and highlife movement with his sound bank of modern-day influences. But prior to his formal introduction into the scene back in 2016, King Promise had stockpiled a depth of experience as a songwriter, sharpening his ability to interpret and translate varying aspects of his environment into sonic offerings.

This year, he returns with a hair-raising dose of melodic house in 5 Star. The 15-track body of work is an irresistible fusion of afrobeats, highlife, hip-hop, and R&B — cementing his reputation as Ghana’s cultural connector throughout the diaspora. As he kicks off his US, UK and Europe 5 Star world tour later this month, HUNGER caught up with the man himself to discuss his latest album, what he was going for with the project, and much more. 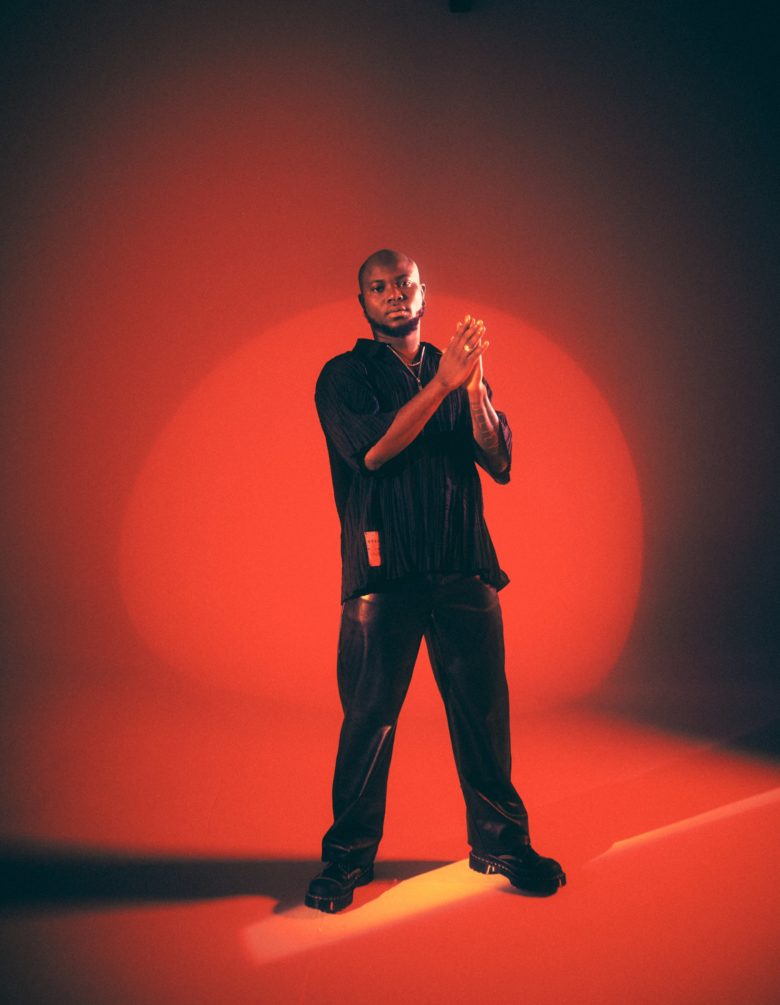 How are you feeling about life currently?

Life is a blessing for me right now. I’m thankful for the fact that my sophomore album is finally out. I worked on this project for two years, and now I get to share my truth with the people. It’s always an exciting and beautiful feeling when I put out a body of work. I’m about to go on tour, and being on stage is my happy place.

Growing up was beautiful. I’m from a very calm family, and my parents made sure there was enough to eat and they gave us good education. I’m the first child, and I have three sisters. We had a family-oriented upbringing because my parents always kept my siblings and me together and ensured that we continued to keep in touch with one another.

Talk me through your introduction to music generally. Who/What inspired you at the time?

Growing up, I thought I’d end up playing football or becoming a journalist. But eventually, one day, I found myself in the studio with friends who made music and I ended up working on a song with them, and from there it became clear to me that I was born for this. My father is also one of the reasons why I do music because growing up, I used to hear music all the time at home and at my dad’s shop. He owned a boutique back then and whenever I closed from school, I used to go there and take care of the shop, and also control the music. But he always had those cassettes with different genres from all across the world, and because of that, I grew up with so much diverse music.

What was it like when you started putting out music?

I was anxious to see how it would go and how people would accept it. But I had confidence in the music we were making from the very start. I’ve been working with the legendary KillBeatz, and he’s the person who helped me shape my sound. Together, we were making music for a while, and when we thought it was finally time to put out music, we did. And when we dropped ‘Oh Yeah’ and it went crazy, I knew this was it.

Can you remember the first song you wrote?

When I went to the studio for the first time and I could actually write lyrics and put melodies together, I was surprised because I had never done it but it came to me naturally. Over time, I met a few people that helped me improve upon my songwriting, and one guy called Kofi put me on different playlists from some of the best songwriters in the world. That helped me shape my songwriting.

Some months back, you shared your sophomore album 5 Star, what is the meaning of the title?

5 Star means the highest standard and good quality. That’s what I see when putting together this project because every song on the album is 5 Star. It was also more about the lifestyle; it’s premium. It’s not like we’re faking it. It’s just good vibes and good energy, so that’s what the title means.

What was the intention of the project? Was there something particular that you wanted to convey?

I just wanted people to know my truth; the real me. When I came into the scene, my first album was all about love and taking things easy. But now, the boy I was then and the man I am now, you can see the growth and that’s what I wanted to put in the music. Now, I’m talking about stuff that I have to talk about. I have travelled the world, gone on tour, and gone through situations, and I put all of this into the music. And even in the sound, you can feel the growth and that’s why I call it 5 Star.

Did any track on the album challenge you?

No. The thing about me and making music is I don’t put pressure on myself. I feel like that’s the way you can churn out great organic music. I don’t go to the studio and be like ‘’oh I have to make a hit today.’’ I just go to the studio to make music that I love and I keep it true and real to myself. That’s when the music can connect to the people.

How did you decide which songs would be on the album, and what artists to feature?

The whole direction of this album is to speak my truth and connect with the people more. In doing that, I record a lot of songs, and then pick the songs that fit the idea and direction I want to take. Same thing with the artists. These are artists that I love their music as well. I don’t force collaborations, so when I was making the songs on the album, I didn’t make them with someone in mind. I made the songs how I like them, and when I was done, I was like ‘’oh this person would sound good on this song.’’ Then I reached out to the artist and tell them about it.

I believe you’re a passionate storyteller, and with your music you have addressed subjects of love, hustling, partying, and family. Why is it important to talk about these things?

These are things everyone faces at some point in their lives. As I said, the core base of my music is making it as real as possible, where people can relate to it. As much as I make the music because I love it, I’m making it for fans as well. Indirectly, artists are the mouthpiece of the people, so it’s always good to talk about what’s happening and speak your truth.

For someone who comes across this album for the first time, what do you want them to feel?

I just want them to enjoy beautiful music made from a special place. I’m a singer-songwriter from Ghana, and I sing for the people. I just sing about real stuff, and I try to connect with people on a level when it’s beautiful to the ear.

Music aside, what do you like to do for fun or in your spare time?

I play football a lot. Even before I started making music, I was always going to places to just watch football.

What was the last song you listened to before you hopped on this call?

I know you’re all set to go on tour, are you excited to be on the road?

I live for this! Being on stage and in front of the fans is my happy place. I’m excited.

What should fans expect?

5 Star Vibes and a lot of fun because “I dey chop life”. I’ve been waiting for this for so long, and finally, we’re here.

King Promise will be playing on November 9 at KOKO, London.