Stockwell-born rapper Len embodies the shift that the current hip hop scene in the UK is undergoing. Trying to put your finger on his style is incredibly difficult, if not impossible. Just take his track ‘SOLACE,’ for example, which blurs the lines between rap, jungle and drum and bass to create an intoxicating and captivating listen. Considering Len only started taking music seriously in the lockdown, his rise has been incredibly impressive. He’s even opened for the likes of US rapper Lucki and supported fellow Londoner’s Knucks and Sam Wise on their tours.

Earlier this year, Len released his latest project, DEAD END, an enigmatic and energetic showcase of his undeniable talents across 12 tracks. The project became an instant hit in the UK underground scene and helped build the solid fan base Len has today, culminating in a sold-out headline show at Oslo in Hackney in July. Today, Len continues his hot streak with the fiery ‘JET-LI FREESTYLE,’ which sees the rapper wax lyrical over hard-hitting and hypnotic production. Here, HUNGER catches up with Len to discuss his musical versatility, childhood aspirations and opinions on the UK music scene. 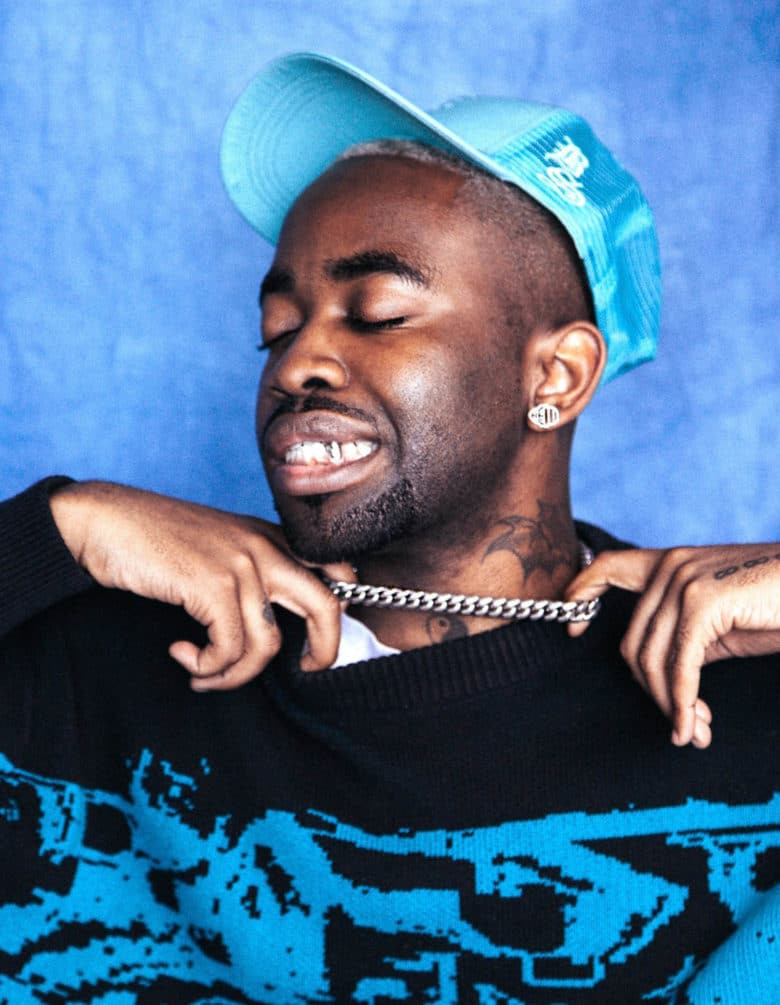 What inspired the change in sound for the track ‘SOLACE’?

I’ve always been someone who just loves to experiment. I feel like when I do experiment, I lean heavily on the altè, afrobeat or even afroswing sound which I’ve already touched on a few times in ‘JennyOnTheBlocc’ and ‘Devotion.’ With ‘Solace,’ I just wanted to do more of that, if that makes sense.  It was around the time I made ‘Solace’ when I was listening to a lot of Aphex Twin, PinkPantheress and Acid House so it naturally made sense. I instantly thought this was definitely something that I wanna go through with because I feel like everyone always associates me with the trap sound so exploring other genres is always something that I’ve loved doing.

Has exploring other genres always been something you’ve enjoyed? Are there any other sounds you want to experiment with in the future?

I’ve always wanted to see what’s popping but not in a way of let me replicate that, but more so to find out new stuff. I always want to experiment. Even with amapiano which I was introduced to last year, and even then I made it. There are 4 or 5 tunes in the vault, as well as house tunes.

Who are some of the artists that inspired your sound?

There’s a long list that goes from Max B to Future to Kanye West to 50 Cent, Dimzy (67), and Swift from Smoke Boyz. Young Thug. Lancey [Foux] definitely plays a role in my influences, 100%. Drake. Skepta. There are a lot of different influences in me that all create Len.

For anyone who’s not heard your music, how would you describe it?

It’s for people that want to get fly. You know, people want to feel cool getting ready for cocktails, going on a date, it’s to bring this energy in you that you feel you need before those occasions.

You clearly have a lot of energy when you’re on stage, are your live performances something you take a lot of pride in?

My performances are definitely something that I take a lot of pride in and it’s my favourite part of music, just to create a whole new world. Every time I get on the stage, I feel like I’m creating a whole new world. I feel like I’m creating something that is only for us. You can be yourself and you can be the purest version of yourself without having to worry about what people are thinking about you. It’s just good to see how these songs travel live because I make music for shows, more or less, my music is definitely for the show. So to see songs go the way I plan for them to be taken in is just an amazing thing in the end. 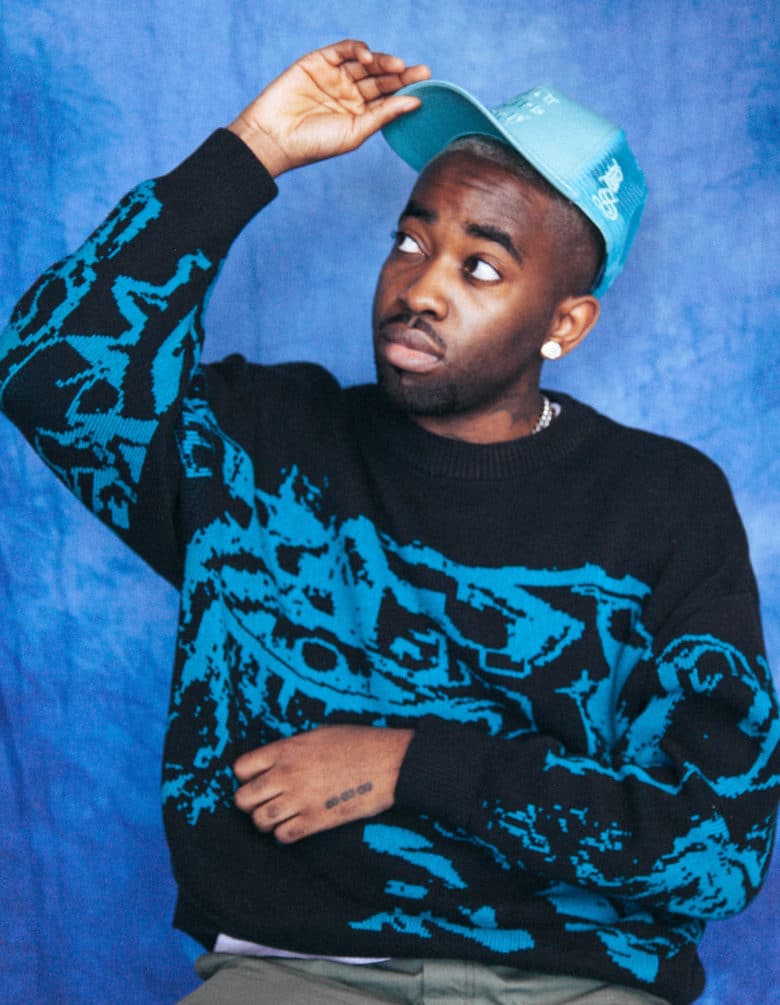 If you could perform alongside anyone on stage right now who would it be and why?

If I could perform alongside anyone right now, who would it be? It’s a tough one. Definitely Burna Boy. I just really love his energy and the way he dances, I just love it. And obviously, I’m always dancing on stage as well. It would just be a combo of this crazy energy, crazy stage presence, you know what I’m saying?

I know you began taking music seriously in the lockdown but was it always something you wanted to do as a career?

This is all based on how I’m feeling on the day. It’s normally based on what I’m wearing. Everything is based on my fashion, my life, everything. And the way I record, I just punch in. So I don’t actually write songs, I just punch in and create a song from it.

What’s your opinion on the current UK music scene? Do you think it’s in a good place right now and is there anything you wish was different?

What song are you playing to get a party started?

If you had to pick one album to listen to for the rest of your life what would it be? 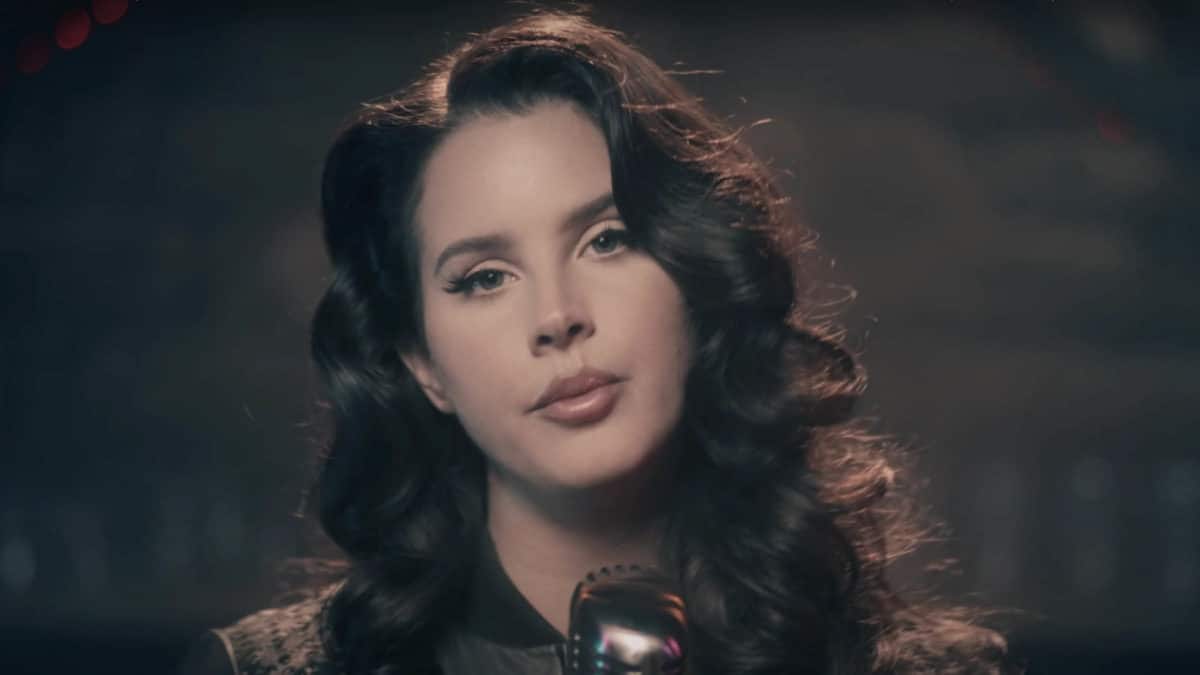