Manchester-born and based rapper Nemzzz made a name for himself with his breakout hit ‘Elevate,’ which racked up over 2 million streams thanks to its punchy one-liners and effortless flow. The 17-year-old’s accompanying music video championed his hometown roots in Gorton, as he showcased what’s to come from the next gen of Mancunian rappers. He barely took time to celebrate, subsequently releasing the freestyle ‘2MS’ as an ode to his successes. This year, his performance at Wireless set him up as a force to be reckoned with as crowds echoed his tunes and buzzed with excitement as they witnessed one of the UK’s brightest young talents tear down the stage. But Nemzzz has been on the music scene since the age of 14, and his video ‘Youngest in charge’ showcased a pithy energy before he had even got started.

Taking inspiration from everything from trap to afrobeats, Nemzzz has proved time and again he’s so much more than just a rapper – and with the addition of his Mum’s own flair for writing music and his Dad’s affinity for reggae, a career as an artist was always on the cards. Still, the musician allows his lyrical skills to take centre stage – and with a debut mixtape slated to drop this year, the musician’s trajectory knows no limits. Here, Nemzzz tells HUNGER why consistency is key and how he’s gone from making music in his dad’s studio to hitting festival stages. 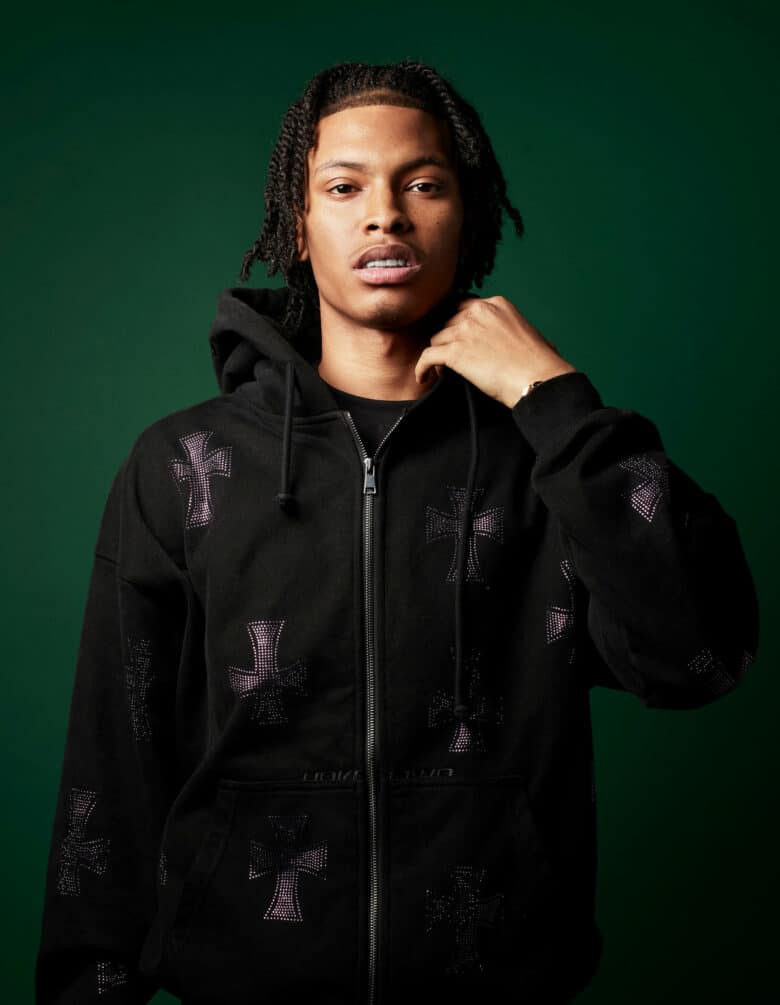 What were you inspired by whilst growing up?

My dad made reggae music growing up and my mum wrote music too.

Michael Jackson’s Off The Wall.

My creative process is very beat led. If the beat speaks to me then I’ll write to it

I think I’ve got more things to talk about now because everything in my life is changing very quickly. Last year I was in Manchester making music in my dad’s studio at home. Now I’m here with you guys.

Performing at Wireless and my single ‘Elevate’ hitting 1 million streams both felt crazy.

I like the Jersey Drill sound. My song ‘ABC’ was me showing that I’m versatile so you might see more of that.

Just stay consistent and don’t give up. Even if you feel like quitting, just keep going. Slow progress is better than no progress.

Just to make sure that my name travels and my music speaks for me so I don’t have to introduce myself.

I have my debut mixtape coming next year. We have a title and a concept ready. It’s probably 90% done now just putting the finishing touches together.