When I enter my Zoom meeting with AnnaSophia Robb, she’s enjoying some downtime in LA, somewhere between working on her crochet and doing a dance class via Instagram live with Ryan Heffington. Normally living in New York, the truth is that she’s stranded in City of Angels after a job that she was working on was postponed due to COVID-19. Despite this, she seems in high spirits, and even though I’m catching her early on a Friday morning, she’s more than willing to have a good gossip. Truthfully, I think we’re both grateful for the social interaction.

AnnaSophia is an actress whose work you’re probably familiar with. If you didn’t see her in Tim Burton’s Charlie and the Chocolate Factory as trophy-hungry Violet Beauregarde, you’re likely to have seen her as a young Carrie Bradshaw in Sex and the City prequel, The Carrie Diaries – the dream role, right? To put it matter-of-factly, she’s had a pretty impressive child acting career, and is doing just as well in her adult life. Most recently, she’s been appearing in the new, critically-acclaimed TV show from Reese Witherspoon and Kerry Washington, Little Fires Everywhere, based upon the best-selling book by Celeste Ng, where she plays the younger version of Witherspoon’s character. She also has a string of projects underway, some wrapped and ready for release and others currently in the pipeline.

When we finally set outside our idle chit-chat and got the interview, AnnaSophia filled us in on what she’s up during isolation, coming in Hollywood during her teens and traces some of her favorite roles to date.

Firstly, where in the world are you right now?

I’m in LA right now. I live in New York but I have been out here for a couple of months and then when everything got locked down I ended up being just here which has been a blessing because I love flowers and I love nature.

I guess LA is a dream place to be quarantined….

It’s weird because LA isn’t much of a walking city, but I’ve seen more people walking around and at the park than I normally would. Everyone is keeping a safe distance apart but I think part of the reason LA hasn’t been hit has hard is because everyone is usually in their car…

What kind of things have you been doing to stay busy?

I have actually been able to stay pretty busy, but that’s not necessarily a good thing. I think I’m spending some time reevaluating what we value. I don’t have a job right now, I was supposed to start a show but everything is on hold, but I have been trying to do workouts everyday and getting my blood flowing. I have been doing Ryan Heffington’s dance class and they are so much fun! You can see 6000 people on Instagram live and everyone is dancing along and shaking their butts and jumping around. I love that idea of community so that’s a really good way to start the day! 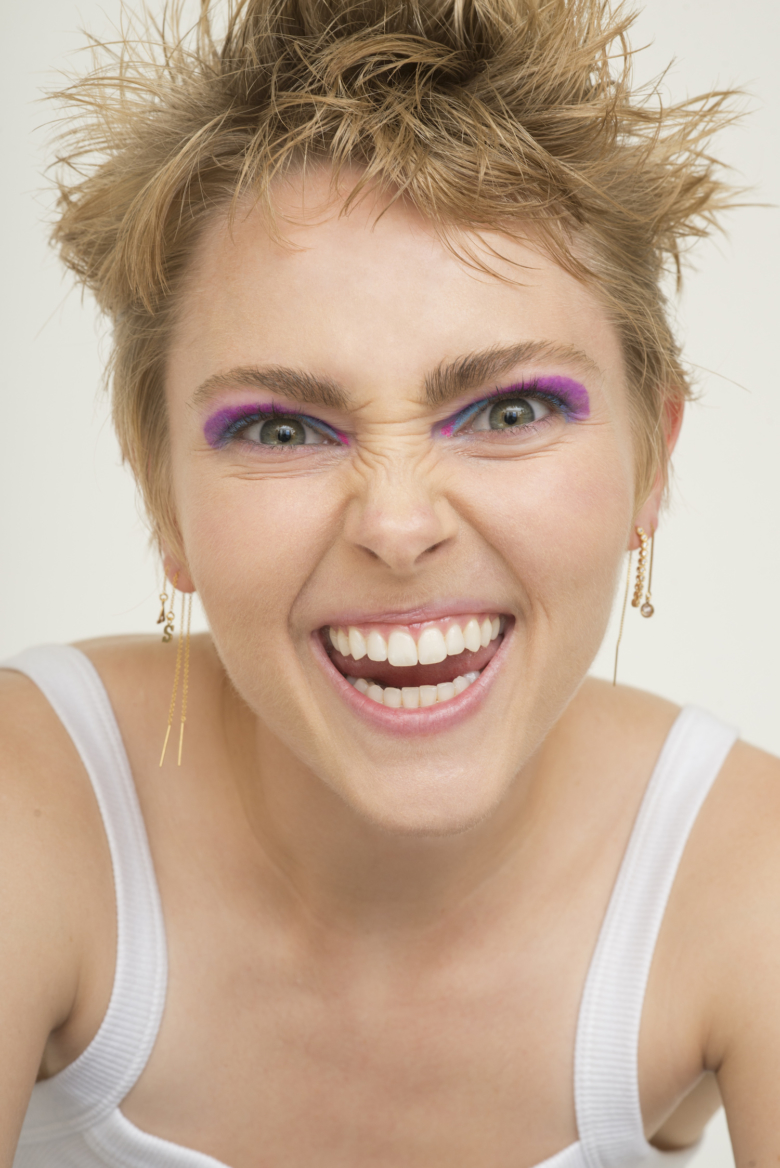 You mentioned you were working on a project that was postponed. What’s the process of that?

I think everything is up in the air, studios are waiting for the government. Productions shut down before any of the quarantines were actually in place. They were meant to start filming on March 16th and they were like ‘nope we are shutting down for the next 2 weeks and then we will we reevaluate’ but I’ve heard from other people that some other productions won’t start back up until July or August or even September, which is so far away. On the other hand I feel like I have been pretty busy, as everyone is staying at home, I’ve put a lot of auditions on tape and done a lot of prep work and there’s a lot of scripts coming out, so I think people are trying to get organized.

You started acting quite young. Did you always know you wanted to act from an early age?

I think when you’re a kid and you want to do something and you don’t really know what that means. My mum tells me that from the age of 2, I used to point at the television and be really emphatic about it. When I was 8, I took an acting class in Denver and I just loved it and nothing made me happier and I was with a bunch of adults, in an adult acting class! My parents were like ‘OK, we’ll give this a shot’. They were In no way enthusiastic about it. I  ended up going out to LA as I got picked up by an agent. I had so much fun auditioning and when I got my first project, I was 9 years old and I didn’t feel any of the stress. My mum says she was so nervous and she tells me now that she was like ‘there’s this movie and it’s riding on the shoulders of my daughter and she is completely unaware’. I think that is the way to be as an actor, like you turn up, do your job and do your best but don’t overthink anything.

Looking back on some of the projects you have done, which ones would you pinpoint as your faves?

I think if I was to look at landmark turning points or mental trajectory as an actor, I did this movie Sleepwalking with Charlize Theron when I was 12 and that had a really big impact on me. I worked with Dennis Hopper and Nick Stall and Charlize, and it was very intimate and very indie. It was Charlize’s and Denver Delilah first film and now looking in the era of #MeToo, she was such a powerhouse in the way that she produced it and was so involved. I felt very empowered [by her] and that was a real turning point for me. I would also say Little Fires Everywhere was [a favourite of mine] even though I’m only in two-ish episodes. It has always been a dream of mine to work with Reese Witherspoon. She is such a gamechanger and such a hero of min. There were so many women on set, I was able to shadow Reese and see all these women collaborate and I felt very empowered in terms of asking questions. 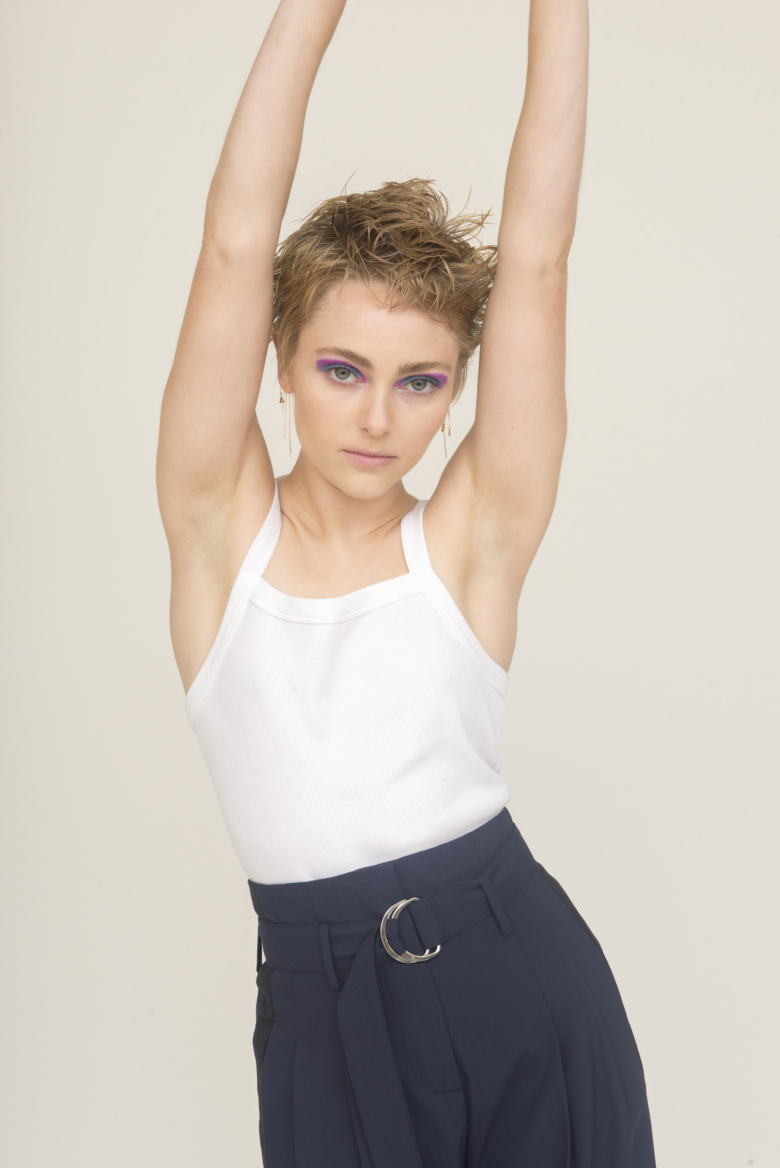 What was it that attracted you to that project specifically?

I auditioned for this because I loved the book. It was incredible. It’s such a great story and when I got the breakdown and it was a young Reese Witherspon and my episode is where Elena’s story becomes fully unraveled, that was really exciting new territory for me as an actor and I had never played a mother before. Actually, the two films I’ve done since I’ve played mothers which is weird because I’m like ‘OK, I guess I am at that age!’

Aside from work, tell me a bit about what you like to do to wind down?

I have been mediating which I enjoy quite a bit! I do embroidery, I read, I like to watch movies. I am not a very good cook but I do enjoy it. I hang out with my friends a lot. I’m looking to produce so I am trying to read books. In New York my hobby would be going to the theatre. 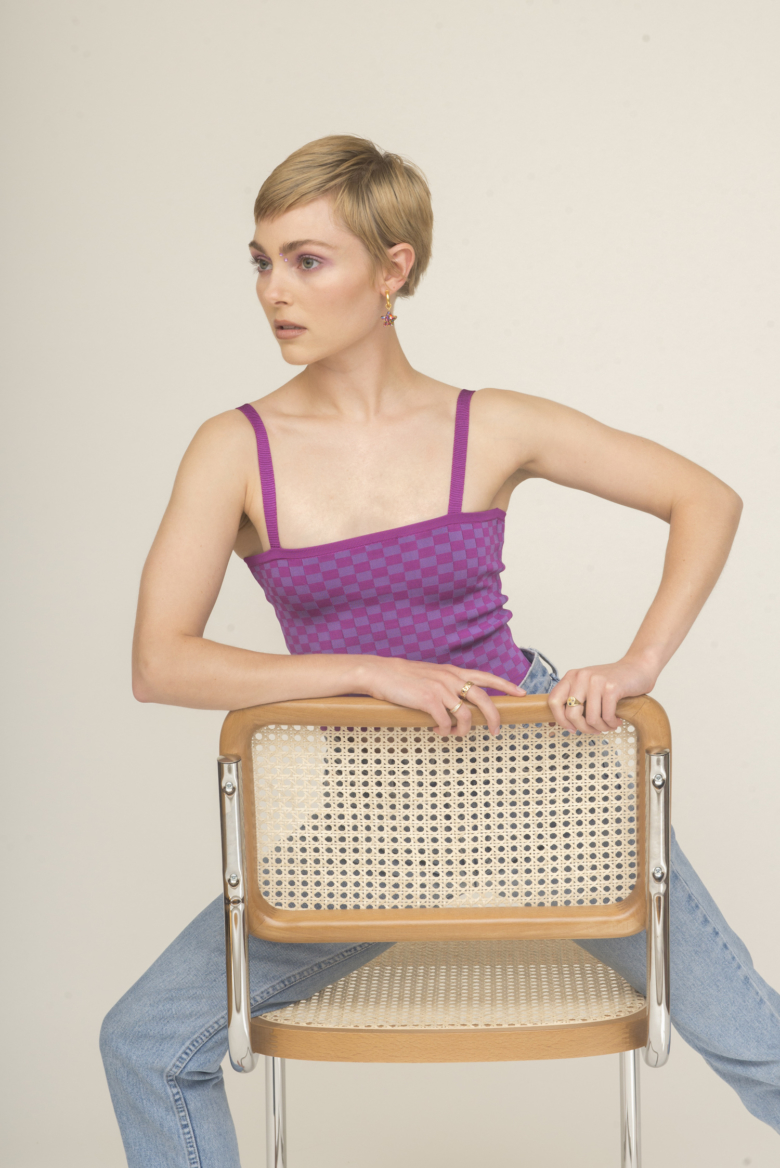 I have a project called The Expecting it’s a quibby show coming out around Halloween but they might change it as everything is being pushed around. It is very different. It is like a horror body thriller and is by Mary Harron who directed American Psycho. It’s a wild story, like I shaved my head and I’m pregnant and I melt into psychosis… so that will be coming out later this year. I just finished a movie called Lanskey. I play Meyer Lanskey’s wife. I was also about to begin Doctor Death, a TV show based on a podcast, so once this is over I’ll be returning to that!

To end on a positive, what is that you are excited about now or what are you positive about in regards to the future?

There is so much tragedy and suffering happening right now but I think people are really resilient and I hope things don’t go back to the way they were. I am excited to see how people will treat each other differently and enjoy their family more. I think when you go to a gas station or grocery store, there’ll be more respect for the people who get overlooked in our society as they really are the backbone and they are holding up our country right now. Everything would fall apart without our nurses, gas station workers, store staff, delivery people and I hope there is more understanding and value for human worth and that they all really matter. 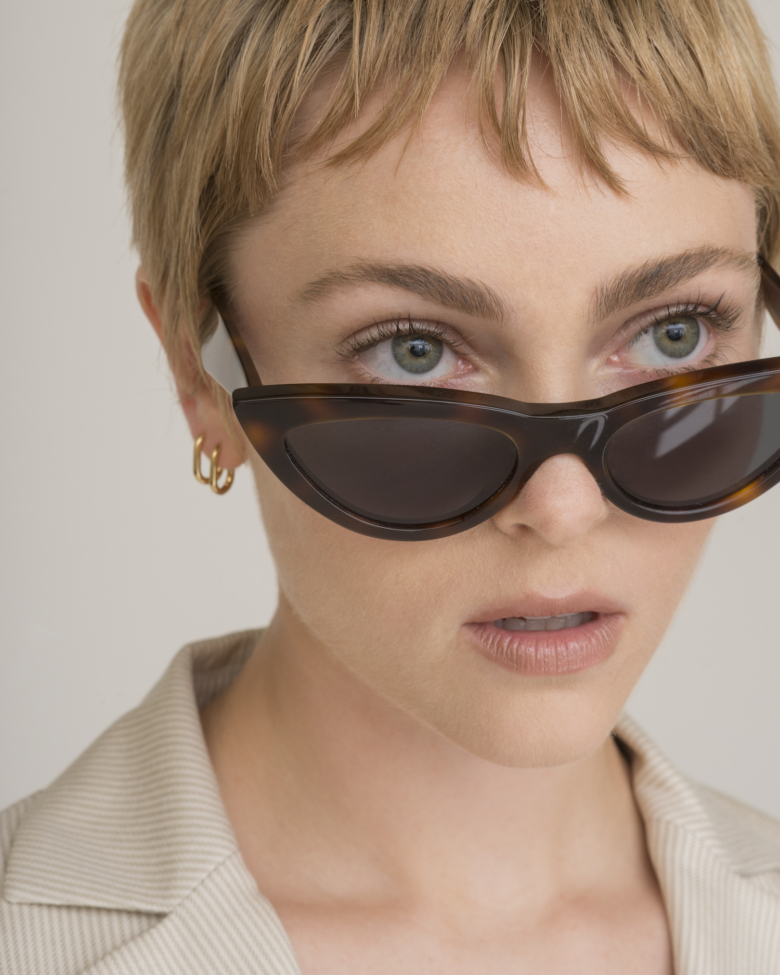 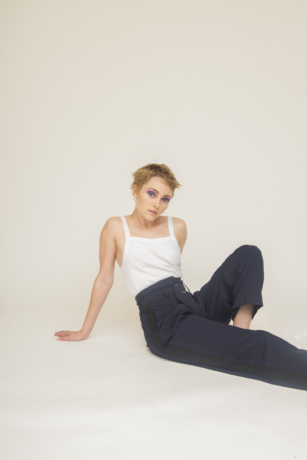 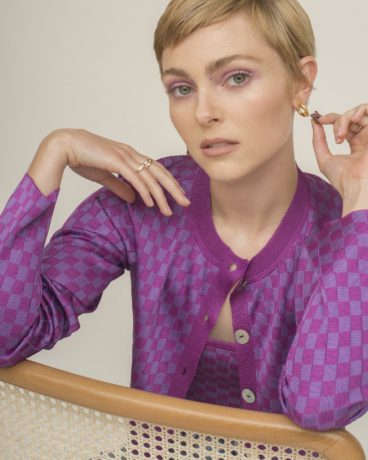 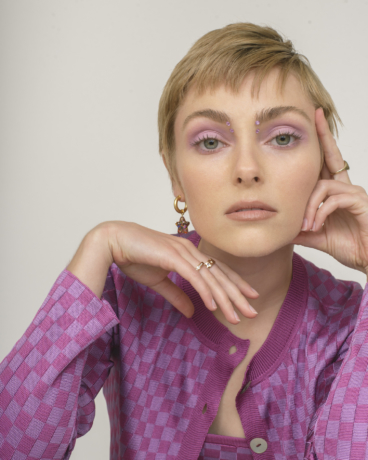 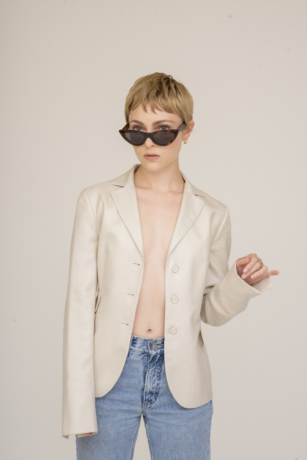 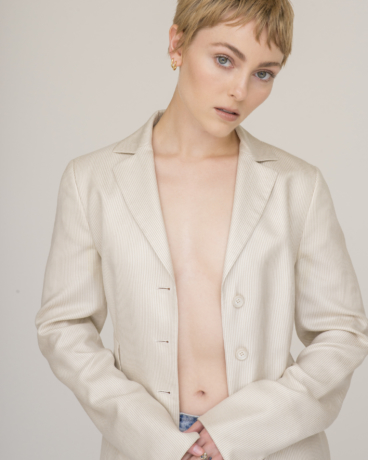 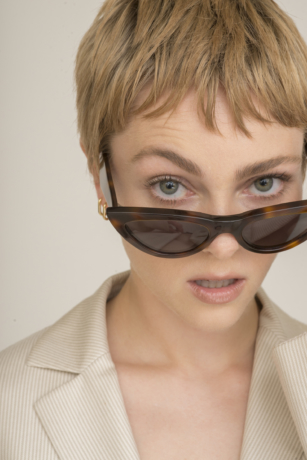