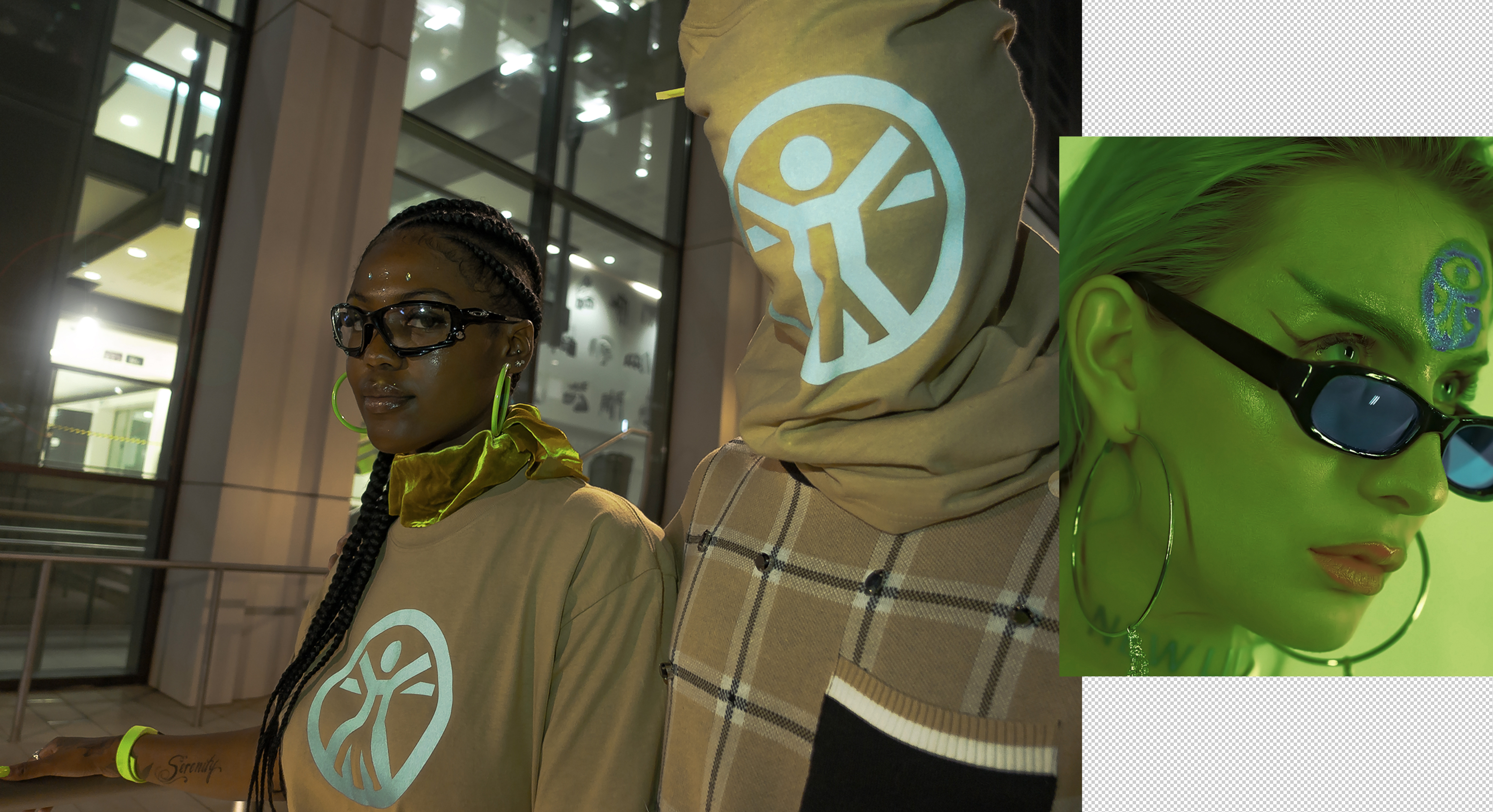 Algorithms are decision makers. They’re built to free ourselves from monotonous tasks. But online they’re often implemented in ways which worry or concern users, as we’re presented with a homogenised feed of content. Where we see more from the same popular creators, and less from the innovators from where ideas generate from. Along with this, these innovators continue to be ripped off and not paid for by their ideas.

This is where NEW LIFE was born out of, frustration.

For those out there who have missed the enlightenment could you explain what New Life is?

NEW LIFE is a technology designed to organise, value and monetise aesthetics. Most of the economic models that exist today rely on industries. You have the fashion industry, the modelling industry, the art industry, the drink industry and the tech industry. We believe this model is old and irrelevant. Today people organise around aesthetics. For example, the hipster life aesthetics, which connects with drinks (beer…), with lifestyle (barber shops, Starbucks…), and industries have to fit in the hipster aesthetics in order to sell.

The hipster aesthetics was started by Vice media in Canada with the “dos and don’ts” series, which helped the hipster wannabes understand the rules, how to dress and behave. This was just the beginning of something much bigger, a tsunami is upon us; the World and the economy will be driven by aesthetics. After the trap aesthetics currently driving huge sales for fashion conglomerates and other industries like alcohol and pharmaceuticals, there will be an entirely new economy of aesthetics that will diversify and spread faster every day.

NEW LIFE will be the technology that accelerates this process and enables creators, curators and influencers by offering them an economic incentive structure that understands the dynamics at play in this new aesthetics economy. We are not a brand or a social platform, we are more like an engine or an extranet that will help our users build their own brands and networks.

So in simple terms – how does the mechanics of NEW LIFE work? and how does it work for the user?

There are three main features on NEW LIFE: creating, curating and inviting.

If you’re an artist and don’t have sponsors, or your pitches don’t go well because you’re too avant-garde, you can simply attach your NEW LIFE invite code to your project and generate commissions on each transaction happening on the platform. You don’t need to ask permission, as long as the people who register buy something, you will get paid as an affiliate like most commerce platforms do.
If you want you can also submit your creations to the community, either as free content or as a digital or physical product, and it will find its way towards the people who like it, thanks to the algorithm.

Finally, if you are a curator, you can tap your screen and allocate power to the contents you like and receive compensation for your data and curation process.

All the value generated by the community is represented by a cryptocurrency token called the NEWCOIN. It allows anyone in the world to receive money. For example in Nigeria, sending money with western union requires a minimum amount and costs about 10%. With our crypto, our goal is to allow them to get cash over the counter and make a living out of curating and creating content. It’s a global currency that facilitates all the flow of value between users.

hydra is small, simple and possessed many heads. it undergoes morphallaxis when injured or severed and it appears not to age or die. discover the world of @agf_hydra 🌱

Where did the idea and need for New Life come from?

It was born out of twenty years of frustrations dealing with industrialists. I was running a digital agency specialised in lifestyles, working with top tier brands. While doing so I saw the evolution from the internet trying to digitalise aesthetics, to the internet becoming the source of aesthetics. In 2006 we were begging fashion brands to allow us to take pictures and promote them on our million user website, in 2010 they were begging us to cover them and now most fashion brands are built from inspirational moodboards they build from Tumblr and Instagram pictures. But all the people who participate in this collective aesthetics consciousness are not paid. If you’re a teenage girl from Mexico and you have an amazing idea, some cool brand from Paris or London will take it, and put it on their runway, and it will sell. That’s all good, but we want also the Mexican girl to make a few thousand bucks for that. Out of all this unfairness and inefficiency, we decided to build a new system, and we started working on it back in 2016.

Over recent years, AI and algorithm technology have been implemented across every social media platform, often resulting in disapproval from users – most notably the Instagram algorithm. What’s your opinion on the implication of these technologies on sites like IG and Facebook?

As Mark Zuckerberg says his employees: don’t listen to what users say, look at what they do. If we look at data, people complain but still use Insta and Facebook. It means they find some kind of value there. I personally do. I believe those products are amazing and extremely well designed.

The problem all those tech giants will have is that their shareholders want short term returns and they have to push harder on extracting value from their users, which means collecting more data, more ads, less privacy. In order to make billions, they will have to alienate and grind their users to unhealthy levels. That’s what concerns me with those platforms and I think that’s why if they don’t change they will eventually pay the price. We will see giant diasporas happening when good alternatives will emerge.

And how does the AI featured in New Life differ?

The main difference is that the desired outcome of social media algorithms is increased screen time, while our algorithm is designed for qualitative interactions. For example, our consensus algorithm rewards people who curate smartly and post aesthetically strong contents, as opposed to rewarding users who post their outrage or some cute but useless funny cats videos. The consequence is that on traditional social media you can see a curve where the edgier people get the least followers they have, while on new life, it’s the opposite.

Because an algorithm filters, there have to be angry people. If you’re filtered out, you’re frustrated, that’s normal. Then some users adapt and improve, while some just go scream their anger everywhere, we all have our life strategies (wink)

"If we want the aesthetics economy to flourish, we can't rely only on virtual screens"

Another important topic for online platforms is censorship, particularly censorship of the body and marginalised communities. Where does NEW LIFE stand on this?

Unfortunately, this doesn’t depend on us, we have to follow the guidelines of the mobile app stores which are quite strict and vague at the same time. For example, they require us to ban users posting “objectionable content” whatever that means.

How do you think we can use user networks like NEW LIFE to begin to create not only meaningful online communities but also in real life?

A very important point I forgot to cover: the purpose of NEW LIFE is to take people out of their screens and meet, create collectively, which is why we are building a feature called the radar, which finds other users near you. It’s like the tinder of aesthetics creative. instead of meeting for a date, they will meet for shooting editorials, sewing garments and collaborating on music videos.

Head to newlife.ai to learn more about how to gain access to NEWLIFE. 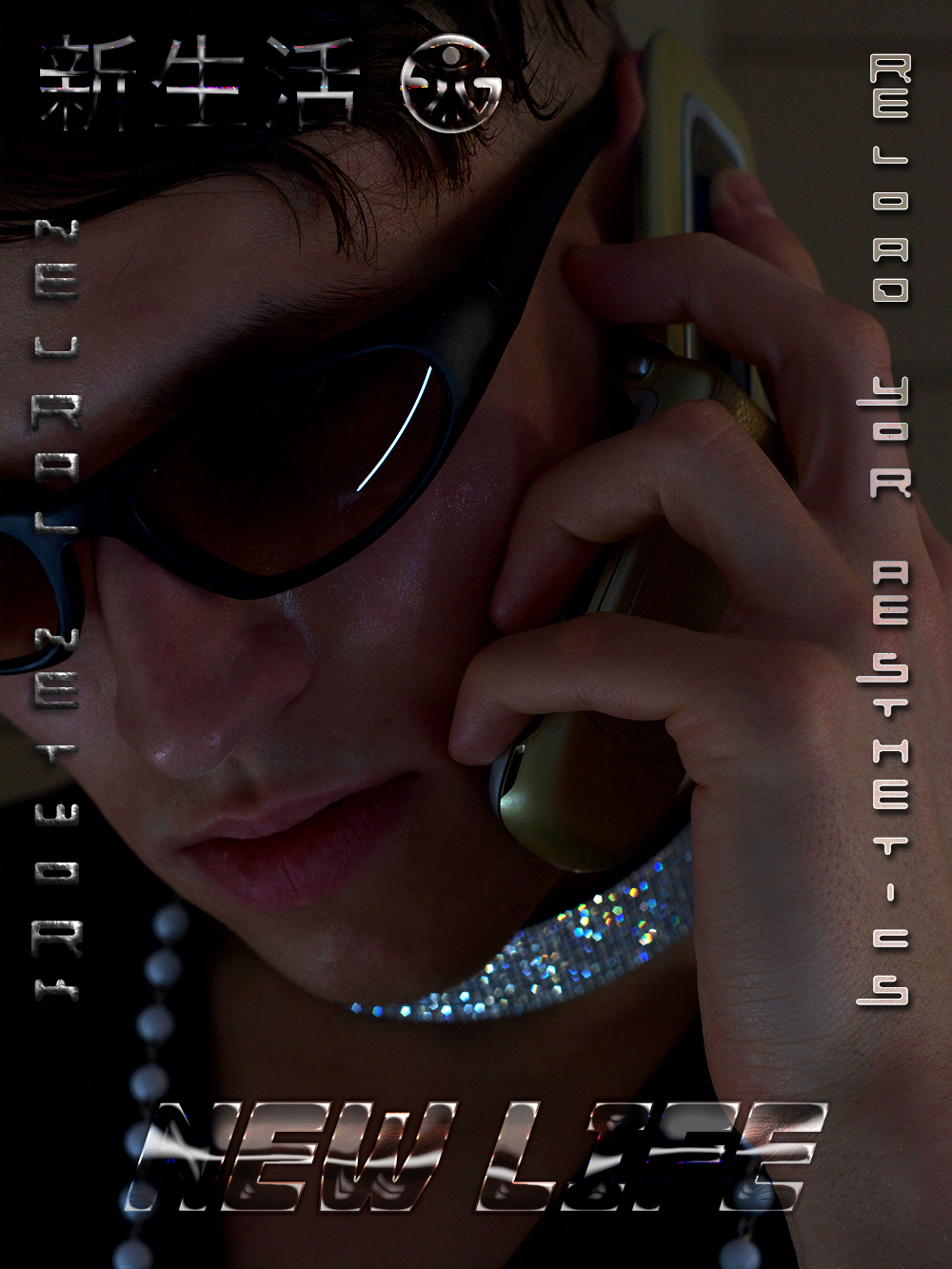 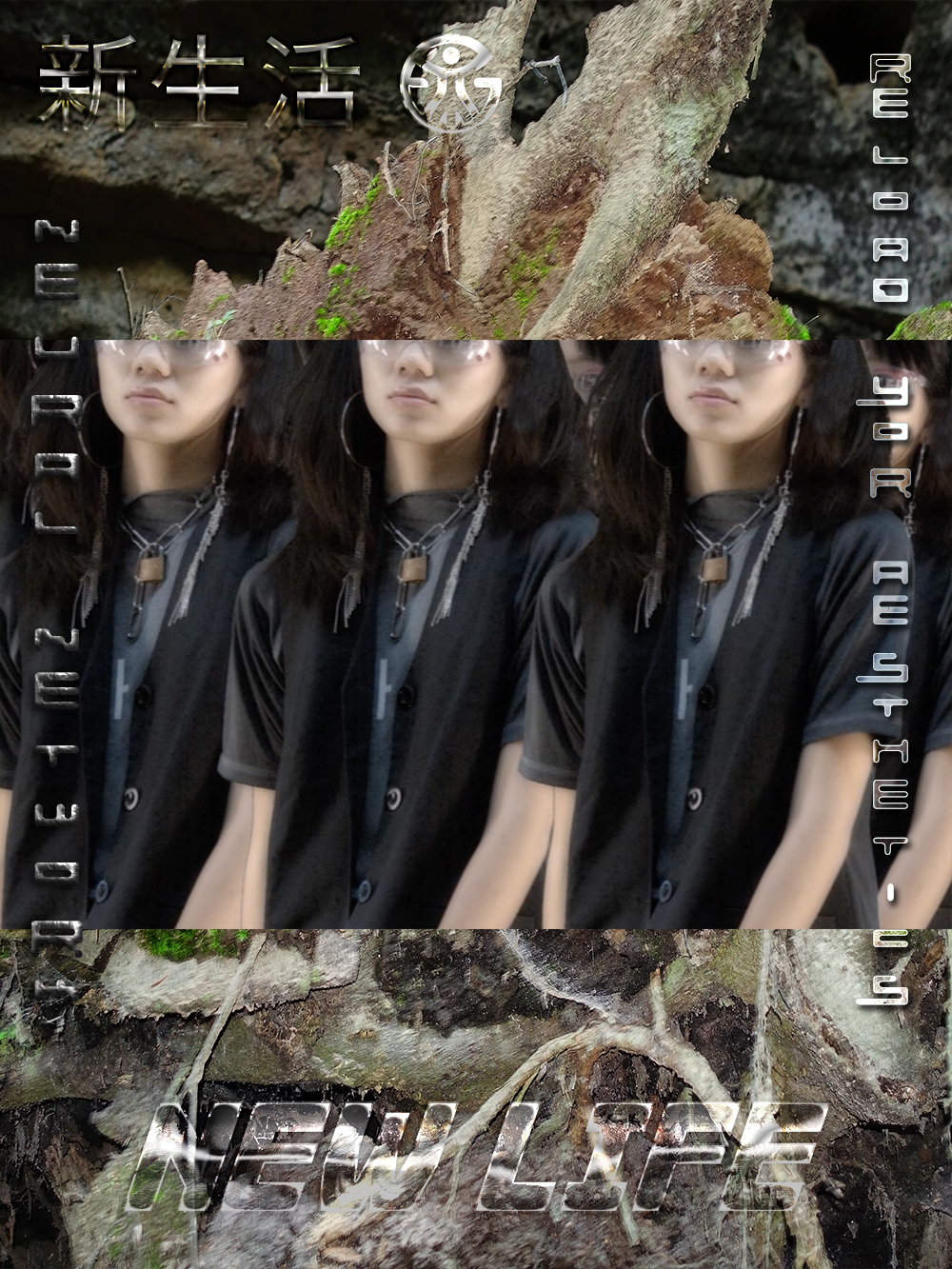 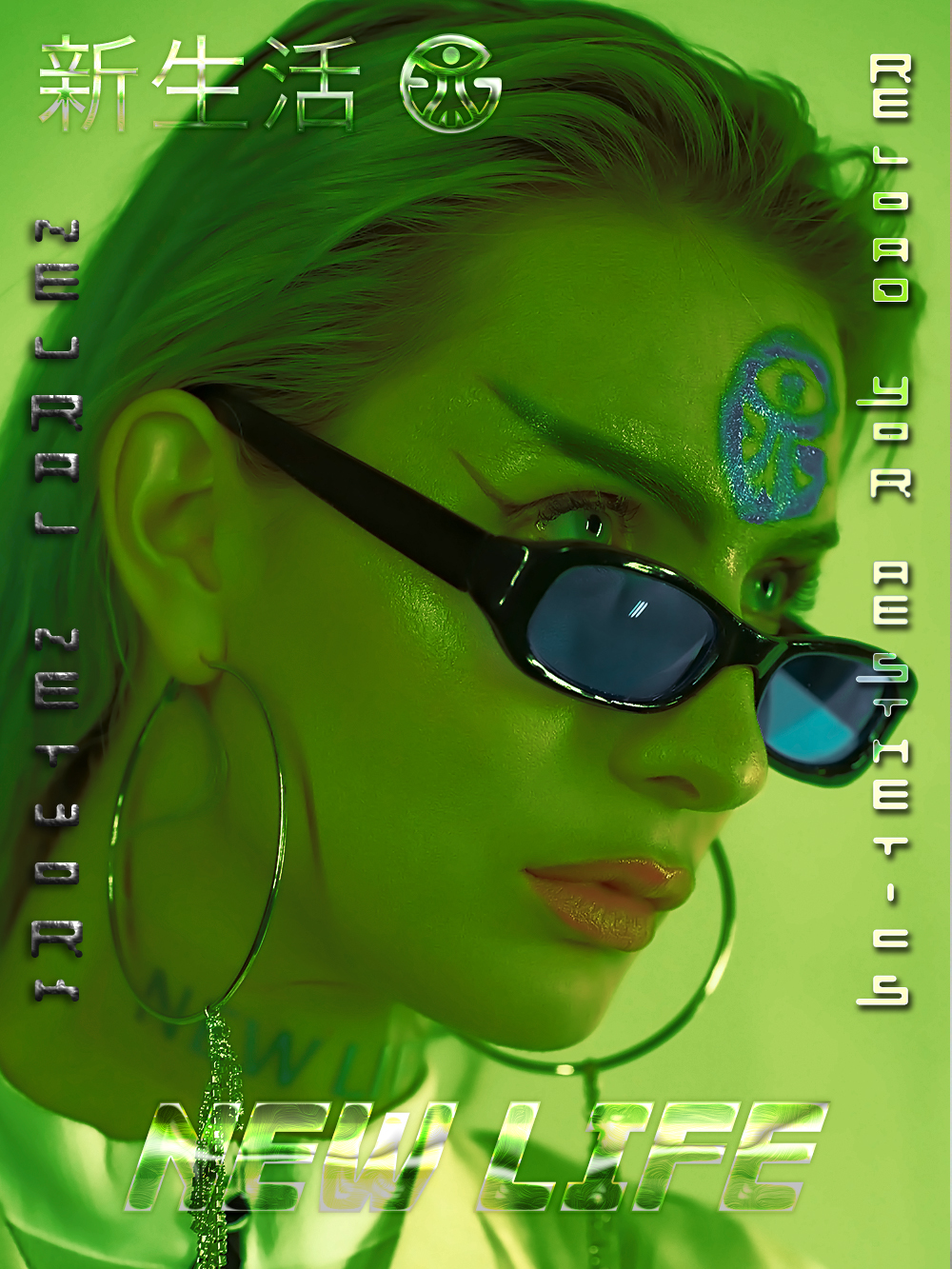 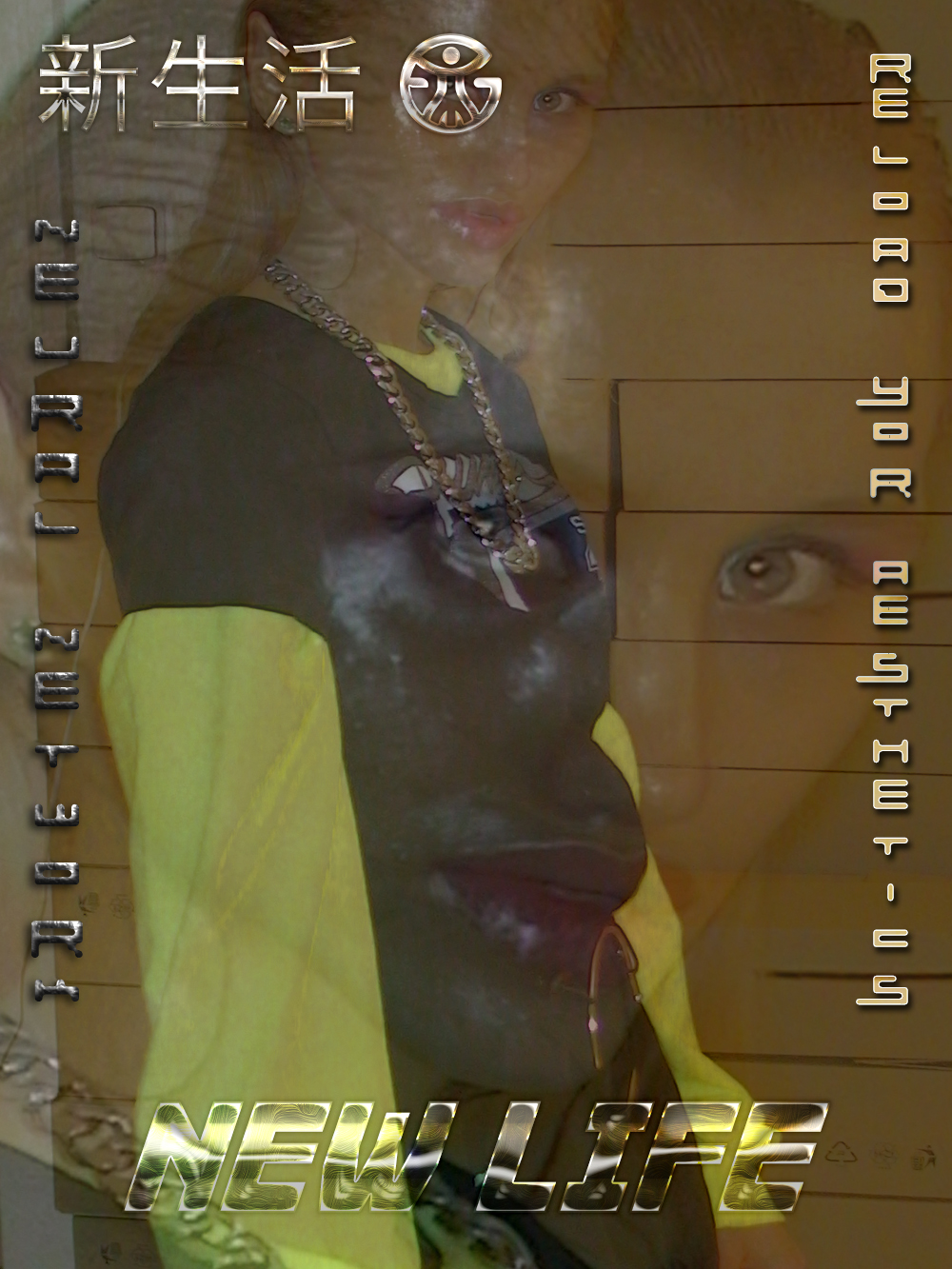 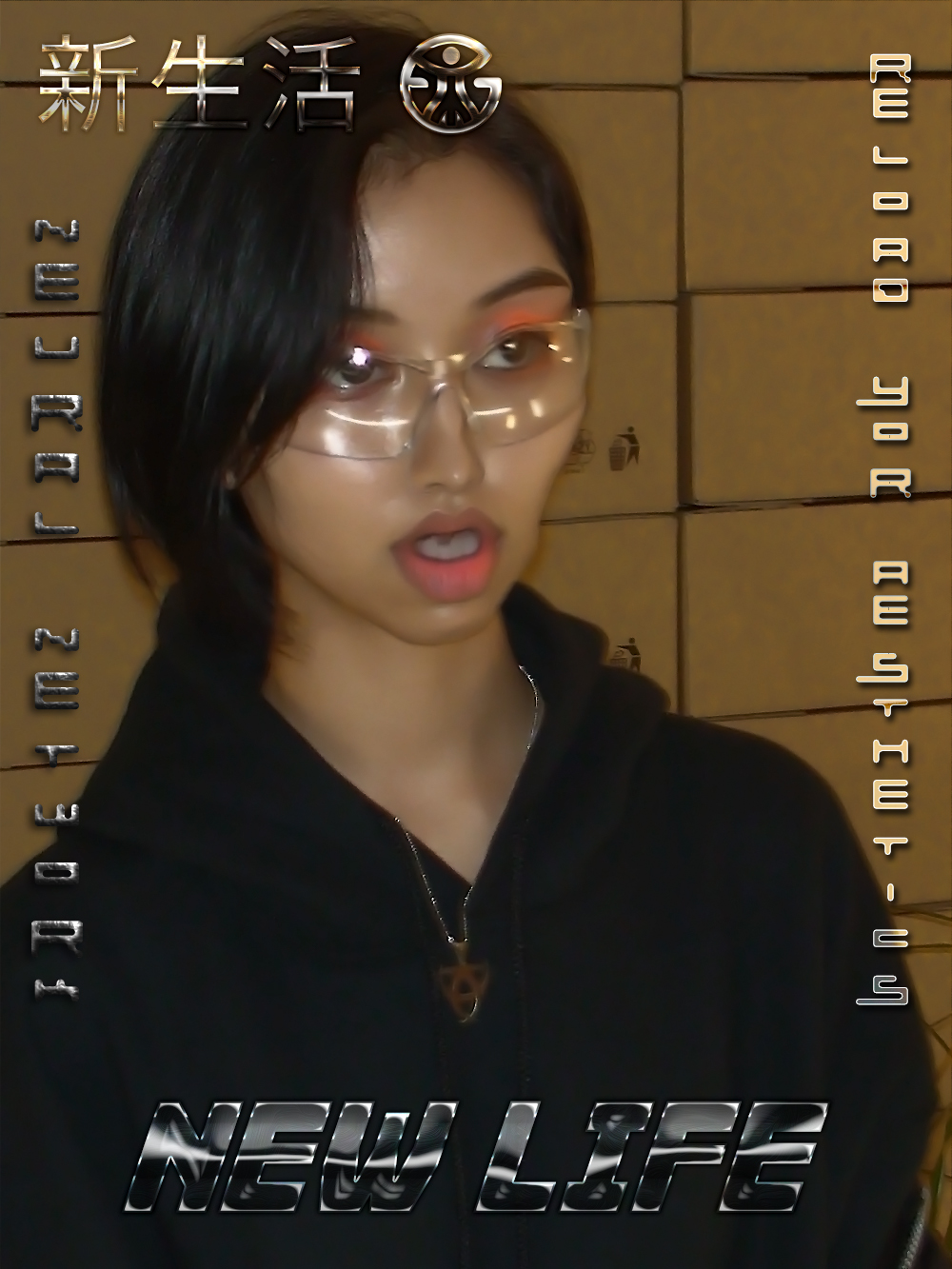 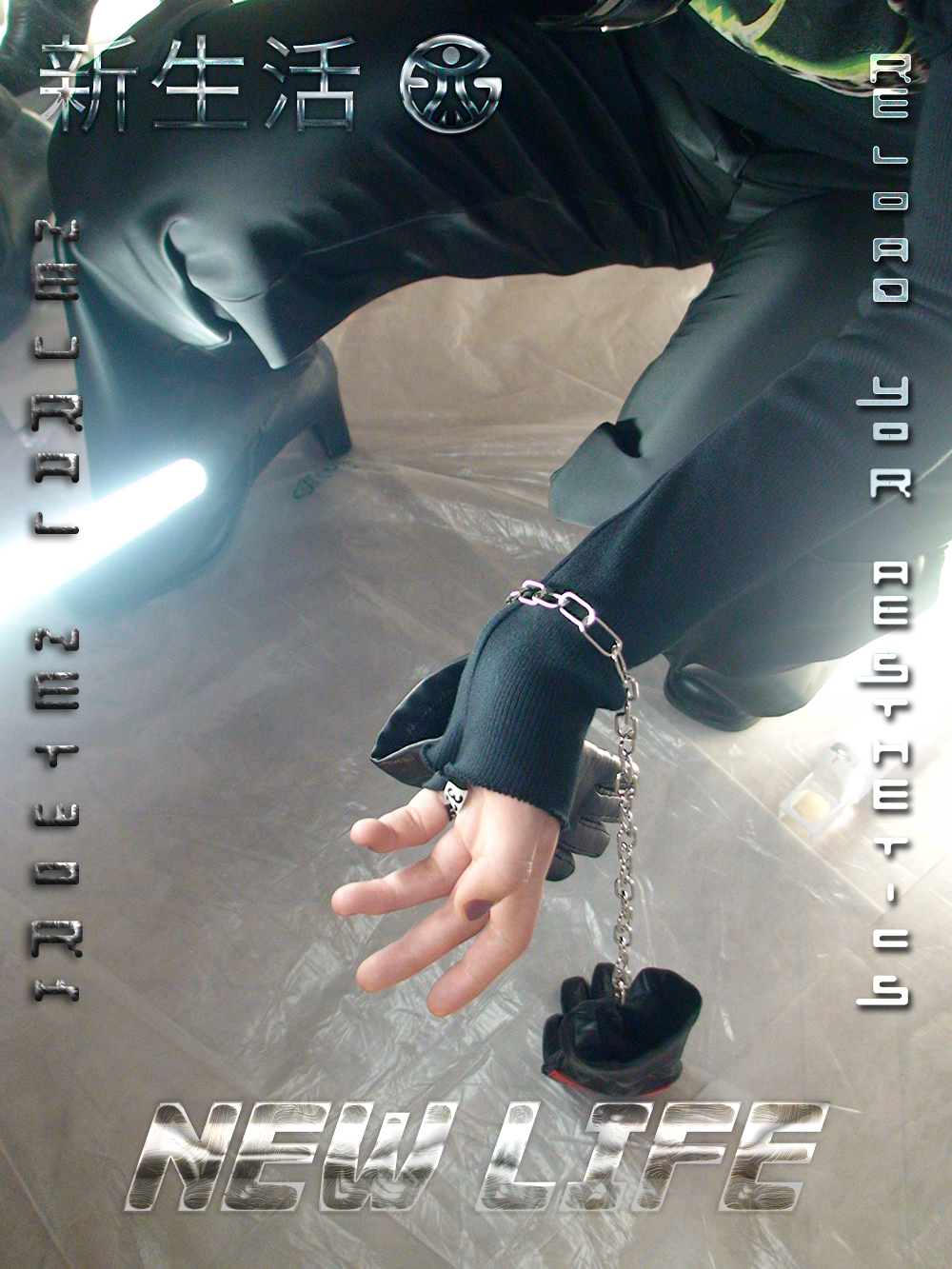 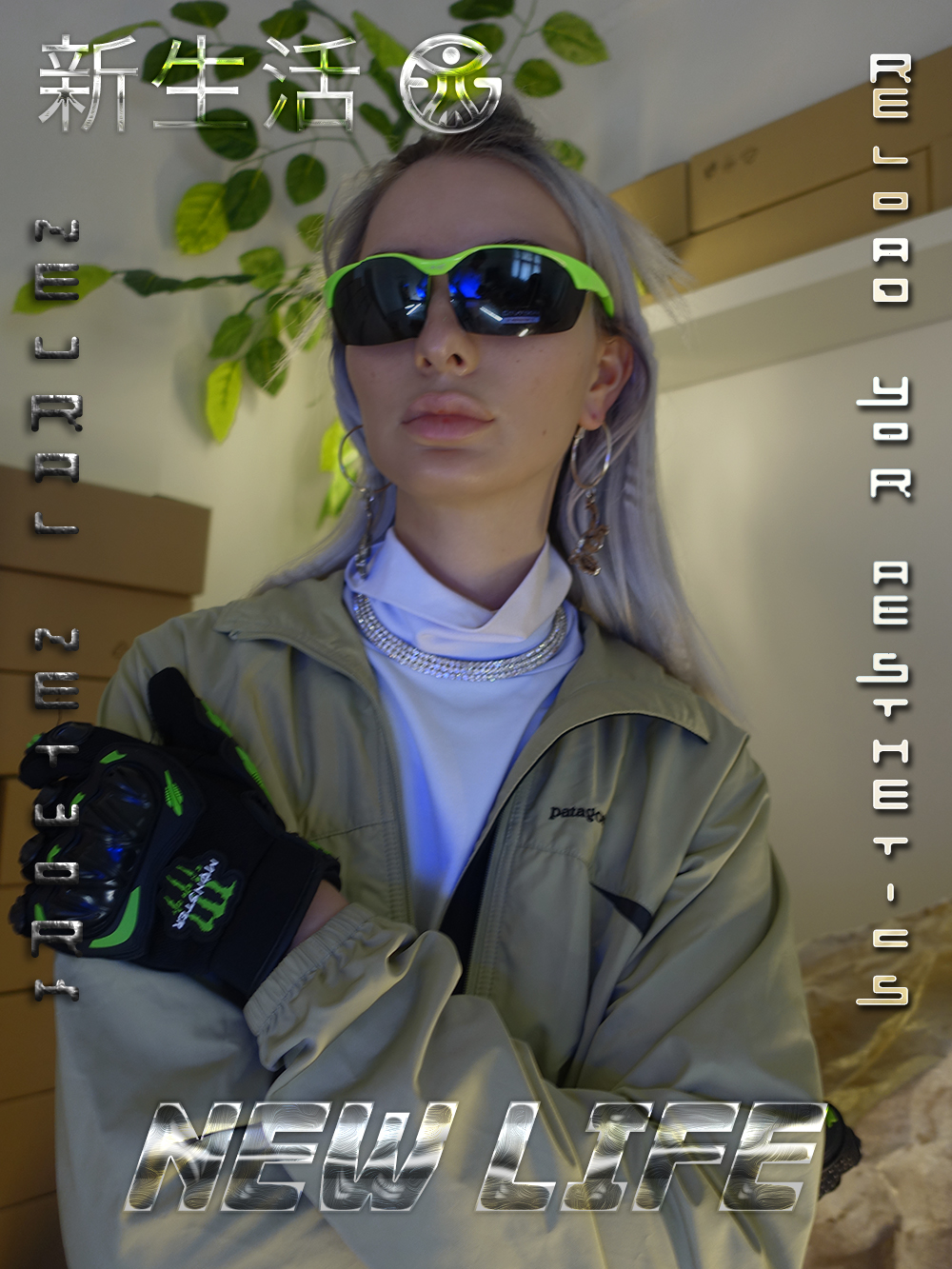 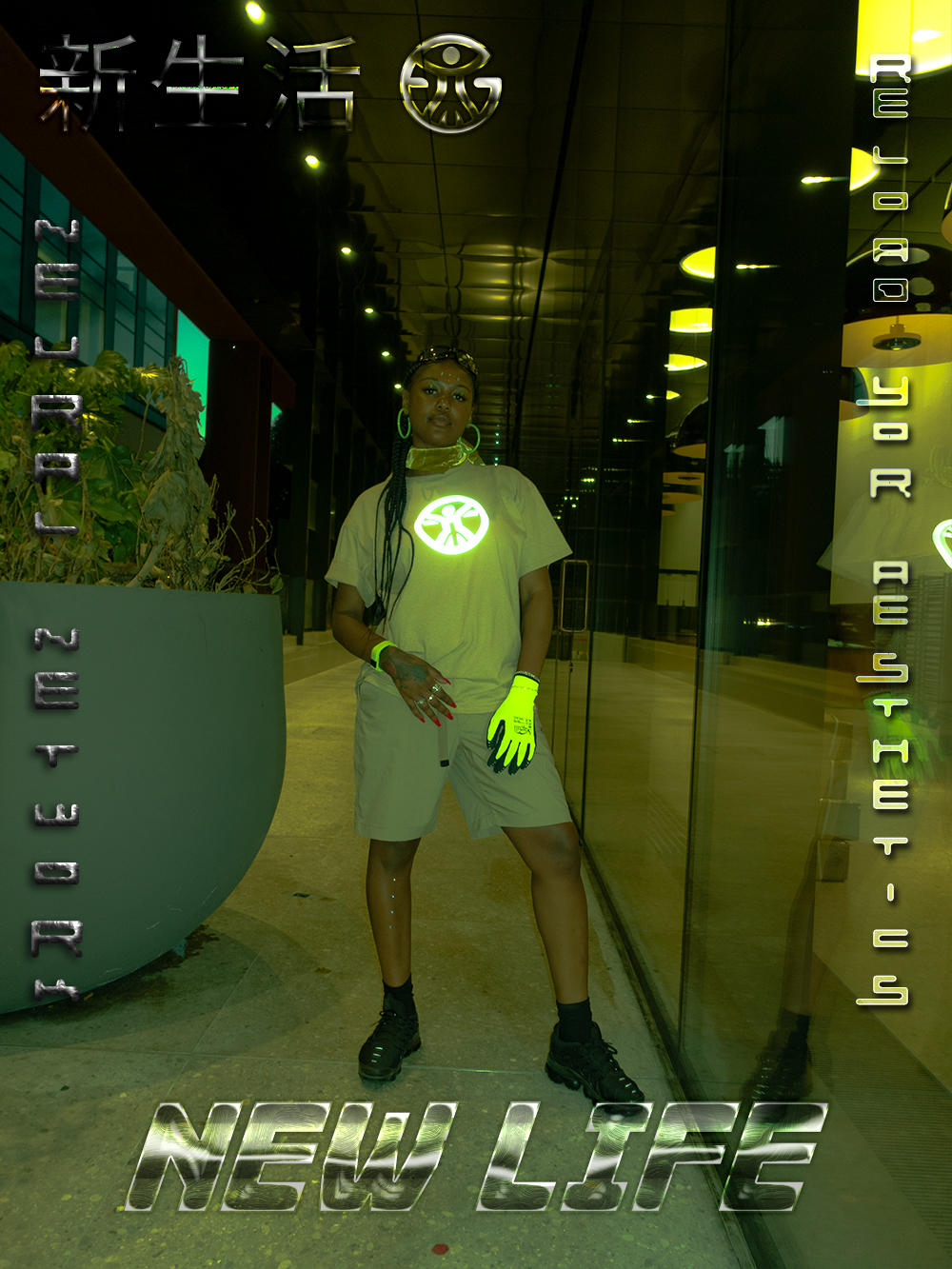 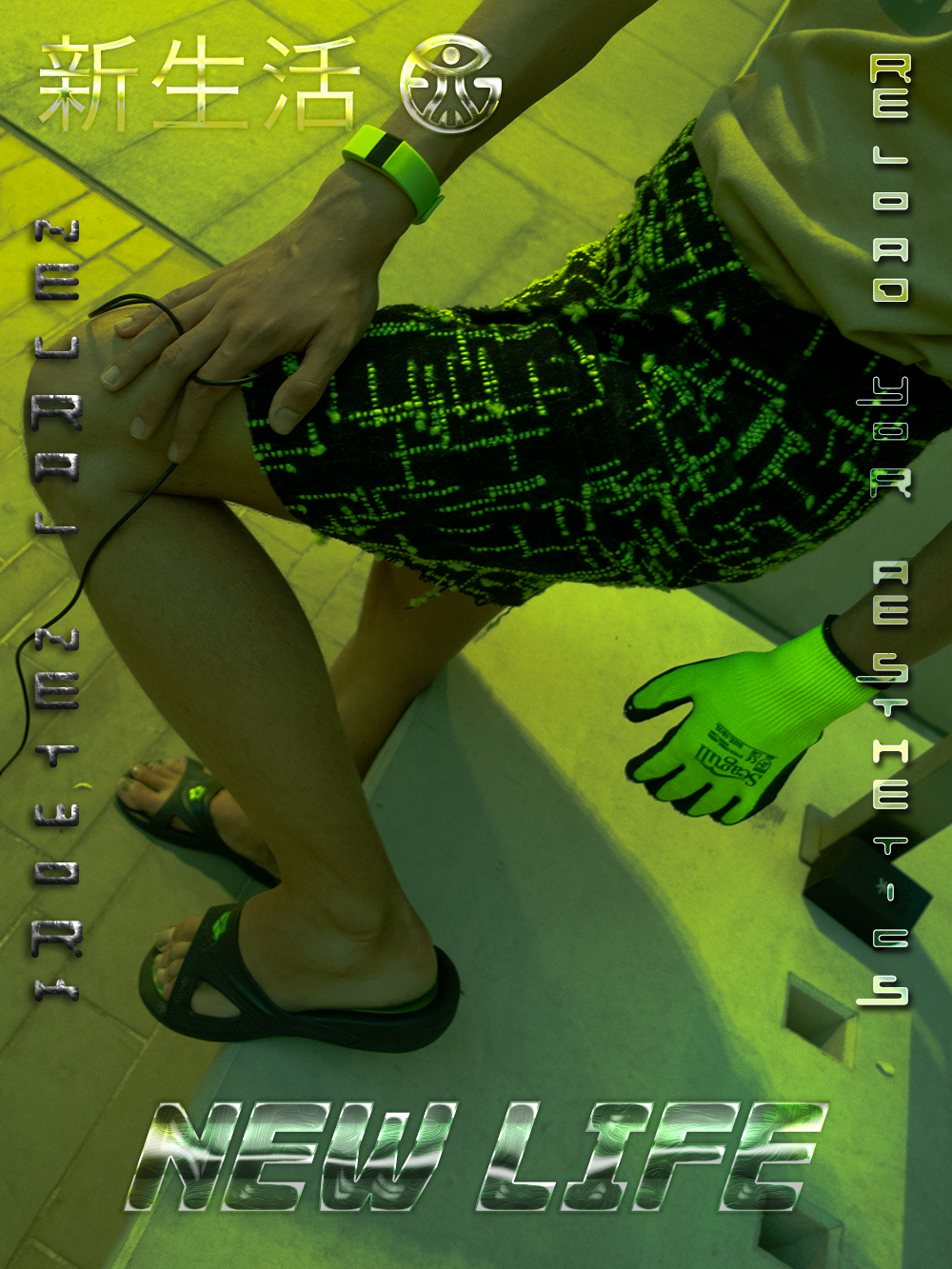 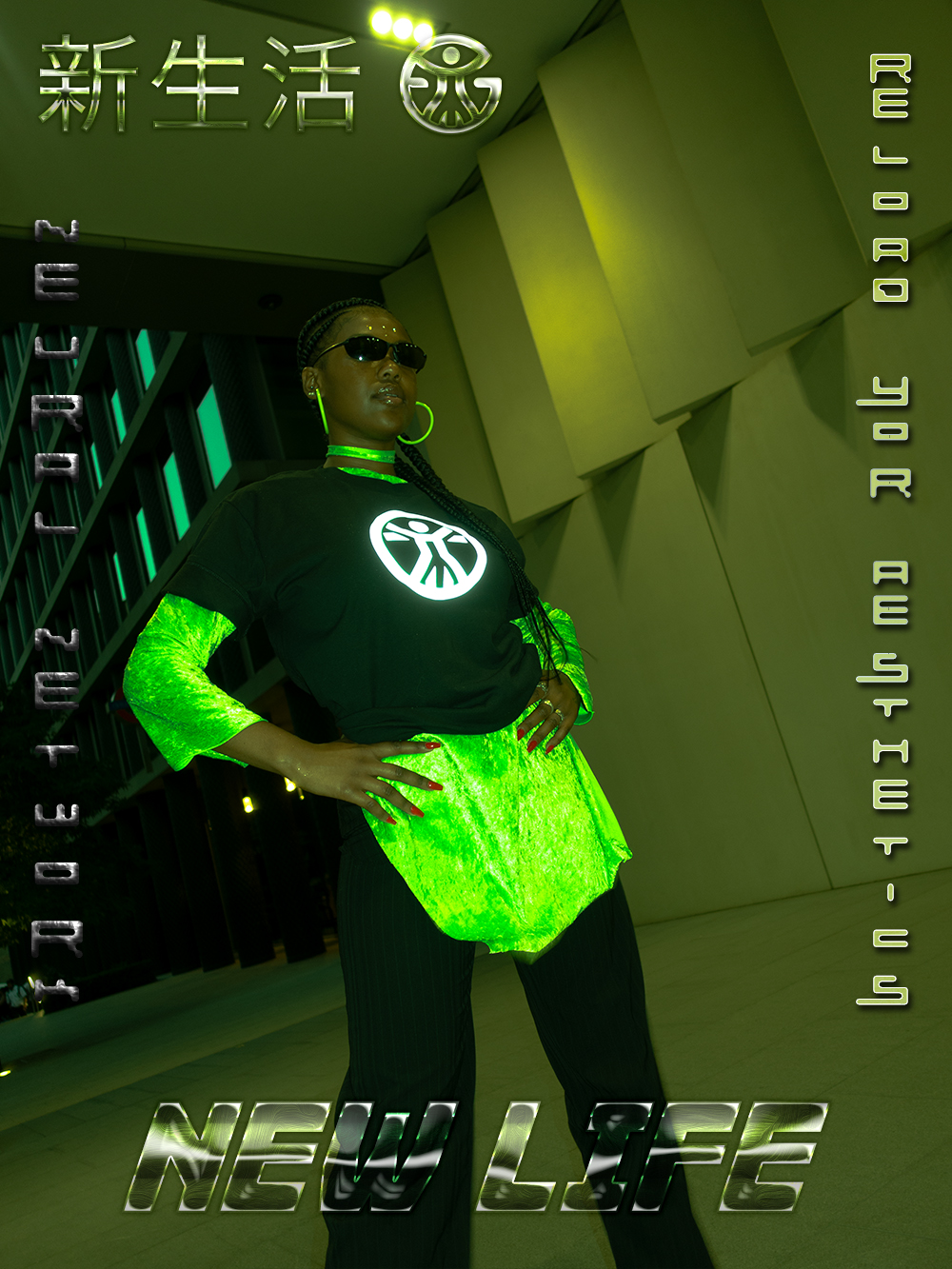 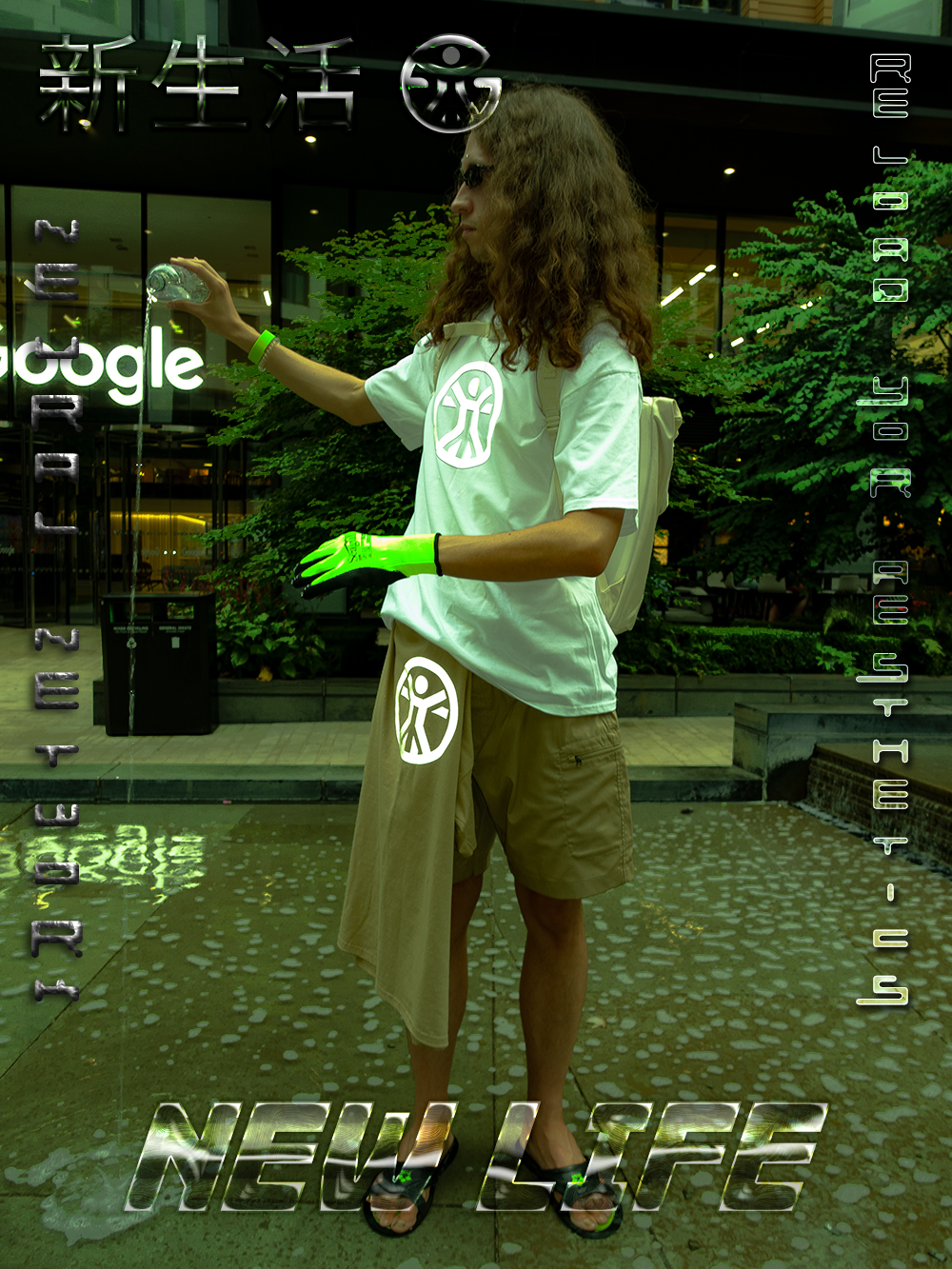