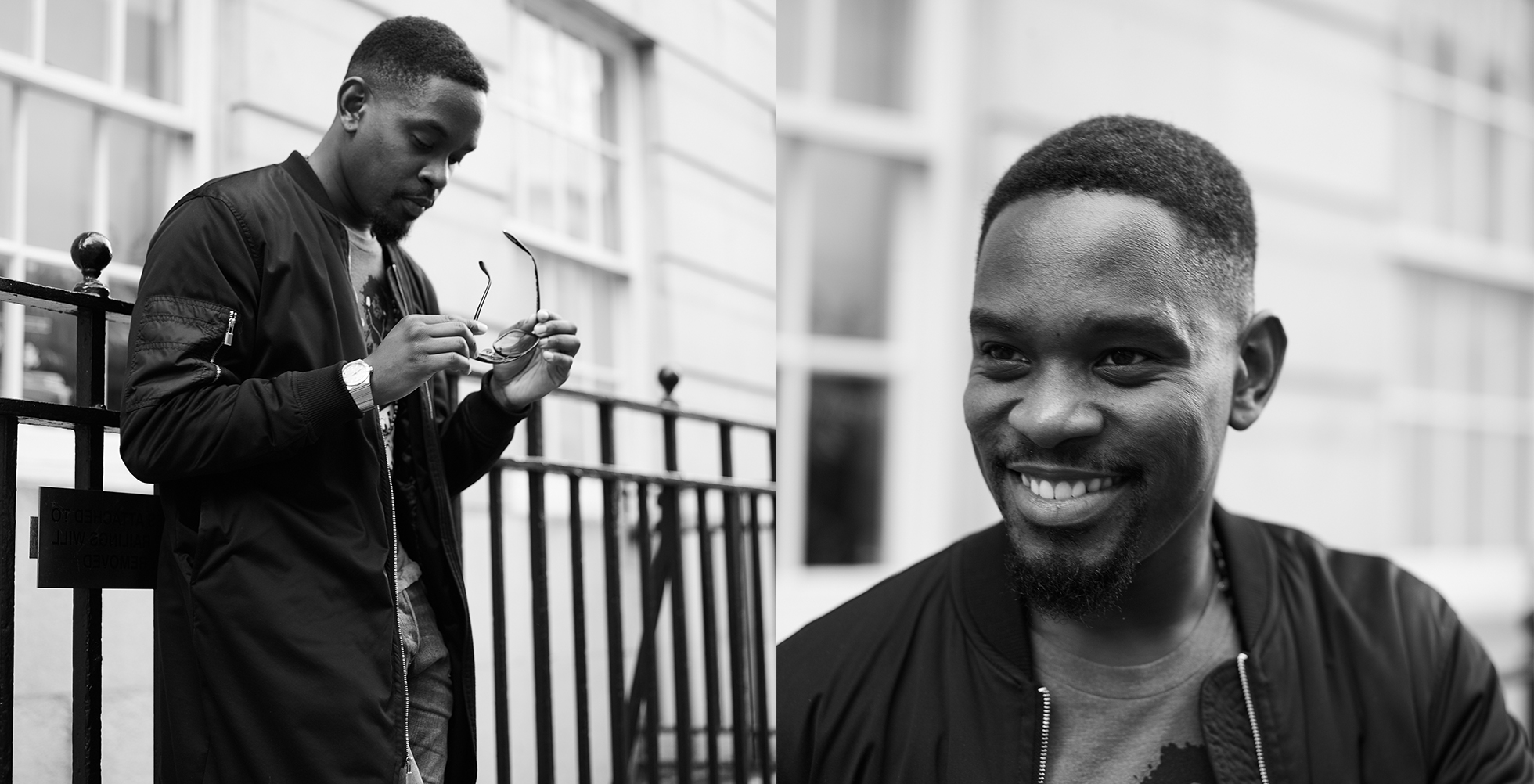 Hot off the success of 2014’s Maze Runner, Ameen had caught the attention of everybody, and Idris Elba was no exception. After a serendipitous meeting on the way to LA, Idris had bagged his lead man and Aml was getting ready to make some serious waves back on his home turf. Stepping straight back to the 70s, Aml Ameen left himself behind and became D, taking on his most intense role yet, it seriously paid off. We caught up with Aml to find out just how intense it was, and whether he could go back to that place again…

What’s it like coming back to your home turf for Yardie?

You know it’s funny, my life here is a lot more exciting. It’s way more chill back in LA, here I get a lot more attention than back there when I’m just sipping on a Mai Tai. I just pontificate and go to sleep. It’s not bad I have to say. (laughs) The sun and the water just calms everyone down, you look out at the ocean and can’t help but think: “guess life’s a lot bigger than me then”. But being back in London is the dream, there’s many different angles to why Yardie was special to me, and I think a main one was the fact it was set in my home again. Being a part of the city, and the history of the city.

You’re a British actor who’s a part of this film which focuses a lot on the changing culture of 70s London, what was that like for you to step back into?

Absolutely magical. For me, I would put this up there with Top 3 special moments of my career, maybe even my number one. I’m doing something for the first time: I’m able to understand what it was like for my parents, my dad was a Caribbean man moving over to England and my mum was a first generation British citizen. Being engulfed in Yardie’s world, which was so alive, was captivating.

Was there a scene that really captured it best for you?

I’d say the first dancehall scene. The energy of that was unreal. I remember being a kid and walking into that sort of atmosphere: the sweat, the grime on the walls, the sounds, the bodies. It honestly transported everyone, from the cast to the crew, we all felt a part of that well. Idris [Elba] really brought it to life, he made it so fresh and raw. I think that scene really takes us back to the first fusion of British and Caribbean culture, the fusion of sounds – punk rock mixed with reggae, ska – that’s us. It’s not just Jamaican, it’s not just British, it’s that coming together.

Can you talk me through how this opportunity came about?

Idris and I had a chance meeting boarding a plane. It was very serendipitous, we were both on the way from London to LA and we bumped into each other. He just came up to me like “Aml, you alright?”, and told me that he was working on a new movie that he’s going to direct, and that he’d seen me in Maze Runner and wanted me to take the lead. So we get on the plane and we just happen to have been seated together, and we really got talking about the book: about what the story means to us, to our culture. If you look at the back of the book, it’s described as the Jamaican Scarface, and guess who was on this plane in front of us… On my life, Al Pacino was sitting two seats ahead of us.

Must have been fate.

Exactly, pure fate. What a blessed moment, y’know what I mean? So this project really was just so special to me. Me and Idris spoke to me about Goodfellas, and kind of joked that this was our Scorsese-DeNiro chance. I mean it opens with “I always wanted to be a gansta” (laughs).

Did you have much of a cultural upbringing? Were you brought up with cinema and music?

Oh yeah massively. My dad was in a reggae group which travelled the Caribbean islands and onto Europe. By chance, he moved to England after his Netherlands visa ran out and met my mum: then the red wine was right one night and out popped me. So, music was always in the room growing up. My younger brother Mikel Ameen is a musician even! But no one in my family has ever acted: I got that bug when I was young though and went to stage school (the same one as Phil Collins) and I grew up there really. I think that stemmed from being at home and watching films with my mum.

Do you have a cinematic icon?

What five films have shaped you the most over your life?

Without a doubt, Malcom X: I think that Spike Lee and Denzel Washington came together to create something incredibly powerful. I think Spike Lee captured black culture and black excellence so beautifully. There’s a scene where he captures Malcom watching Billie Holliday sing I Cover the Waterfront: he’s handsome, he’s elegant, he’s powerful. Then there’s Delroy Lindo in it too, who is a major icon to me: he was one of the first black British actors who broke into America’s industry. So I’d say that’s the film that means the most to me and I can watch it whenever; it’s my number one of all time. But I also go to different genres, I love My Best Friend’s Wedding: it appeals to my writing sensibilities, I love romantic stories. Gladiator too, I’d love to do a major epic. And my final two, hmm… Goodfellas! Then something I could keep revisiting, and for me that would be Back to the Future. Even on a desert island that opening music would get me hyped. It goes on though, I absolutely love The Philadelphia Story – got to pay credit to Jimmy Stewart.

"I love My Best Friend’s Wedding: it appeals to my writing sensibilities, I love romantic stories."

What about music that’s shaped you?

There’s a song that I run to every day – Do You, by Busey. Giggs also really captures my perception of London, even when I’m back in LA if I hear ‘Lock Doh’ it takes me straight back to Britain. I love jazz, I love soundtracks: Mo’ Better Blues OST is a fundamental album for me. My brother too is an underground artist and his music is worldly, his music travels with him: he’s lived in Kenya and all over so sonically it’s so diverse. I always say if you want to know me, just listen to Mikel’s music. I got really into ska and dub because of Yardie.

The soundtrack of Yardie is definitely one of the most important parts.

Definitely, I loved being able to experience all of that. I love the scene where ‘Love Me Forever’ by Carlton and the Shoes plays: that just sums the whole vibe up for me, the boogies, the atmosphere.

How did you find working with a fellow actor as your director?

I think it gave a really great level of understanding to our work. After Kidulthood, a mutual DJ friend introduced us and had told me how big Idris was becoming in America, and I found that inspirational for my work. So then to work with someone who I had so much respect for was amazing, if a bit intimidating. (laughs) I rose to the challenge though, I wanted to step up and be all I can be for Yardie. Before I went to live in Jamaica I actually lived with Idris for a while, where we delved deep into his vision and we really formed the character: from mindset to physicality.

How did you develop the character personally?

My Jamaican family helped a lot with that, I sort of watched how they spoke and learnt how to enunciate like Jamaicans. I had to break some of my London habits – like not looking people in the eye, instead just giving them by full attention – and some of that was tough. Then after Idris and I’s planning, we decided that I would be method: so I went to Jamaica for 2 months to live, and my Auntie Hazel took me to studio 1 took me to meet a lot of the old heads who looked after Bob Marley. I really tried to build up this life, so that when I finally got to set in London, Idris really supported me being method to the point where I would only meet the cast as D. No one even heard my normal accent, on the last day the make up girls were so shocked when I finally spoke British. (laughs) But I even made my stream of consciousness into D’s thoughts, it was intense but I feel it was worth it: I went to some extremes but I made sure my world was D’s world.

I feel like you can see that progression in the film, physically too.

Definitely, I felt like even my eyes looked different. It was strange looking in the mirror. There’s a picture one of my best mates sent to me and I almost didn’t recognise myself. Watching back the film I don’t see myself, and so to me that’s job done.

"But I even made my stream of consciousness into D's thoughts, it was intense but I feel it was worth it: I went to some extremes but I made sure my world was D's world."

Do you feel like it took a toll emotionally? Would you do it again?

Definitely, but it was worth it. For sure, but I’d also love to do the opposite. (laughs) I’d love to make like a new Love Actually! I want to do a full on love story, one where my own personality can be a part of it. But I would definitely do it again, I’d do a sequel if I could. The film definitely feels like ti could be continuous to me. So watch this space…

Yardie is out now in cinemas everywhere. 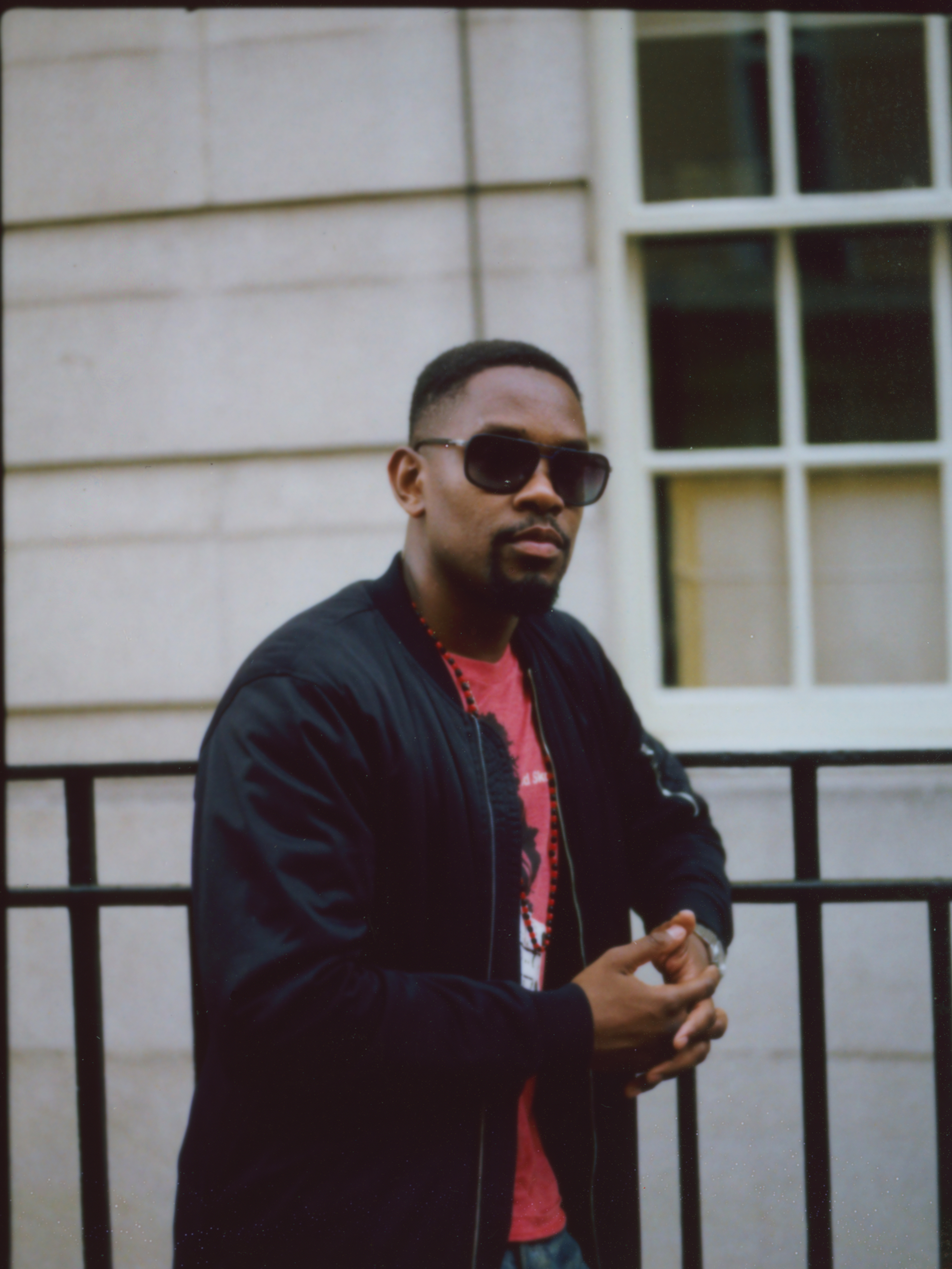