Barbie Ferreira has announced that she won’t be returning for Euphoria season three. She revealed the news via her Instagram story and admits that it was a “teary-eyed goodbye.”

Ferreira has played the role of student Kat Hernandez since the teen drama first aired on HBO in 2019. Hernandez was known for her body and sex positivity throughout the first season, however, she played more of a supporting role in the second run of episodes as her screen time was significantly reduced.

The actress posted a fan art drawing of Hernandez by co-star Hunter Schafer on Wednesday (August 24th), alongside a message announcing her decision to leave the show. “After four years of getting to embody the most special and enigmatic character Kat, I’m having to say a very teary-eyed goodbye,” the message started.

“I hope many of you could see yourself in her like I did and that she brought you joy to see her journey into the character she is today. I put all my care and love into her and I hope you guys could feel it. Love you Katherine Hernandez.” 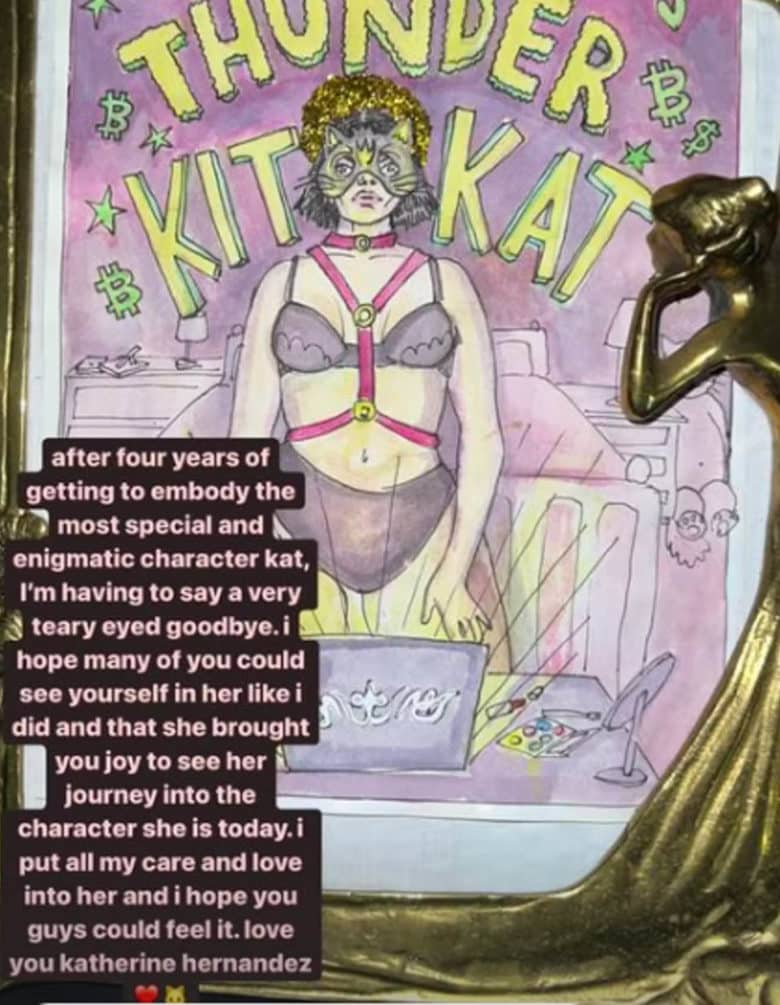 Although there has been no comment from HBO on Ferreira’s departure as of yet, there were rumours of unrest on the Euphoria set, which was reported by The Daily Beast. According to the publication, there were rumours that Ferreira had stormed off set after having to work long hours. Multiple stars reportedly filed SAG-AFTRA (The Screen Actors Guild – American Federation of Television and Radio Artists) complaints due to unsatisfactory working conditions including meal issues and a lack of toilet breaks.

However, Ferreira claimed that these reports were untrue back in March in an interview with Insider. “I really think that the fans are really passionate and I do appreciate that because ‘Euphoria’ has really impacted so many people,” Ferreira said.

“Sometimes, things take on a life of their own, and they’re not rooted in the truth, but it’s OK because I know it’s just out of passion and out of curiosity and all that good stuff. And I signed up for it. So, I’ll take it. I’ll take the good and the bad.”