Starring Nicôle Lecky and Lara Peake in breakout roles, BBC3’s Mood is an explosive look at contemporary womanhood — warts and all. Based on Lecky’s 2019 play, Superhoe, it’s the latest in a string of one-woman show transfers (think Fleabag and Chewing Gum), but Mood should be admired in its own right. Aside from the obvious musical elements, it offers a nuanced portrayal of sex work, including camming, Only Fans and escorting. It doesn’t take the easy way out either by coming down as overly puritanical, dismissive or gung ho.

The chief vehicle for this exploration is Peake’s character, Carly, who lures wannabe pop star Sasha (Lecky) into the world of influencing, partying and online sex work after she’s kicked out of her family home. It’s her most challenging role to date: “Carly is nothing like myself, and she’s nothing like I’ve ever played before,” she tells HUNGER, detailing a gruelling daily transformation process that involved fake teeth, hip pads, and all sorts of extensions. “I don’t think she’s moving forward in the right way. She needs to take a minute and think about her actions and what she’s agreeing to, especially when it comes to Sasha. She’s luring Sasha into this wild adventure without properly thinking about the impact it’s going to have.“

Below, we caught up with the rising star about getting into her character, the importance of intimacy coordinators, and her thoughts on sex work now… 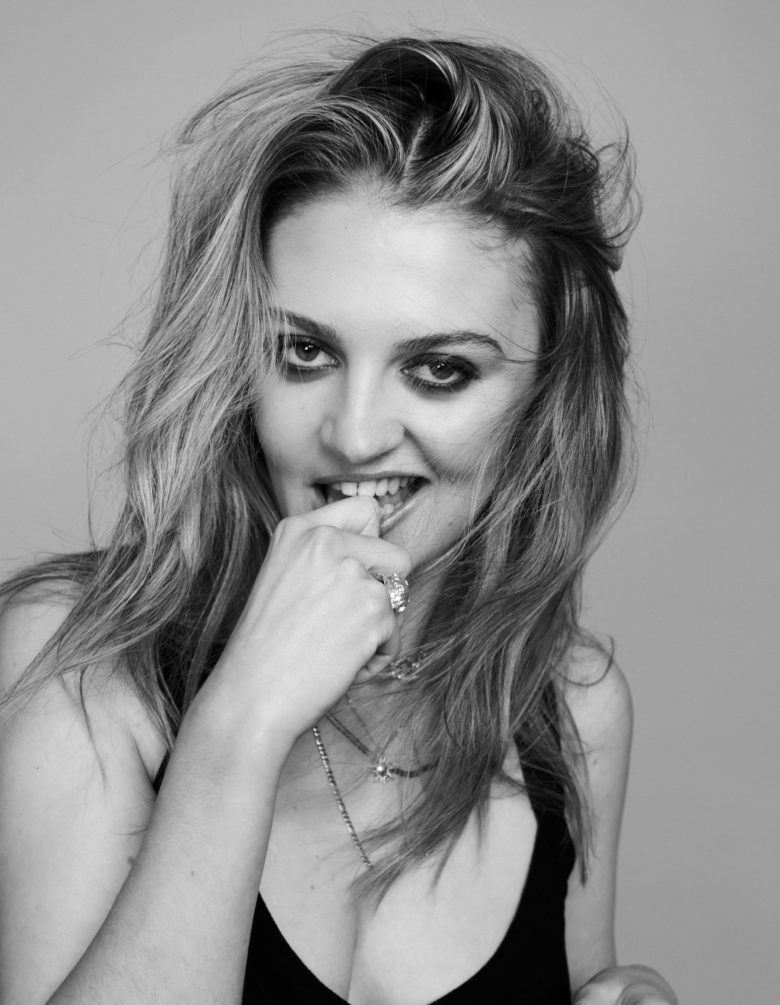 Hey Lara! How do you feel now that Mood is finally out? It’s already being compared to the likes of Fleabag and Chewing Gum…

We’ve been anticipating it for so long and now it’s finally out! I’m really excited to see how it’s going to go down because it’s always a slow build when things first come out as people aren’t necessarily aware of it… It’s positive really that it is being compared to shows like Fleabag because they’re brilliant, but it’s difficult to compare shows. It takes something away from them and Mood at the same time because they are different in their own ways. Still, it’s always good to see a one-woman stage show on TV and female-led performances because we haven’t seen this amount in a long time.

What drew you to the character of Carly. She’s an interesting one, to say the least!

It’s the fact that she’s nothing like myself, and nothing like I’ve ever played before. It meant that I could really push myself as an actor to get into the mindset of someone that I can’t relate to day-to-day. But as I went through it, I found that I could actually relate to her in many ways, I’ve had periods of being quite self-destructive myself.

How did you get into a character that was so different from you?

In the early stages, it was researching and looking at a lot of different resources, so podcasts, platforms like OnlyFans and SeekingArrangement, and using Instagram to follow certain people. But once I’d found Carly, day to day, it really depended on the scene we were shooting. If it was something dark, I’d put my Airpods in and think about things I’ve experienced and how that could be brought into her character to channel a certain mood. Music and playlists I made would help accelerate that process. But when it was a club scene or when Carly was pretty hyper, I’d get all excitable in the morning and like listen to heavy rap.

How did you get out of a character?

It was hard at parts because the days would literally run into each other. I would get home, sleep and then be up on set the next day. Having a good support network around you helps you go back into yourself, and I would get out of London for a couple of days sometimes. But I did feel like I needed to properly step into that world to pull Carly off accurately. Early on, I felt compelled to do a big Pretty Little Thing haul, and I bought lots of clothes that weren’t my style at all. I don’t know whether something was happening in my brain where I was subconsciously merging into Carly or what, but there was definitely a thin line between her and myself at some stages during the process. 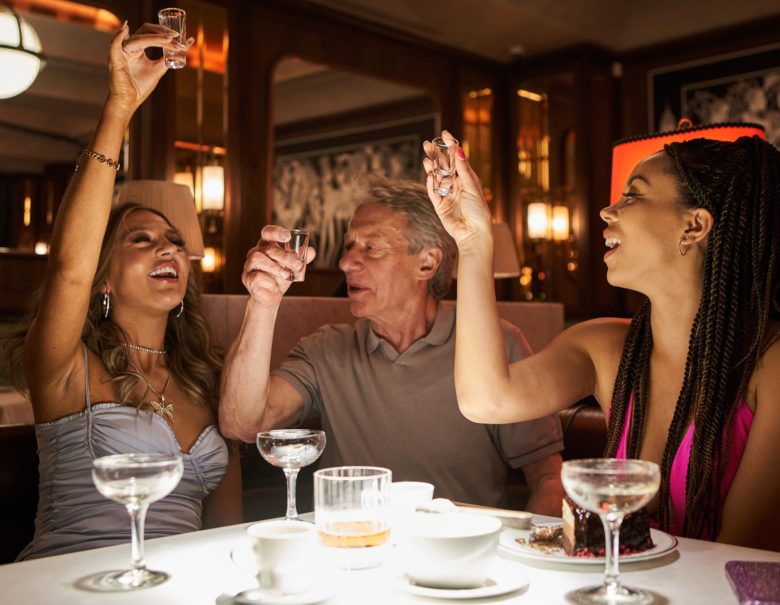 And then how was learning about the ins and outs of sex work?

I had a Zoom call that was pretty anonymous with a sex worker who had done jobs abroad, and she was talking through the technicalities of sex work, so what it would be like when you arrived to do a job. I was really interested in the mental toll it can take on somebody and this person, in particular, was pretty open about the fact it was going to be their last job, and that it had had a big impact on them. There’s a fine line between what’s empowering about it and what’s exploitative. You have to wonder why people turn to it — is it because they feel empowered, and want to embrace their body or sexuality? Or is it because of the monetary incentive?

I can imagine having an intimacy coordinator on set was a godsend, especially for the more graphic scenes…

We had Yarit Dor who was amazing. She was good at making situations really light and funny so you felt comfortable being vulnerable. I’d never really done intimate scenes before so we used lots of different devices, like a deflated ball that you rocked on. And then, during the orgy scene in episode three, they said it would be easier if we all gave ourselves different names, instead of using our real ones. That’s good because you can separate the scene from reality, and you would “tap in and tap out” through a high-five as you go in, and another as you go out and back into yourself.

The hardest bit was doing the masturbation scene for episode two because you’re alone for that. Even though it’s quite tame as my face isn’t on camera, it’s just my foot, I found that difficult because you’re doing take after take, and you’re in the room actually having to simulate that. The biggest thing is making it not sound like you, because for me, the sound is worse than the motion. At least when you’re doing a sex scene with someone, you’re in it together, when you’re alone you feel so exposed. It’s good to have the security of an intimacy coordinator because sets are full of people and there’s always someone with a light. 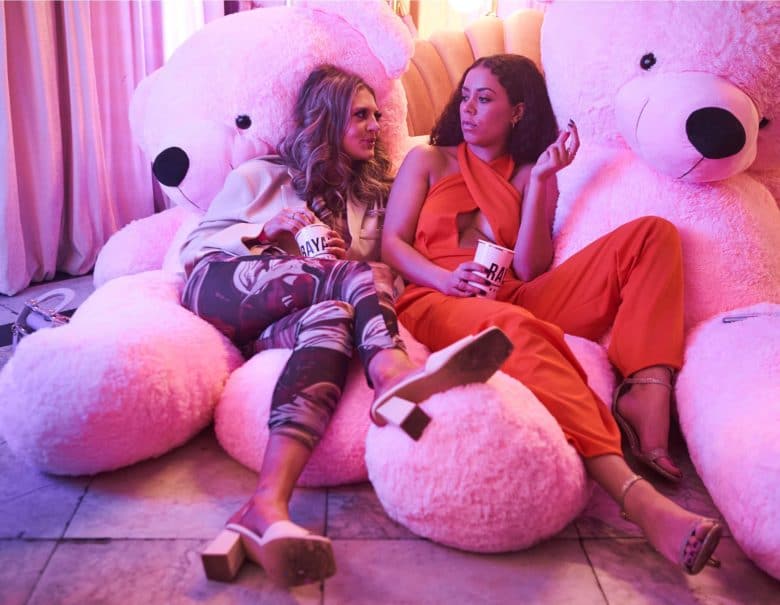 I know Carly is so different to you but is there anything you’ve taken from her into your day today?

Carly really embraces every moment, and that’s something I’ve taken from her. Even when things are bad she doesn’t want to think about it, she just wants to have a good time, because to her there’s no point in doing something if you’re not going to have fun. I don’t think she’s moving forward in the right way. She needs to take a minute, and think about her actions and what she’s agreeing to, especially when it comes to Sasha. She’s luring Sasha into this wild adventure without properly thinking about the impact it’s going to have.

And what’s next for you, acting-wise?

I’m open to playing any character that’s different from myself and is a challenge. I’ve never done a superhero sort of thing… And actually, there was a time when I really wanted to play an assassin and do a period drama, so I’ve got those boxes still to tick. 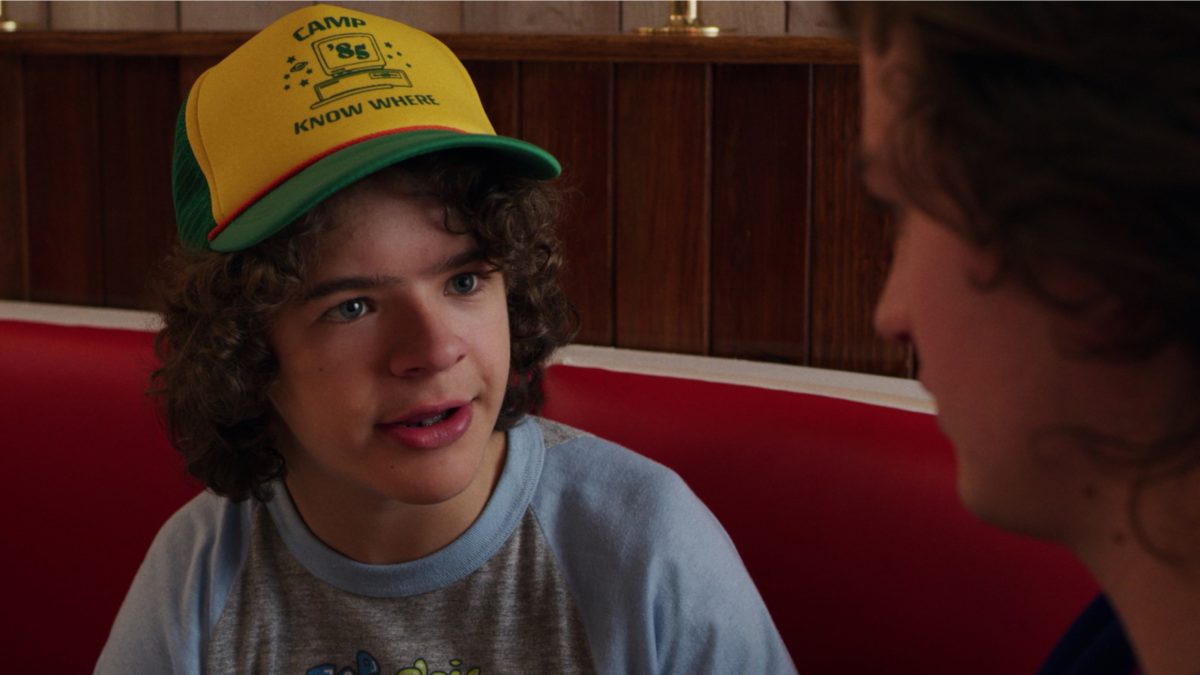 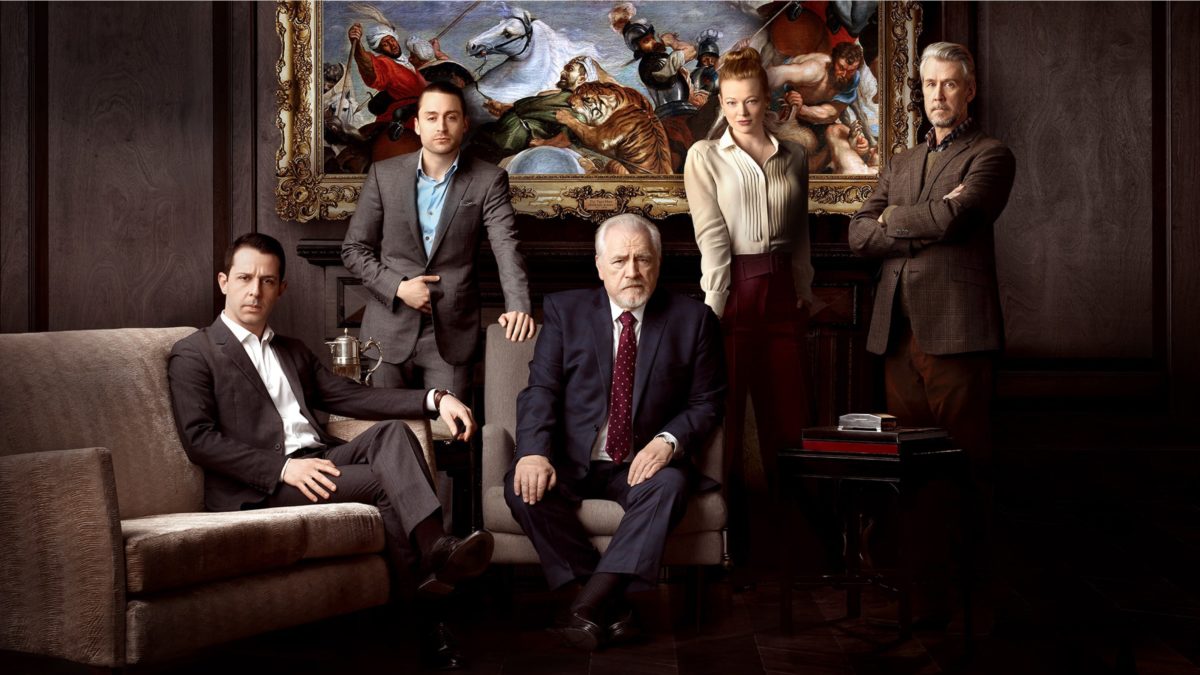 Get to know Slymkrez — the Afrobeats newcomer ready for stardom 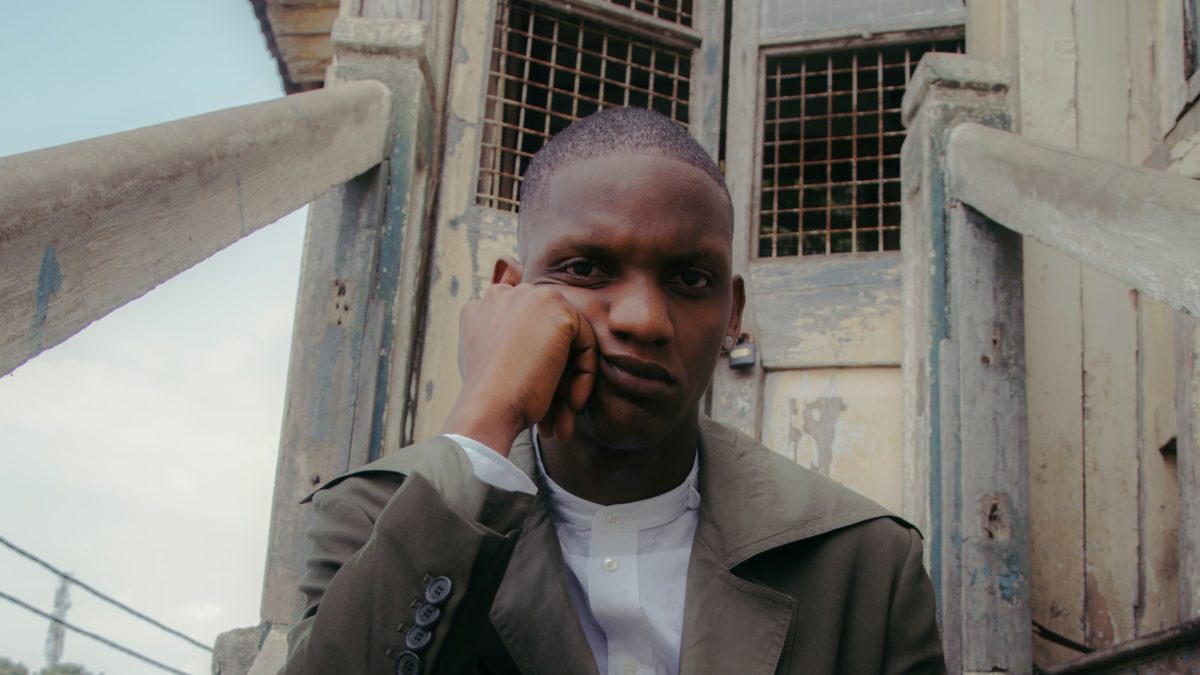 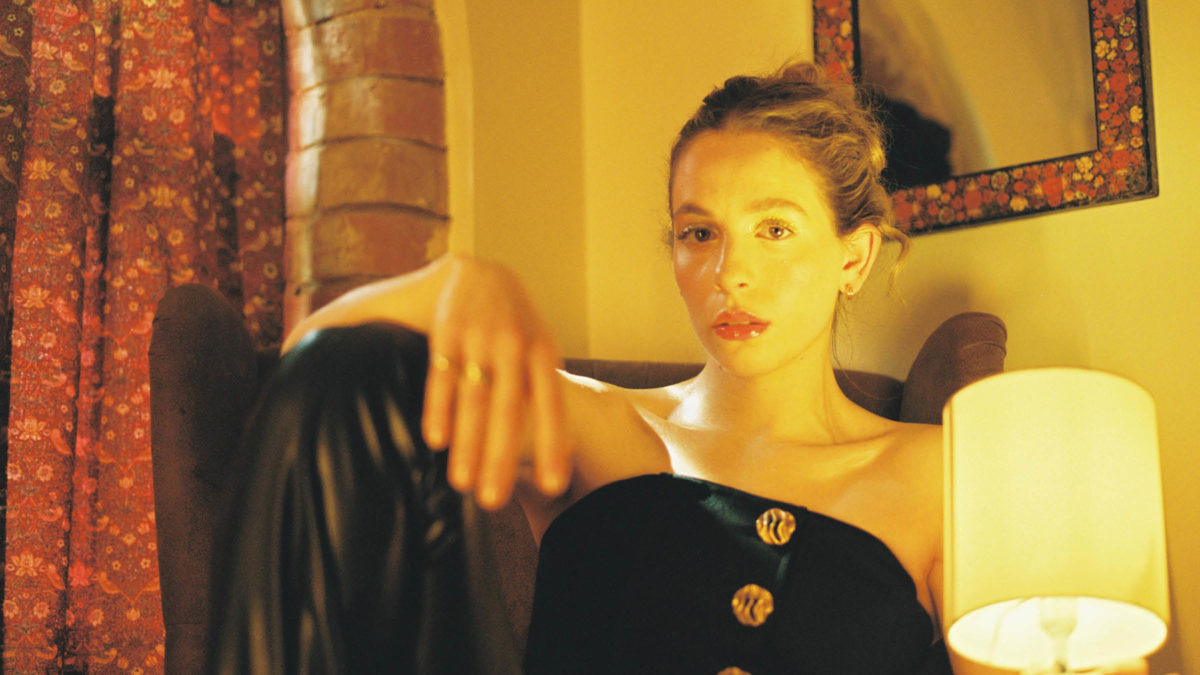 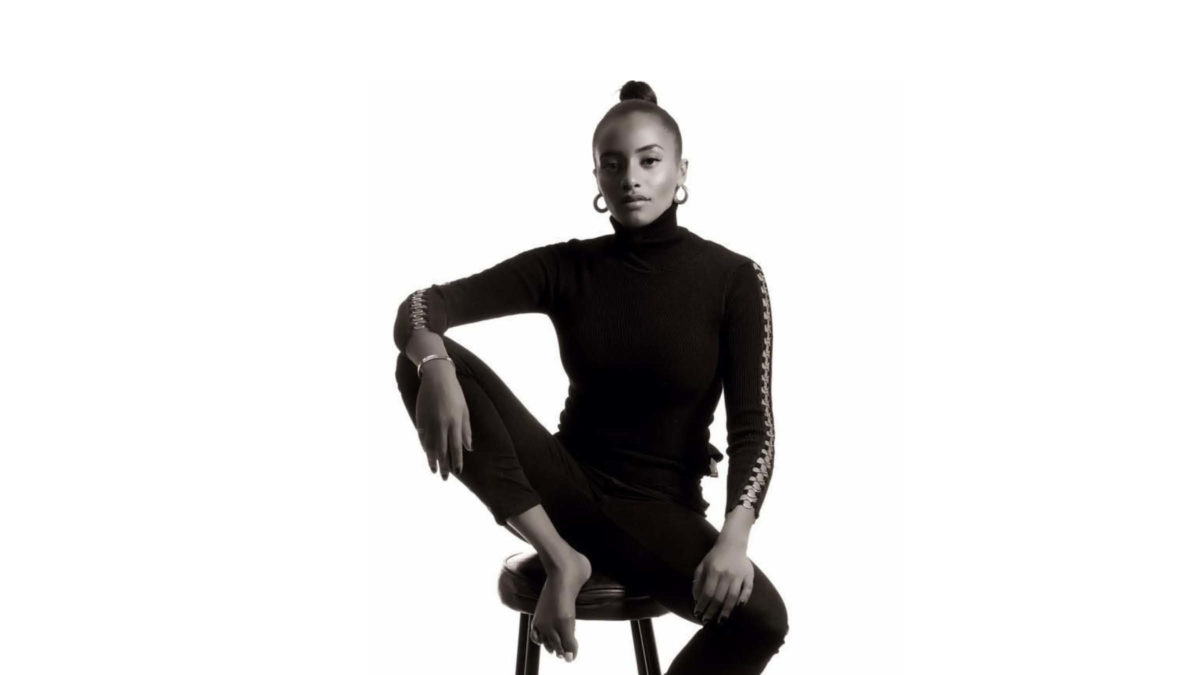