The Reserved X Brodka Collection is available to shop here.

Courageous, daring, yet totally wearable – the limited BRODKA x RESERVED collection is a bold combination of two seemingly opposing styles: extravagance and casual. “My dream was to create clothes that I couldn’t find in stores and that I would love to wear myself” – admits Brodka, the Polish artist who participated in every stage of its creation, including the selection of particular fabrics.

“We did not impose any limits on ourselves” admit the creators of the collection – and that truly transpires from the grand scale with which they approached the cuts, the original prints or the choice of fabrics with such natural materials as alpaca, wool, silk, organic cotton and environmentally friendly NAIA™ and LENZING™ ECOVERO™ standing out in particular.

In the collection, which debuted in stores from 28 September, quilted coats and capes are accompanied by oversize suits, while knitwear in graphic patterns and deconstructed jackets are all vying for attention. As in Brodka’s work – there is no room for cliches. If T-shirts – then embroidered ones; tracksuits – paired with a jumper in abstract print. There are also dresses: both basic and, as their co-author says, spectacular.

The first result of the work were the stage outfits that appeared in the videos for Brodka’s new album – BRUT. A suit as if borrowed from a man’s wardrobe, which appeared in the clip for “Game Change”, is a playful take on the convention and a rejection of gender stereotypes. It was included in the final collection in an unchanged form. The grey trench from the “Hey Man” video, in turn, was modified by softening the shoulder line and adding asymmetry.

The inspiration for both the album and the collection was brutalism – an architectural style which triumphed in Poland in the 1960s and 1970s, hulking in the way they unceremoniously dominated the surroundings. In the collection, it manifests itself in bold cuts, but also in knitwear details, like in the jumper with a pattern reflecting the rhythm of the windows of dismal edifices.

Below, we catch up with Brodka to discuss the new collection alongside her wider career: from reality tv beginnings to mainstream crossover. 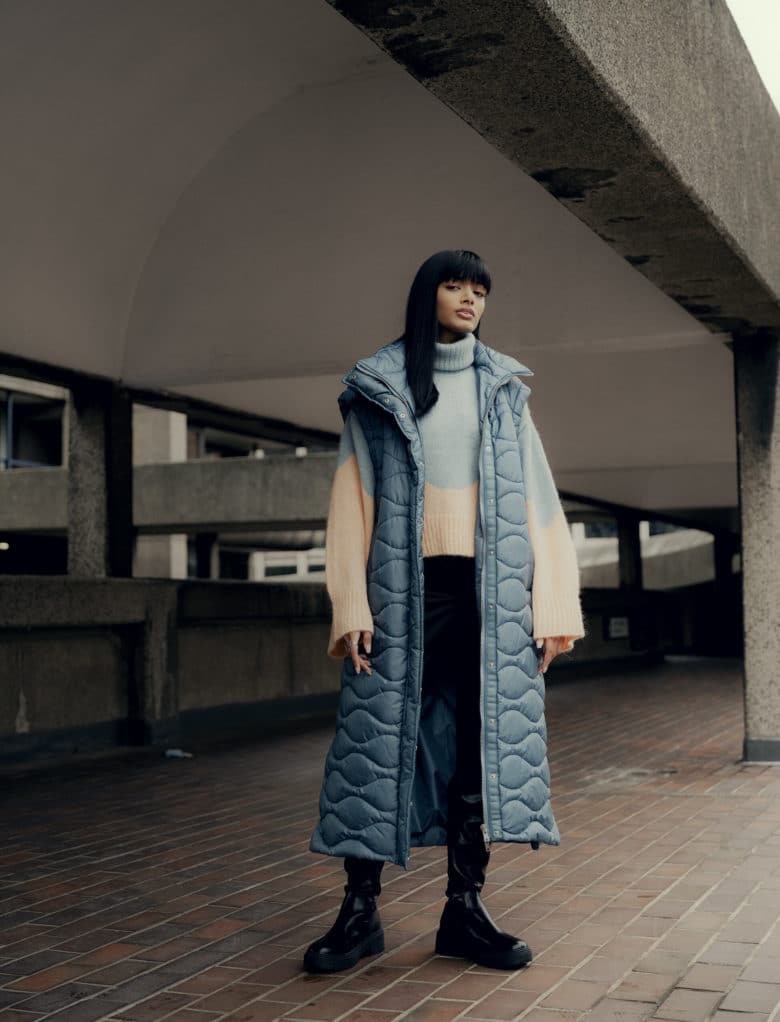 For those who don’t know you, how would you describe your approach to music?

My music is quite eclectic. Depending on the project, it consists of elements that help me tell a particular story. Most of my recent records are concept albums. The last one contains a nostalgia for the 90s and samples made of folk instruments from the region I grew up in.

Who are your biggest musical inspirations?

I grew up on music of the 90s. I have a strong affection for trip hop, grunge and dream pop. I also like post-punk or noise music. The range of my musical interests is quite wide. I admire Laurie Anderson, Grace Jones, Pj Harvey or Bjork. Strong women are an endless source of inspiration for me.

What’s been the biggest achievement of your career so far?

Making records in English and reaching a wider audience has always been a dream of mine, which I’ve been realising since 2012. We performed on numerous foreign festivals in the United States, Japan, France and Great Britain. I constantly develop myself and gain new experience. I recorded my last two albums in Los Angeles and London, worked with fantastic producers and musicians. Oh, and this year I watched the passersby from the screen at Time Square which was pretty awesome! But what I enjoy the most is the fact that I create projects without compromise and on my own terms.

Famously, you came into the public eye after winning Polish Pop Idol at the age of 15. Now, as an adult, what are your thoughts about reality television?

I guess it doesn’t make much sense these days. Young people don’t need radio nor television to start a music career anymore. 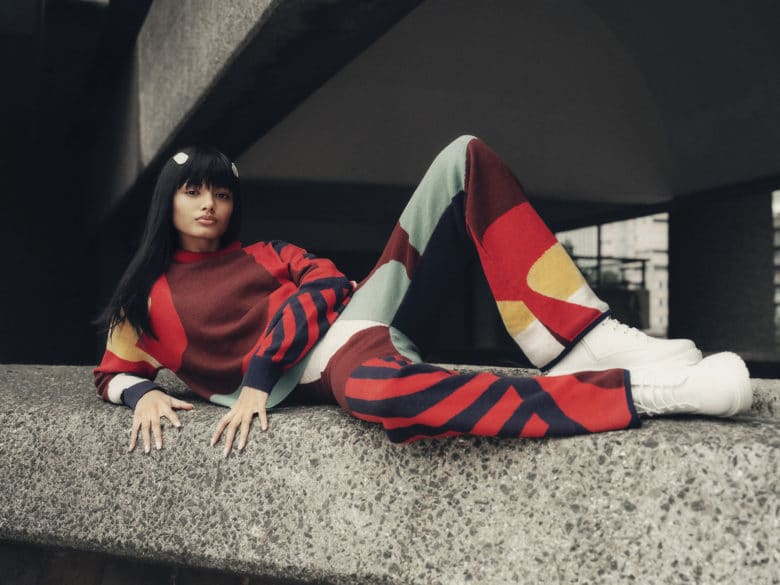 Let’s talk about your latest album, BRUT. What were the main themes you wanted to express with that release and how does it differ to other work you have created?

BRUT is a world which combines features of nostalgia and visions of the future. Musically you’ll find afterimages of the 90s combined with folk samples. An important thread for this album is brutalism, visible in the music videos and the whole visual layer. In the lyrics I struggle with the issue of social roles attributed to gender. The themes of the album also refer to a kind of rebellion and going beyond the usual schemes. It’s a much more raw, stripped down album, but it’s also a pandemic album, on the border of two worlds. The existing world and the world changing in front of our eyes.

The pandemic put most live shows on pause — which separated musicians from their fans but, for some musicians, provided a necessary break from the rigours of constant touring. What was your experience and are you looking forward to resuming tours?

For me it was a very creative time. It allowed me to slow down a bit and devote myself to my newest album. In order to dive into a creative process, I’ve always looked for an escape from my everyday life and would go on long journeys. This time I’ve found the space to create, enclosed within the walls of my apartment, which is unusual for me. It was a special and beautiful time. We were very fortunate to play quite a few concerts this past summer. I hope that the new year will bring more opportunities also within Europe.

Style is a big part of most popular musicians’ artistry, how would you describe your own fashion sense: both in your work and in your private life?

Its’a vivid world of shapes, colours and deconstruction. I love how costume changes the person and helps to create a different character. I’ve been always into fashion. I have always been drawn to Japanese tailoring. Traveling and observing street fashion has shaped my style. I would come back from journeys with beautiful silk kimonos or vintage souvenir jackets. I mix and match them with clothes from chain stores or things I found in my mom’s closet.  Styling is bit like arranging a song. 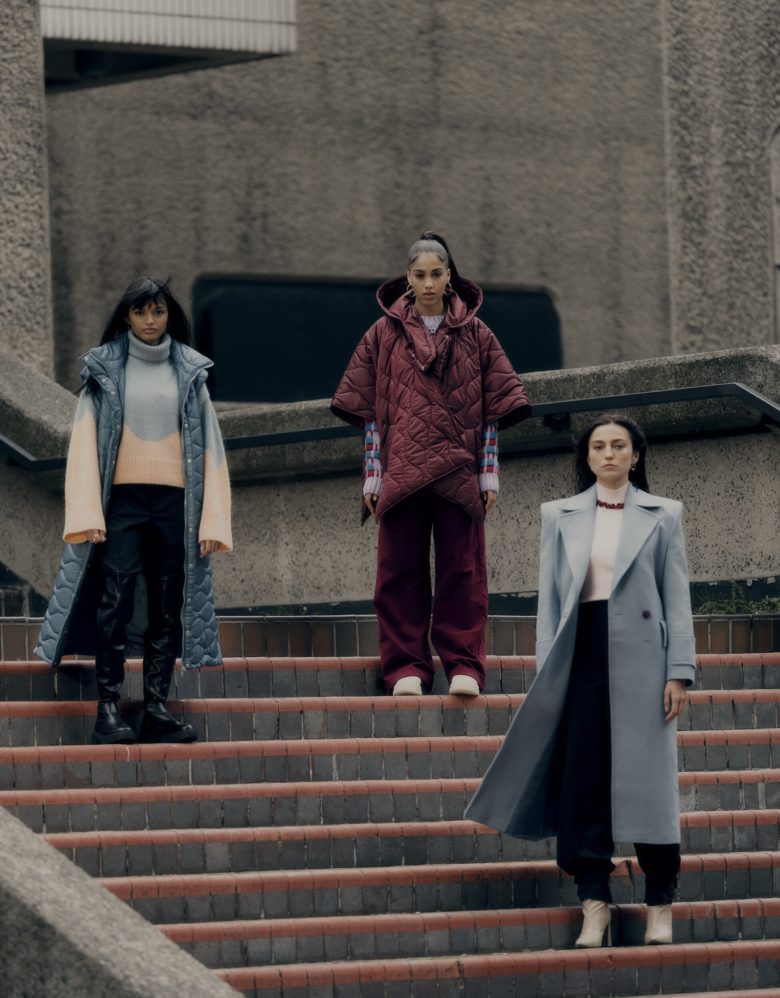 What were the main inspirations feeding into your collection with Reserved?

First we defined the general outline, then I created moodboards with my fascinations: from folk references to Moroccan rugs to loose associations related to travel, my adolescence and artistic incarnations with which I am associated. The combination of casual and extravagant was a key thing for me. The ability to mix all the elements together and the layering. I always pay a lot of attention to the colour palette so this autumn collection is full of shades of yellow, orange, maroon and intense blue. The collection also features designs from my music videos. A suit tailored with architectural precision in the shade of chocolate from the “Game Change” music video. A modified trench from the video for “Hey Man” and embroidered t-shirts, quilted capes, adjustable pants, deconstructed knits and dresses.

How involved were you in the design process?

I was involved in every little detail of this collection. We would meet with the designers regularly throughout past twelve months in person or on zooms and all other kinds of communicators. It was a very long process to reach to the final outcome, but I am insanely happy with the result.

What are some of your favourite pieces in the collection?

I love the knit dresses in strong colours and the quilted oversized cape. When I get home I jump into the colourful sweatshirt set and when I go out I wear a deconstructed black blazer. That’s what I love about this collection. It’s multifunctional.

I’m starting the BRUT Tour next week which I very look forward to. Once I’m back I start working as an art director on an advertising project. As always I want to continue to develop one of my passions which is cooking and hopefully will finally find time to write a cookbook. That’s just the way it is with me. I can’t sit still.

The Reserved X Brodka Collection is available to shop here. 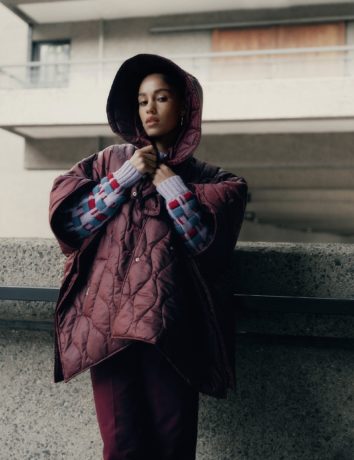 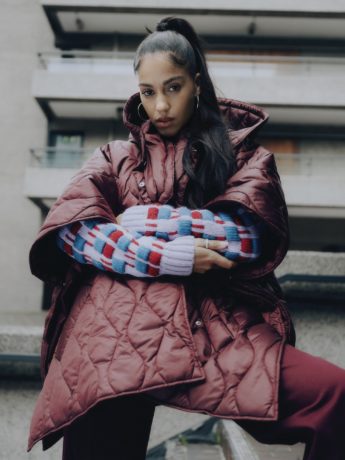 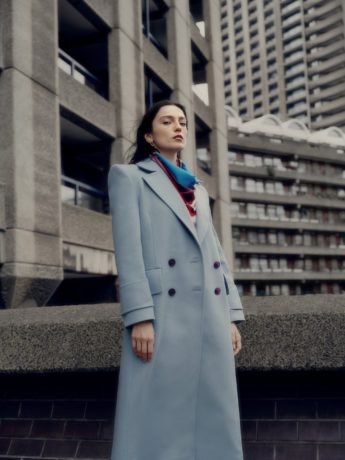 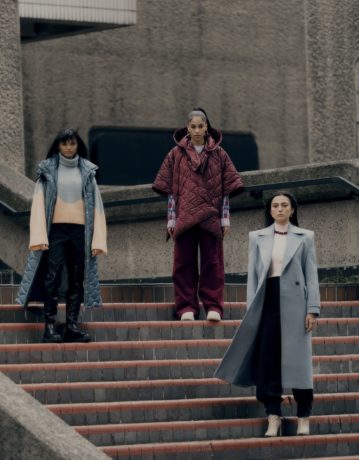 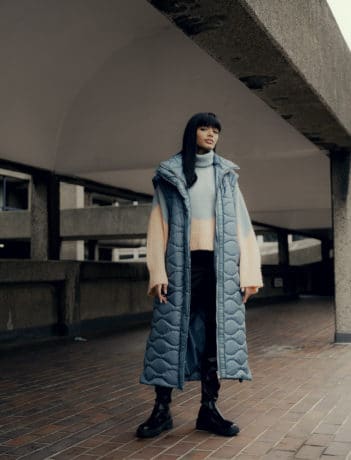 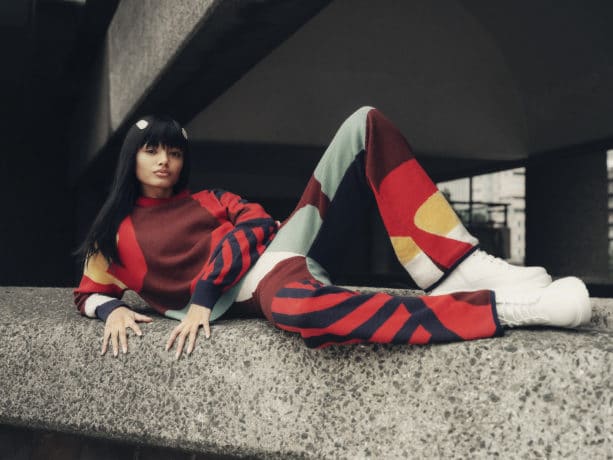 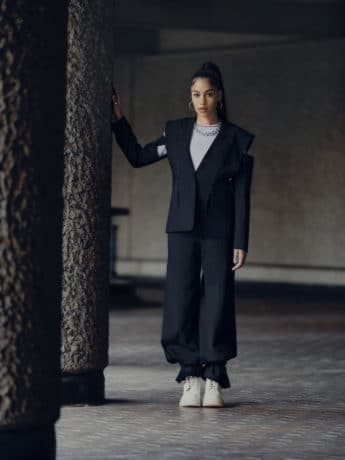 When fashion fucks up, why are we the ones that feel guilty? 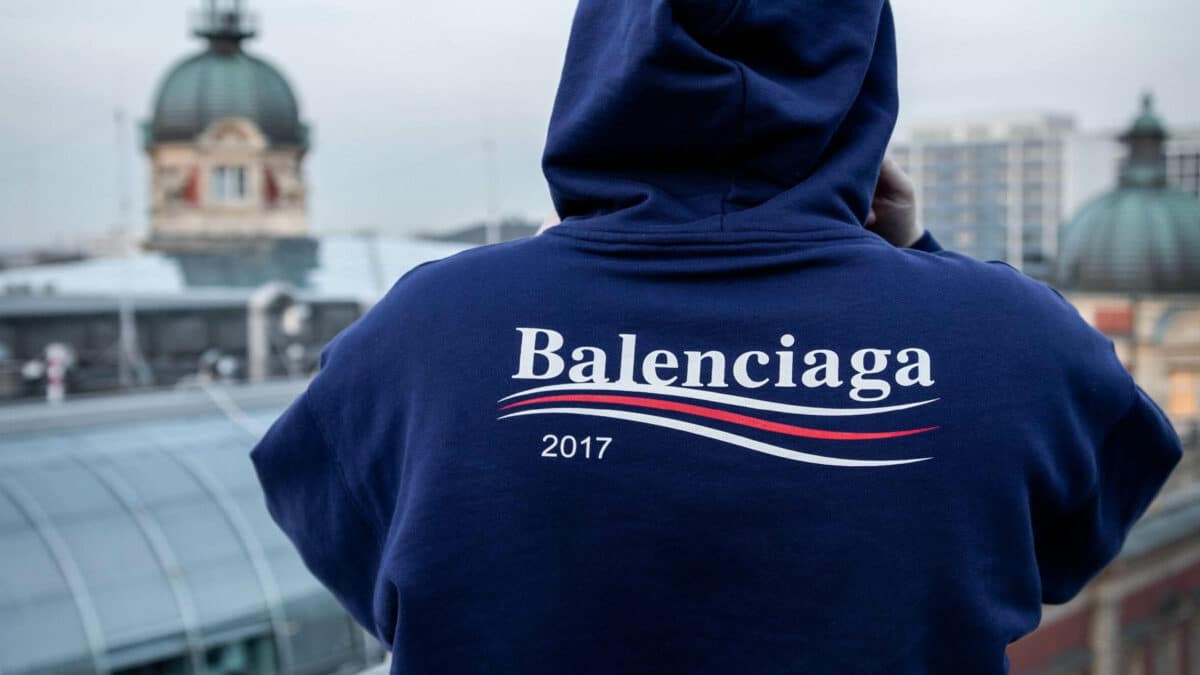 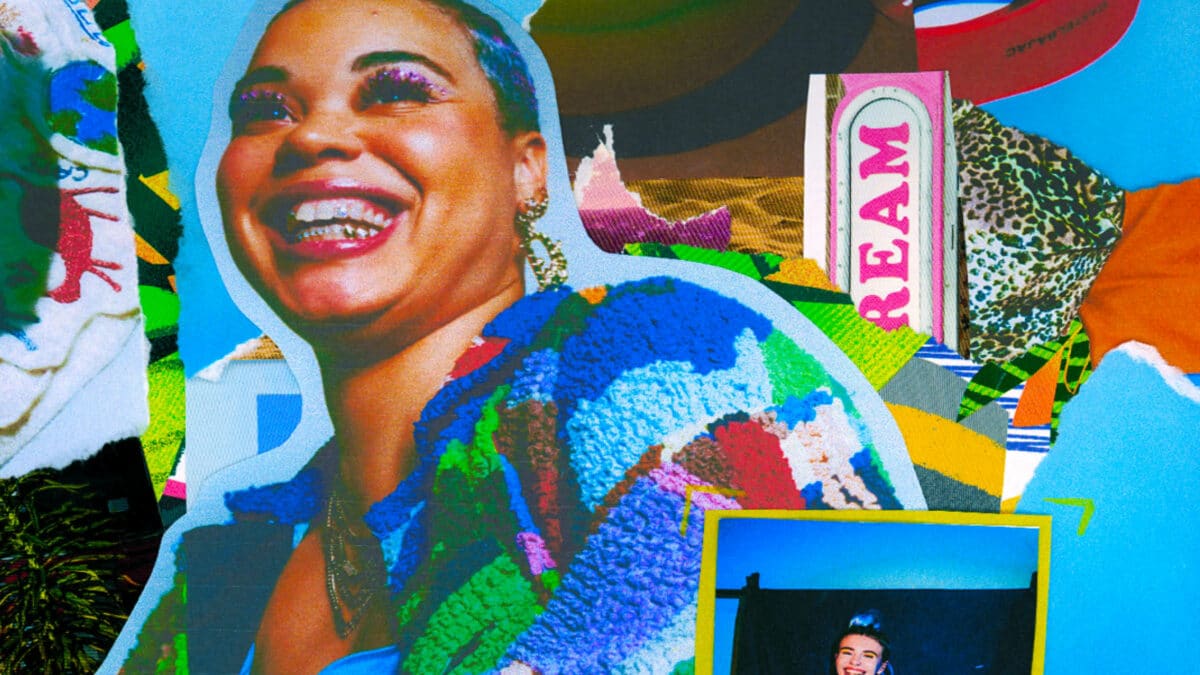