It’s not every day that you’ll come across someone just as eccentric as they are effortlessly relatable, but Jayde Adams is so easily both of them. “I know way more words now,” she says lightheartedly. “I think 10 years ago I didn’t have the vocabulary”. The thought of Adams not having a big enough vocabulary to express larger than life persona just seems off, and luckily it seems like that dream will never become a reality.

Adams was always destined for the world of show business. The multi-award-winning comedian and actress’ first stand-up special was released on Amazon Prime in 2020 to worldwide acclaim, she was longlisted for an Emmy, and has since starred in a whole host of other ventures.

When asked what we can expect from her latest show, Men, I Can Save You, the comedian said, “Tearing into human stupidity through irony is my jam and I’m always the prick in anything I do. To be honest, there’s barely anything left to joke about nowadays and I’ve had a lot of experiences with men”. Explaining that in only a way Adams could: “No one’s going to cancel me if I take the piss out of Simon Cowell”.

Here, HUNGER speaks with the Bristolian on the power of fashion, her new show, and her upcoming turn in the Take That musical, Greatest Days. 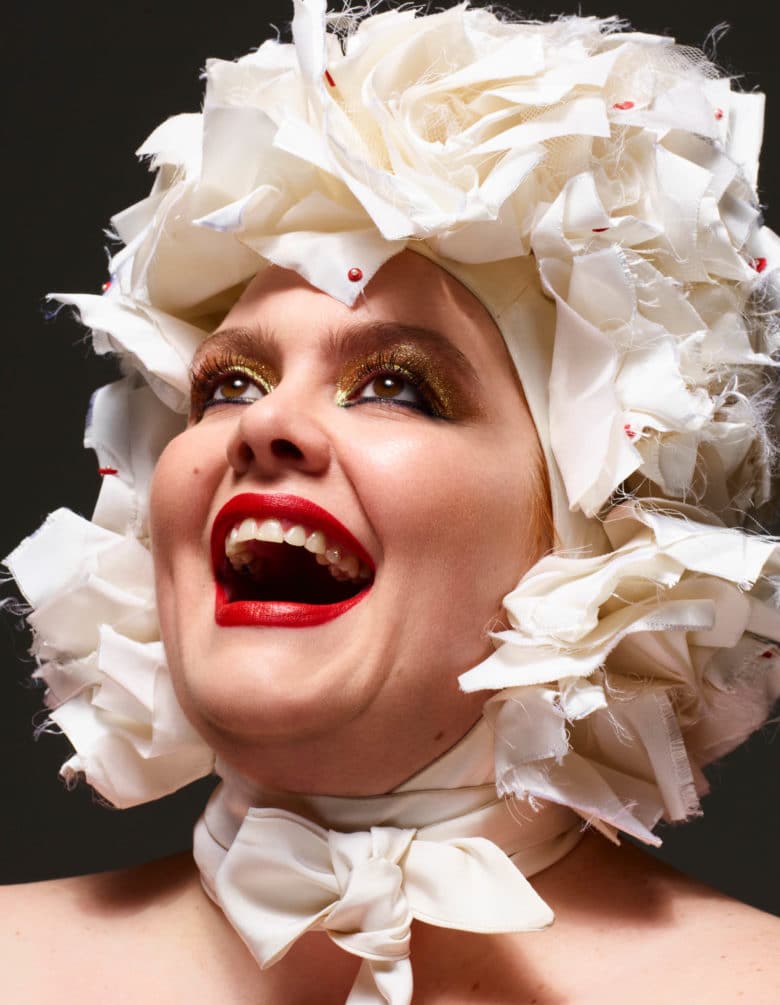 How are you feeling about your new tour?

Excited and also I feel very ready. It’s the first tour I’ve created where I feel I know what I need to do, have worked out the formula I need to follow to make the show the audience wants from me, and anxiety is at a minimum so far. Getting up on that stage in the development process without much of a plan? It gets my juices flowing babe. I normally have something I want to take a satirical poke at and I know this isn’t the way it’s done but you lot at HUNGER will love this, most of my shows start with an outfit. It was a black turtleneck last time (Serious Black Jumper, Amazon Prime) and I literally changed people’s perception of me. That jumper took me from working-class bird to cultural commentator. I wonder what’ll happen with this year’s show… I’m dressing like Jesus. 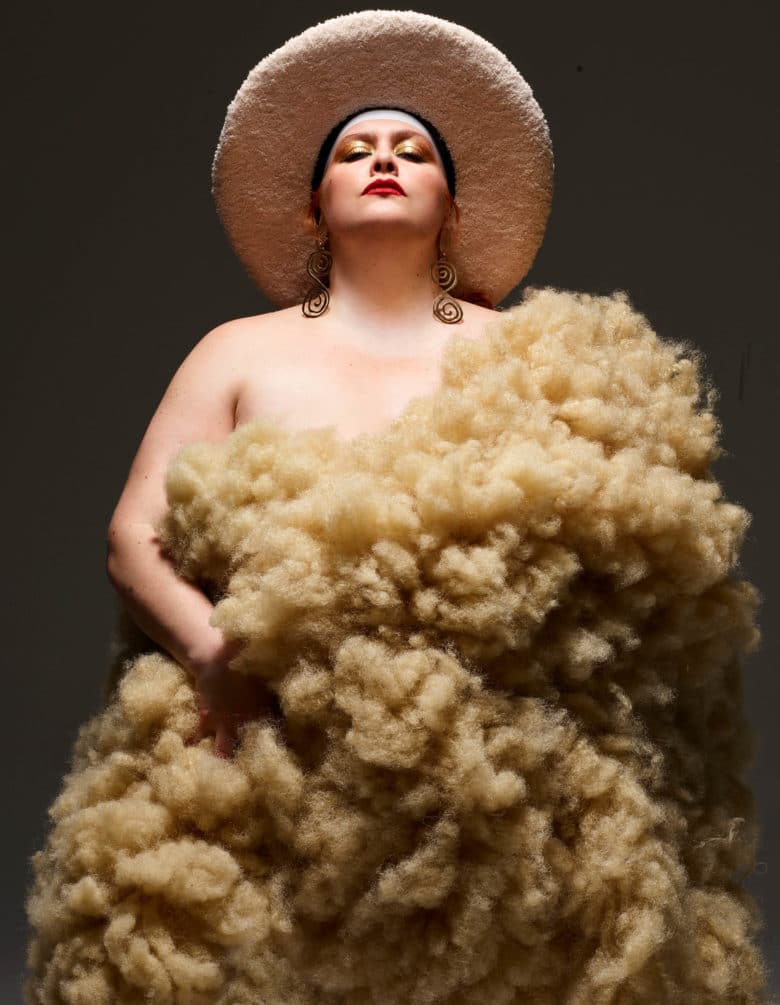 What can we expect from the tour?

With my new all-white look, I’m gonna need to save someone with my stand up and it’s been a tough time for straight white men recently, don’t you think? Everyone going on at them all the time, about this and that. Not letting them have medals anymore for basic tasks like being a good dad or dating women their age (hashtag Keanu Reeves). And who better to lead them down the path of righteousness than a comedian slash actor? Tearing into human stupidity through irony is my jam and I’m always the prick in anything I do. I also fancy having a gander at my culpability and I might point the finger of justice at myself, interview some exes and find out how nuts I was after we were together. Oh and there’s gonna be a big finish. Not opera or beatboxing this year (sorry). I’m pulling from another talent I haven’t yet shown off… Contemporary dance.

What made you go with ‘Men. I Can Save You’?

After re-watching First Wives Club during the pandemic, I started wearing white and cream everywhere and people started treating me like I had all the answers. Lots of celebrities have had their messiah/cult leader/deity moment; Oprah, Russell Brand and Kanye have all done it. Now: Jayde Adams. To be honest, there’s barely anything left to joke about nowadays and I’ve had a lot of experiences with men. I’m related to some of them, I’ve been served by them in supermarkets, plus no one’s going to cancel me if I take the piss out of Simon Cowell. I don’t have anything on him yet, but I could do and who would blame me. 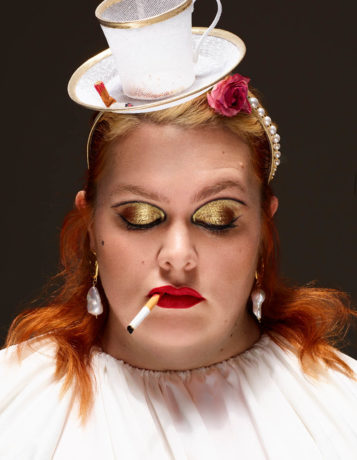 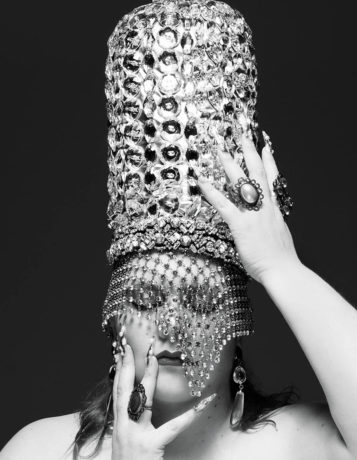 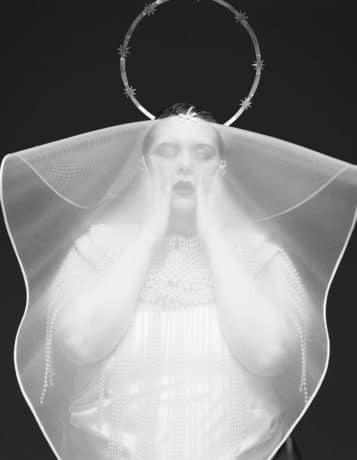 How would you say your comedy has evolved over the years?

I know way more words now. I think 10 years ago I didn’t have the vocabulary. Privately educated people are pressured into speaking eloquently at school in debate club, Latin and the ‘How to moan about how hard it all is’ class (I don’t know what they do). I had to learn in front of audiences. But I think I’m better for it, people say I’m more authentic, and as I always say, there’s no art without failure. Through 10 years of being honest, I’ve gotten more confident as a comedian and now I feel like I’ve found my voice and I now have the words to communicate it.

What keeps you motivated and inspired?

You’re well known for your clothing choices. How important is fashion in your life or is it something you don’t think too much about?

Like I always say, some people follow fashion, others have style. Putting an outfit together is easy for me, and as we’ve learned from my Amazon Prime special (and the Kardashians); fashion is a very simple way to change how people feel about you. I love to style other people as well. I get lots of messages from people who want fashion advice, which is nice. Sometimes I do it for other people and they don’t even ask first. Do you know about the whole Kardashians copying me thing? Check out #K4Kopied on Instagram. You’ll be blown away at how many times they’ve done it.

What was it like being involved in Greatest Days?

Being in the Take That movie was as you’d expect, INCREDIBLE. Myself and the five lads playing ‘The Band’ (Mervin Noronha, Dalvin Cory, Aaron Bryan, Josh Jung and Mark Samaras) have all been attached since 2020. It was rescheduled twice and I thought it was never going to happen. Finding out I was in the film during the darkness of the pandemic was a light down a very dark tunnel. Making it was wild. With the hard work of the crew, UK and Greece, and the talent of the cast, I feel like I’ve made some friends for life. And I got to act my chops off, I’m playing someone totally different to me. You’re going to see a very different performer to the one at this mega photo shoot at Rankin babe.

What made you want to get involved in the project?

In all honesty, it was the character of Claire. I’ve got some mega funny bits (thanks Tim Firth) but you’re also gonna need to bring a big hanky with you to the cinema. I took the emotions with me to Athens.

Apart from your tour and ‘Greatest Days’ are there any other ventures you’re looking forward to exploring this year?

In January 2023 I started filming a series for ITV2 called Ruby Speaking and it’s all about a call centre. I can’t tell you any more than that, but you’re going to love it and then it’s series two of Alma’s Not Normal. What a year it’s shaping up to be. Booked and blessed babe.

Jayde Adams performs her brand new show ‘Men, I Can Save You’ at the Edinburgh Fringe. Tickets can be found at JaydeAdams.com 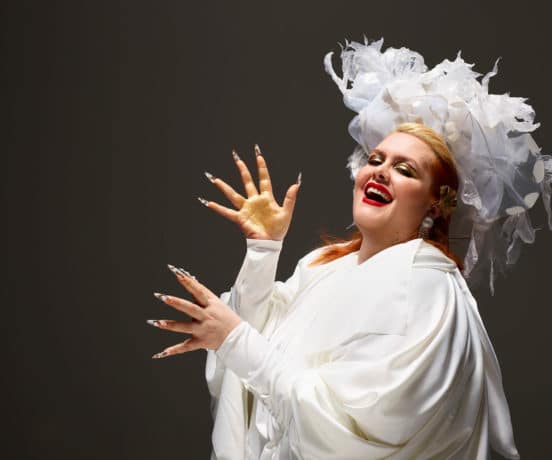 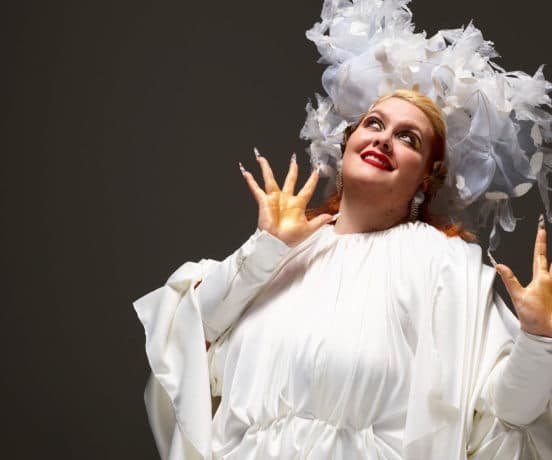 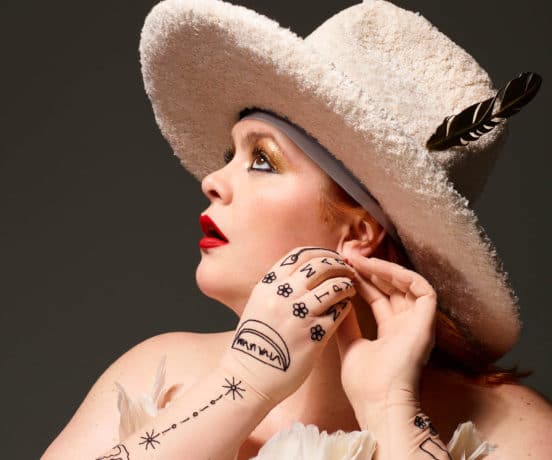