The death of Queen Elizabeth II is still being felt across the U.K. and the world, and designer Daniel W Fletcher knew his show — the very first of London Fashion Week SS23 — could not go on without mourning in mind.

“This collection is an homage to the figures – past and present – that have made London their home and a place of intrigue and impact,” the show’s press release stated.

Set in a dimly lit room in the basement of the Londoner Hotel, eager LFW spectators lined the shadowy walls underneath draping curtains of golden chain mail. The collection, entitled Stand and Deliver, was a necessary tribute to iconic figures in British culture and history — a fitting theme for an unsettling time. Much like many have had to do since the death of the Queen, Fletcher had to think on his feet. The show started with a minute silence, the music had been changed from the planned 80s feel-good records for more despondent, macabre strings, and the opening look of the show was an outfit suitable for a royal funeral; a black wool suit with a black band strapped around the arm.

Most of the show followed in the same respectful vein, with the music both eerie and celebratory of what Fletcher had created, and of British figures through the ages. In the tailoring, there were nods to London’s gentleman aesthetic, tipping their hat to the arrival of the new King. The models’ glimmering slicked-back hair and studded separates — an ode to Britain’s punk rebellion. Floor-skimming, lustrous dresses were the only pieces that stood out as being typically “gendered”, whilst other looks were designed to be shared, with schoolboy shorts matched with cinched corsetry. One of the final looks echoed somewhat the hair details of the Collina Strada show in New York only a few days earlier, with faux fur stoles trailing on the floor behind which picked apart the exaggerations of a mid-century aristocrat leaving the Royal Opera House. Together, it was an amalgamation of British subcultures and historical turning points in fashion that cast a glowing light on the times.

And whilst the show paid its dues to the Queen, it ended on an explosive return to the soul of Fashion Week. As all looks descended down the runway, The Mamas & the Papas’ ‘California Dreamin’’ was welcomed with a roar of applause — a positive return to Fletcher’s original vision.

After a more sombre start, Harris Reed returned to Fashion Week with a spectacle of distinguished and trademark silhouettes for the designer’s first walking catwalk in London’s Moorgate.

As Reed continues to declare himself as a fashion force with unique vision and precise execution – as we’ve seen on magazine covers all over the world – the designer’s notable style of dramatic, sculpted headpieces and ballooned ball gowns were met with a voguing-style, camp affair fronted by none other than music sensation Adam Lambert.

As looks followed the catwalk to Lambert’s unforgettable score and true display of vocal range, we saw Reed’s designs burst with hot-pink and polka dots, and bridal numbers of white ballet-like designs, each with the headpieces eclipsing the room as all eyes, as usual, remain on Reed’s imagination.

And the anticipation of Reed’s show was met with the celebrities that descended upon the show. Whilst Lambert stood at the head of the runway, the likes of Sam Smith, Kim Petras, Yasmin Finney and more perched on the front row.

Despite the blue beginnings and the inescapably glum setting for this season’s LFW, Daniel W Fletcher and Harris Reed turned the occasion into a real commemoration and joyful reminder of the week’s purpose of much needed creative reverie. 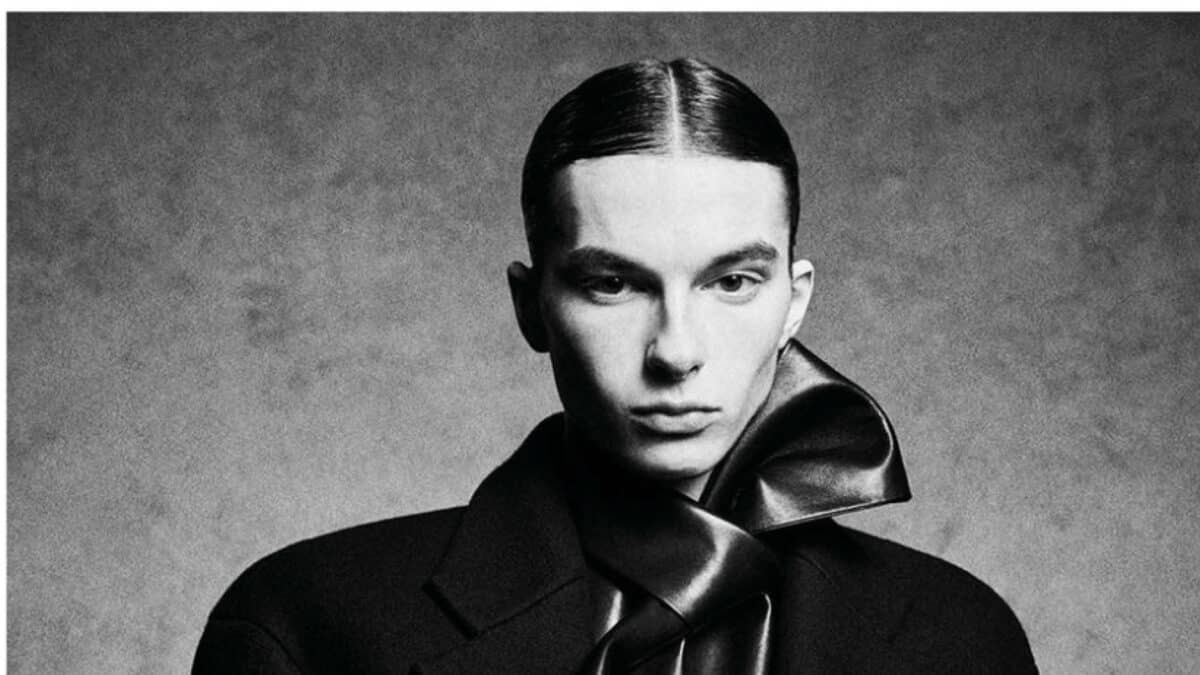 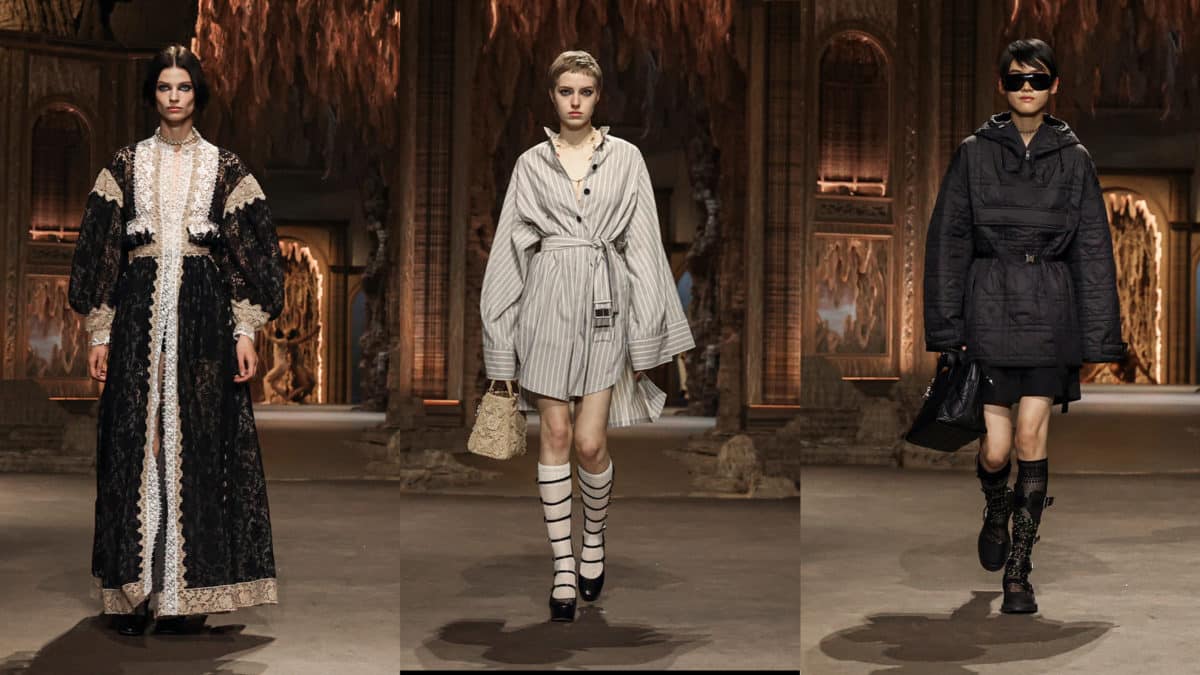 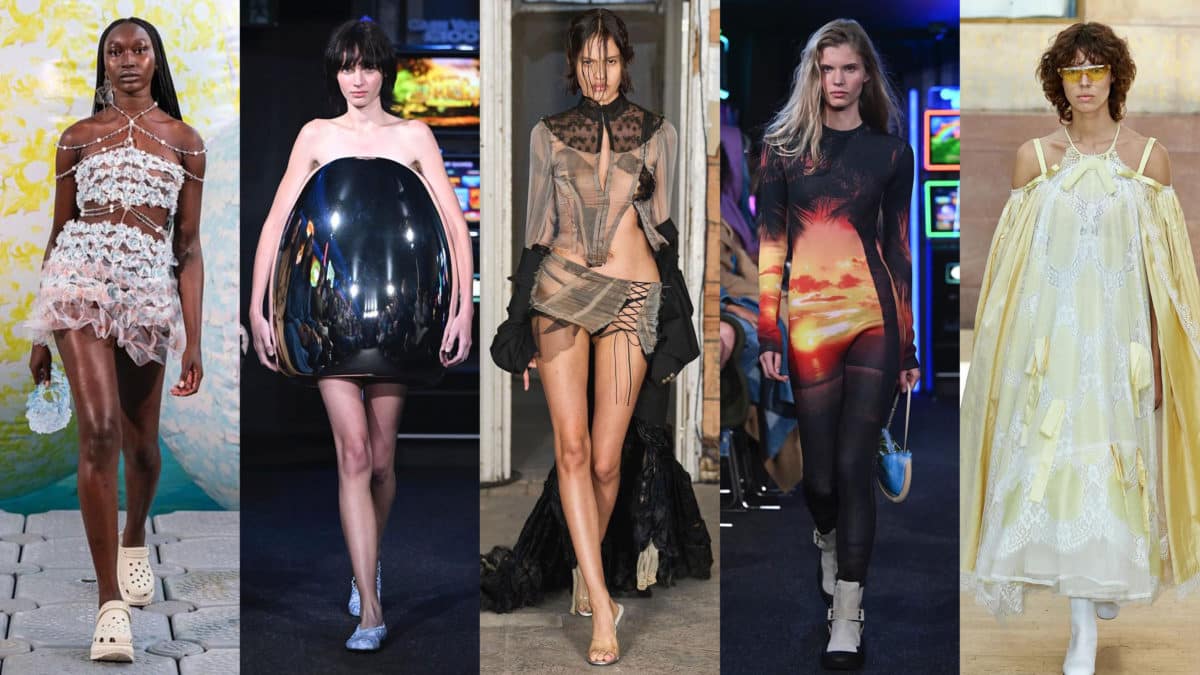 Here are the hottest new trends from NYFW 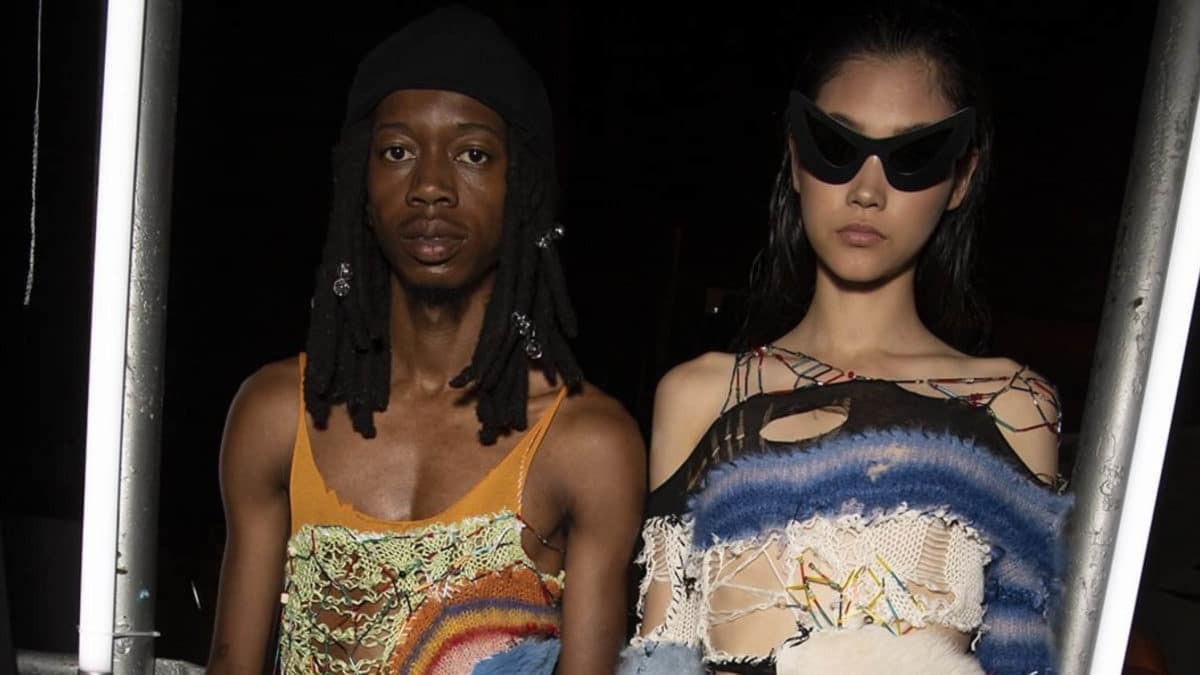 Here’s what’s going down at NYFW 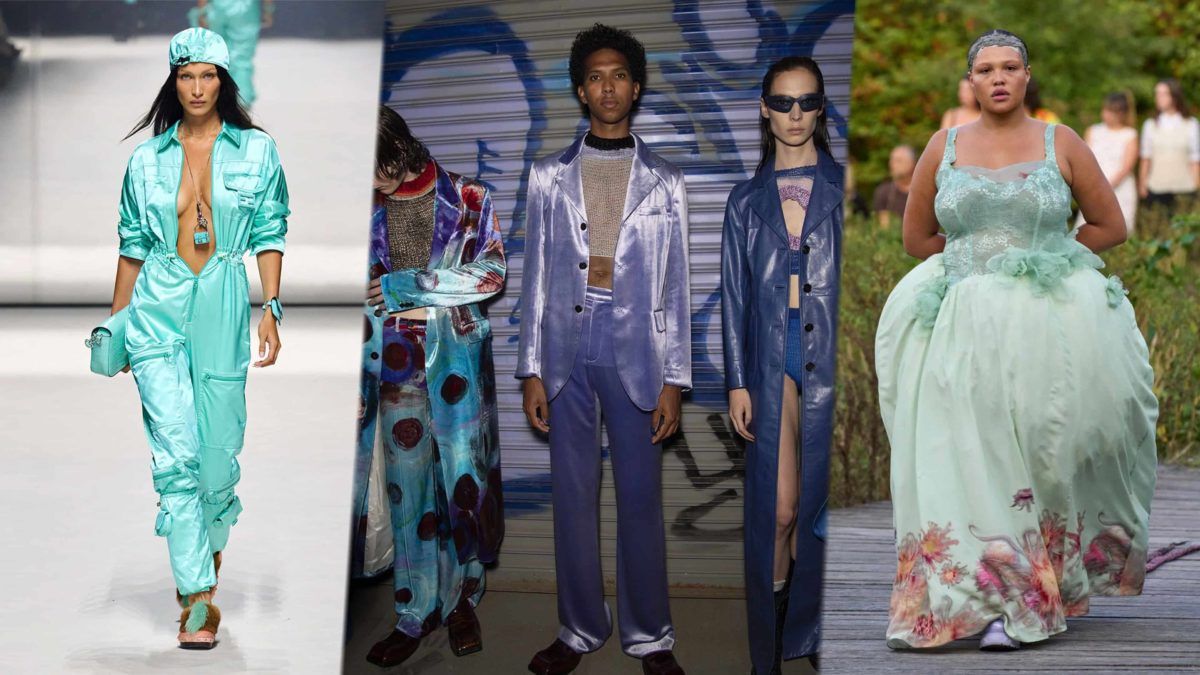 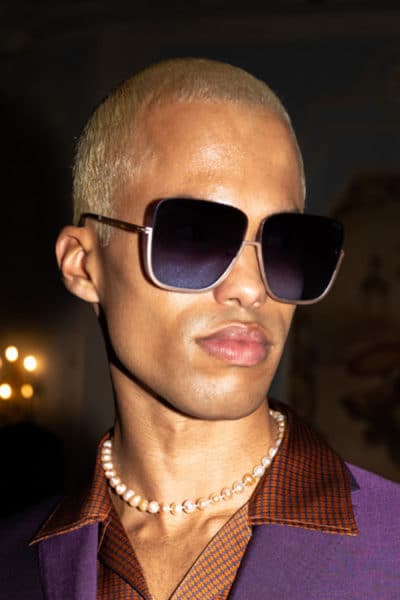