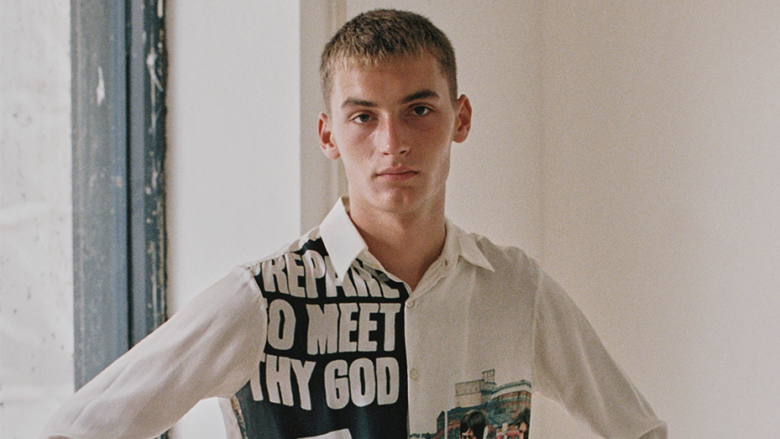 It was around this time last year that I had my first call with John Bulmer; I’d sent a letter to his home in Hertfordshire (after learning that this was his preferred method of communication) in the hope that he’d agree to work with me on my AW19 collection. To my delight he was calling with good news and this was the start of our collaboration.

I’ve been obsessed with his photographs for a long time and I had his images of the North plastered all over my studio wall when I was designing for the season. They were, in fact, the inspiration for the entire collection, but I never imagined that I’d one day be having a call with the photographer himself, and him telling me that I could turn them into silk shirts and send them down a runway. As well as having the images used as prints, the time and place they captured are also reflected throughout the collection. The donkey-jackets worn by Welsh miners, school rugby style shirts and traditional houndstooth and Prince of Wales check wools which were woven in Yorkshire.

John Bulmer is renowned for his photojournalism work in the North of England in the 1960s and 70s, around the time of the collapse of traditional industries. What spoke to me most about these images is the people in them. They were taken at a time of mass industrial and social change which feels reminiscent of the socio-political climate Britain is facing today. This feels especially prevalent this week as we are on the verge of another General Election after what feels like three years of turmoil. 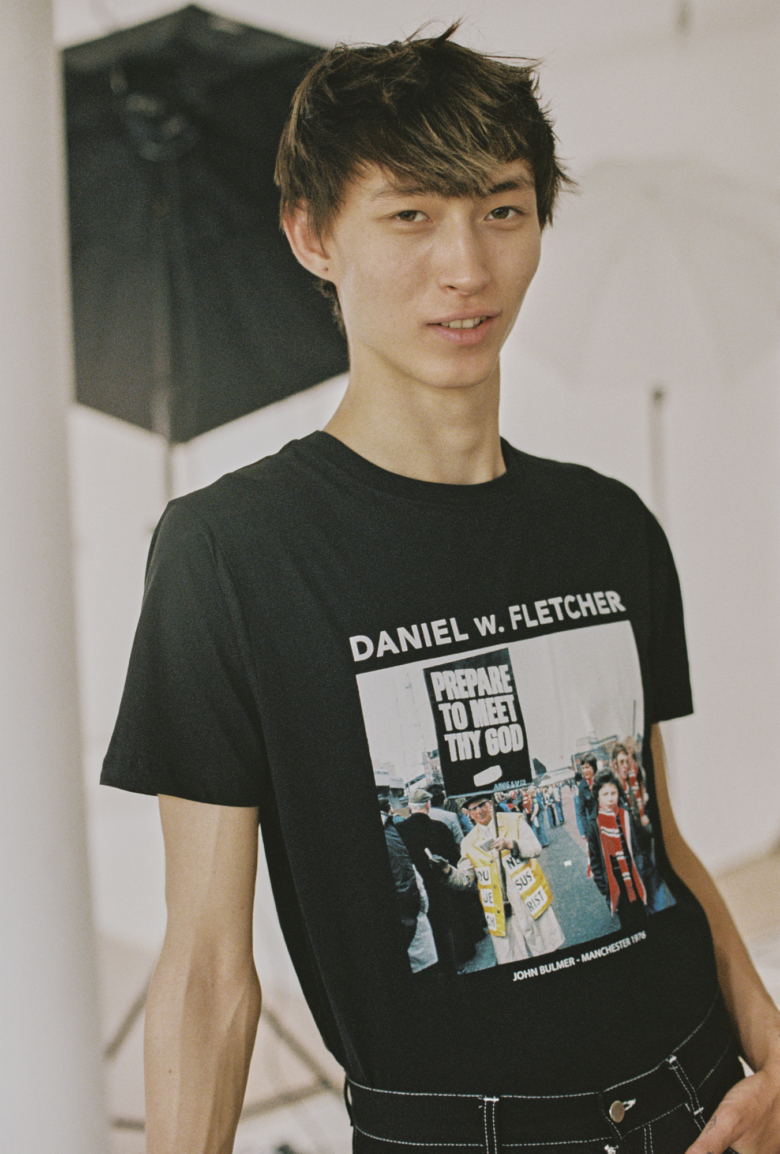 When I presented my SS17 collection, I did it as a protest on the streets of London as a plea for people to vote remain. Sadly we all know the results of that one, and the resulting three years of Tory cuts, false promises and back and forth Brexit negotiations. Using fashion as a way to express my views on the world is something that usually happens to me without even thinking about it. I often get to the end of a season, step back and look at the collection and it becomes blindingly obvious how I’d been feeling about the political situation going on around me. I was first drawn to John Bulmer’s photographs because of their subtle beauty and mystery but I now recognise it was the parallels with today’s society and my own feelings towards my birthplace of the North which drew me in. Even my ‘Brexit’ collection, as it’s now referred to, started out as a homage to Europe but the ‘STAY’ appliqué and the decision to stage a protest only happened a few days before when I was feeling incredibly frustrated that, as a young person, my voice wasn’t being heard and that our country was about to be screwed up by people who had been fed lies. I think as a designer, and anyone else with a platform where people are listening to them, we should use our craft to encourage conversation and inspire positive change – sadly I was not able to stop Brexit with this one.

But perhaps beyond just the realms of Brexit – we’ve faced 10 years of Tory austerity. We need to confront real change. The system as it is right now is rigged – in favour of those that need it least. From my own experience; growing up, attending art school, my friends, how I run a business and how I relish the international experience – Conservative policies have failed us for far too long.  In one of my favourite photos of John Bulmer – a little boy walks his dog through a cobbled Northern street. “HELP US”, reads graffiti, daubed on the wall with white paint behind him. Those words seem to ring just as true now as they did in that photo, and that’s why I’ll be voting against the Tories this Thursday as I always have. Perhaps then our photos in another 60 years time will tell a very different story to those of Bulmer’s. 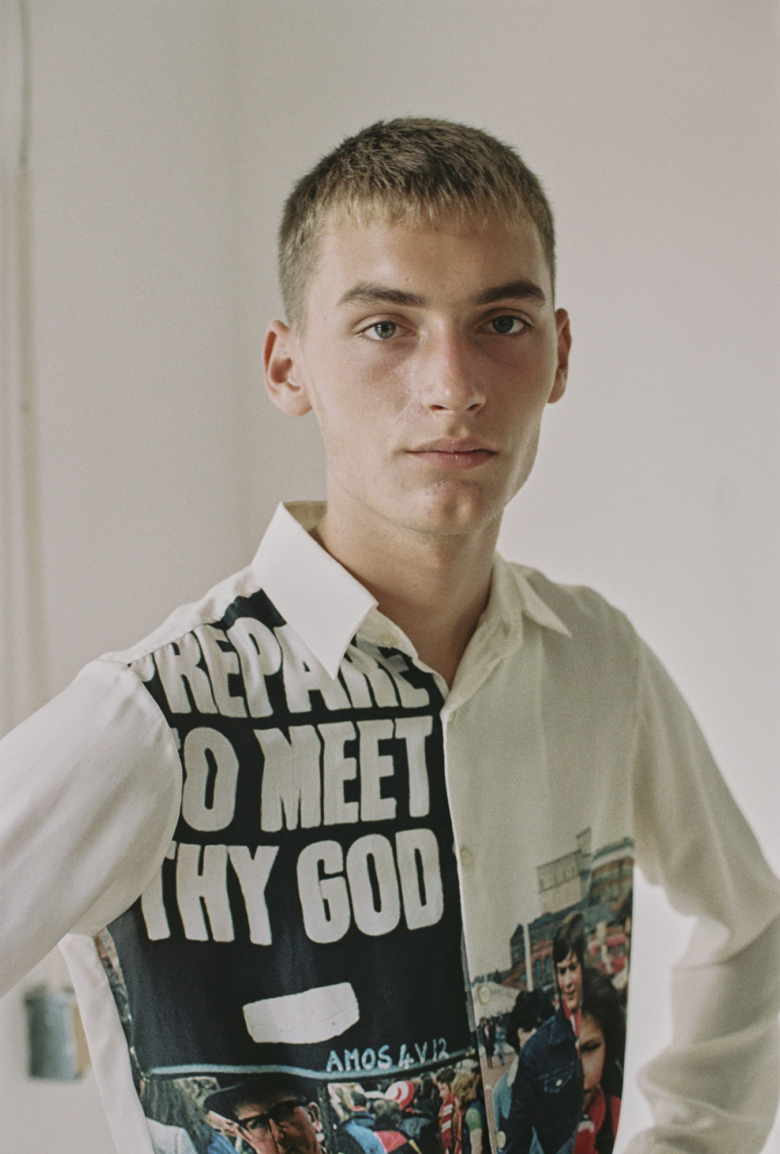 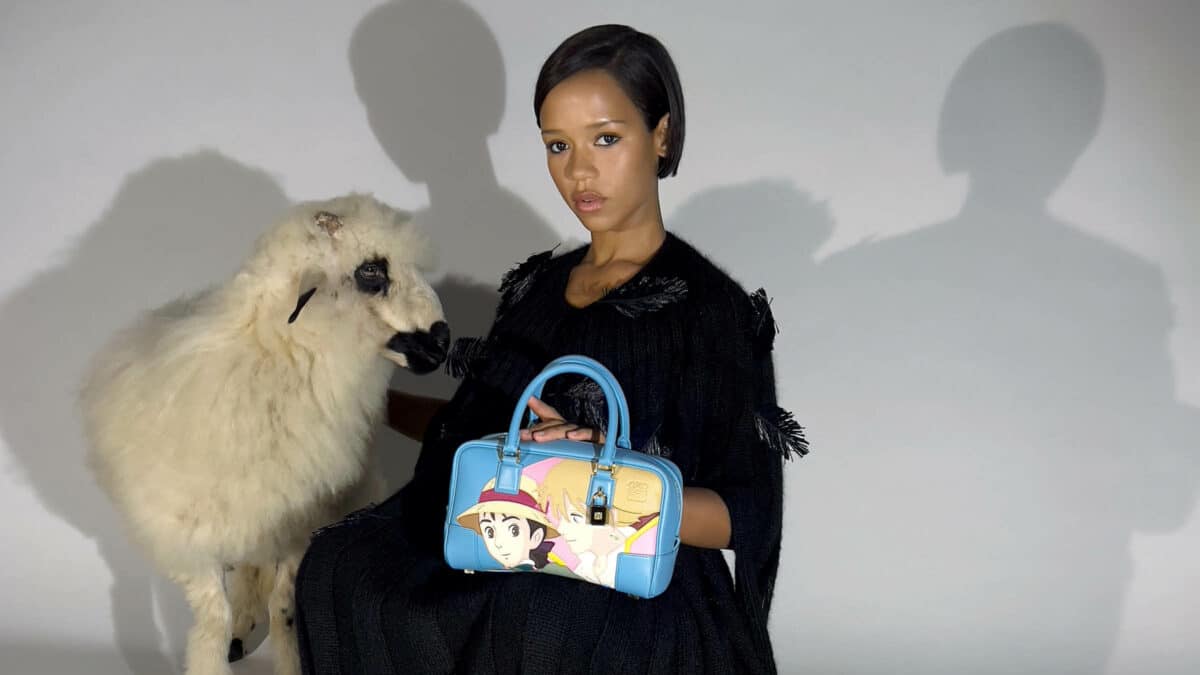 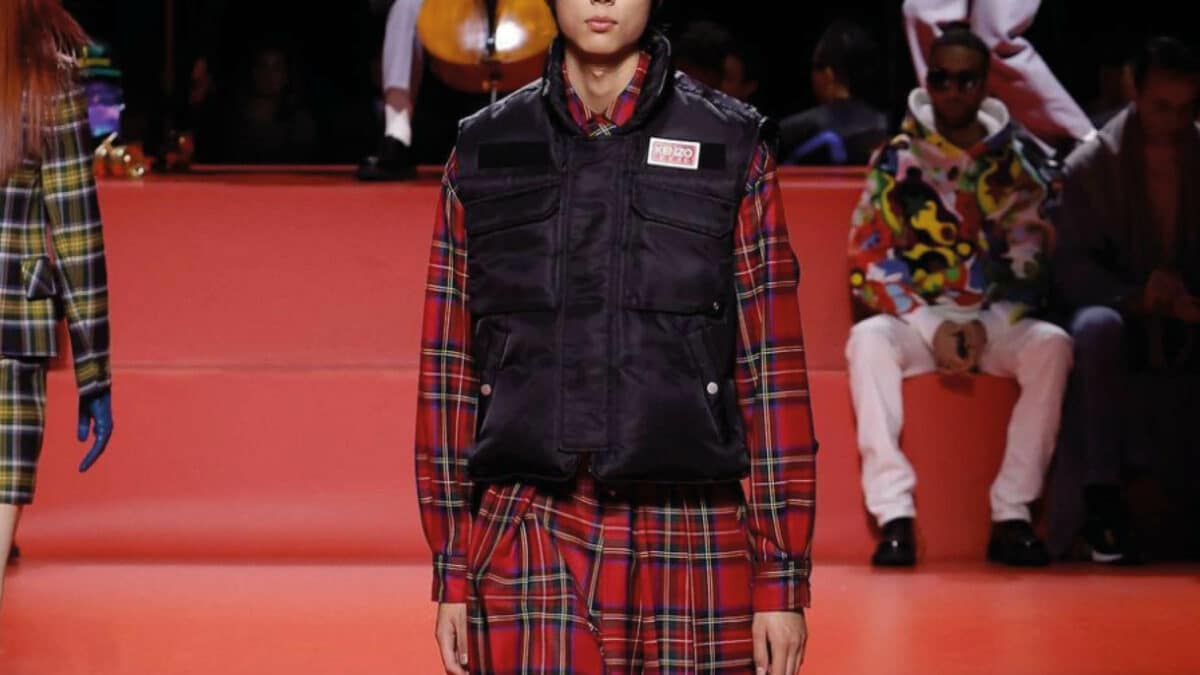 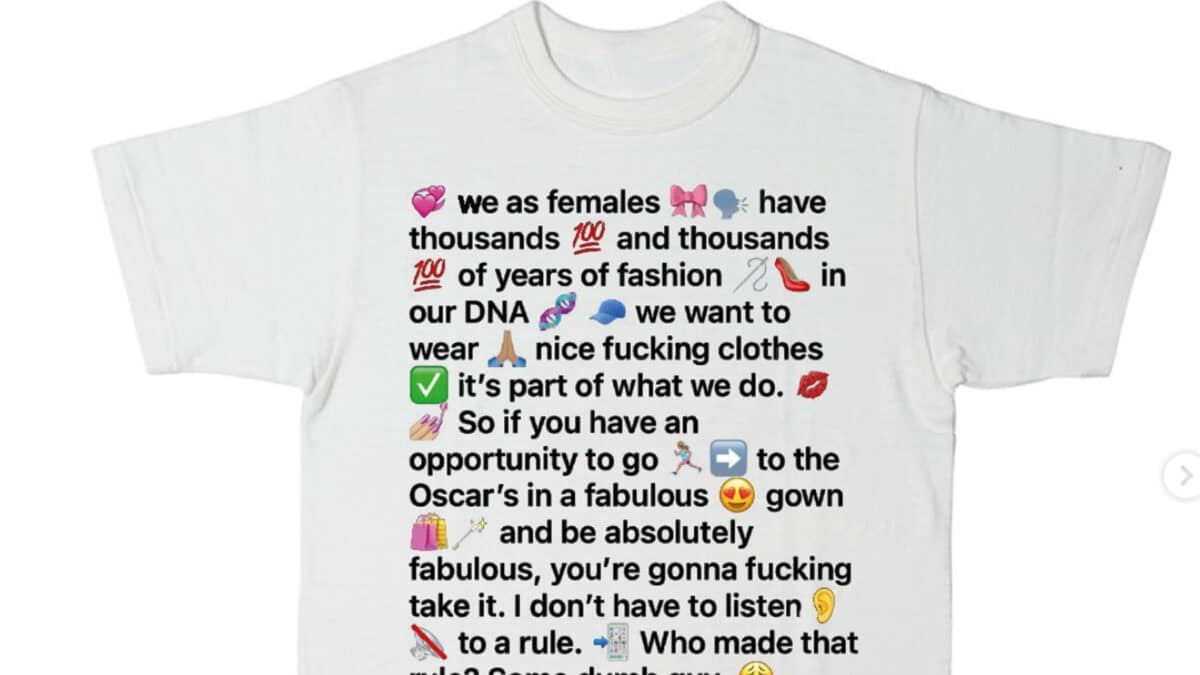 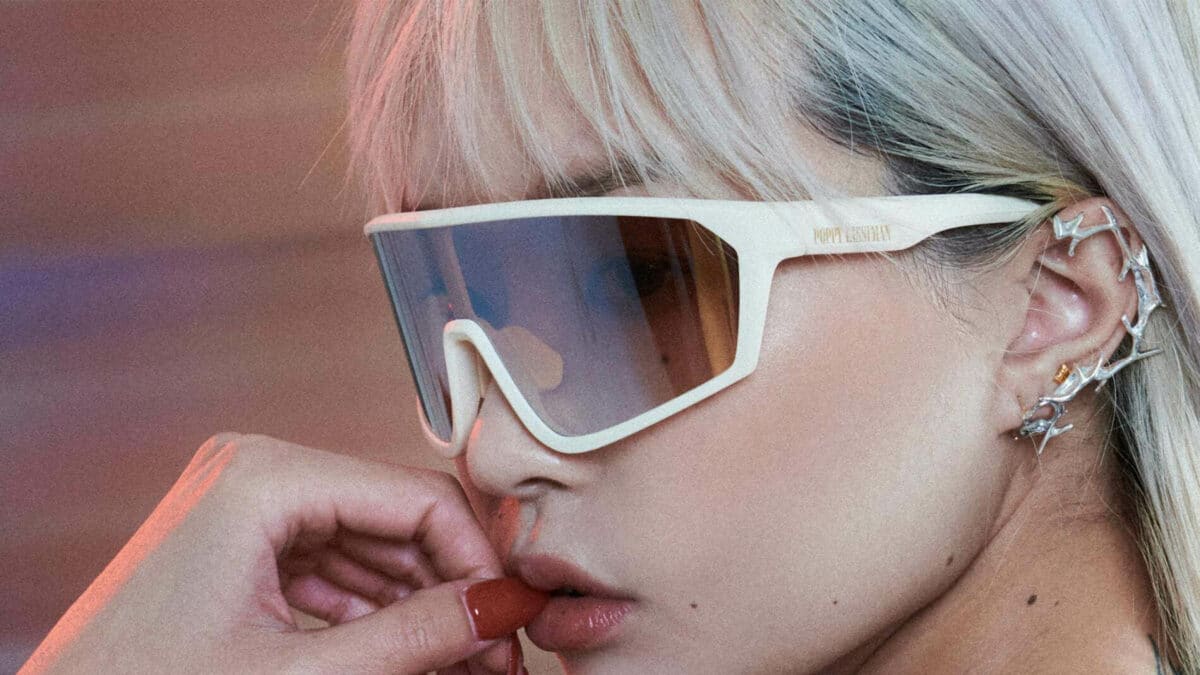 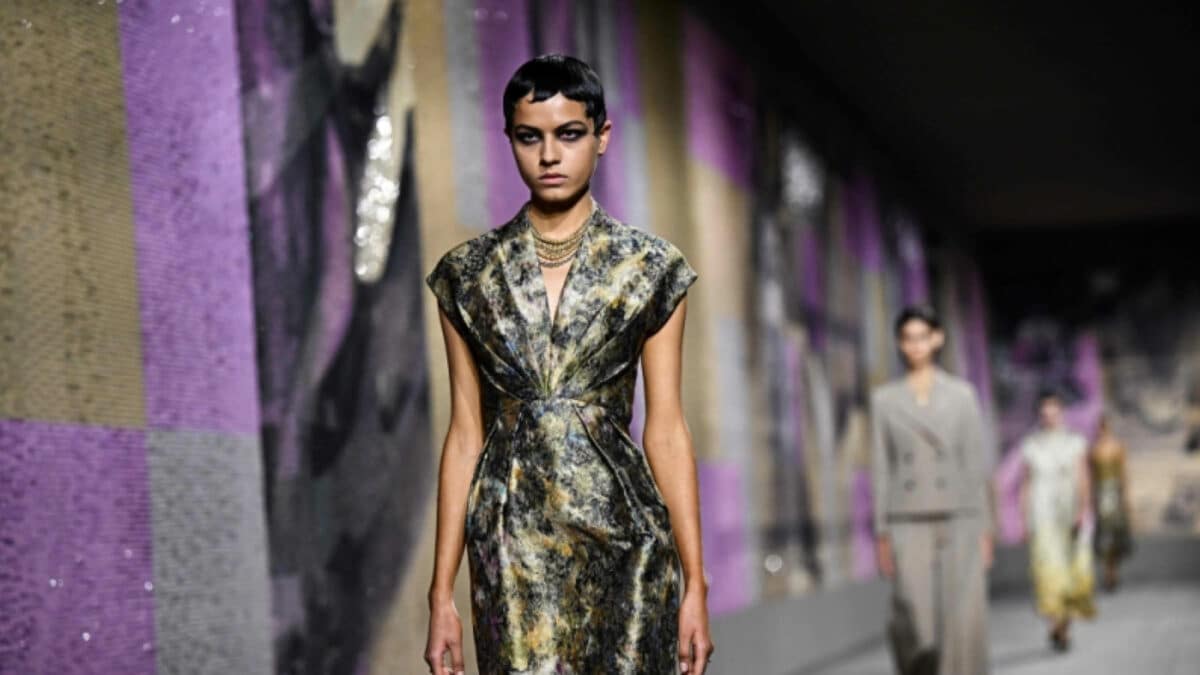 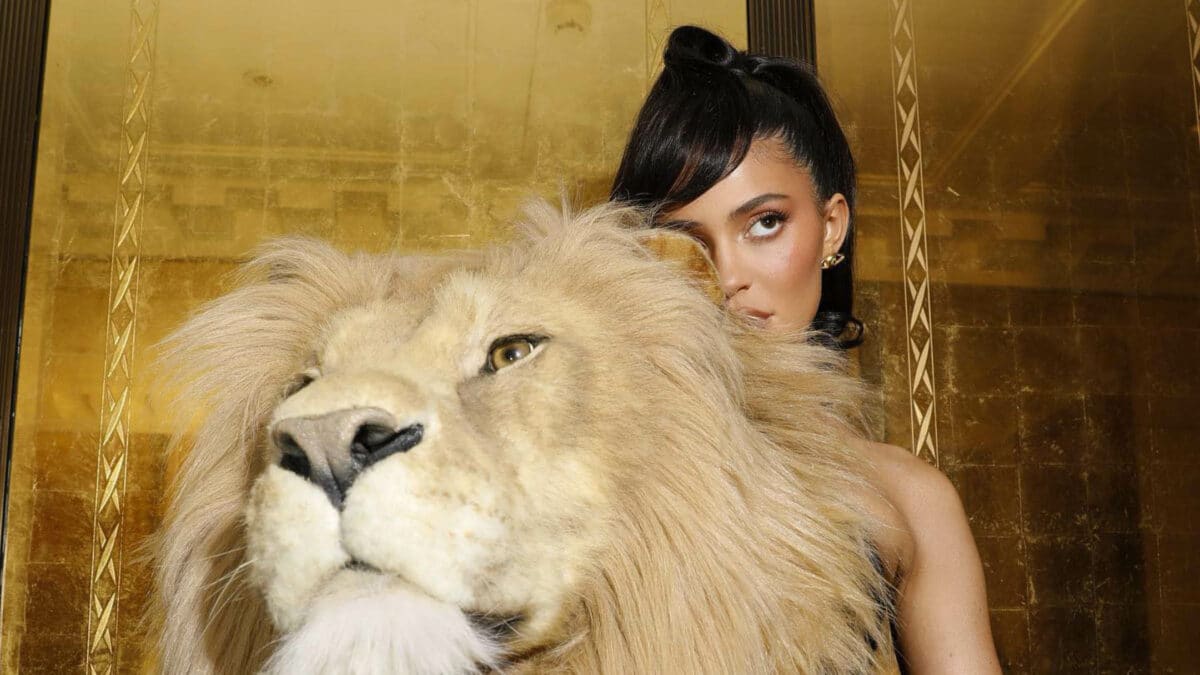