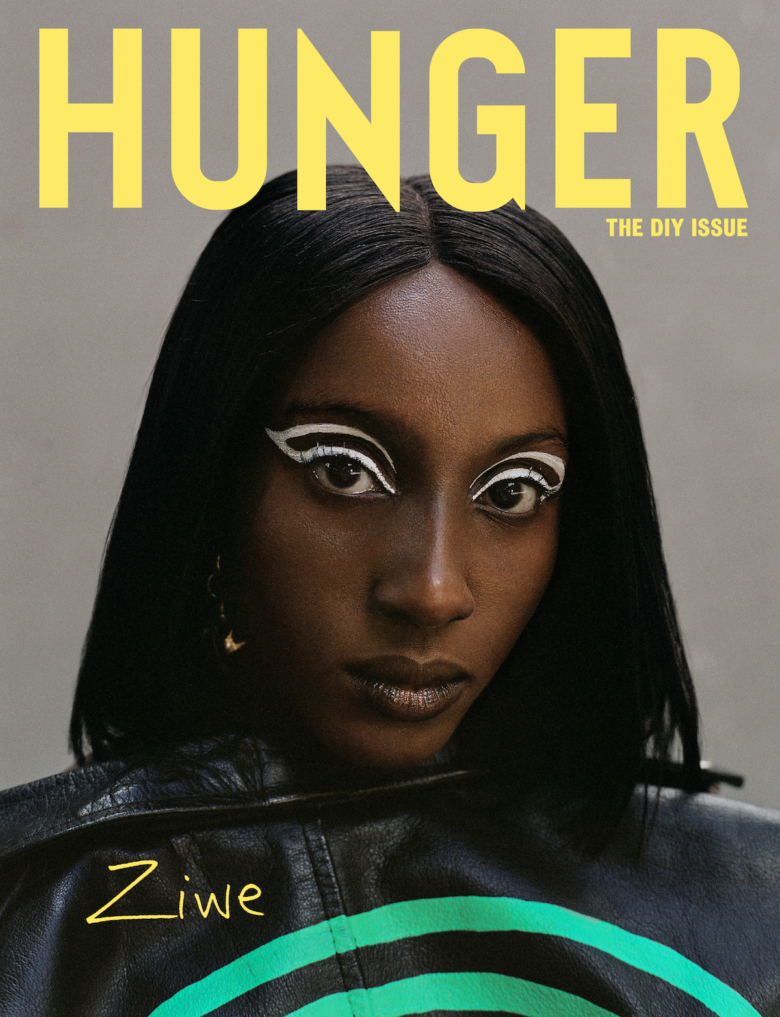 Apart from a few notable exceptions, mainstream comedy in the UK is populated with more middle- of-the-road panel-show comedians than challenging commentators. As a writer and performer, I habitually wander into political and social commentary but acutely feel, especially as a Black woman, the absence of popular platforms on which to ply my trade. So it’s no surprise that I am instantly attracted to the art of Ziwe Fumudoh, an American writer and comedian who built her own platform by way of her Instagram Live show, Baited with Ziwe.

Like all genius ideas, it’s really simple: Ziwe exposes all our shortcomings by asking interviewees leading questions to reveal theirs. Her show’s popularity couldn’t be more timely. Over a Skype video call, in front of a magnificent sight of blossoming mid-summer flowers, Ziwe and I chat about comedy, race and making educational moments out of entertainment.

The first thing I notice about her show is the grilling of liberal but previously cancelled white women. “Most of my guests have not been cancelled,” Ziwe corrects me. “Those are just the guests that go the most viral. When I am booking my guests, I’m thinking about who is interesting, who do I want to talk to, whose material do I want to spend time with, and who is contributing to the greater dialogue about race.” 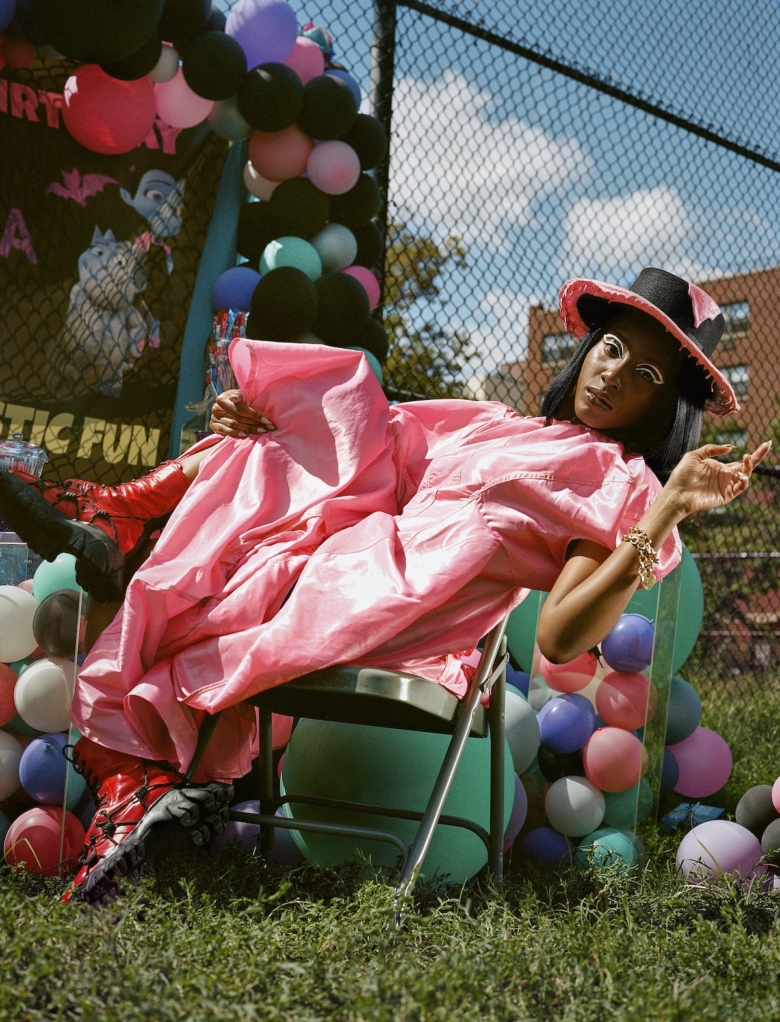 Hat by KIDSUPER, Dress, skirt and boots by ANGEL CHEN and earrings and necklace by LAURA LOMBARDI.

"I love the opportunity to speak truth to power and poke at the bear."

This is instantly interesting to me; a frustration of mine is the amplification of reductive takes on race over informed ones. However, Ziwe doesn’t believe this is the only thing that accounts for the popularity of her more naive guests, explaining, “If you’re asking why these videos of people not necessarily having the most media-trained answer to ‘How many Black friends do you have?’ go viral, I think it’s ultimately [because it’s] relatable. Most people don’t know how they would answer that question. And that’s the comedy of it. [They are] fundamentally uncomfortable with having people see how much they don’t know. Let’s make that something that is normalised. Because, ultimately, not knowing isn’t the problem. It’s the unwillingness to learn.”

Ziwe is kind enough to stop some guests once they’ve said enough. Why so generous when she could go in for the kill? “I don’t know everything,” she says, making her instantly more humble than me, “so I treat my guests with the same dignity. It’s my goal to be vulnerable myself so they can be vulnerable with me. So the audience members can go back and say, ‘How would I answer these questions to my friends and their families, and at Thanksgiving?’ This is not just a dialogue between me and Alyssa Milano [a previous guest], this is meant to stand with every single person who is watching and every single person who is connected to the people who are watching.”

Having studied African American Studies in the US at Northwestern University, Illinois, and completed internships on shows including The Colbert Report and at the media company The Onion, Ziwe is more than qualified to tackle big conversations about race. “My comedy has always had a political tilt,” she explains. “That was my attraction to comedy – that you could say really hyperbolic, offensive things, and if they point at the right target with power, then you could get away with that. I’m devious. I love the opportunity to speak truth to power and poke at the bear.”

Punching up in this way is one of the most satisfying things as a writer. Does Ziwe think comedy might be uniquely placed to make a difference as an art that routinely critiques the less-desirable parts of society? “That’s a hard question. What I try to do, first and foremost, is entertain. Because otherwise, [the message] does not penetrate through to its audience. Then, once you have it entertaining and it’s actually funny, then you can get to the substantive part where it educates people and encourages people to go out and ask, ‘Who is A. Philip Randolph, who is Shirley Chisholm?’” 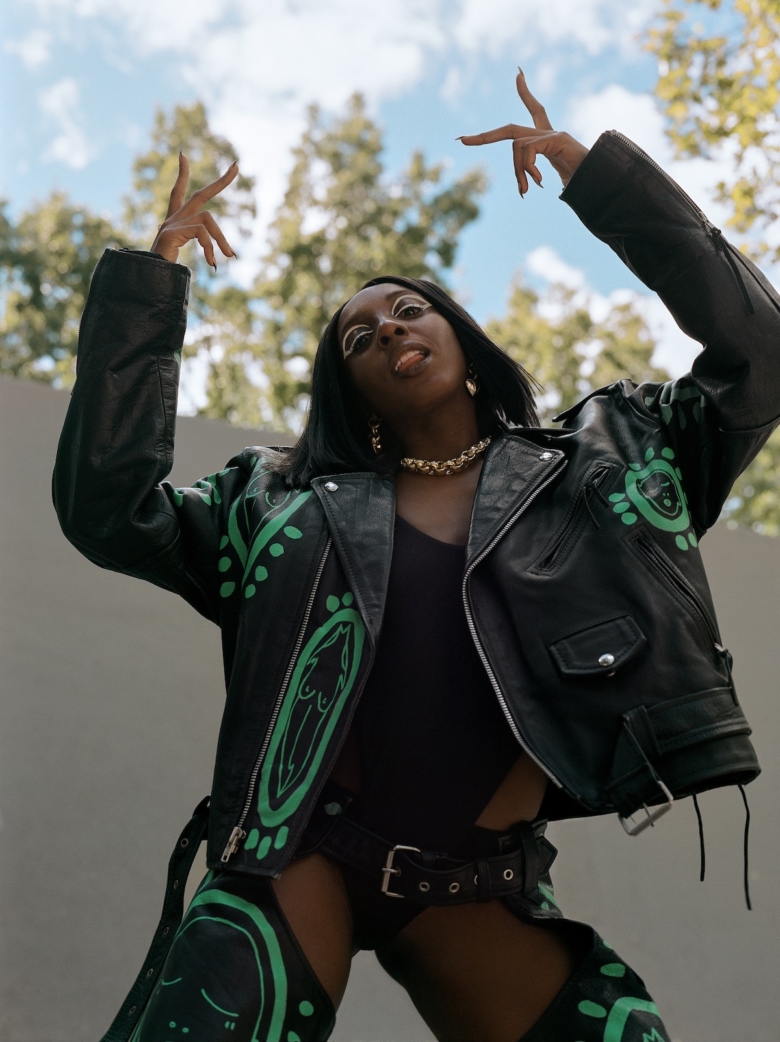 Jacket and chaps by PATRICK CHURCH, leotard by THE ATTICO and chain and earrings by LAURA LOMBARDI.

I think this is the holy grail of comedy. Making people who disagree with you laugh. The problem is, writing an educational joke is a lot harder than a joke about dogs or periods. Ziwe gets where I’m coming from, as we both chuckle at the challenge we give ourselves as comedians. “Who wants to learn?” she asks. “Learning is boring. I don’t want to read a book. You have to meet people where they are. Especially in these trying times, they want to have a moment of levity. And if that moment of levity also inserts really heavy African American Studies theory into their daily lives, then that is a victory and you have to take that as a win.”

Ziwe attributes her success to surviving the joke-hungry world of The Colbert Report and perseverance. “I learnt to have a high capacity as a writer. That’s really useful in this day and age because I make music, I do my Instagram Live, I still write professionally… I have been doing versions of my Instagram Live show for five years. And it blew up at the start of the George Floyd protests. All these Americans were at home and were curious about their own racial biases. But that’s a testament to the fact that what I was doing was evergreen. It feels topical, but it’s something that I have been working on for a long time.”

Thinking about our earlier conversation about peppering quality comedy with salient hot takes, it seems apt to bring up Ziwe’s other creative outlet – pop music. With self-penned songs titled “Universal Healthcare” and “Make It Clap for Democracy”, was that the original dream? She brightens up even more at the suggestion. “Yes! When I was five years old, I was obsessed with Britney Spears. I would watch her perform and I would hold my Fisher-Price recorder, and I would be like, ‘Everyone shut up, Britney is performing!’ They say in therapy that you please your inner child’s fantasies, so I feel like my art does that. As a kid, I wanted to be president. And I wanted to be Britney Spears. So I think when you watch my Instagram Live that’s me being presidential. And with my music, I am living my pop star life and performing my songs in a catsuit.” 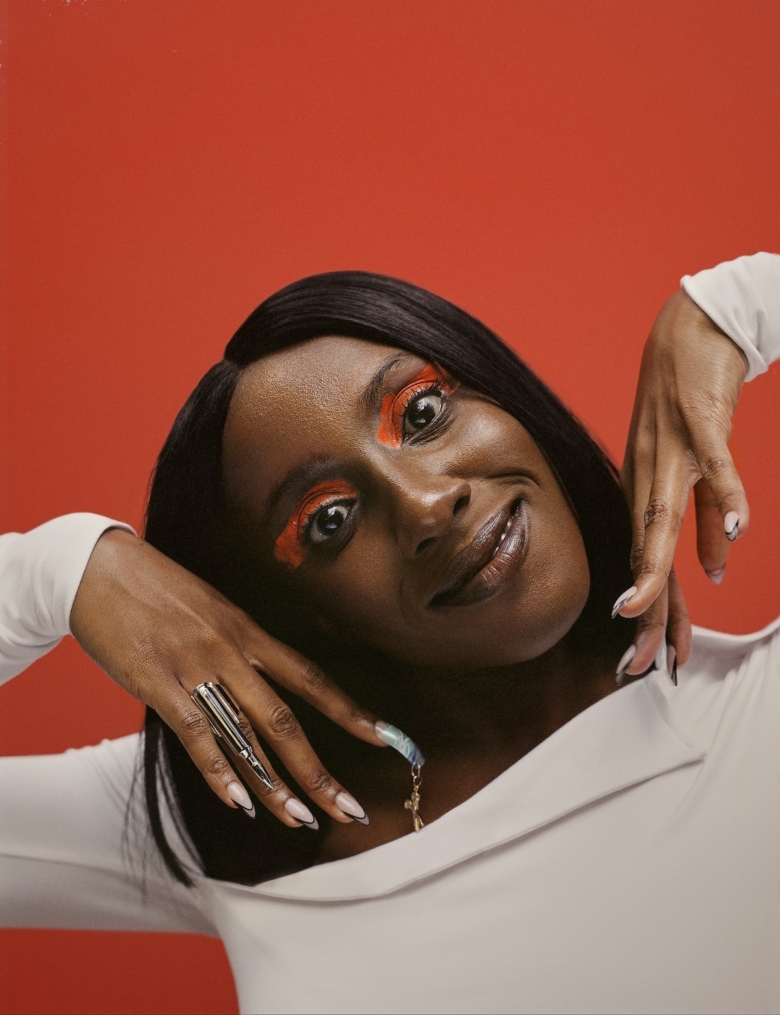 Bodysuit by SCARLET SAGE and ring by AUSTIN JAMES SMITH.

"Laughter is how I cope with trauma. That's why I'm a professional comedian."

I love this approach – combining something that, on its surface, is quite commercial with gravitas. But people have been saying the right things, in all kinds of different ways, for a long time. I’m blunt when I pose my next question: “Will white society ever learn?” “I don’t know,” Ziwe responds. “But I think, for the sake of our nations, we have to. James Baldwin talked about how racial tensions were going to come to a head. They are built into the fabric of what it means to be an American. As long as this country has existed, race has existed, and the issues with race have existed. Either we address these issues or the American experiment is in peril.”

On that ominous note, I have to ask Ziwe what, despite it all, makes her laugh. “Laughter is how I cope with trauma,” she offers. “That’s why I’m a professional comedian. The world is laughable. In the best way and worst way possible. I never expected when I was growing up that this would be the world that I inherit. And that is laughable. I don’t know if I am laughing for irony, but I am laughing.”

I agree. The world has always been laughable. It’s never actually been OK for everyone at any point in history. Which seemed like a nice, if depressingly honest, way to end the interview. On my assertion that it’s been like this always and it may be like this forever. But instead of giving up, I might go out and buy a catsuit. 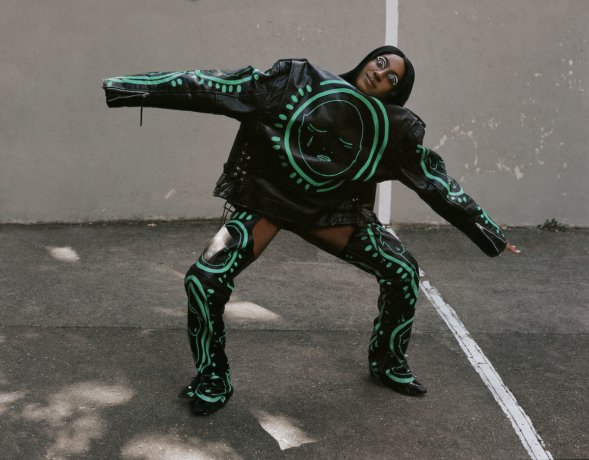 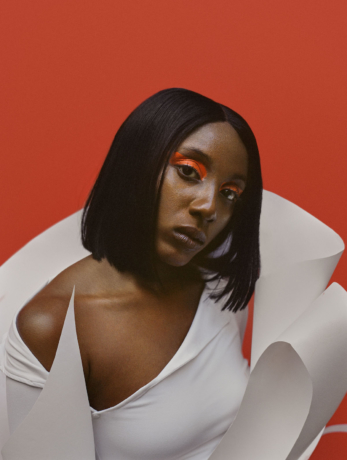 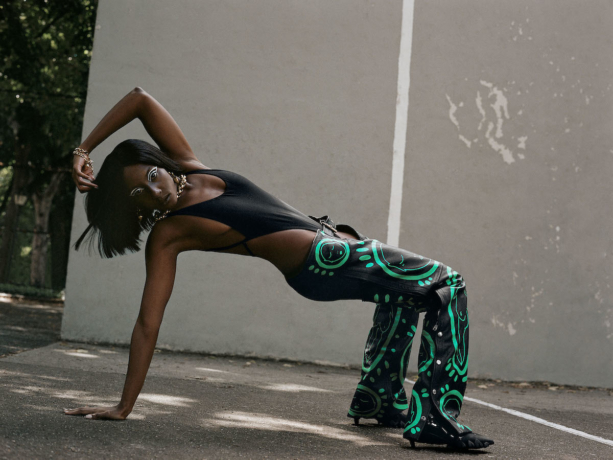 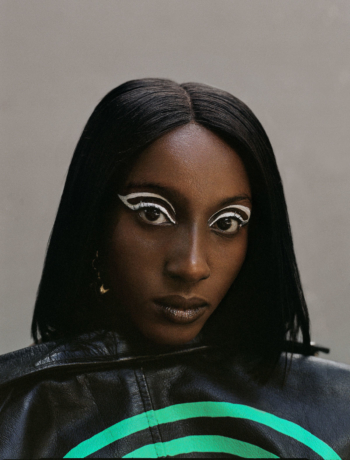 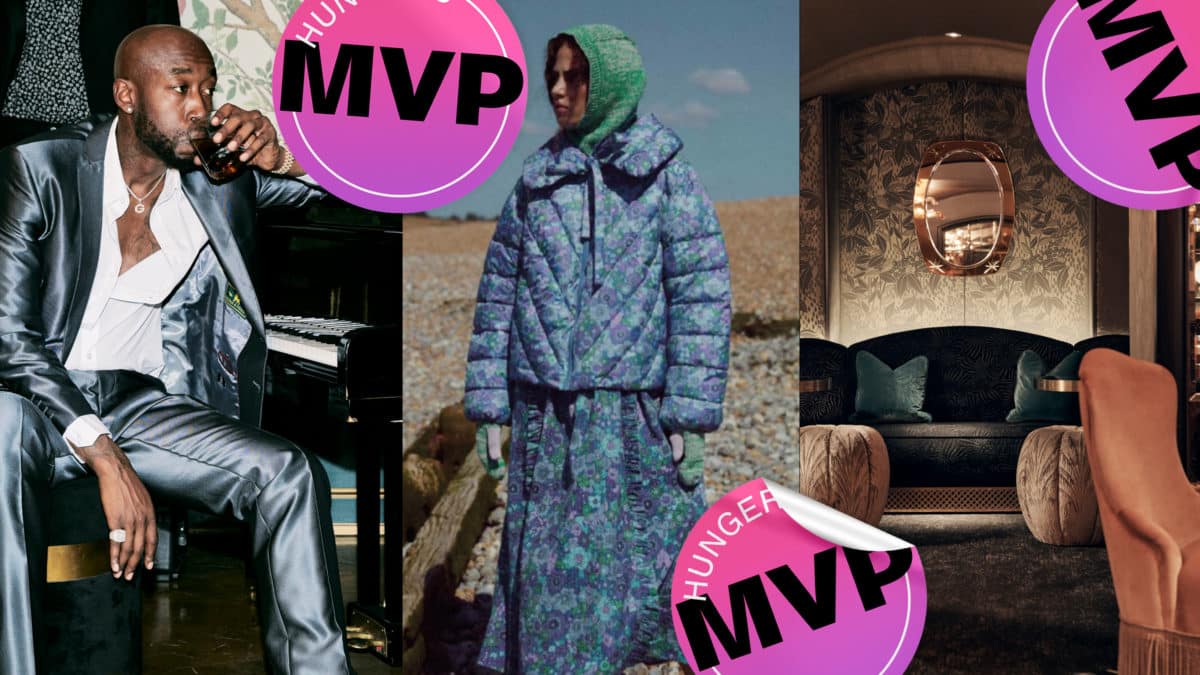 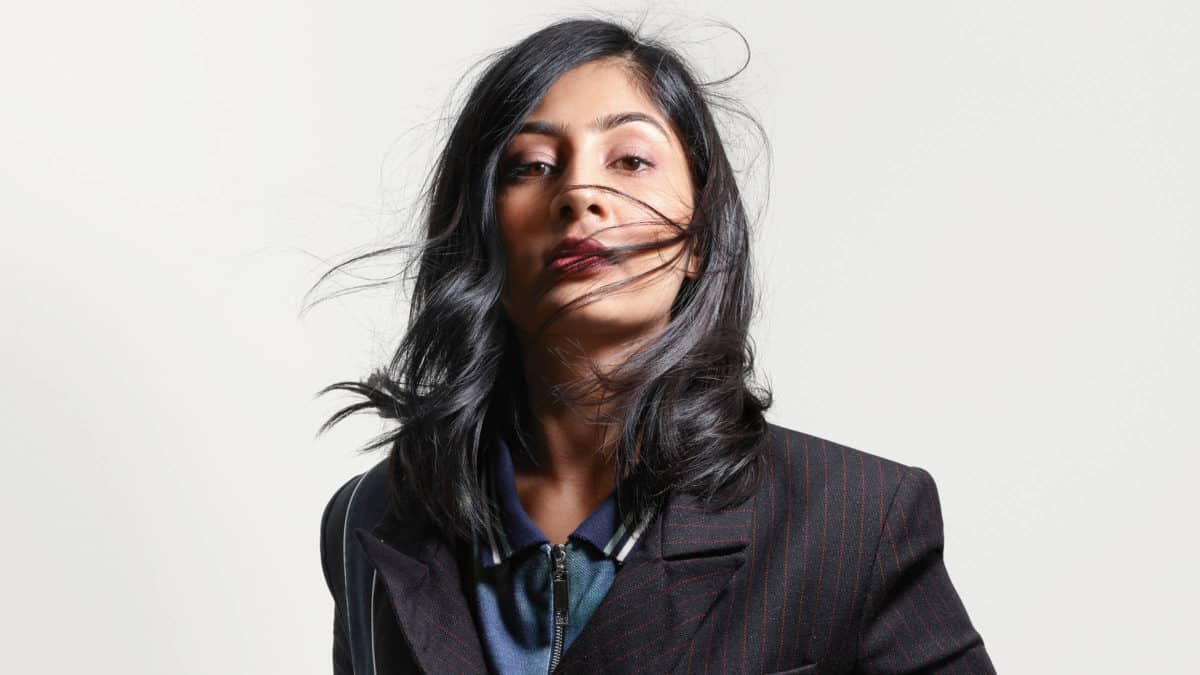 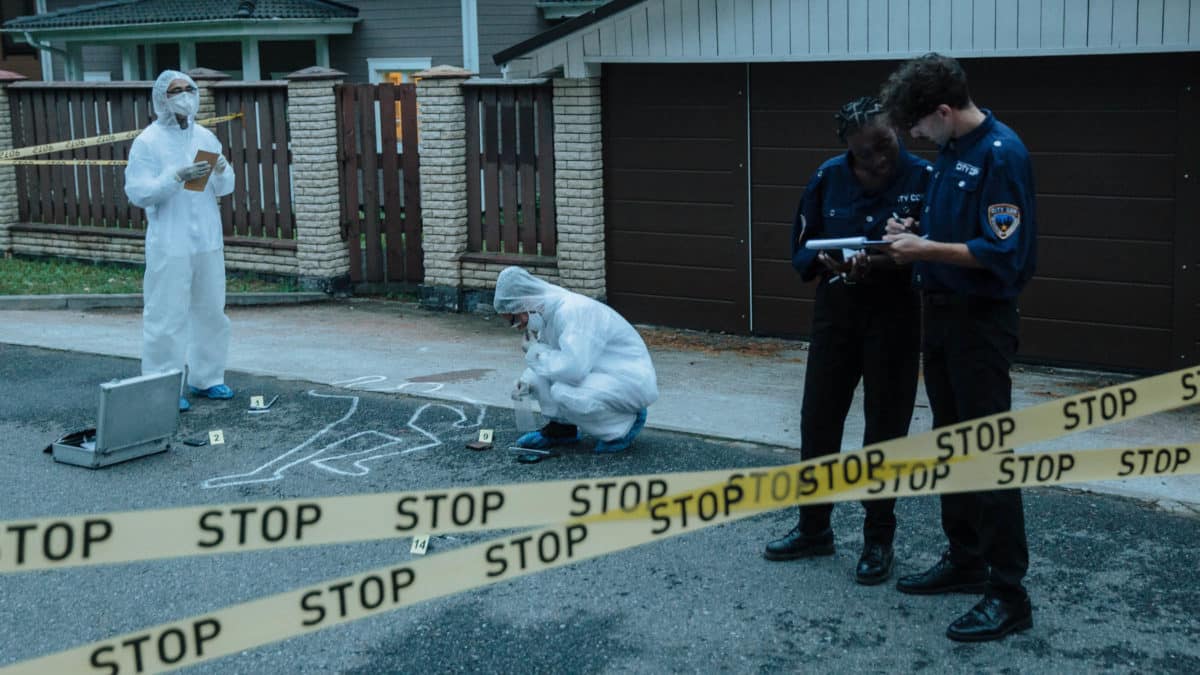 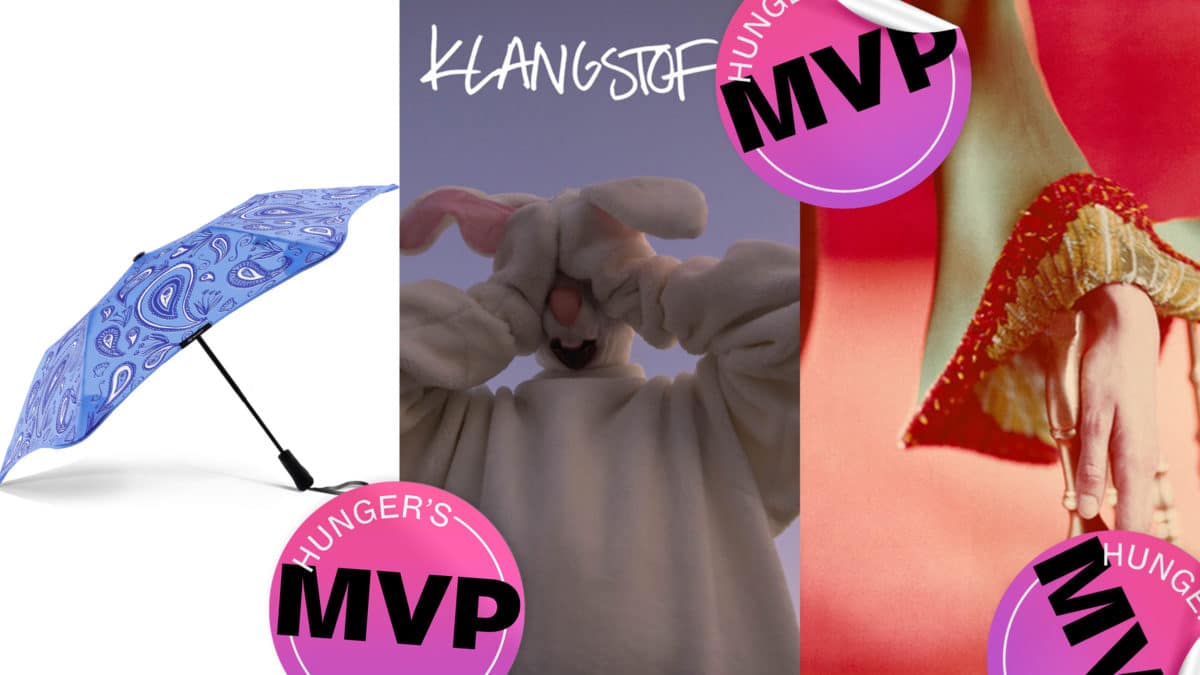 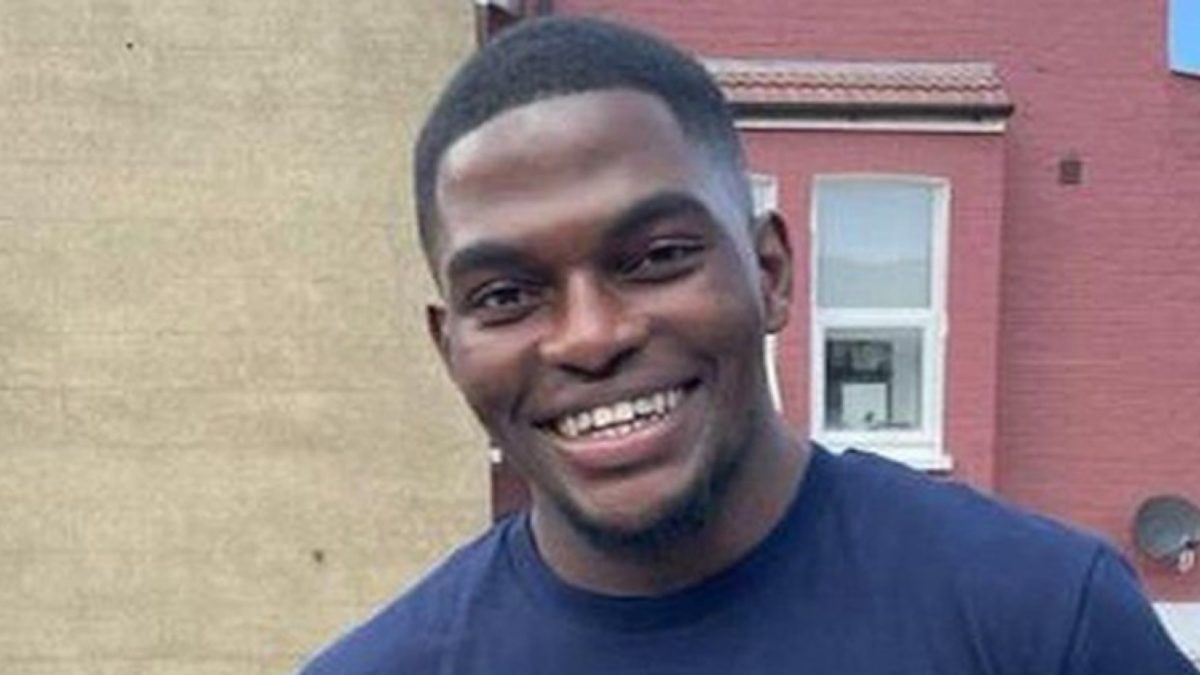