Harking back to the early days of education, when learning was all about decorating classrooms and wheeling in the school television to watch a pixelated film, felt no doubt played a big part in our lives.

Lucy Sparrow, a contemporary, immersive artist from the UK, is taking you back to your childhood with her felt creations; installations that aim to arouse nostalgia through bringing ubiquitous products to life.

Lucy’s recent show, ‘Tampa Fresh Foods’, has been labelled as the artist’s most ambitious project to date. Over 50,000 items line the shelves of what ostensibly looks like a convenience store, such as Brillo pads, Tampa lobsters, a full on cheese counter, French baguettes, enlarged jars of Nutella, and triple A batteries. In many ways, the shop looks exactly like an actual store filled with real, perishable goods. It’s something that many other people have thought, considering a large portion of Lucy’s guests in the past have wandered in hoping to do their weekly shop.

“I knew I needed to do a big and impressive show to break through and make a splash in the art world that people couldn’t ignore. Obviously it’s an incredibly hard world for people to get into. You really need to make something quite impressive to grab people’s attention. When I did my first big show, ‘Corner Shop’, I knew that I needed something that would make a lot of press,” Lucy explains.

With the chaos of the minute countdown in the background, HUNGER sat down with Lucy on the opening day of her Tampa show to discuss why she makes her felt creations, how the hell she does it, and why people are quick to think it’s all a comment on consumerism…

What were the first felt items that you started to make when you were younger?

I always made things that were way bigger — oversized things; something that would play with people’s proportions so it would make people feel a lot smaller. As I progressed, I realised you could get that same feeling through quantities and making multiples of things. Then it became about making things as life-size and accurate as possible. More often than not it was always food.

What’s your process of making a single item?

If it was from start to finish, each individual piece would take about 20 minutes to an hour. I make everything in batches because it works out better like that, so it would take two years to make a show — something this size, which is 50,000 items. I guess it’s like making a movie when you have an initial concept and you have to absolutely keep the faith between the start point and delivering it.

What has been your daily routine for making everything? How do you stay sane when making the same thing over and over?

It’s very difficult. I think it comes down to knowing that each one down is one less to make. Keeping the faith knowing that, when it all comes together, as long as you’ve done everything you need to do, it will match up to the vision you had in your head two years before.

How did you manage to take your work beyond the point of novelty, and actually start making people recognise the skill and hard work behind the pieces?

I think it becomes a matter of scale. People make things out of felt all the time, that’s not unusual. I think it’s the immersive aspect of it. When I first started doing my shows, I ran them because I had no one else to run them for me, but then it became much more about the performance art aspect of it and the experience people had in taking part in a show. You can make a single strawberry and it’s not what is normally considered as “high art”, but the emotion and these feelings of nostalgia that you get from going to immersive art experiences becomes transformative. 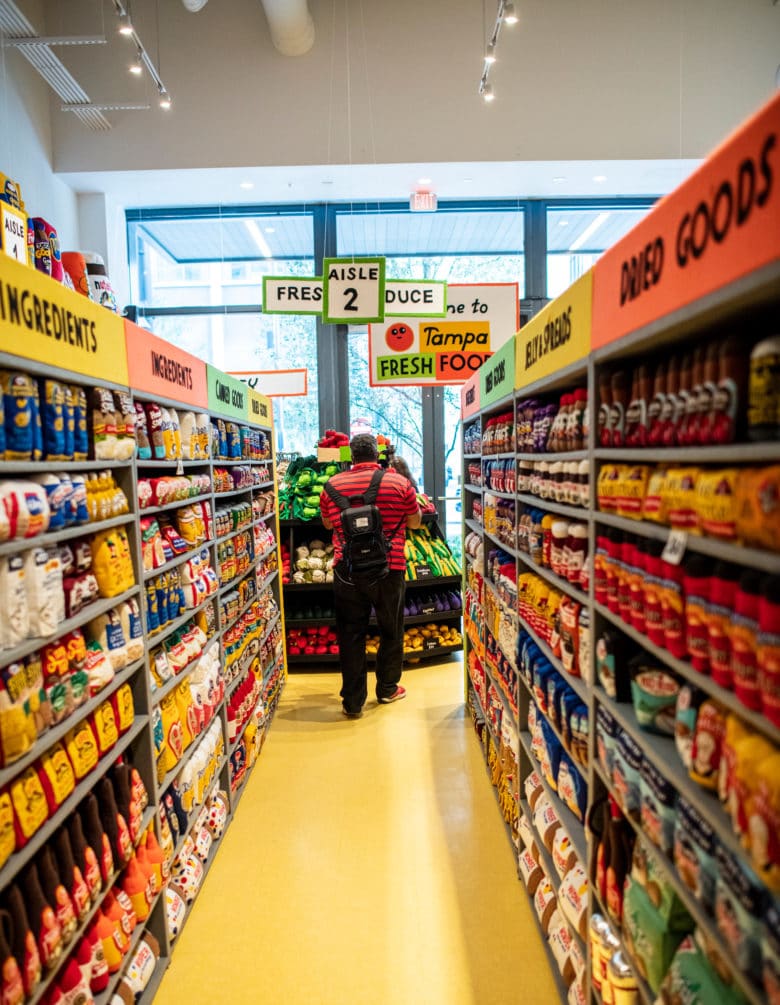 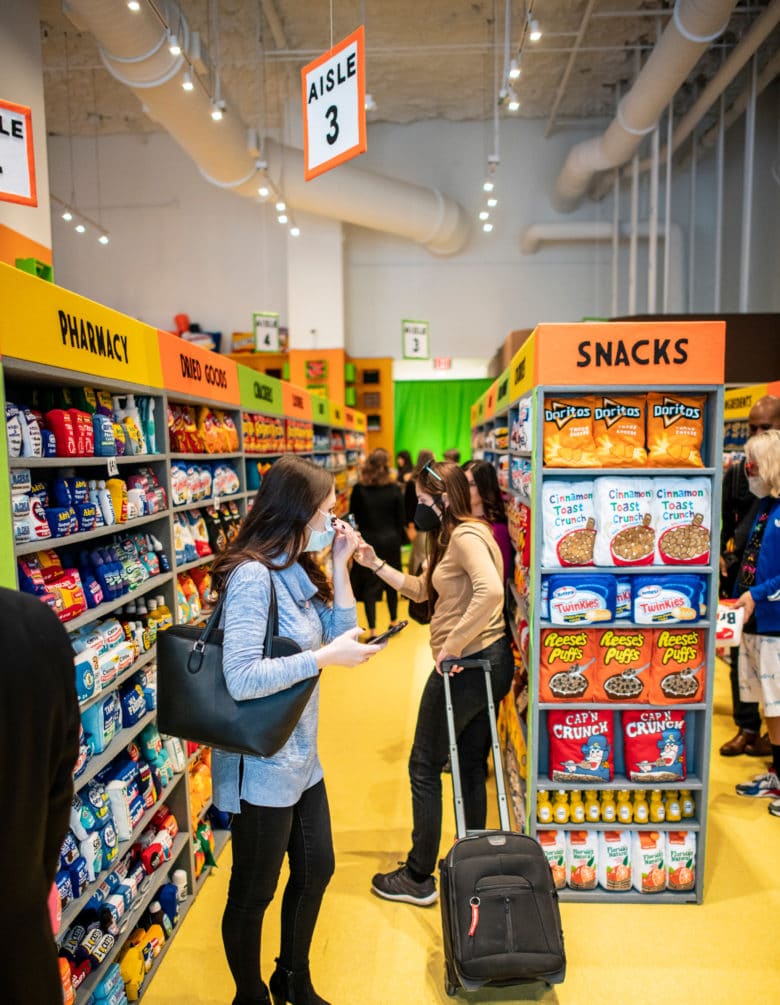 TikTok’s helping out quite a bit right? Have you had many people come in because of the app?

So many. I’ve posted about five things on TikTok and most of them were done by my assistant, I had no idea — I don’t really look at it that much. There was one day when someone came in and said, “do you know you’re going viral on TikTok?” I was like, ‘I do not’. Since then I’ve been a little bit obsessed with it. I guess the cynic in me is saying it would be great if they come for art’s sake. But the world is moving on, so why shouldn’t they come in just because they want to share their lives as much as I’m sharing what I’m doing in mine?

I’ve read that some people say that your work is a comment on consumerism. But if it isn’t, what’s the underlying message behind it?

It’s never been about consumerism. It’s never [a] been criticism of that. I don’t know why that came about, I think it’s because of the Andy Warhol link where you’re putting a microscope on products. But it’s never been about that for me and it’s not the reason I do it. I love this connection that human beings have with brands that mean so much to them. We have people coming in and seeing a felt version of a pizza that their grandmother gave to them, or the snack that they had after school everyday. It’s this nostalgic and emotional connection. It’s almost a celebration of brands more than any kind of criticism. What I’m interested in is the reactions of people. It’s very hard in the art world for someone to have emotion in a piece. Whereas when you find a piece that you connect with, you don’t forget it. I still remember art pieces where I had such an emotional reaction to them that I still feel it now. If there’s one person that has that, then I feel like I’ve done my job.

So, your work isn’t a comment on consumerism? Why do you think people want to put this take on it?

I think it’s a very easy approach to take. Traditionally, artists have always taken an anti-capitalist stance, or tried to make a more political point. I’m much more interested in making people happy and [for them] to have an emotional connection. It’s much more about positivity than negativity. It just doesn’t interest me as much. How can I have a criticism of consumerism when I’m a consumer myself?

How have people reacted to your convenience stores compared to the sex shop that you created?

It definitely comes with happiness and wonderment more so than the sex shop. The sex shop was definitely something that I needed to do, but it had a totally different approach to it. It provoked a conversation but also looking back now, it was too obvious, it was too in your face, rather than having a subtle approach to topics that you might want to explore. Also, the familiarity. Not everyone goes to sex shops, so you don’t have that united feeling of this being a worldwide memory for people.

Has anyone ever unknowingly stumbled into one of your stores and started to think that they were on some kind of acid trip?

Less so now. When I first did ‘Corner Shop’, I would say that one in eight people thought it was real because it literally popped up in the middle of East London, I’d never done a show like that. I think I had 600 people per day and 50-100 of them came in looking for real food. It’s almost disappointing that it doesn’t happen anymore because that was almost the charm of it.

Have any brands come at you with a cease and desist?

No, to be honest, I had one but then the week after they were asked if I wanted to do a collaboration. I was like, ‘no’. Brands really like it, I guess because there isn’t a criticism there. Also, the laws around it — it’s artist appropriation, it comes under parody and pastiche. As long as I’m not like ‘these are the most delicious strawberries made by…’ It’s not real food, I’m not a competitor.

#stitch with @morganbarse what do you want to see next from my newest art installation? #thingstodointampa #tampabay #tampa

Why do you give some items faces but not others?

I’m sorry to do this, but is that a comment on anything?

When I see clothes on the floor in a shop I pick them up because I think they have feelings, and I don’t know if that’s because I’m an overly… not emotional person, but I assign feelings to things probably more than people. I think that’s another childlike element to it, you can put eyes on anything. I used to go around and put googly eyes on people in newspapers.

What else do you plan on turning into felt?

I’m really obsessed with the idea of a hoarder’s house that’s full of items. At some point I think that’s going to come to London probably because I think it’s very English-centric. So, having things in different states of disrepair, rather than having something that is fresh, new and shiny. About ten years ago, I made a ‘time-lapse pizza’, it was like a clock. The first slice was the best possible slice it could be and as it went round it was days later and the end piece was half eaten with a dead rat on it and cockroaches. I think that could be really interesting. It also doesn’t have that cute appeal. It’s cute but disgusting.

Keep up-to-date with Lucy Sparrow’s projects on her Instagram, and you can purchase her items here. 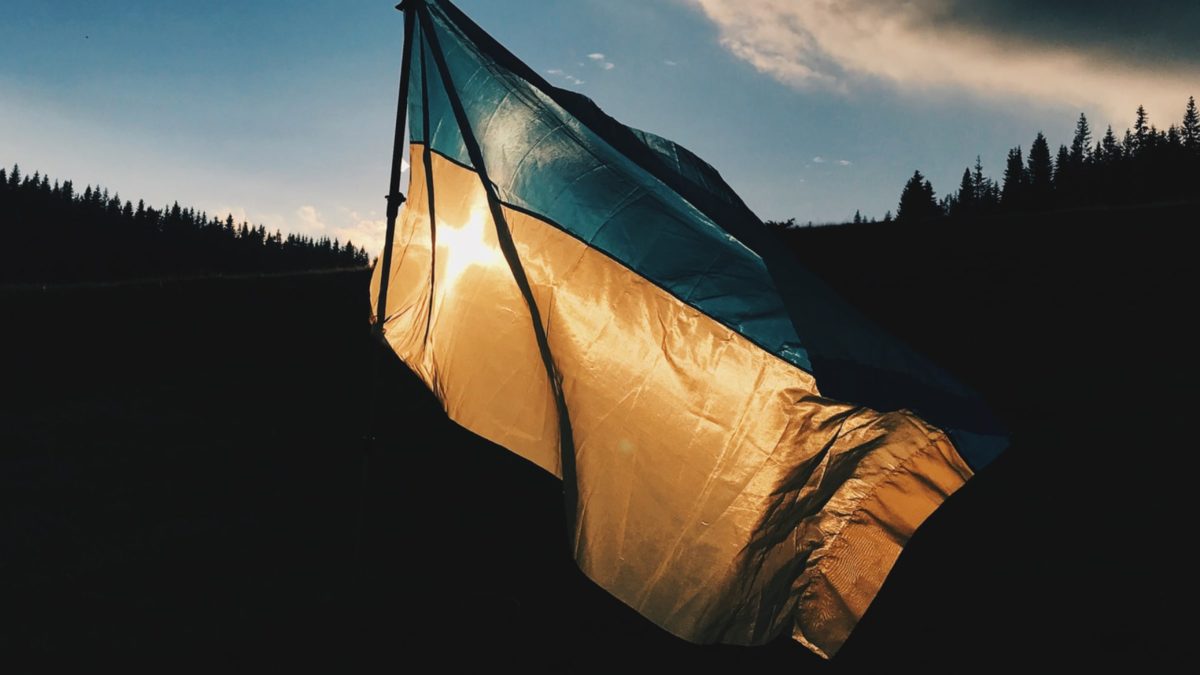