Fin DAC  is to exhibit in London for the first time with his long awaited solo show ‘Afterglow/Undertow’. This is the first opportunity in recent times for collectors to participate in  a Fin DAC solo show, mainly due to a hectic international schedule for public mural artwork and an unwavering and strict commitment to producing only the highest quality artwork.

West Contemporary, long term collaborator gallerists and a fixture themselves in contemporary British art, are charged with hosting Afterglow/Undertow, a culmination of 12 months of studio work and six years of street work. Recent collaborations between the gallery and artist have included the sell-out print project ‘Velveteen’ and the Spring 2021 collision between Fin DAC and Mick Rock, the celebrated English rock photographer, who teamed up for ‘Midaro’ – a mixed-media reimagining of Rock’s portraiture work with Debbie Harry, Lou Reed, David Bowie and Iggy Pop that garnered significant press around the world, and again, was a complete sell out. 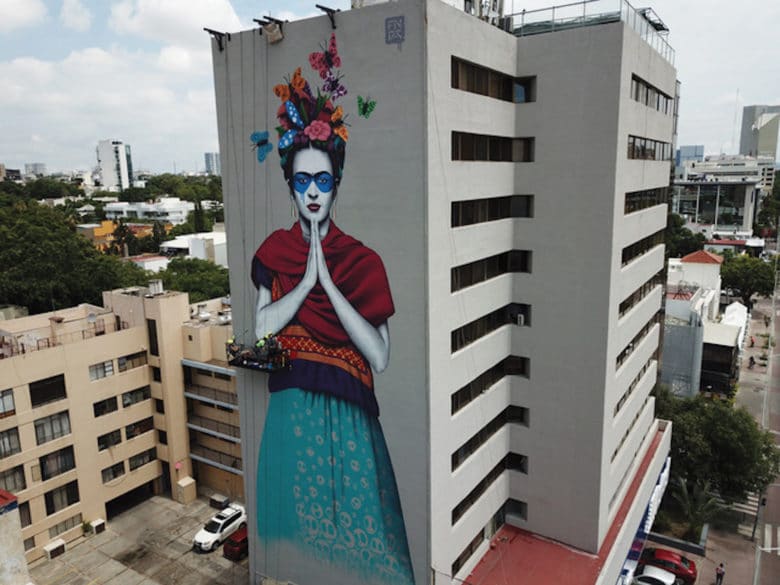 Since Fin DAC’s last (and only) solo show ‘Nadeshiko’ in Venice Beach, California, in 2015, he has criss-crossed the globe adding his artwork and building adaptations to major world cities such as Paris, Berlin, Milan, Tokyo, Melbourne, Sydney, L.A, New York, Miami, as well locations less synonymous with street art such as Tahiti, New Zealand and Guadalajara. Gallery Different, located in Fitzrovia, one of the City’s most impressive artistic regions, is the chosen venue for Afterglow/Undertow due to its versatility and ability to afford the artist carte blanche to curate an immersive experience.

Included in the show will be the artist’s first bronze and stone/gold sculptures, a 10-year anniversary homage to ‘Killer Instinct’, as well as 26 large scale new original show pieces and a selection of one-off prints/collages and sketches.

Afterglow/Undertow will open to the public on the 23rd October until Saturday the 30th October 2021 at Gallery Different, 14 Percy Street London W1T 1DR UK.