Hailing from South London, Kamille’s vivacious energy radiates from my mic on our Zoom call. “You look gorgeous by the way,” are some of her first words to me — and as she proves throughout our conversation, the star is always thinking of empowering others before speaking of herself. In fact, the whole time it felt like I was catching up with a friend rather than a Grammy award-winning artist.

With an ear for music, her mesmerising voice and a career full of impressive accolades, one would assume the industry was always in her sights, but the singer actually started on a practical path as a stockbroker with a master’s degree in Economics. This lucrative career choice, however, wasn’t for her, and Kamille made the challenging decision to try to be a musician. “It was actually a really easy decision to make because I was in a job that I wasn’t happy in. I remember my dad and mum would encourage me to follow my passions, and my dad introduced me to his friend who has a record company and he would let me shadow other producers to get to know the industry better. So, I decided to walk out of my job — which I wouldn’t recommend anyone to do without a back-up — but I’m glad I did because now I’m doing something that I really enjoy!” 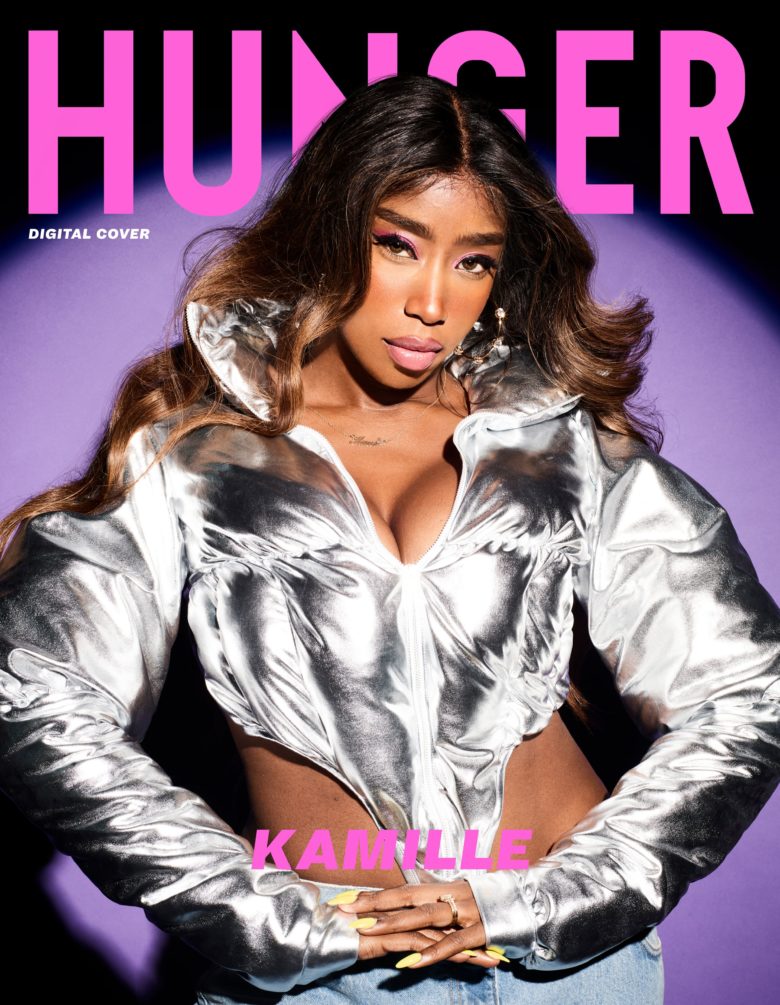 Kamille’s choice was clearly the right one. She wrote a song called ‘What About Us’ for The Saturdays, which climbed straight to number one. She modestly describes this triumph as “getting very lucky”; however, her numerous awards since prove otherwise. In 2019, Kamille went on to win the Music Creative honour at the Women In Music Awards for her outstanding contributions to music, as well as a Grammy, and then a nomination for the Mercury Prize for ‘Cool’ on Dua Lipa’s Future Nostalgia. Kamille’s track, ‘Shout Out to My Ex’ for Little Mix also received global acclaim and led to her winning the coveted Brit Award. With all these honours and five UK number one singles to her name, Kamille knows how to write a hit. “I was so proud of myself and all the work I had put into composing those songs,” enthuses Kamille.

Having written for the likes of Little Mix, The Saturdays, Jess Glynne, Mabel, Clean Bandit and more, Kamille reveals how she captures the essence of what each musician wants: “I’m a big fan of their work so I tend to write on what I would want to hear from them as a fan. For example, for Little Mix, I thought ‘what does this era have to say, what’s fresh right now, what’s going to break boundaries’”. It’s the best feeling seeing the musicians perform my songs or being able to perform with them. It’s a feeling that never gets old and is such an out-of-body experience. I just want to scream to everyone, ‘I wrote that!’” 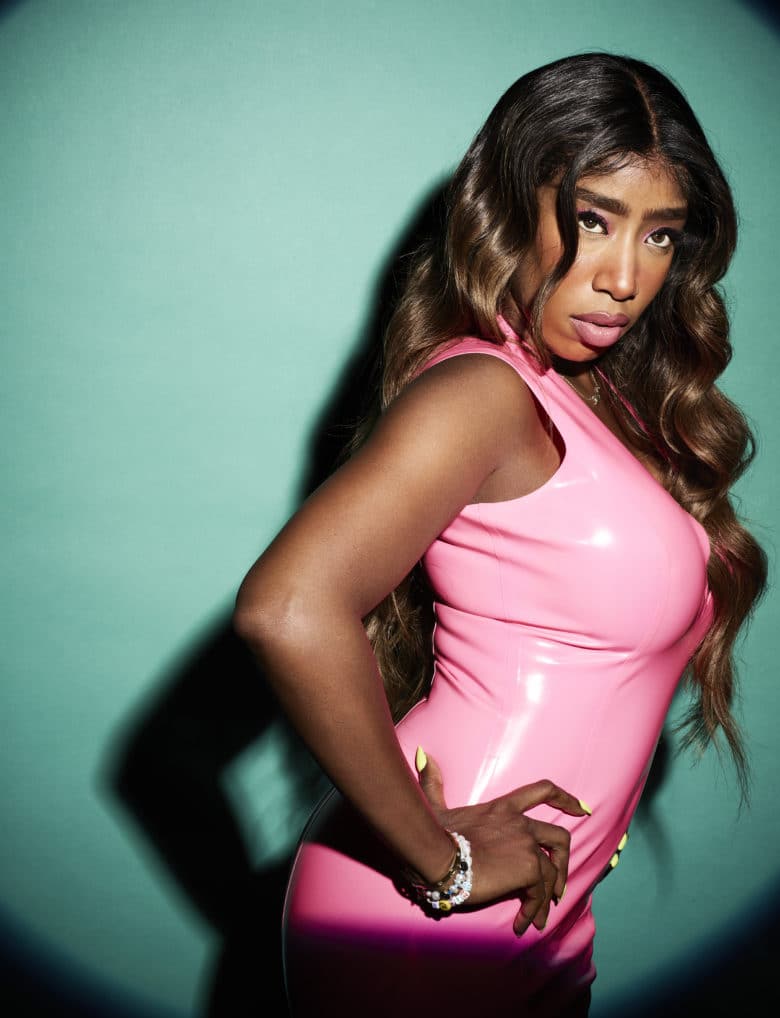 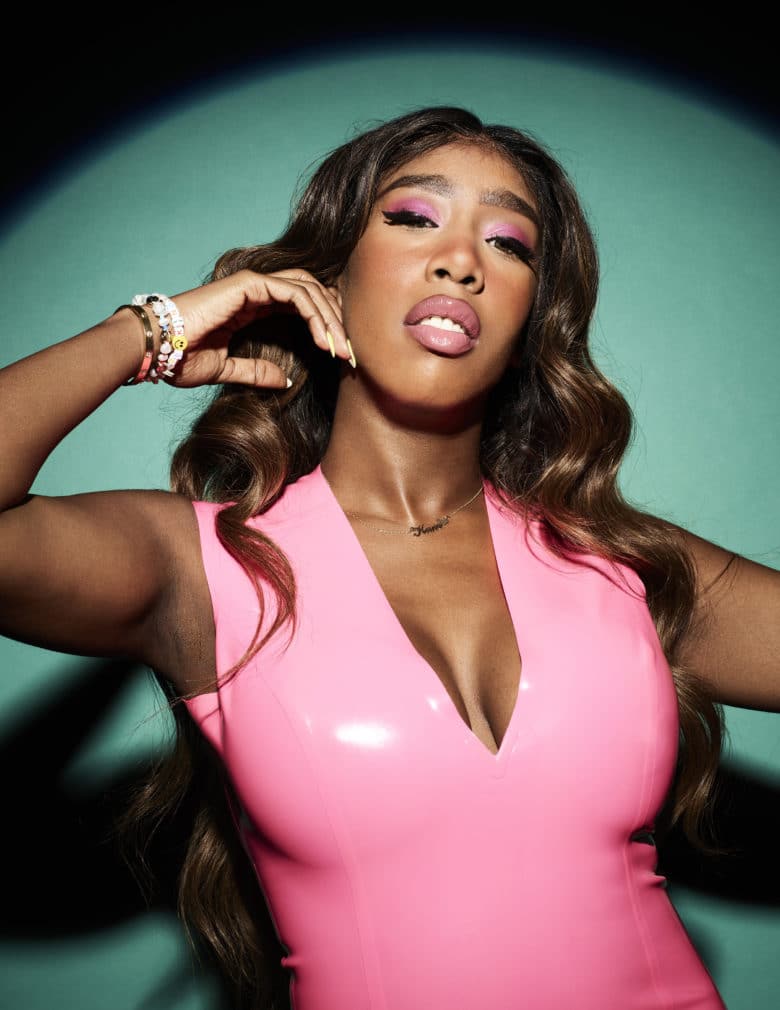 But while Kamille has been busy uplifting other musicians in the industry with her songwriting abilities, she’s also realized that it’s time to produce her own music. “Writing for other artists was a great way to learn more about the industry but a couple of years ago I thought ‘yeah, I’m ready now’. It was something I couldn’t stop thinking about and some songs I wrote felt just for me.”

She released her first single ‘Body’ ft. Avelino, followed by ‘Raindrops’, which was featured in her debut EP, ‘My Head’s a Mess’ in 2017. In both tracks, she expertly layered complex harmonies, with a rich, soulful bent to her trademark R&B style. This year has seen the sombre hit ‘Learning’, which promotes body positivity and hopes to inspire listeners to embrace their flaws, and now, Kamille has shared another empowering anthem, ‘Weight Loss’. “This song means so much to me and I’m so happy with the positive reception it’s been getting,” she says. 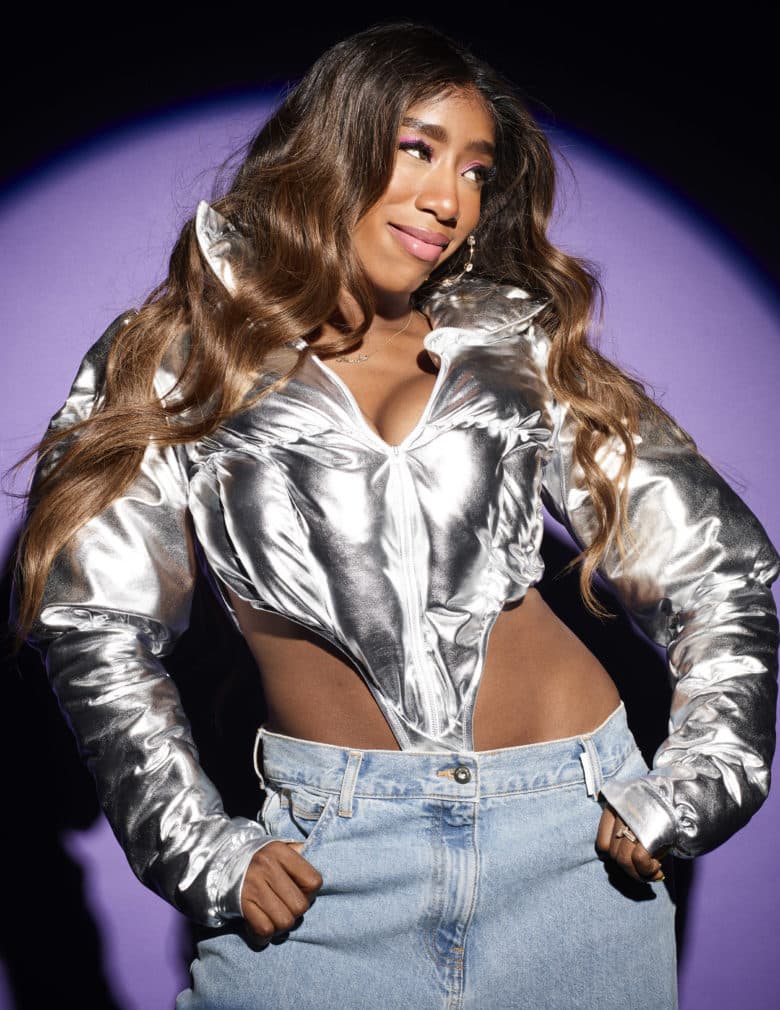 Kamille admits the song’s meaning was ambiguous initially, “I had this title ‘Weight Loss’ in my list of song titles for ages and I didn’t know what it meant yet. It was only when I got into the session that I was like okay, I know what this is about now,” reveals Kamille. She’s all about body positivity, and whilst the name of her latest track suggests getting in shape, the real meaning behind her empowering anthem is about that euphoric feeling you get from metaphorically getting rid of extra weight in the form of unnecessary toxicity from unhealthy relationships. “I really want to talk about the feeling you get when you’ve lost someone toxic from your life and you feel lighter like you’ve lost weight or excess baggage. It’s not about losing actual weight or going to the gym but more about losing the negativity in your life and feeling lighter, like you’re floating because of it. I love any music that’s empowering and uplifting”.

Kamille may be on everyone’s motivational music playlists at the moment but she has her own empowering playlist of her favourite musicians, including Flo, Fred Again.. and the queen of badass beats, Beyoncé. Her positive vibes soundtrack seems to be working as her professional success also translated into a happy home life after she married fellow musician, DJ Tazer, aka, Tomi Adenle in 2021. Their gorgeous wedding was featured on Channel 4’s Highlife series. 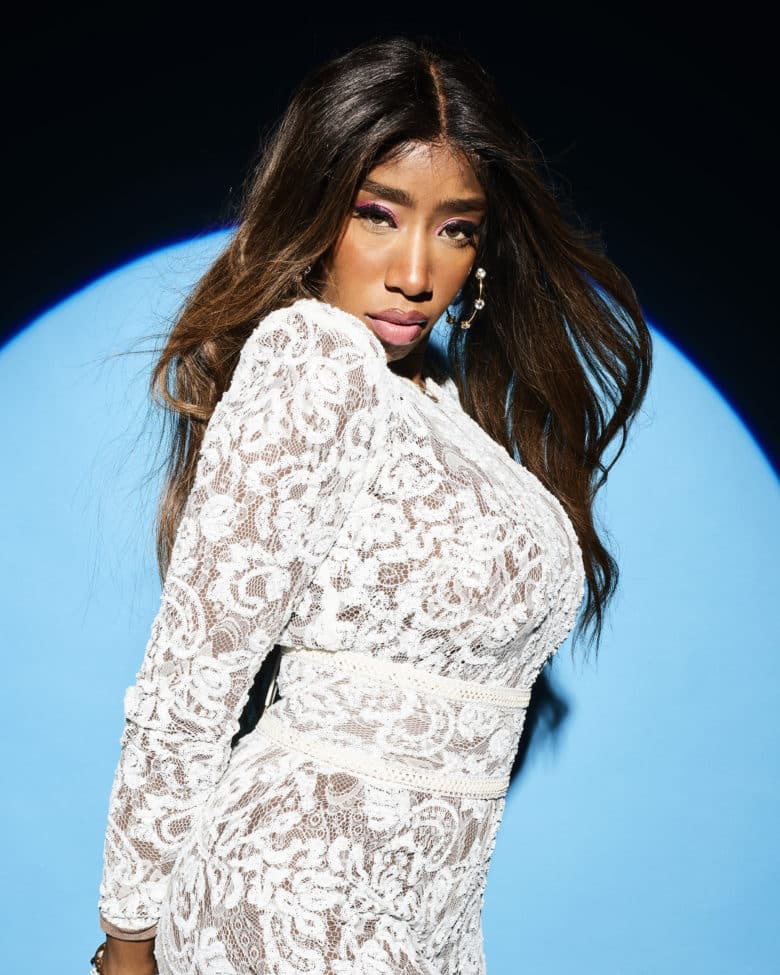 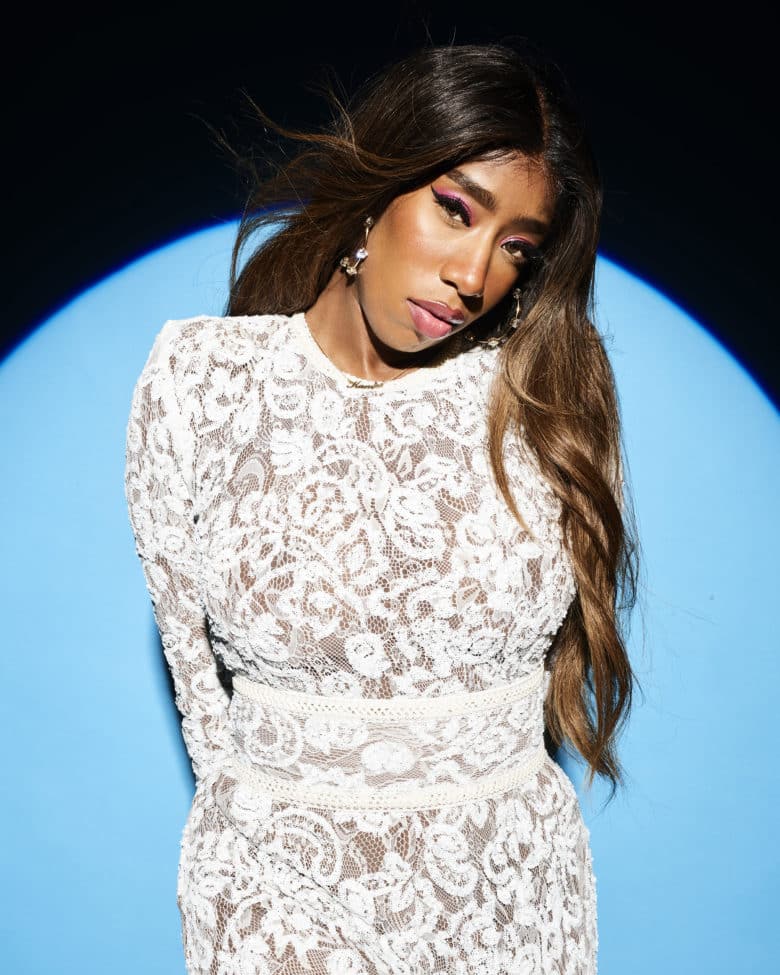 But although she is making a name for herself with her own tracks, she also has a passion for supporting aspiring talent as a record label holder. Kamille set up her label Pure Cut in 2019 after working on the X Factor as a vocal coach. “When I was working there, I saw these queues of people wanting to be given a chance to share their talent and that resonated with me. I knew then that I want to try and help people fulfil their dreams. It also felt like a natural progression for me.” From her time on the hit talent show, she picked up some nuggets of wisdom to benefit aspiring musicians, as well as herself. “One of the best things you can do as an artist is to be nice. One day you’re famous and one day you’re not. Especially nowadays when people can get cancelled so quickly, not being a good person can wreck your career. So, try to always be a good person and spread positivity.”

The artist’s future projects are still under wraps, but she promises lots of amazing music to get excited about, and excitingly, she will be headlining her first show in October. Kamille’s future is bright and she’s already on the way to building her own dynasty. “I want to leave a legacy and I’m always on the hunt for new talent!”