Bronski and Amber Rimell of the creative studio TAWBOX have worked on a number of critically acclaimed live shows, from Stormzy’s Glastonbury performance to Dave’s most recent 02 tour, where even a rip in the arena’s massive dome didn’t hinder a spectacular display of the rapper’s talent. Sure there were all the big cameos (Stormzy, Fredo and Giggs, to name just three), but the accompanying visual show, which TAWBOX facilitated, was perhaps the best I’ve seen in the 02 what with complex pyrotechnics, a confetti canon, and backdrops of contorting elements that perfectly complemented Dave’s narrative journey.

“We were well aware of Dave before we started working with him. We loved seeing an incredible young talent who was so truthful with his words in such a refreshing way, it’s different to so many other UK rappers,” says Bronski and Amber of their work with the 23-year-old. “It was incredible to work with what he’s trying to say and amplify his performances.”

HUNGER sits down with the BAFTA-nominated creative directors to speak about how they managed to pull out the stops for Dave’s sold-out tour, and the logistics behind creating arena and festival tours. 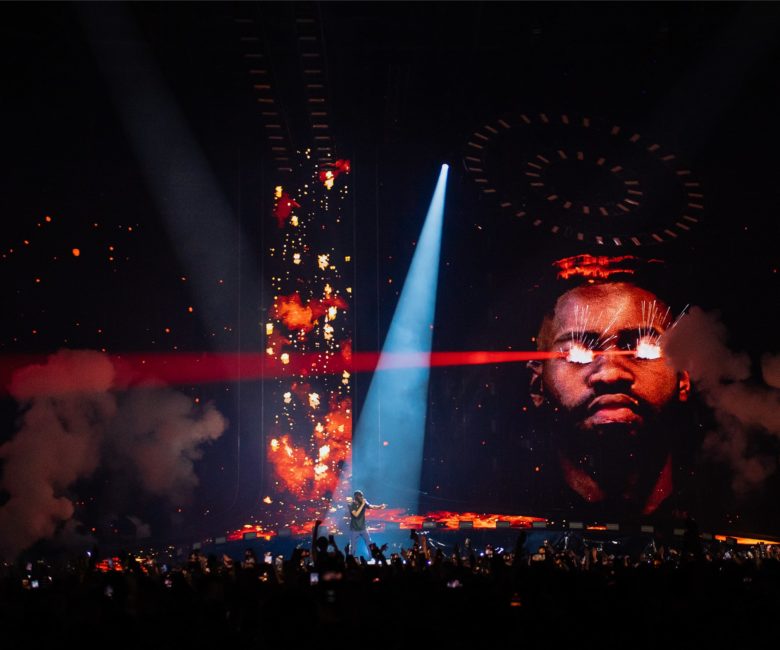 The huge backdrops were amazing to witness, with the waves, the fire, the sparks… what were Dave and you guys trying to convey with that?

Bronski and Amber: Dave is very visual for sure, he associates colour with emotions. It’s about the juxtaposition of the Psychodramas, you’ve got blue fire, rather than something red and angry, which is a flip on things. The big statement of the set design was actually based on three rivers. There’s one album track called ‘Three Rivers’ that isn’t performed in the show, but we were really inspired by it and figured that it could be a big part of the set design. So there were three rivers of video meeting together, and Dave was encased within that. We split the show into different parts too. There was the element of water being a big thing at the beginning, then energy and electricity being followed by fire, and then we got wind in there too. Dave’s writing and lyrics have something to express in his unique way, so to just have the elements wasn’t enough, hence why we left some breathing room for Dave to dominate and for the audience to make their own interpretations.

A lot of people don’t seem to realise how much the visuals and set design impacts the vibe and energy of the show surprisingly.

Bronksi and Amber: Absolutely, the first thing you saw during the show was a visual, the idea came from Dave wanting to start the performance by exploring his inner child, thereby prompting the audience to access their inner child to truly enjoy themselves. Then we talked to Dave about the key visual elements that represent him, so the Streatham signs, the guitar, the jellyfish, a London tube. There’s also the aspect of immigration in regards to his mum, so we had the boat, the passport, the journey to South London. It felt very earthy in terms of it being his own story but also epic as it was on such a big scale.  It was amazing to see the audience’s reaction and how they understood it from the perspective of being a Dave fan. 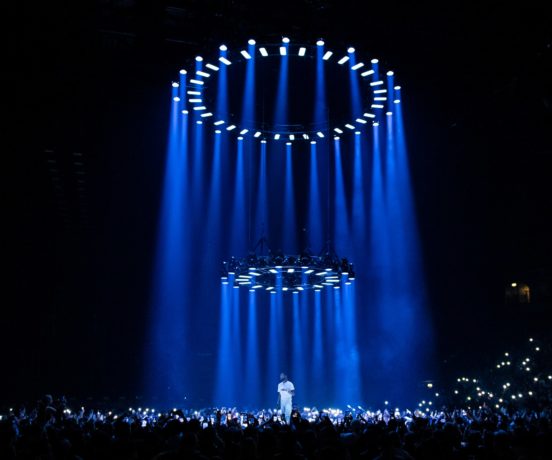 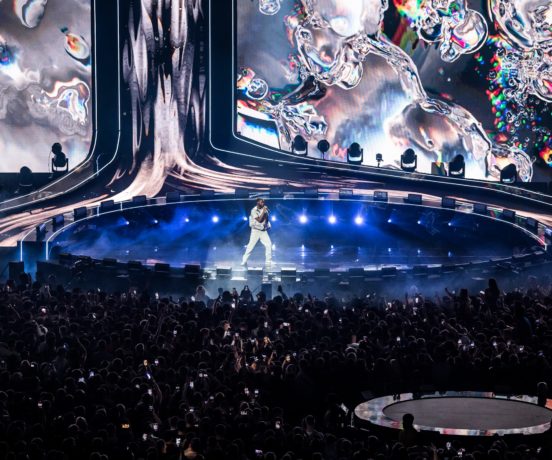 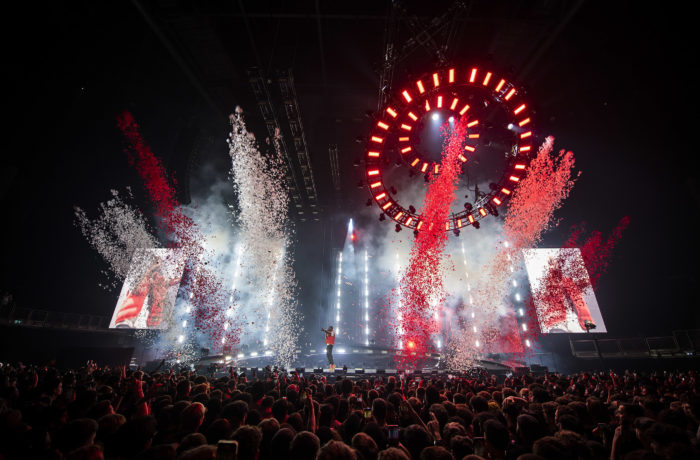 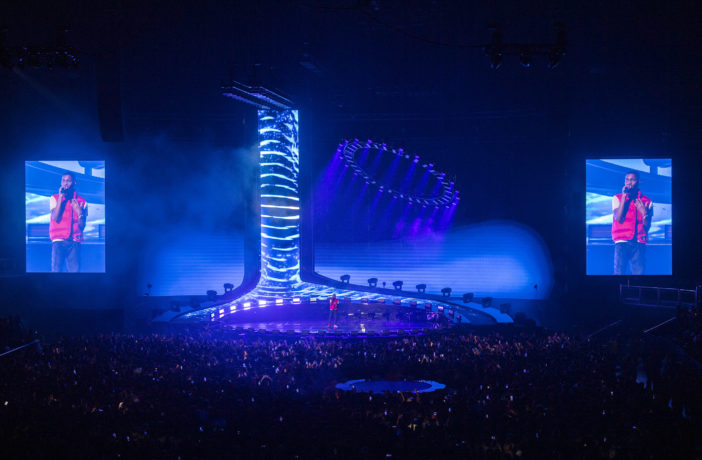 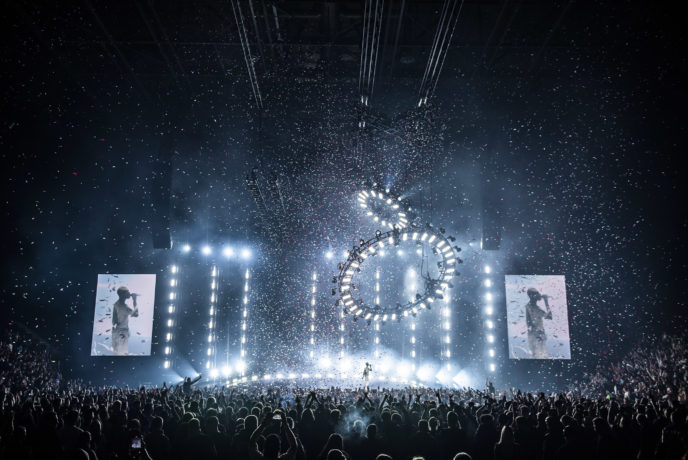 Aside from Dave, who is totally brilliant, what do you look for in an artist that you’re considering working with?

Bronski and Amber: I mean, it’s very case by case. First and foremost, it’s music first. We have to believe and love the music. That’s really important. We need that music to be in our blood. Then obviously who they are and what they’ve got to say; where are they performance-wise? Is it something that we can work with? We were personally drawn to Dave’s storytelling, he’s so vulnerable and young, he’s constantly trying to push himself as an artist, and we like to think that we push ourselves as creatives. So working with someone that’s like-minded in pushing boundaries all the time is really appealing to us.

You guys know better than anyone what goes into a big live tour. What is something that people don’t realise about the logistics of actually putting on one?

Bronski and Amber: If you look at it logistically, it’s the number of people and how many hours you work. Quite often on an arena tour, the last truck doesn’t leave until two, maybe three in the morning on day one, and then three hours later, at six, the truck doors open again at the next venue. There’s an army of people needed to make that work, and it can be hard for someone to imagine it being such a military operation. Then creatively, there’s a lot of research and homework, and that’s even before you start the rehearsals. Those last couple of weeks before a tour are very, very intense. It’s a lot of planning in advance, and an audience might not know that we’ve been working on it for months behind-the-scenes. I’ll put it this way: there are only so many arena tours someone could work on in a year. 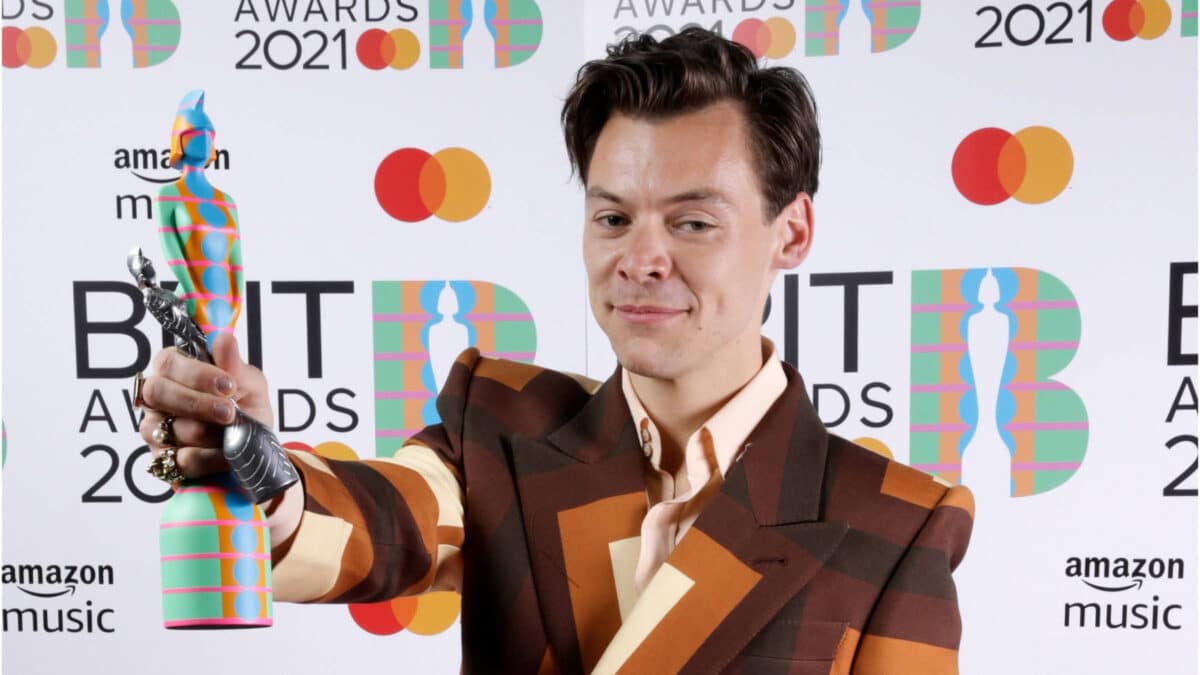