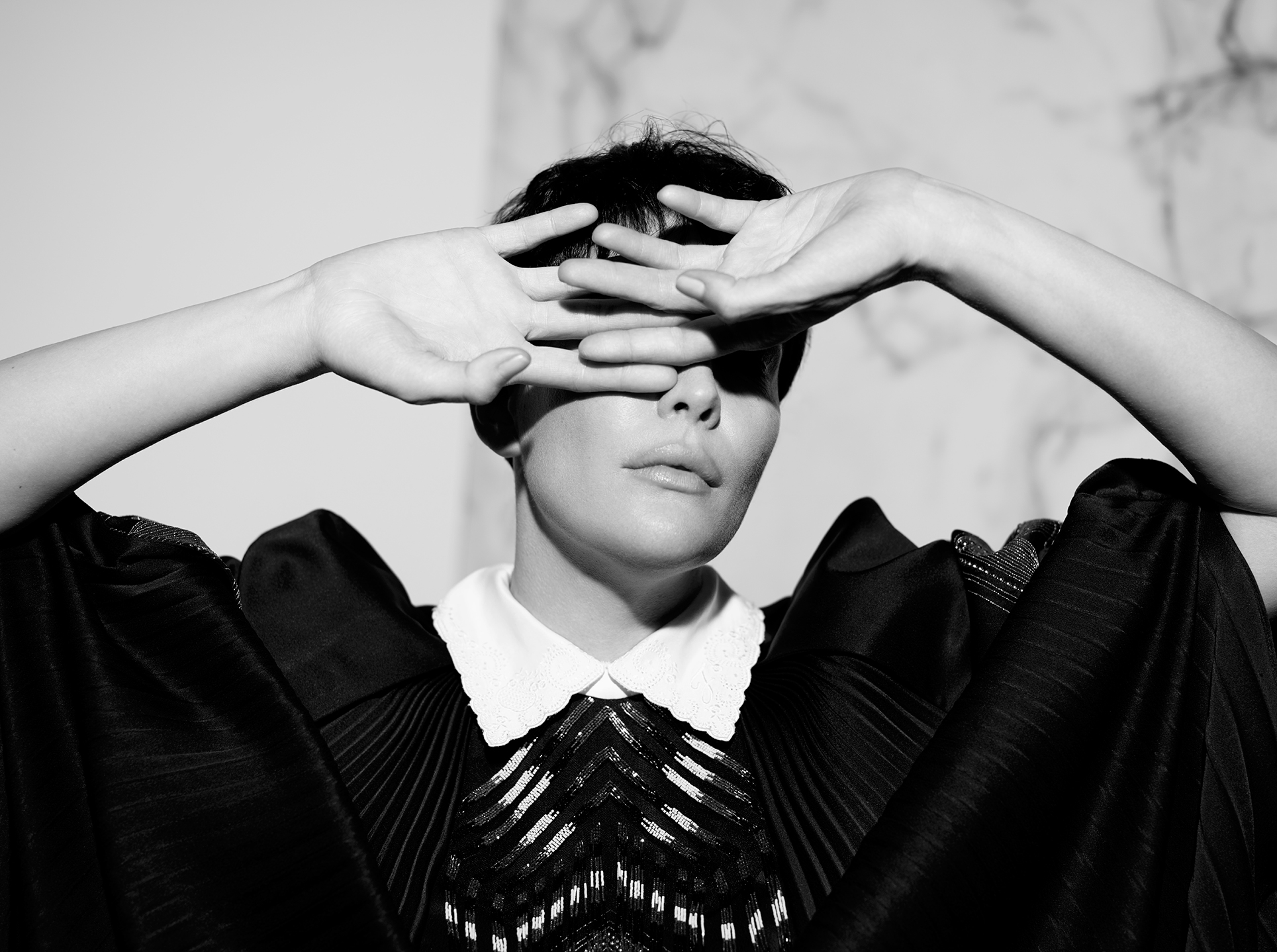 Though with Tyler, there is always a danger you’ll rehash hackneyed ground. Her entire life is industry mythology; she’s been on the inside since she was born on 1 July 1977, the only daughter of Playboy model Bebe Buell – the inspiration for Kate Hudson’s hypnotic groupie in Almost Famous – and Aerosmith’s lithe, livewire frontman Steve Tyler. Except, (in)famously, she spent the first eight years of her life believing her father was really Buell’s then-boyfriend, the musician Todd Rundgren – he even signed her birth certificate – and only worked out the truth after clocking a little girl standing off-stage at an Aerosmith gig who looked just like her. This was Mia Tyler, her half sister; Buell confirmed Liv’s suspicions as the girls’ biological father performed. The myth runs that an eight-year old Tyler, barely missing a beat, remarked: “Christmas is going to be really fun this year.” 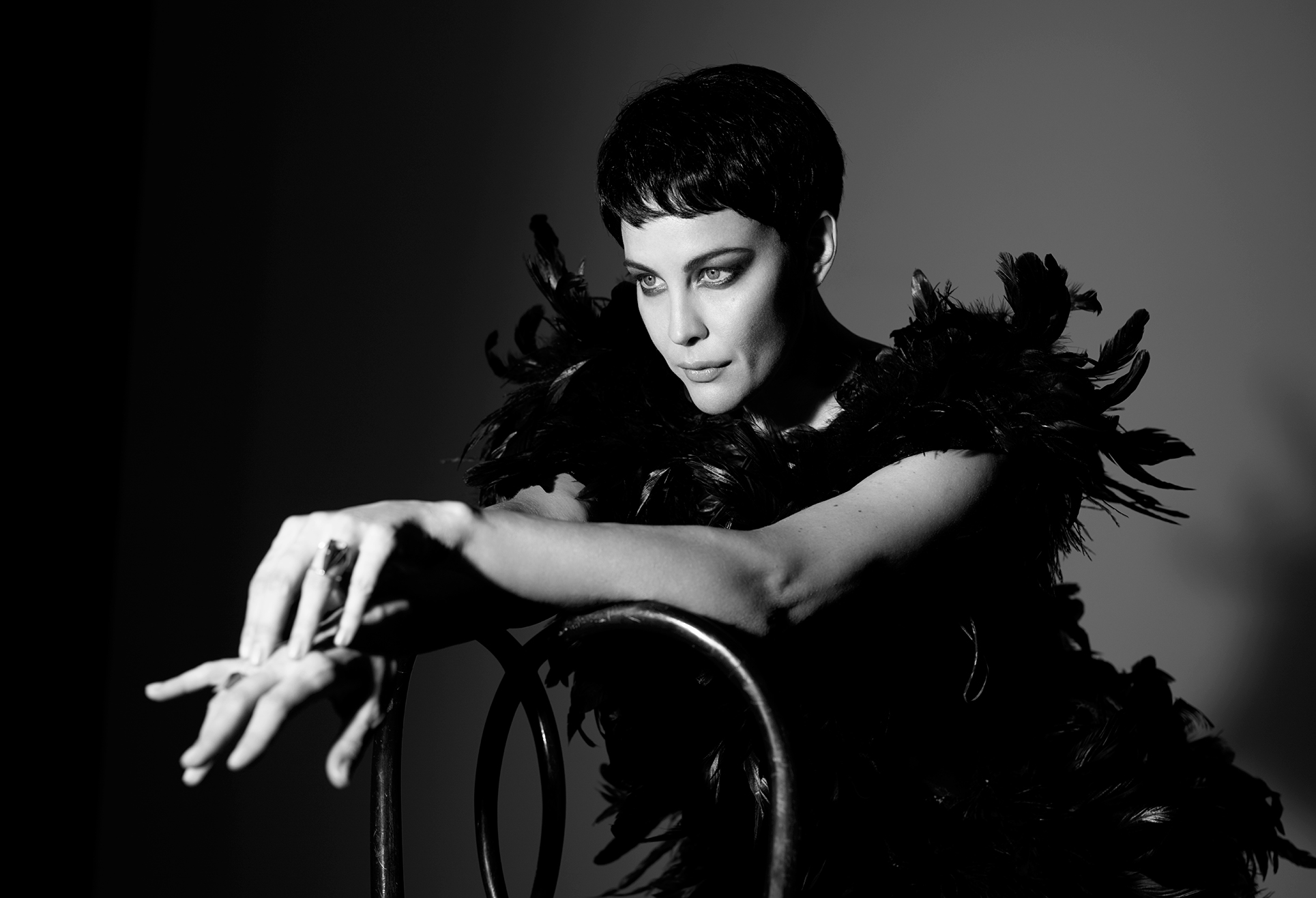 "I was never very interested in the social part of the industry. I think being second generation it loses its appeal – if anything you’re very sceptical about it."

Even in an industry of unconventional stories and gilded lineage, Tyler’s myth has been insistently fascinating. As second generation, the progeny of a rock star and a model, she always seemed destined to be in the public eye – as another profile once put it, she is “an actress whose career has chased her a lot harder than she has ever chased it.” Though she sees it differently. “I don’t think I ever would have done this job if my mother hadn’t encouraged me. I was super shy. I was just in high school, and people started asking me to go on auditions. She really encouraged me. She didn’t make me, but she did in that way that only a mother can, [she’d] be like, ‘you’re doing this’.”

Certainly, unlike many famous progeny, Tyler has never been very interested in the fame game. She never spent longer than two years in LA, she doesn’t enjoy the celebrity circuit, the fripperies, the schmoozing. “The acting part of it I love, the history, the filmmakers. The flashier parts of it, never. I don’t want to go to Hollywood Boulevard. I was never very interested in the social part of the industry. I think being second generation it loses its appeal – if anything you’re very sceptical about it.” She hates talk shows, the promotion circuit. “I have the same reaction now that I had when I was 17, 18 – even though I’ve been doing it for longer in my lifetime than I haven’t been doing it, and it should be second nature. I get stage fright, which is weird because I don’t usually. I can’t control it: I try and breathe my way through it, but I get red from my heart up. It’s like a weed grows and goes all the way up my ears and my neck, and all over my chest. It’s a physical reaction. My breath is short and I have to pee a million times.” 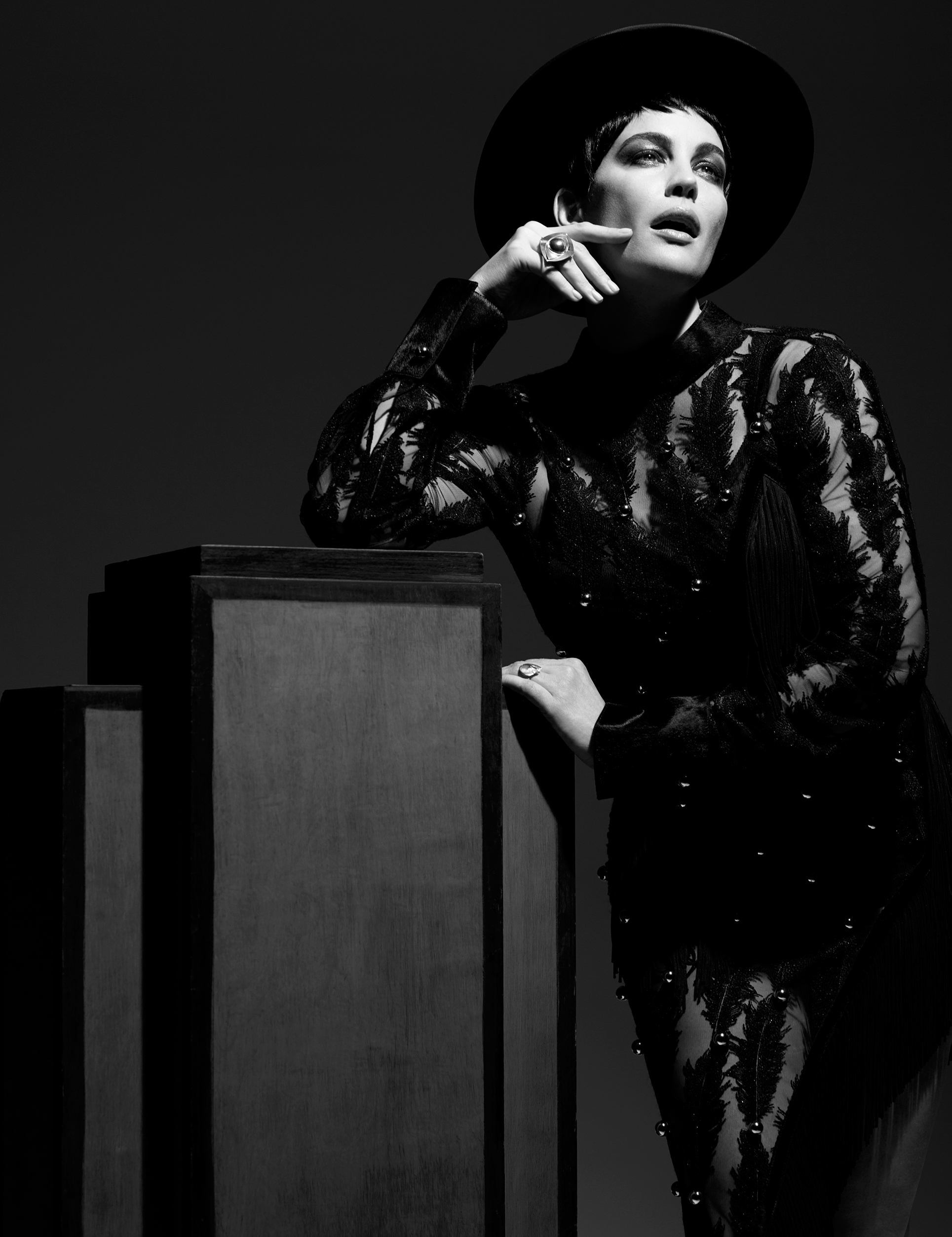 "We take that for granted, being free, young, independent women in this Western world, who can make anything we want happen if we put our minds to it. There’s a lot of women who don’t have the opportunity."

It doesn’t help that this promotion circuit is expected, that the industry she has known her whole life has now changed irrevocably. The biggest change is the way its mystique has been cheapened by social media. “[Back then] you would hide out more, create your own fun. You weren’t advertising yourself all the time in the way that people do now. It’s such a pressure now, it’s just part of everything.” She won’t use Twitter (“I just don’t think in words like that”) though concedes a refusal to play the fame game can backfire. “It’s not always the best for making decisions professionally. Sometimes, if you don’t play the game you miss out. But at the end of the day, I feel better going to sleep at night knowing that I’m making the choices about the things that I want to do. I’ve tried to always follow my heart.”

And those instincts have served her well: Tyler’s is a stellar CV for someone accused of ambivalence about the industry. At 14, she started modelling, where her career milestones included a shoot for the now-defunct, then-zeitgeist magazine, Interview. She “kind of hated modelling because I didn’t like being told what to do – I didn’t realise the amazing people I was working with until later.” Then, there was a few years of commercials, auditions and indie films, before her film breakthrough in Bernardo Bertolucci’s Stealing Beauty, in which Tyler played the romantic naif Lucy Harmon, who travels to Tuscany to try and lose her virginity. She celebrated her 18th birthday on set. At 21 came her blockbuster initiation in Armageddon – her father, famously, sang the anthemic theme tune – followed by a few offbeat rom-coms, before being cast as the elf Arwen in the Lord of the Rings franchise, a turn for which the term “ethereal” might have been created.

In the meantime, she had her first child, Milo, in 2004, with then husband, Spacehog musician Royston Langdon. “I didn’t work for a year. It was around the Lord of the Rings time and I felt like I needed to cocoon myself and my family.” Exceptions were made for a role as Dr Betty Ross in The Incredible Hulk – another blockbuster, grossing $262 million worldwide – and in 2014, her first foray into television, in the eerie Tom Perrotta drama, The Leftovers. 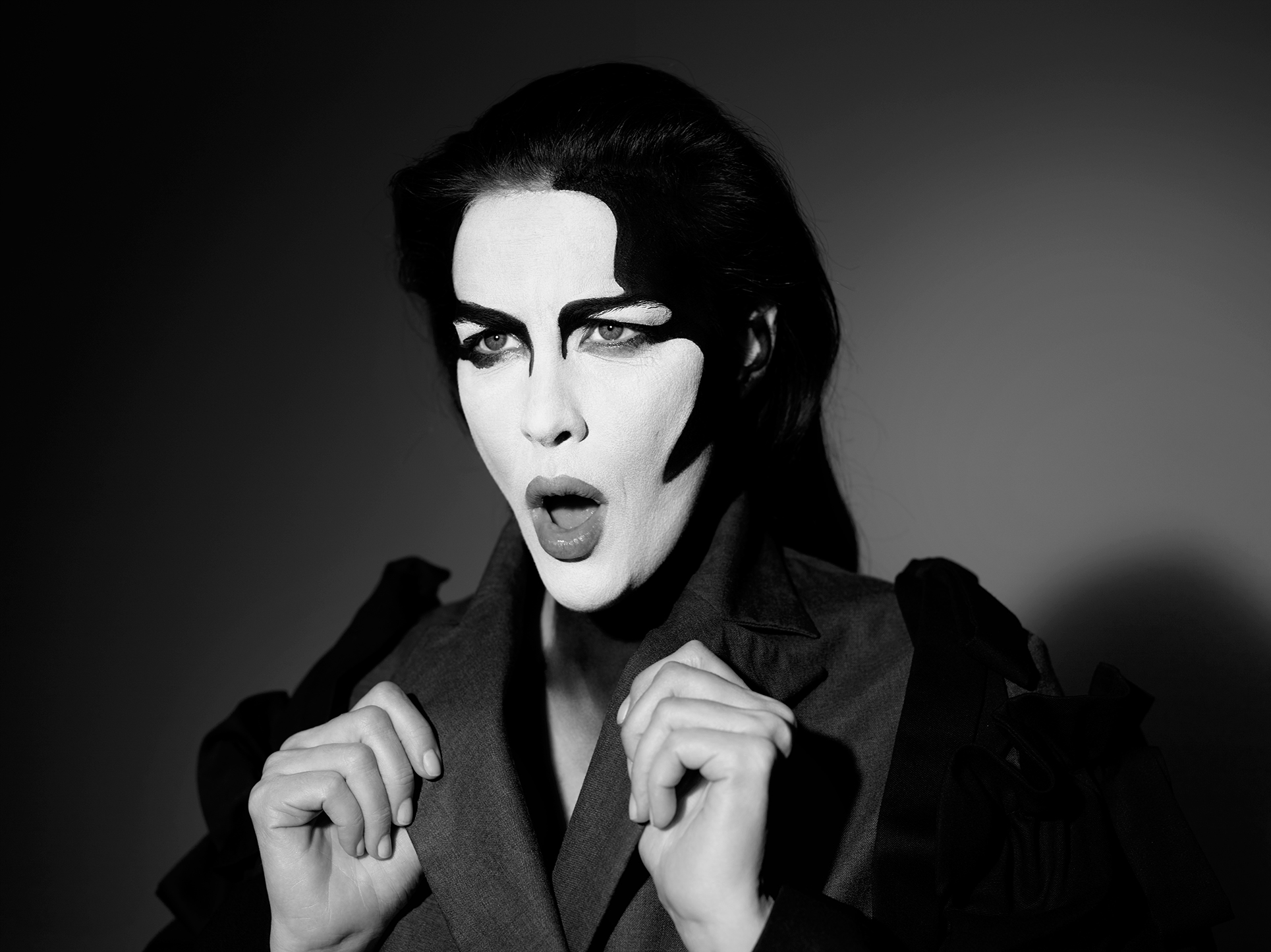 And then she met football agent, David Gardner – the pair were reportedly introduced by mutual friend Kate Moss – and had Sailor and Lula, in (very) quick succession, moved to England, first Primrose Hill, now Notting Hill, where they live in a six storey townhouse, and mingle with London’s bohemian creme-de-la-creme, some of whom have upbringings similar to Tyler’s (Stella McCartney is a close friend).

After packing so much life into three years, then, Tyler would be expected to take a more extended maternity leave this time. Except she felt like doing the opposite. “This time I felt a very clear drive to continue working. Having the babies so close together, acting is almost like my vacation. It’s not the easiest part of my life – but it kind of is, in comparison to being a mother. It’s like a joyous holiday from real life.”

Currently, she stars in Harlots, a drama about prostitution set in a seedy eighteenth-century Soho, a gangland of madames and murders and extortion and misogyny, in which people are casually referred to as “infernal whores”. Tyler joined the second season, which started airing in the US in June, as Lady Isabella Fitzwilliam, a courtier who is controlled by her brother, and must trick and manipulate him in order to win her freedom. “She is such an interesting person,” Tyler says, smiling. The programme, which was written by Alison Newman and Moira Buffini, with a largely female team is an education in female sexuality and independence, ribald and knowing, but, despite its subject matter, not titillating or gratuitous. “But what you realise about the harlots – as much as you think, ‘oh god, poor them’ – is at that time, those were the women that were free,” Tyler continues. “That was maybe their last resort, but they were living in their own homes, taking their own money, doing with it what they wanted. If you were to marry, your husband would get your money.” She was seduced by this world, “how much it mirrored so many issues going on now and how far we’ve come.” Plus, she got to work alongside Samantha Morton – “Sam”, she smiles again. 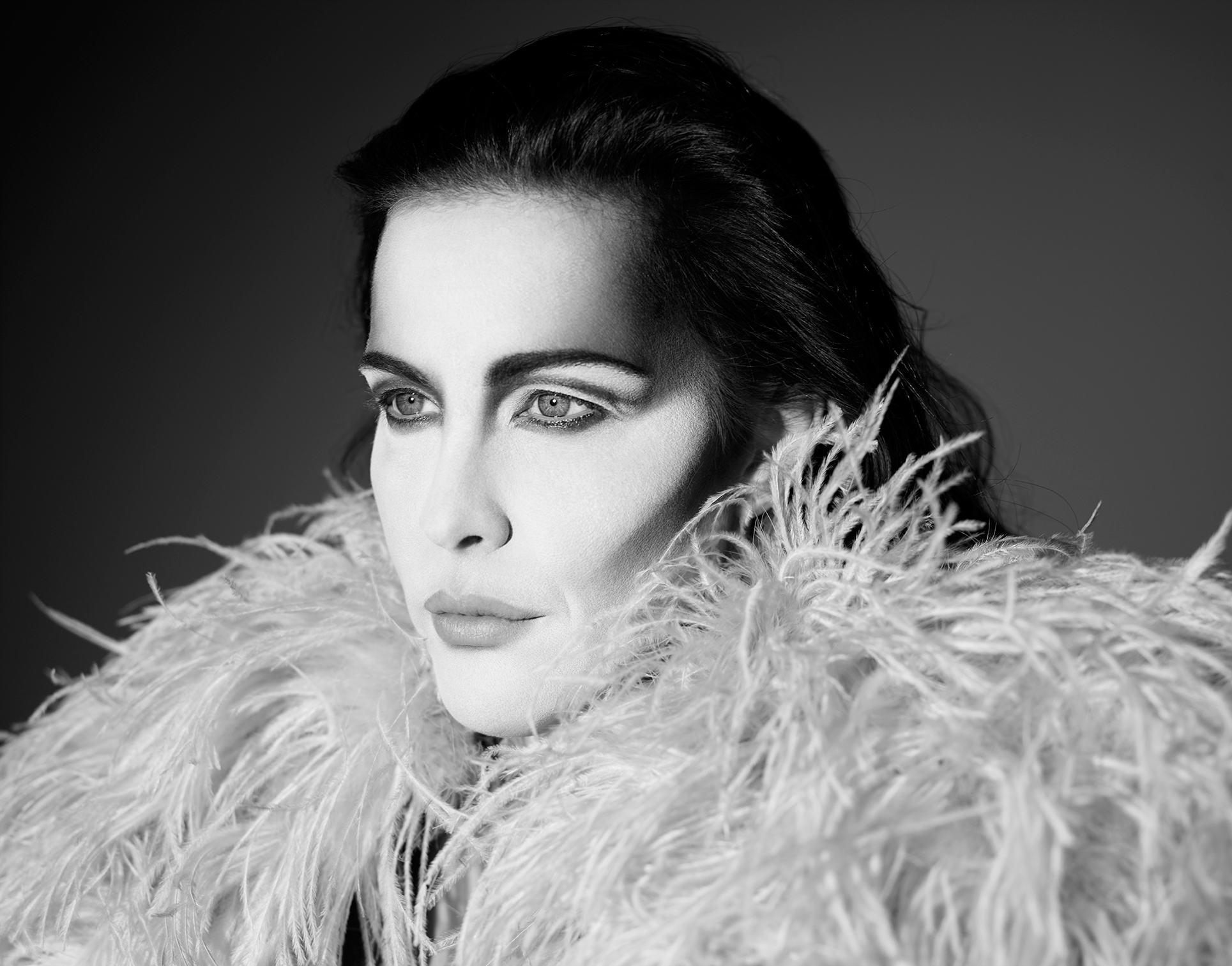 Female agency is, of course, the theme of this last year in Hollywood: #MeToo and #TimesUp have forced radical introspection on the power imbalances of the entertainment industry and beyond – the difference between the fantasies it projects and the realities for those involved. Initially, Tyler is a little guarded on the topic, clearly a little weary of the “woman” question, loathe to become a soundbite. “I feel like it’s always an interesting time to be a woman,” she says, firmly, carefully. “But I think it’s amazing that there’s so much opportunity and so much focus on making things right and more equal. I think it’s also important to look at how far we’ve come. We take that for granted, being free, young, independent women in this Western world, who can make anything we want happen if we put our minds to it. There’s a lot of women who don’t have the opportunity. Everyone talks about the entertainment industry and I’m like, ‘I’m so glad – but there’s so many other industries in the world where things are not fair at all’. It’s a bigger conversation.” 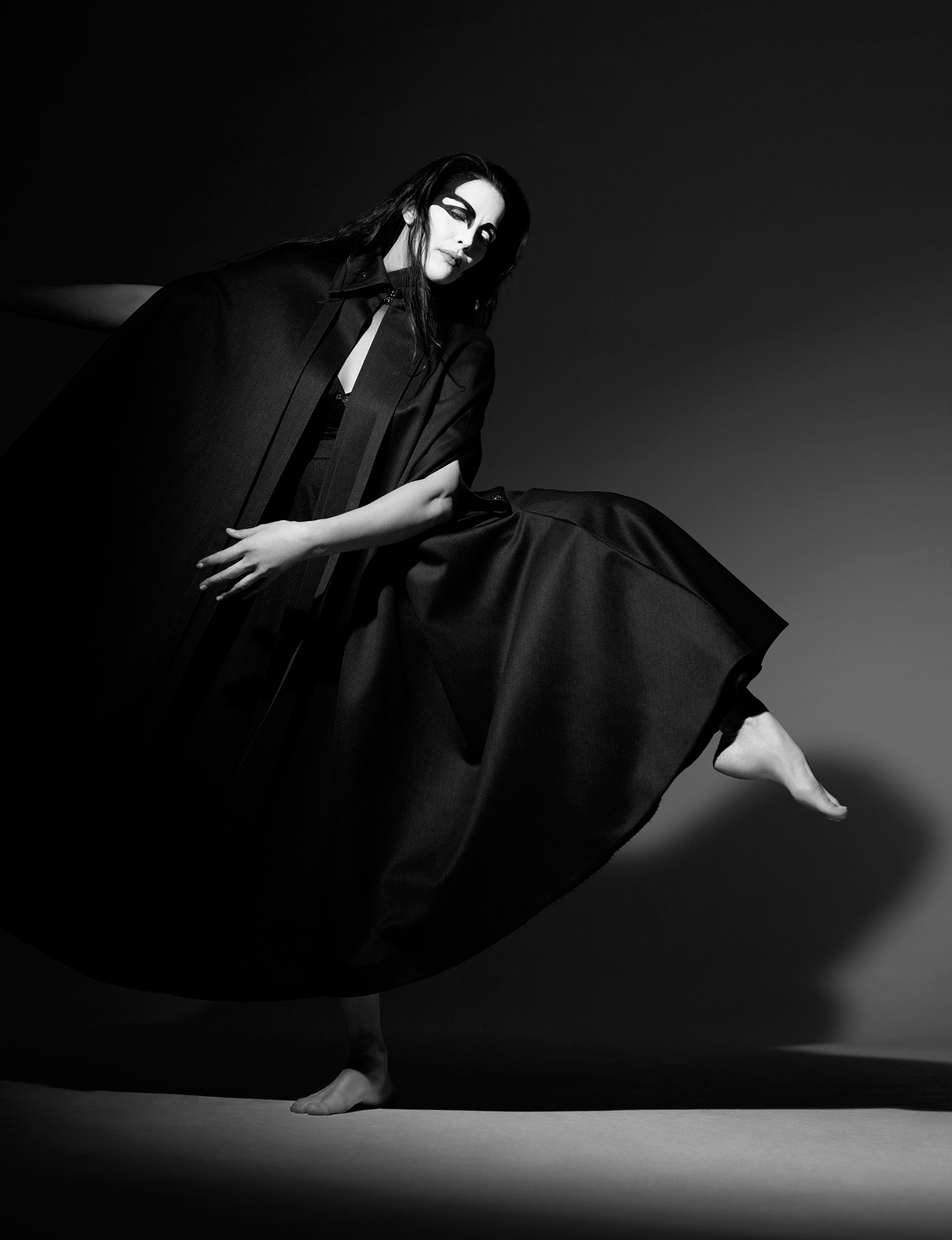 Being second generation was a privilege in other ways: she was always very realistic about the industry’s flaws and imbalances. “I was blessed. My mother protected me so fiercely but she also taught me to protect myself at a very very young age. I was always taught to be aware, to listen to my instincts, not put myself in situations that were uncomfortable or how to get out of them quickly if I was. I’m really grateful to her. I personally didn’t have horrible things happen to me. Nothing. But I was probably always looking out for it.” That soft femininity belies steeliness. “Things can feel weird sometimes, in any part of this industry; people ask you to do things all the time. But I was always very vocal about my taste – what I did and didn’t want to do, while still respecting the creatives involved.” It is a careful dance.

Tyler knows she is charmed, playing make-believe. “It’s such a privilege to dip into all these different people and eras, embody those people, then come home and be a mother of four.” Though the idea that acting is “glamorous” rankles. “I was talking to someone the other day and she said to me, ‘Why do you have to read scripts? I don’t understand.’ And I was like, ‘what do you mean? You have to read a lot of stuff, read the story and then your lines…’ And she was like, ‘you have to memorise all that? I thought you wore something in your ear and they told you what to say’. No! On Harlots, you would work fifteen-hour days sometimes. Three hours of hair and make-up, and then you’re on set, and then the drive home. And then you’re memorising lines when you get home. That’s a normal day for an artist. The longest day I ever worked was 18 hours, on a movie. But you know it’s for a certain period of time – you just get stuck in. I get kind of obsessed.” 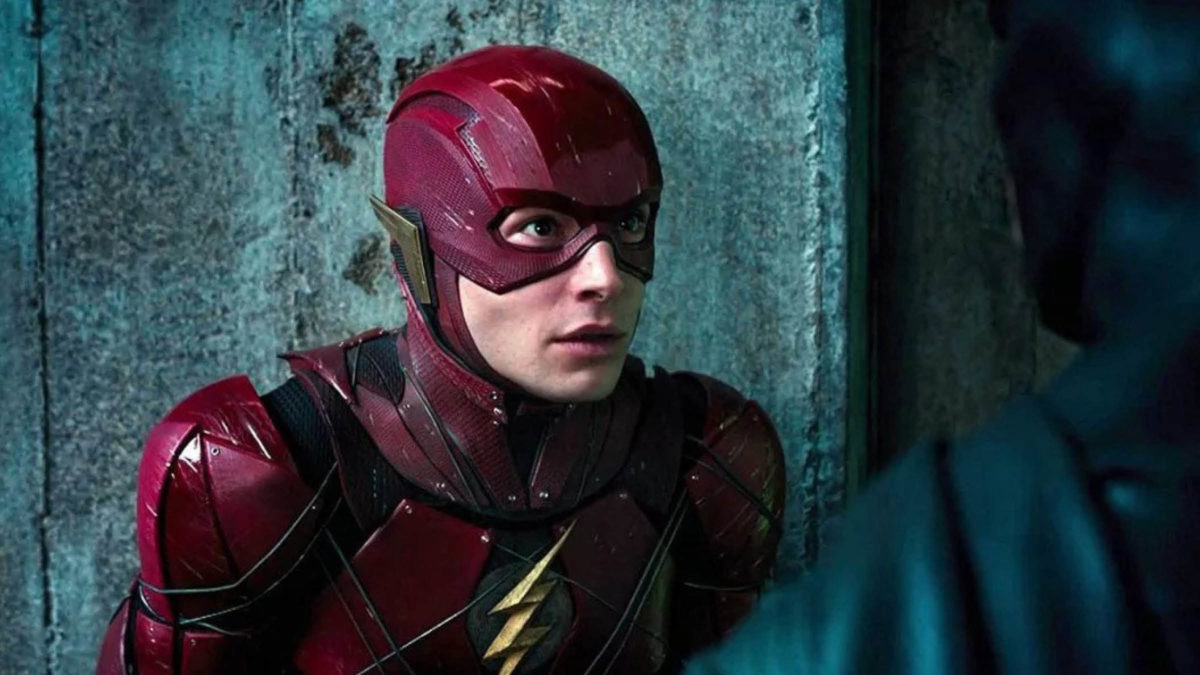 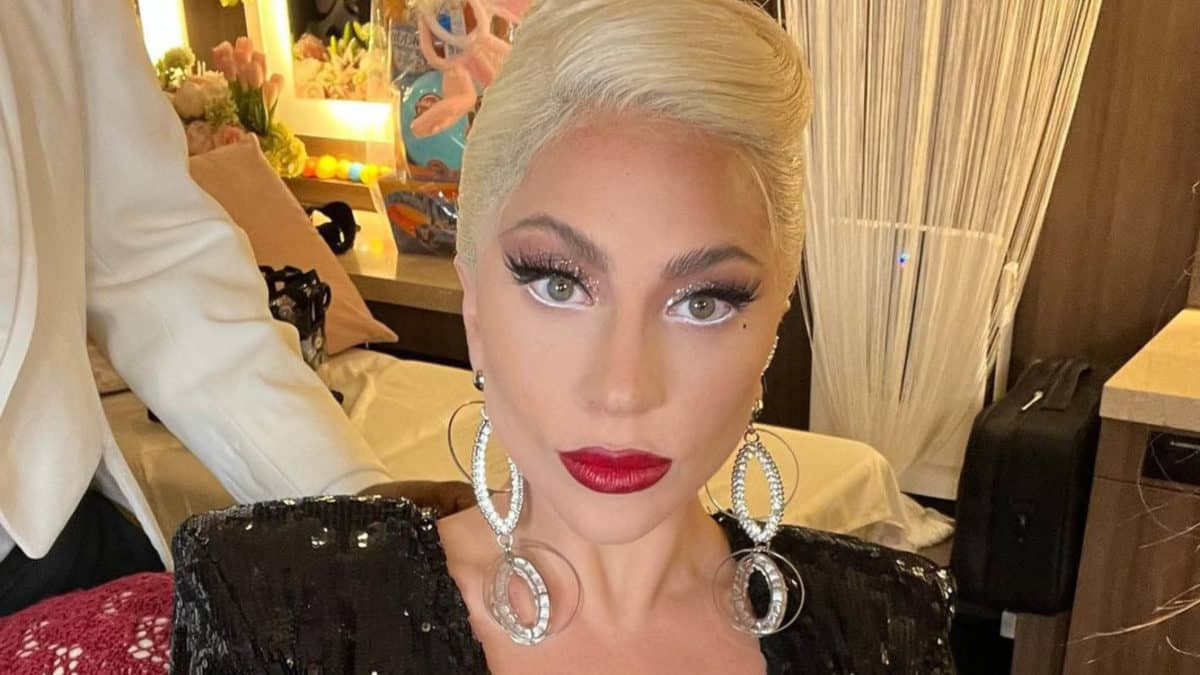 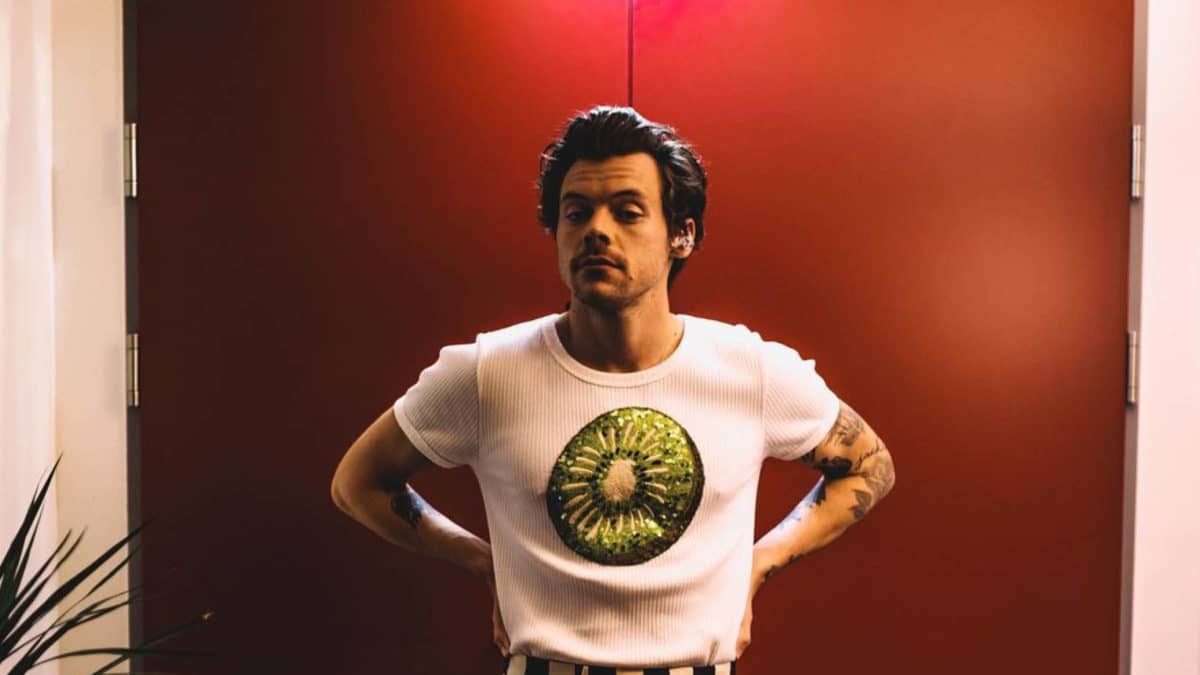 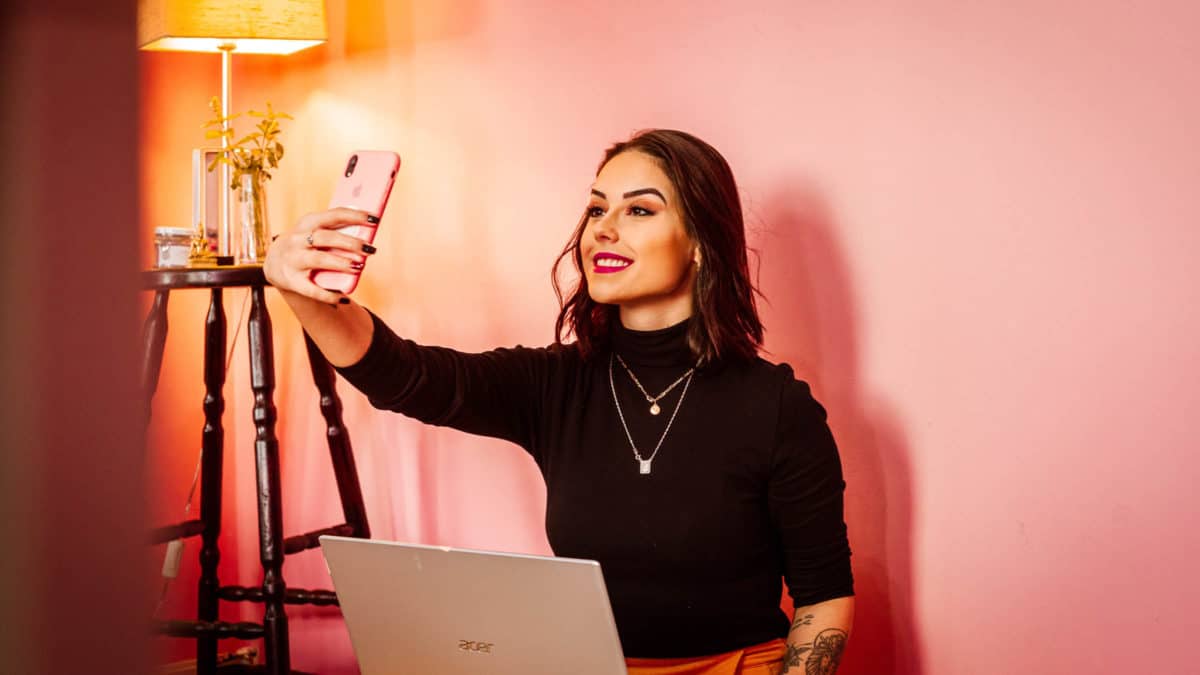 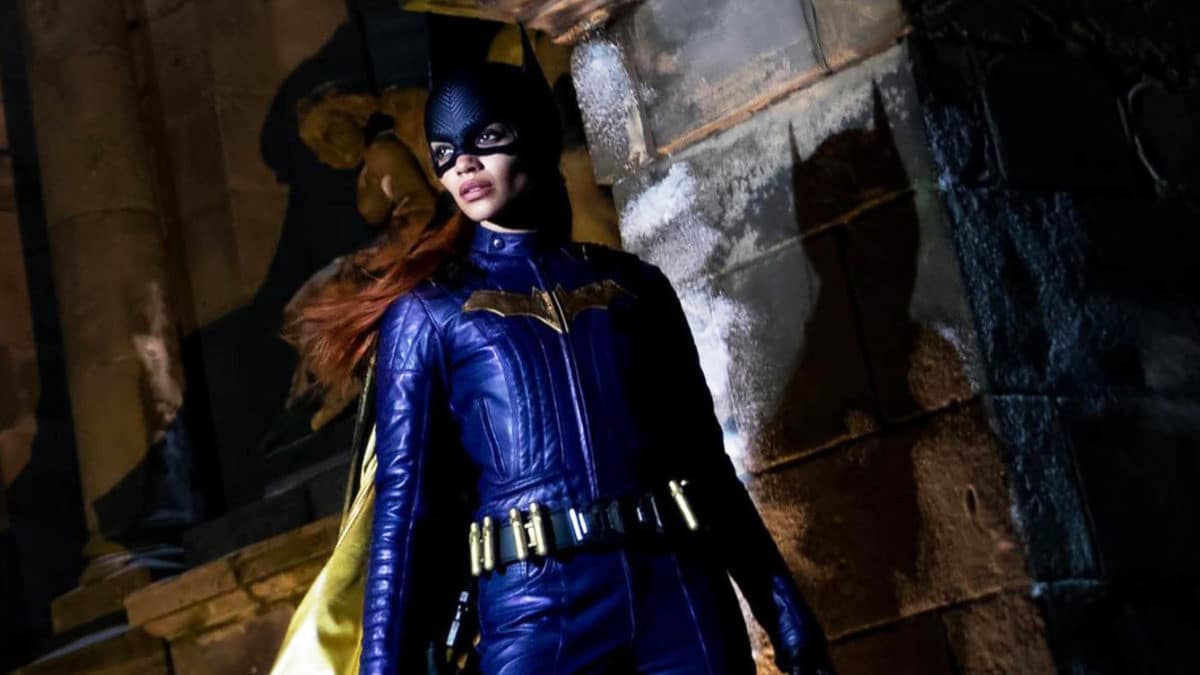