Maggie Rogers doesn’t do things by halves. The title of her second album, Surrender, doubles as the name of her 2022 Harvard Divinity School thesis. So, yes, while working on the highly-anticipated follow-up to her 2019 debut, Heard it in a Past Life, the 28-year-old was also enrolled in a master’s programme, where she was analysing the presence of religion in public life.

After breaking into the mainstream in 2016, with the single ‘Alaska’ — which was backed by none other than Pharell Williams — Rogers became known for her rapturous sets; where the barriers between performer and audience broke down and shifted into something shared, and something almost akin to a religious experience. Fans started asking the musician for “moral and spiritual” guidance, as she became preoccupied with existential questions around the nature of live performance, and how the performer can almost become a conduit to a transcendental experience. Surrender, her brilliant new record, was bourne out of these questions, the pandemic, and also a time of chaos and reckoning within the United States. Here, Rogers discusses its conception, writer’s block, and mood-boarding with her synesthesia. 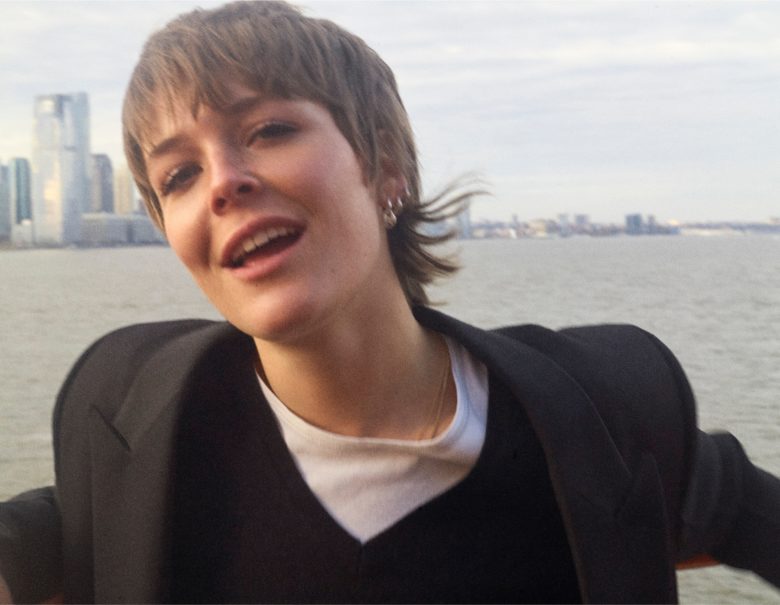 On having a daily creative practice

Surrender was basically made during the pandemic. I spent the first four months of it just not doing anything. I think the biggest key to writing sometimes can just be rest, not trying to force it and not saying something when you don’t have anything to say. And then, honestly, it was one of the first times in my life that I had a daily creative practice. I hadn’t had my own studio since I was in school, when I used the college studios at NYU, and then I was on tour. A big part of it all was having a routine. I wrote almost a hundred songs for this record, and a lot of them were written because I was bored and wanted to play with music, not because I was 100 per cent trying to make an album.

The idea of surrender

To me, “surrender” is a word that can sometimes feel like a negative thing, but it’s always been really positive for me. It’s about giving into this full breadth of feeling and emotion, as a kind of expression, or even in the form of rebellion of what it means to live life. During the pandemic, I was really numb, because there was almost so much emotion that I couldn’t touch. I’d have these big waves of love and anger, and the record is about those two emotions, which are similar in a lot of ways. I always think about an album as a record of a period of time, and for me, that’s been about being a person in the world with relationships and friendships.

When I was making the record, I was really inspired by Brit-pop, I was listening to Oasis, U2, the Cardigans, New Order, and also some early Madonna. I listened to that a little bit, but I didn’t read much, and mostly it was instrumental music. The world was just so intense, my brain didn’t have a lot of capacity in those days.

Synesthesia and mapping the new record

The first thing I do when I make any record is to make a mood board, and the one I made for this album was black, brown, purple, green and orange. A friend recently pointed out to me that those are the colours of a bruise, and I find that interesting. I love all of the songs in different ways. ‘Anywhere with You’ is one of the first songs I wrote for the record, but it was also one of the ones that we worked on in production for almost two years. I also love ‘Begging for Rain’. I wrote it alone during a time of mass social change and a lot of pain in the United States. It just feels like me in my most natural form of songwriting.

On studying at Harvard Divinity School

There are a couple of different reasons why I decided to go back to studying. The first is that during the pandemic, I remembered that I am a person and that I have goals and a life outside of music. The other thing is that I was looking at the world around me and the amount that everything was changing, and really thinking about what it means to have a platform or an audience… or to be someone who just has a microphone and gets to stand on stage. What do I think the boundaries of that are? I wanna be intentional in the way I build my career, and I want to shape it in a way that can be sustainable for the next 20, 30 years, instead of burning out really quickly. I want to spend some time really thinking about what I believe and what the role of an artist is. I also think there are a lot of really different ways to learn. I don’t know if school is for everyone, but I really needed structure because I’ve been a touring musician for so long. There’s a day sheet every day. It was nice for someone to tell me that I needed to be somewhere on Wednesday at 2 pm, 100 per cent.