Breaking into the public consciousness by appearing on 2018’s season of Love Island, Megan Barton-Hanson has catapulted herself from 15 minutes of fame to bonafide brand. With over a million Instagram followers, a successful podcast (cheekily titled “You Come First”) and an advice column with Vice, Barton-Hanson has subverted the reality-tv-star-to-influencer mould: showing that, yes, she can rake in the brand deals, but beyond making a living she also has a point of view and a purpose that she wants to share with the world.

The purpose in question is sexual empowerment for all, a goal which seems easy in theory but which becomes much stickier in practice — something which Barton-Hanson knows first-hand due to the slut-shaming she experienced in her teenage years and the stigma surrounding sex work which she has navigated working in a strip club and gaining income through Only Fans.  Throughout all her endeavours, Barton-Hanson is open about struggles such as this, winning over the public after the undue trolling and criticism which followed her from the villa, embracing an attitude which is empowered, candid and not afraid to have difficult conversations: whether that be about her experiences as one of the UK’s few openly bisexual female celebrities or our wider sex negative culture.

Below, we catch up with Barton-Hanson about the second series of her podcast, navigating bi-erasure in society and why moves to “end demand” for sex work do more harm than good. 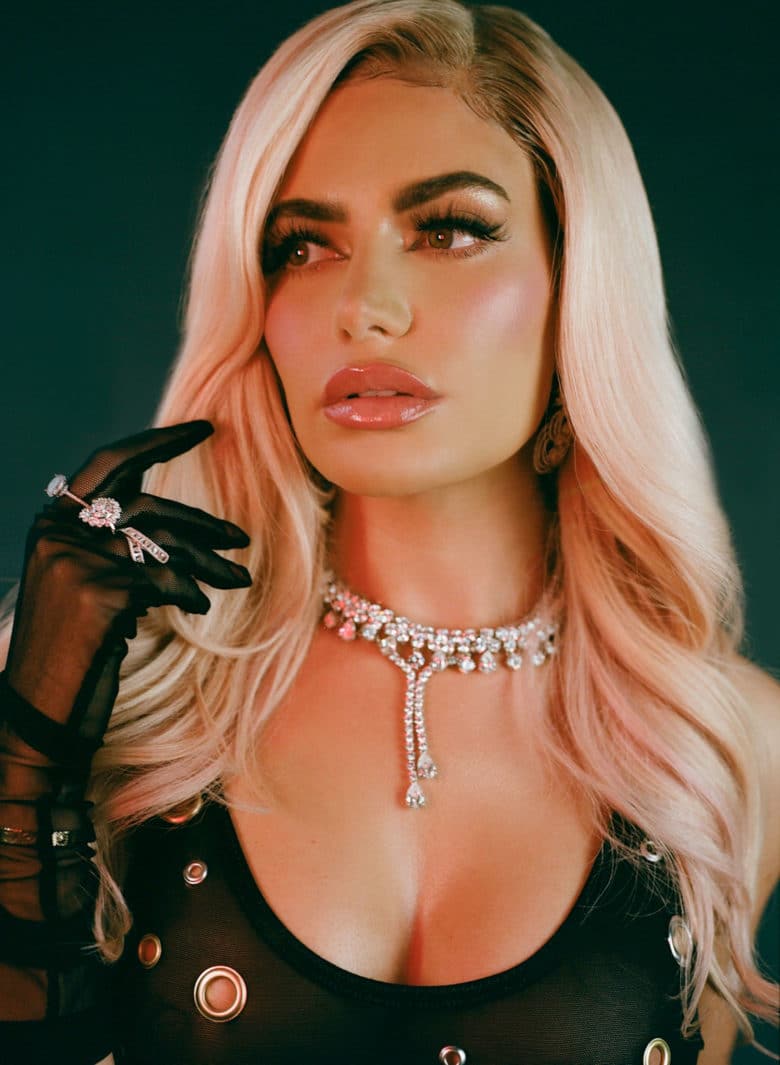 You’ve made a name in the public eye for being open about sexual pleasure, sexuality and sex work. What was it that initially led you to join in on that conversation and share your experiences?

I was slut-shamed at school, I think I was in Year Nine, so quite young, and I just couldn’t understand why sex was such a horrific thing for a woman to do. For guys, especially in teenage culture, it’s expected to speak about sex and love it but, for girls, you can’t be sexual even though it’s like the most natural thing you can do. If it’s done safely and consensually there are no negatives to sex at all, so it baffles me. I had a hard time at school with being slut-shamed and then I went into the sex industry and worked in a strip club, just seeing all these powerful women really embracing their sexuality. [Working in the strip club] just really led to women being so confident and free and I was in awe of all these women I worked with, so I think that really helped.

At least from my perspective, what makes your public persona resonate with so many people is the fact that it seems like there’s no fakery or inauthenticity. What’s your advice for being unapologetically yourself?

I’ve always had a hard time with slut-shaming when I was at school and, after Love Island, I just realised that there’s no pleasing everyone — it’s literally impossible. I think just being yourself and staying authentic is the only way you can truly be happy. And people can spot if you’re being fake or an imposter. So just be yourself and if people don’t like it, they’re not your people — get them out your life.

On that note, you’ve also been open about your experiences with plastic surgery: why is that something that you wanted to be so candid about?

I just think the whole hush, hush approach is so damaging. If people are like, oh this celebrity has glown up, and they say it’s all natural then that just creates unrealistic expectations. When I was younger, I used to see different celebrity magazines like Heat and I’d always be like, why are people denying this? It’s not good for young women’s mental health to try to aspire to be like the people they see in the media, especially when they’re denying that they’ve had thousands of pounds worth of work done and all kinds of procedures. 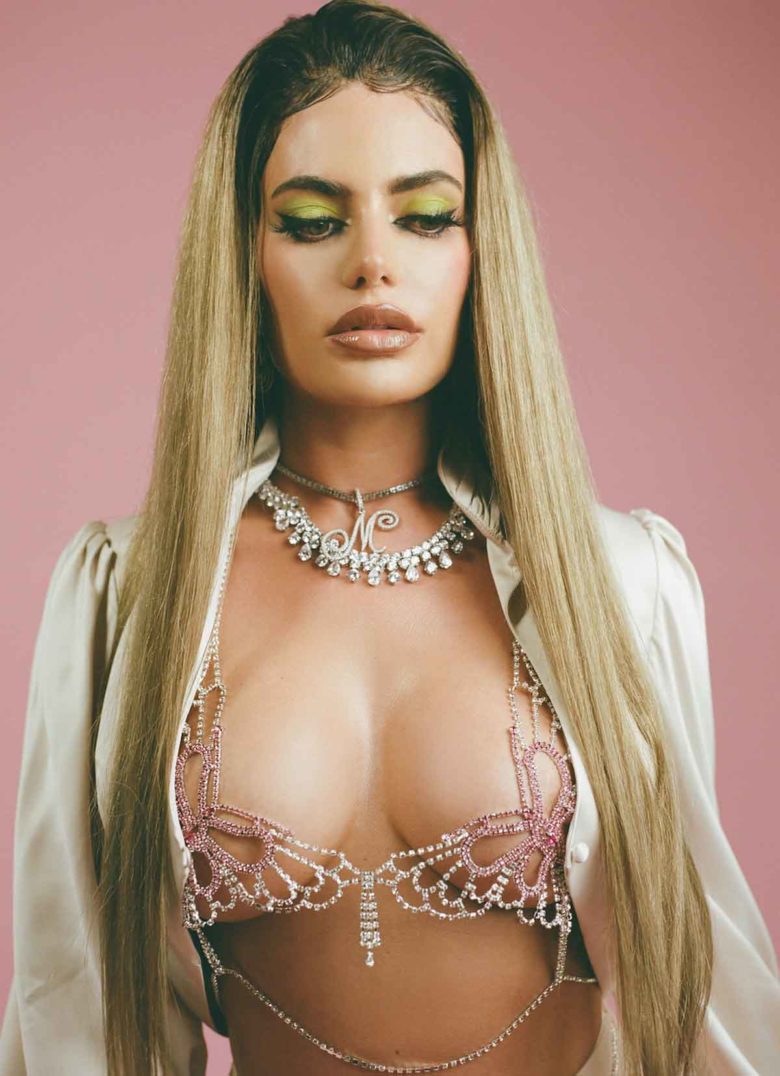 Megan wears look by ONARIN and jewellery by ICE ROCKS. 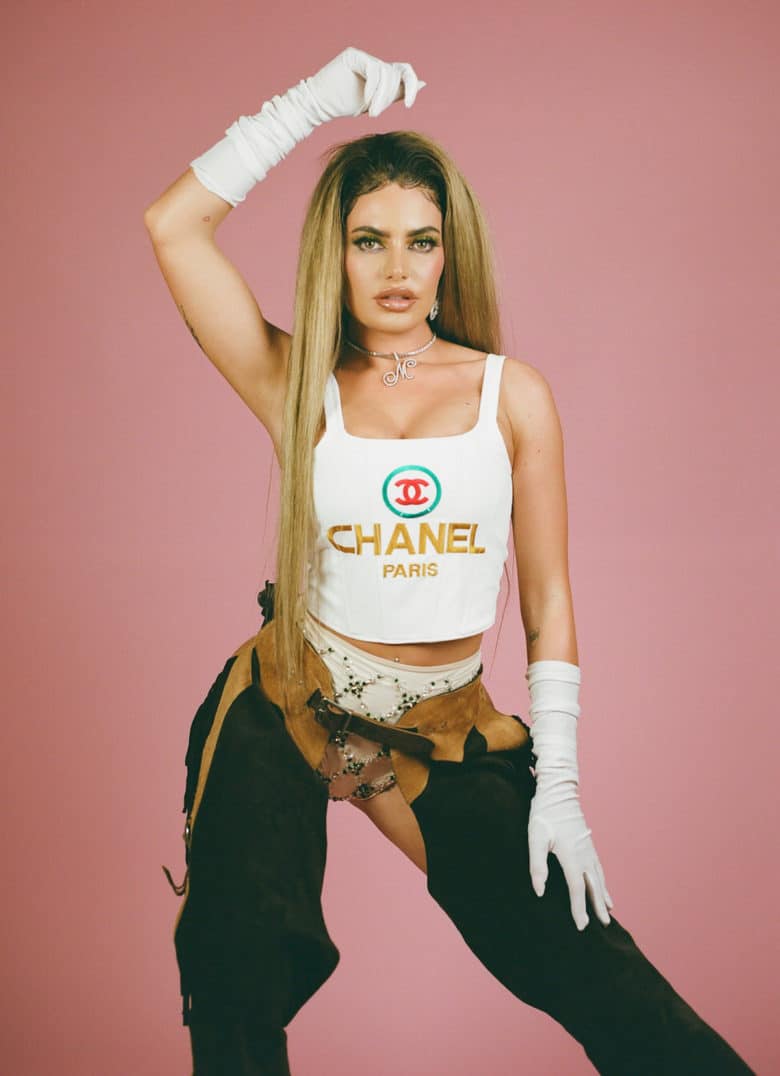 "Just be yourself and if people don't like it, they're not your people — get them out your life."

Some of the important conversations you’ve been having in the past few years have been around bisexuality and your experiences as a queer woman. What do you think straight people can do to be better allies to bisexual women – particularly against the backdrop of objectification which a lot of women in the community experience.

There’s definitely so much work to be done. Touching on what you said there, the objectification of bi women and the silence around bi men, do you have any thoughts on bi erasure in wider culture and what can be done to help fight it?

I just don’t understand why people have such opinions on other people’s sexuality, I can’t get my head around it. Just let people be, if they’re not hurting you, you should just let them get on with it. I’ll stand up for people’s freedom of choice all day.

You mentioned it briefly earlier, but let’s talk about what’s been keeping you busy recently: the second series of your podcast You Come First. What have you achieved so far with the podcast and what are you most proud of about it?

I was thinking about doing apodcast for a while but I was always nervous about starting it, because the sort of things that I think are important to speak about are still deemed taboo subjects. People have loved it [though]. It’s so needed to talk about things like sex work, sex, sexuality and Only Fans because, growing up, I did feel a lot of shame around being sexual or working in the sex industry. It’s a perfect platform to speak openly and honestly and for people to get a real sense of me and learn from my mistakes and my journey [whereas] in interviews with the press, my words can be twisted. 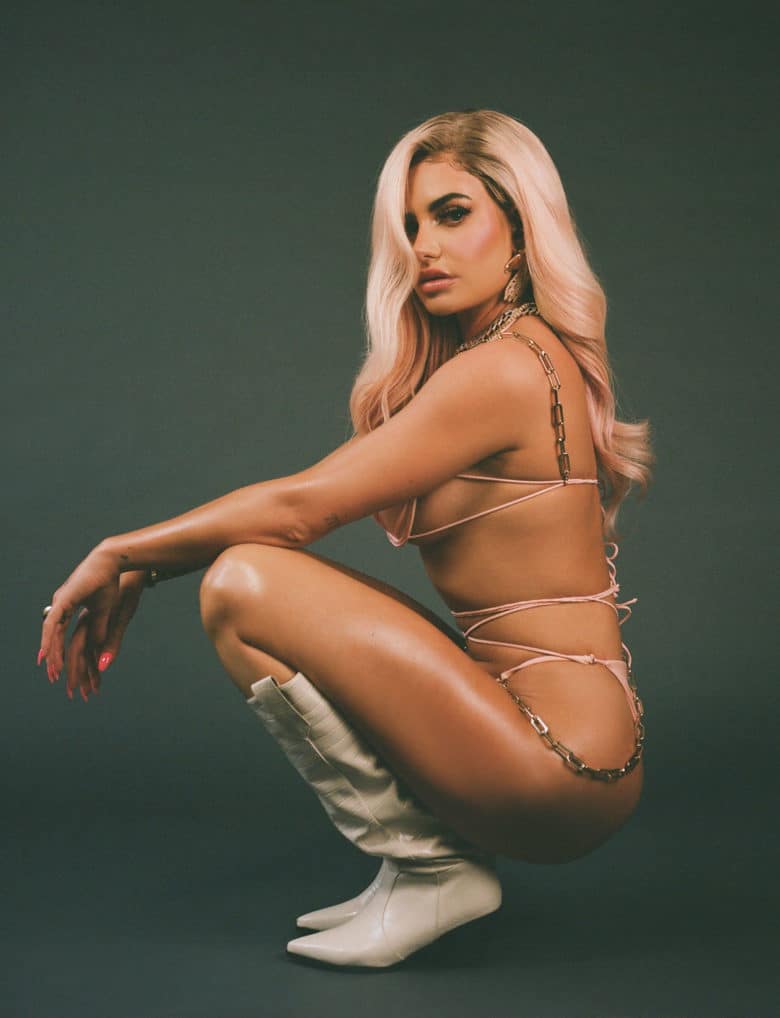 So what can we expect for season two?

I couldn’t believe it, but season one of You Come First was in the top five for Spotify and Apple podcasts. And season two is even better than the first one, I’ve got such amazing guests. When they came on for the interview, I got nervous and was like, Oh my god! I’m so grateful they all agreed to work with me.

Alongside the podcast, you’re also a Vice columnist, offering your advice on everything from therapy to coming out. How does it feel to be sharing some of your life experience on that platform?

I’m so proud of that column. It’s been an absolute pleasure to work with Vice, when I was in the Love Island villa and I had so much negative press and headlines, Vice were the one major outlet that actually backed me. They just seem to get me, so to be given that platform is absolutely amazing and I’ve heard that the column has been translated into five different languages. I’m like, oh my god, as if my opinion matters this much. The feedback has been amazing and to hear fans say they’re proud of me, it means so much. I get DMs from people saying that they’ve read what I wrote and it really resonated with them or it’s really changed their perspective and [helped them] come out as bi or experiment with their sexuality and not even label it. It means so much to me to hear that I’m actually helping people. That gives me the most happiness over any paycheck or influencer deal.

Definitely. I think people are very interested in what you have to say.

Why do you think it’s surprising?

People stereotype sex workers or people who’ve worked in the sex industry, they think it’s a last resort and that [sex workers] aren’t smart or academic or have an opinion. That they just get paid off their looks and that’s the best they can do. So for me to actually say how I feel and help people, that means so much to me. 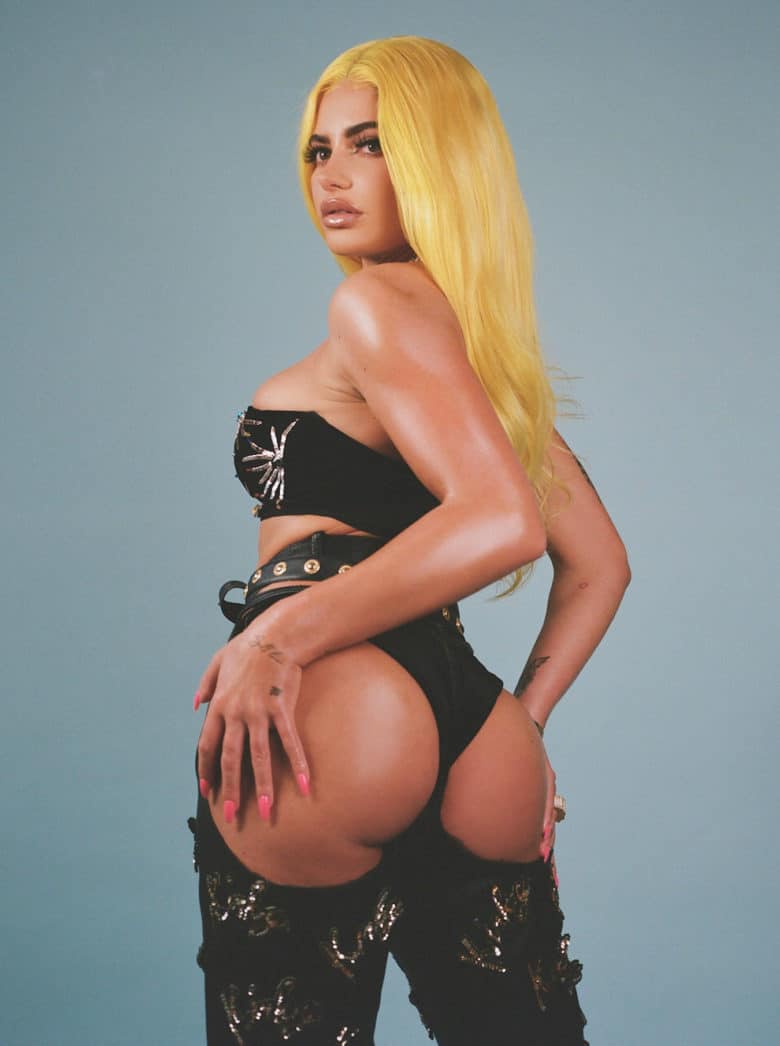 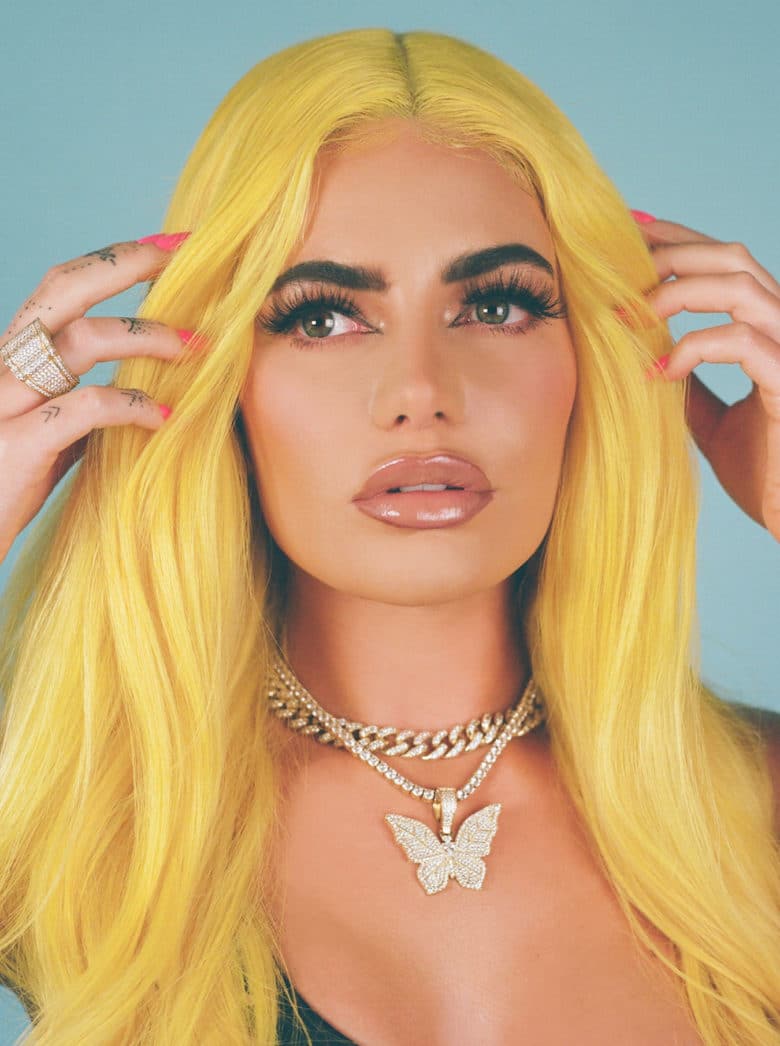 "Growing up, I felt so much shame about things that are so natural and normal. When you really dig deeper, all women feel exactly the same — it's just not spoken about enough."

It means a lot to contribute to breaking those stereotypes, given that this kind of thinking can have a much larger negative effect. Like the idea that sex workers can’t think for themselves seems to be behind some of the campaigning from feminist groups who are looking to eradicate the sex work industry: whether it’s through closing strip clubs or “eliminating the demand” for prostitution with the Nordic Model, which criminalises clients.

That infuriates me so much. When I read stuff about it, I just think it’s so backwards. Making [sex work] more illegal will just make it more dangerous and it can already be quite a dangerous thing. Like with working in a strip club, it’s obviously not all glamour and loads of money like you see in films. There is a darker side and you have to be safe but making it more illegal is just going to drive women that don’t have any other options other than the sex industry to take more risks and be more vulnerable, as well as making it tricky for women to report if anything does go wrong. I feel like it’s just a recipe for disaster.

Financially as well, this political approach is an attack on sex workers’ livelihoods.

[The Nordic Model] has happened in Ireland, France and other places already. They’re just trying to end the demand for prostitution and sex work which I think is the biggest joke ever. It’s one of the oldest professions in the world and it’s always going to be there in some form or another. The way I see it, working in the sex industry or being a stripper is no different from women who date rich men to provide that lifestyle for them. Sex workers are the smart ones, they’re doing a job, getting paid and leaving, whereas it’s socially acceptable for women to marry into money. But it’s the working class women [in the sex industry] that are punished and put at risk.

And on a final note,  where do you want your career to go from here?

Like I said before, I just love helping people. That gives me the most satisfaction and joy so I’d love to continue doing that. I’m not the most academic person or as well travelled as other people in the public eye, but I just give a hundred percent my truth and speak from my heart and my experiences. I try to speak to everyone in my DMs, I get inundated with messages, there’s men who don’t know how to come out, as well as middle-aged women who want to be more sexual with a partner or come out as gay themselves, and girls wanting to get into Only Fans but who are scared of the stigma. I can’t physically get back to everyone in my DMs but doing what I’m doing with my podcast and advice column  on a bigger scale would be absolutely amazing. Growing up, I felt like I was weird and different and felt so much shame about things that are so natural and so normal. When you really dig deeper, all women feel exactly the same — it’s just not spoken about enough.

Megan Barton-Hanson’s podcast, You Come First, is out on Spotify and Apple Podcasts in early November. 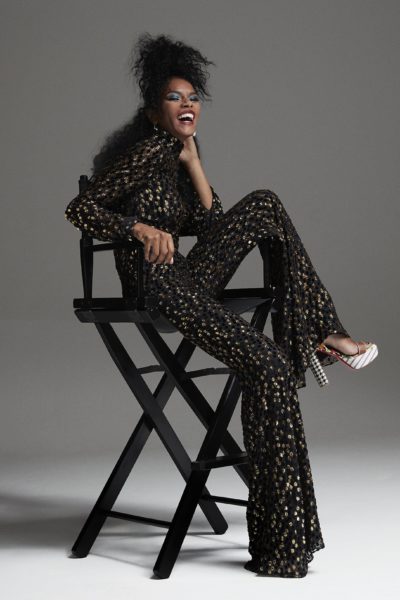 On The Rise: Moon Bedeaux 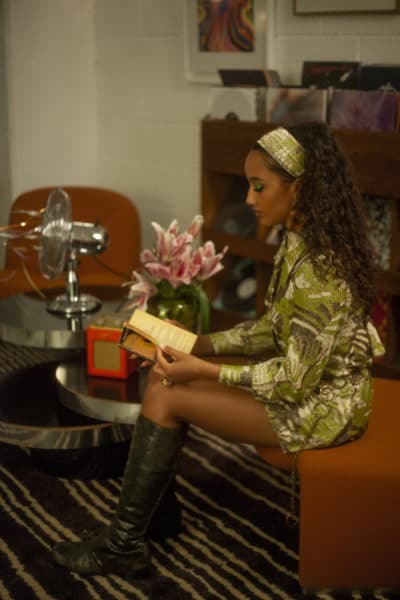