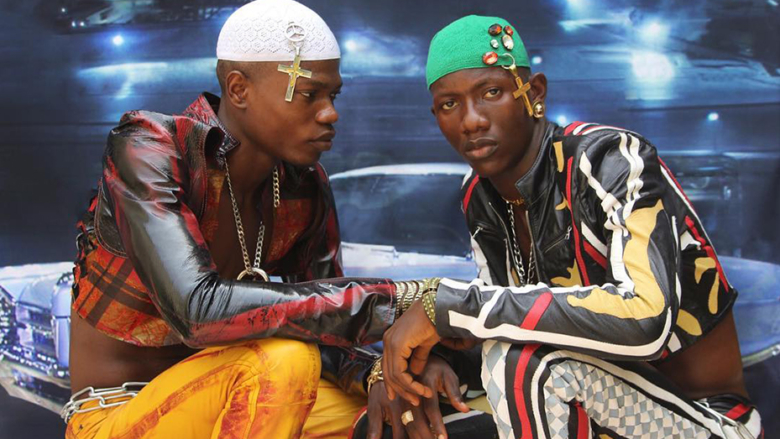 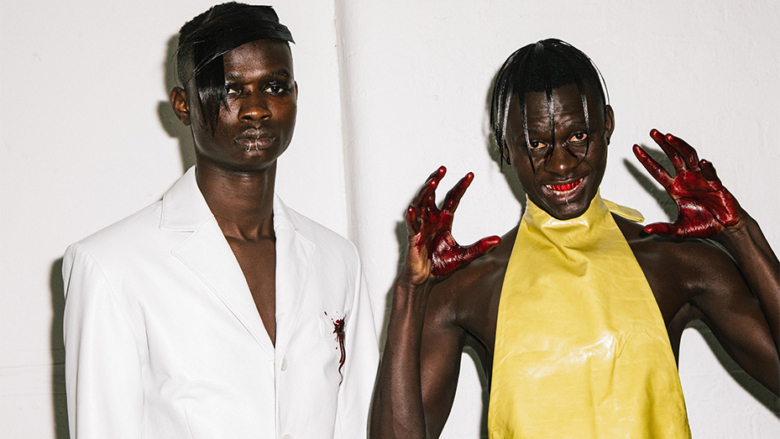 For those like spellcheck, red lining and scratching their heads at the term Nollywood: no, it is not a spelling mistake by any means. Like Hollywood and Bollywood, Nollywood is Nigeria’s official film industry and, quite frankly, has had an unshakeable influence. For the reach that it has had on film, diaspora wide; its dialectic and proverbial influence lexically; even for its genius level memes. Osita Iheme, one of the greatest comedic actors of the 21st century, can attest to his sudden catapulting in the Western conscious over the Christmas period, to being tagged in Marc Jacobs’ Instagram post. He offered selfcare tip 101: mind your business and the business of others. For far too long, Nollywood has been overlooked as a catalyst for trends. However, young black creatives are leading the charge from kitsch to couture.

Perhaps the most notable feature of the industry are the film posters: reminiscent of the great African photographers of the the past century including Malik Sidibè, Seydou Keith, Omar Victor Diop and beyond. The single grainy studio backdrop (either in a sky blue or grey) combined with dynamic, psychedelic colour scheme. Remnants of African sensibility fused with contemporary features recognisable on a global scale, from styling to hair and makeup. Kitsch has and always will remain a feature of poor taste with ironic appeal. When we consider the term in the context of fashion, it is interesting to note what we categorise as kitsch and what we categorise as the opposite. Traditional fabrics and customary garments, visibly emblematic of the continent, are often regarded on a scale expeditiously greater than those we’d usually categorise as ready-to-wear. For RTW is merely understood on a western context with little regard to styling, focusing on branding. A mini skirt and blouse from a Parisian luxury house would often be viewed as a novelty, yet, in an African context, a similar outfit (not graced on the body of a statuesque model of great international appeal) would be labeled as the other.

The 2019 Met Gala remains loose on the lips of fashion lovers and Lehman’s for two main reasons: first, the theme; Camp. Derived from the writings of the immutable, Susan Sontag, her 1964 essay; ‘Notes on Camp’, became the framework for the distinction of the term. ‘Pastiche’, ‘exaggeration’, over-the-top fashion with very little regard of conventional codes. Many gathered on May 6, to awe in the star-studded spectacle of the season. Waiting with baited breath to channel the dearly departed Joan Rivers’ vigor for a best and worst dressed round up on their social media feeds.

The second reason: failure to deliver. When the announcement of the theme was made, automatic assumptions were drag (and rightfully so). Bows, exaggerated silhouettes, theatrics, dynamic makeup looks, hair the size of your nerve, and attitudes to match. Think, Hocus Pocus, think Leigh Bowery, think, Cher, Liza, Grace Jones and the remaining great divas of past and present. Many looks will remain prominent indentations in our minds as moments in fashion history, case in point: Mr Billy Porter’s hunky semestral entrance, adorned in the finest of The Blonds. Others opted for safeness, demure and lacked the sheer audacity required to do this theme justice. Alternatively, black camp was missing from the met. As so gracefully recounted by Scarlett Newman of Teen Vogue, we often forget the contributions of blackness, diaspora-wide, on camp. According to fashion historian Darnell Libby, “even though I believe there are so many examples of ‘camp’ in black culture, there is a broad paint stroke over the black experience, which is perceived to be downtrodden instead of vibrant.” It’s Baps, it’s Lil Kim, Missy Elliott, it’s your church lady’s Sunday best.. and on a global level it’s carnival, it’s Sapology, it’s petrol heads, it’s Aso Ebi and beyond. Yet, these aesthetics are never considered camp, they’re kitsch. With great thanks to fashion’s burgeoning black talent, be it designers, stylists, photographers, the like…  Nollywood is having its moment as a competitive fixture on the global luxury market and in its induction into the camp hall of fame.

There lies the great diasporic creatives of today, influencing fashion in more ways than just clothing – aestheticising Nollywood in an industry that, to this day, lacks the representation necessary to claim inclusion of any sort.

Mowalola stepped out in 2018 after graduating from her BA in design from Central Saint Martins. Whether you’re cognizant or not, you can very clearly recognise a Mowalola garment instantly, usually characterised by her signature leather tailoring, organza overlays and airbrushed statement pieces. Soon after abandoning her MA to gain first hand experience running a label, the graduate was announced as one of the newest fresh faces of Fashion East’s emerging designers’ bill. An explosive introduction into the industry, Mowalola’s influence has been one of great heights and acclaim. Becoming a cult classic known earlier on from her Tumblr boards, to now being one of the pioneering designers to reignite the flame on the YeeHaw agenda. Bolo ties, bellbottoms, chaps and cowboy boots became the choices accessory of 2019.

Not only did the clothes cause a stir, so did the editorials. On styling, fellow CSM alumn and Editor at large of ID, Ib Kamara worked with photographer, Ruth Ossai, on Mowalola’s inaugural collection ‘Psychedelic’. A collection of group shots in that ever-so- arresting multi-print backdrops, flash effects and killer poses. ‘Psychedelic’ was the workings of a supa dupa fly Nollywood Film poster if you were ever to see one. That, “are they there or is it photoshop?” type shoot became all too familiar as Ruth Ossai was selected by Kenzo alongside director Akinlola Davies Jr in 2017. The campaign, Folio #1: ‘Unity is Strength’  featured real, native, Nigerians of Nsukka, in their SS17 collection, “young black Nigerian bodies, capturing them celebrating Igbo culture and traditions.”

In 2018, Ossai, incorporated those same Nollywood sensibilities that fans have come to know. ‘Miu Miu Babes’ was a play on the Nollywood classic ‘Blackberry Babes‘, a story of a group of girls in search to scam rich men for material gain. The special was then commissioned for the 15th issue of  Garage magazine. What was originally a sartorial ode to Nigerian film became a contender in the editorialization of Nigerian culture in fashion.

High life was camp. Fela Kuti Was camp. Patience Ozokwor is camp. Noughties special effects are camp. Excess from lack of access is camp and above all else, Nollywood is camp. With stars like Beyonce and Solange, drawing style-spiration from Yoruba and Igbo culture and traditions, it is important to note and trace its trajectory in luxury fashion today. It is clear that social media and the rise of Nigerian influencers and music has ignited a sudden global appeal that, once, portrayed a singular narrative, not only of Nigeria, but of the continent as a whole. We are beginning to see more and more of how representation behind the screens and pages can positively affect fashion’s worldview. 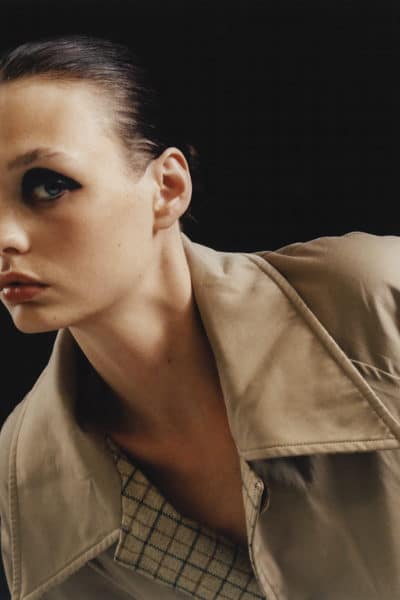 Fire On The Fairway 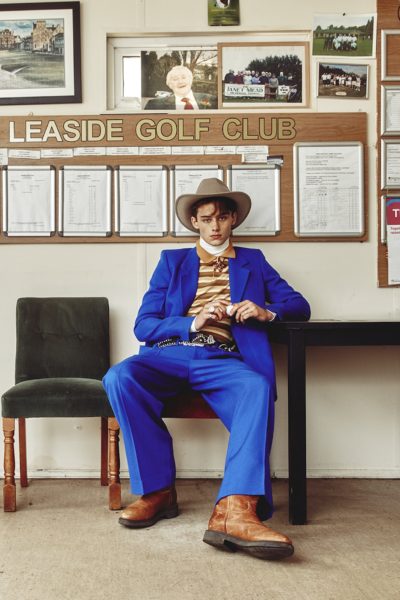