On Saturday morning, the sound of the Christmas Carol “Silent Night” floated through the traffic and tourists near Trafalgar Square. A song usually associated with family gatherings and festive cheer was eerie to hear at an anti-war protest in spring.

The red, white and navy of the Union Jack mingled with the sky blue and corn yellow of the Ukrainian flag. Toddlers sat on their parent’s shoulders, teenagers held hands and gripped placards. Putin’s photograph printed as a mugshot was held high above the crowd. Others carried placards saying “Putin Terrorist” and “Protect Ukraine, Save Europe”. The energy of the protest was like none I had ever been to before. A sombre, emotional, and fiercely defiant crowd. As I approached, I felt the muscles tightening in my throat. People talked about their families, friends, and loved ones in Ukraine. They described waking two or three times a night to check their messages to see if their mothers, daughters, or siblings were still alive back home — whether they have vowed to stay and bravely protect their homeland, or whether they are desperate to escape.

The young woman leading the protest cried out to the people of Britain for solidarity. She wore the Ukrainian flag around her shoulders and held a microphone close to her mouth. Her blonde hair started to get soaked by the rain as she called out to us to “Stand with Ukraine” with a voice powerful, raw and heavy with defiance, and her fist high in the air. She shouted out over the crowd “Ukraine fights this war for you! It fights this war for the world. Because if we do not fight this war no one will be safe from Putin.” 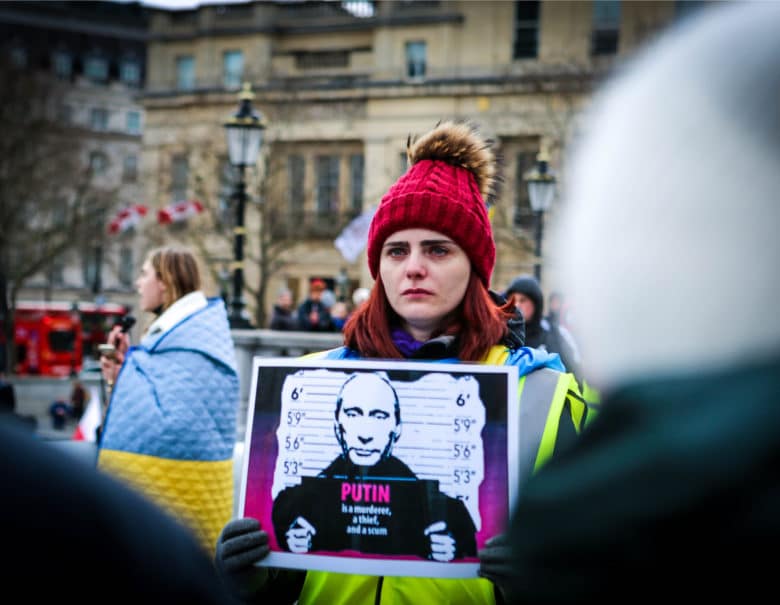 The rally came on the 10th day of Moscow’s invasion of Ukraine, as the heavy bombardment of cities by Russian forces continues. It’s been ten days of watching horrific events unfold through our phones, laptops and TVs from a country that currently possesses the security of peace. Many of us have felt the need to act in the face of our powerlessness. From emptying our drawers of socks to send on trucks to Dover to signing petitions.

In the midst of such massive injustice, what can we physically do? With so much noise, fragmented media coverage and overwhelming amounts of information, how do we know what we’re doing is right? Many would have us believe that marching and protesting has no value. But we saw the women’s march on Washington start one of the largest global movements in history. From George Floyd to Martin Luther King to Gandhi and beyond, feet on the street has meaning and power. This physical power and collective action are crucial now.

We are being gaslit daily by a government that will display a light show from the houses of parliament in the colours of the Ukrainian flag, all while they put blockages on refugees. We are shown the world through distorted political and media lenses that treat dialogue as pointless, justice as optional and truth as irrelevant. We stand on a sewer of Russian money that flows beneath the streets of our capital. Our protests hold leaders accountable for their actions, it can unite a global community, and it cuts through media propaganda. Now more than ever the assembling of the people is not only powerful, it’s essential. 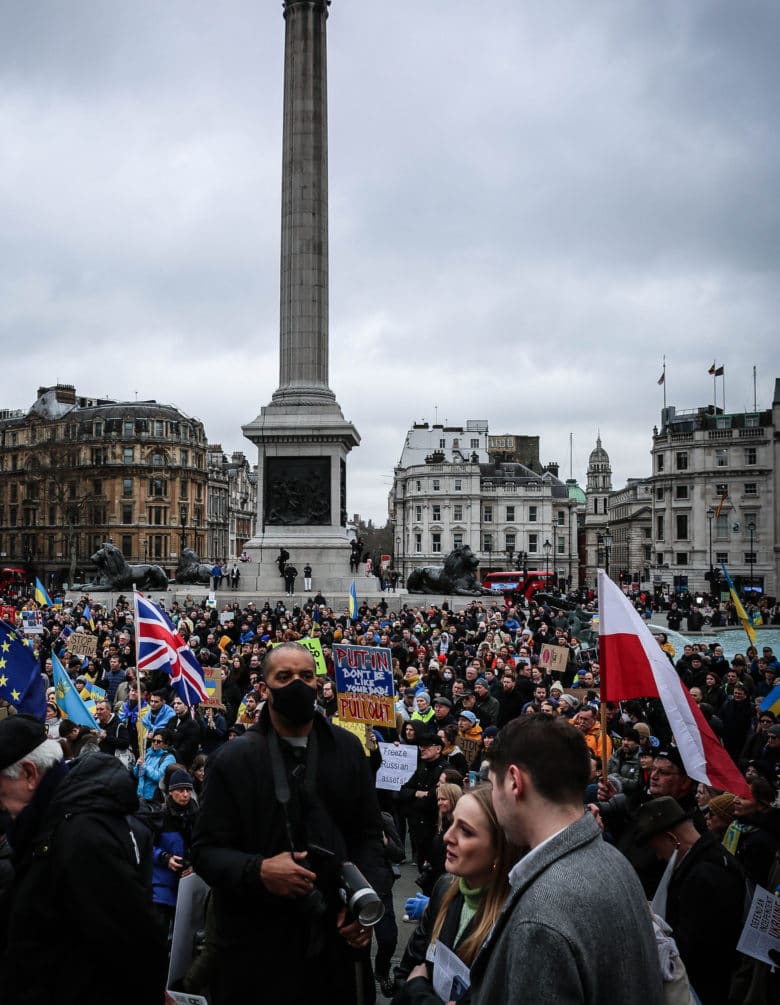 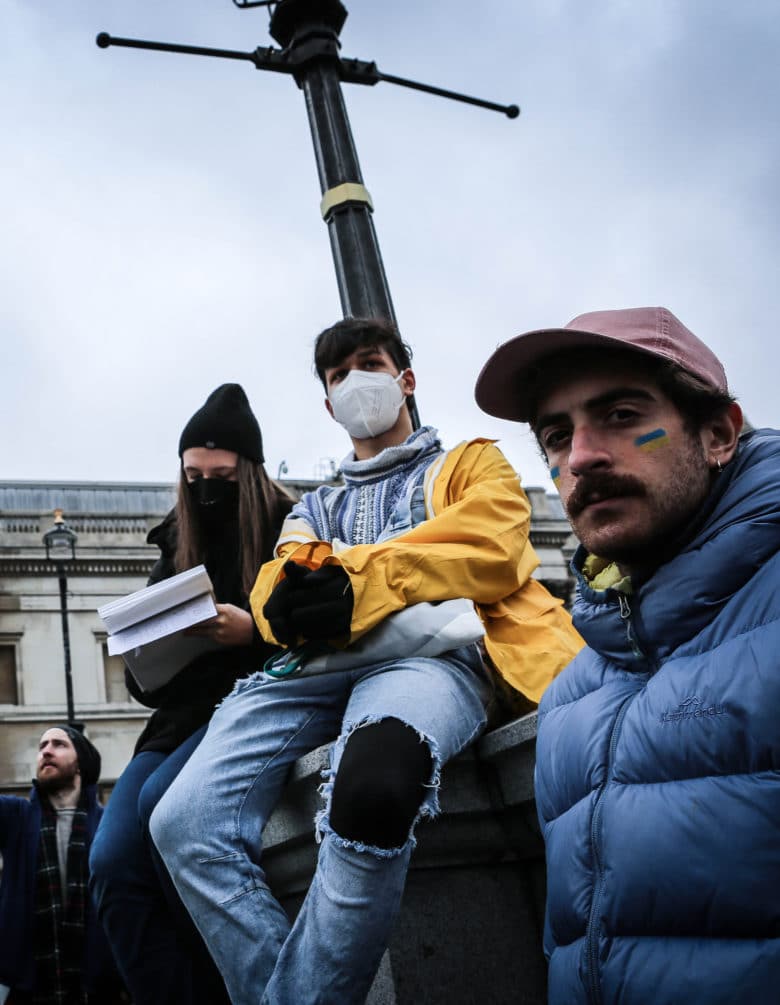 How can we let the Ukrainians know that we physically stand with them? It is time to identify the values and principles we believe in and go into battle for them. That is why we protest.

The march on Saturday was a part of a global show of solidarity with Ukraine. Over 41,000 people demonstrated across the country in France. In the UK from Cambridge to Bristol, people took to the streets. In Zurich 40,000 protesters demanded peace, and across the Atlantic Ocean, several thousand people gathered in New York’s Times Square carrying Ukraine’s national flower, and calling to ‘Stop Russian terrorism’.

And on more dangerous soil, in Russia, over 8,000 people have been arrested at anti-war protests since the start of Russia’s invasion of Ukraine. And yet they protest. The crowds gather despite the fact that Russia passed legislation that imposes prison sentences of up to 15 years for those who criticize the war. We in the UK are fortunate enough to live in a democracy. If the Russians can hit the streets to fight for peace, and face prison, so should we. 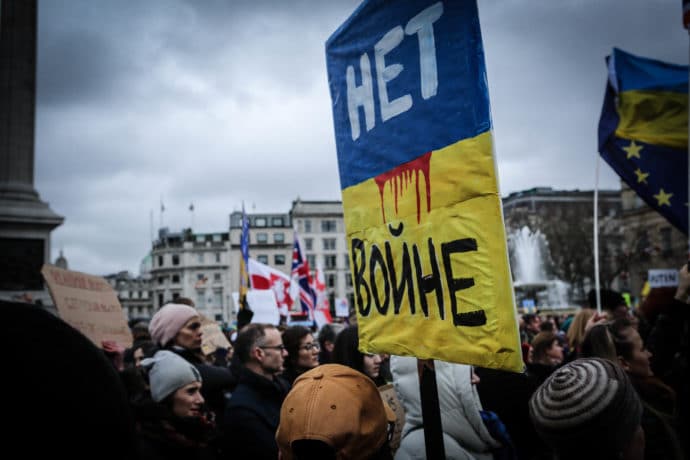 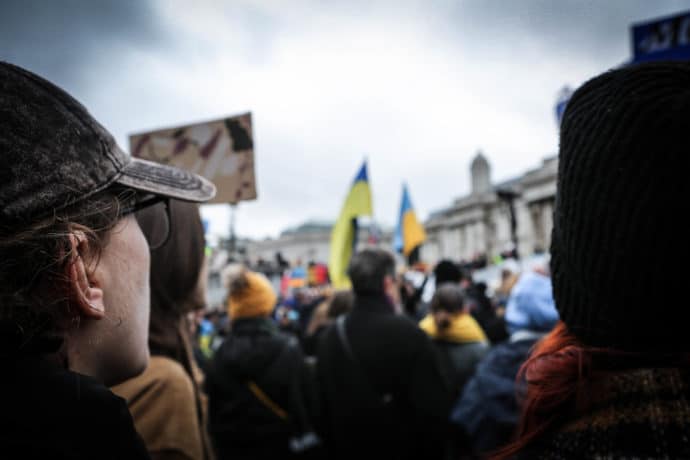 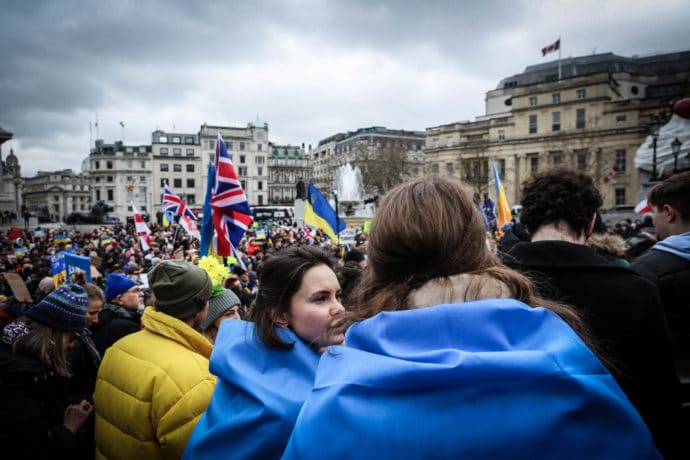 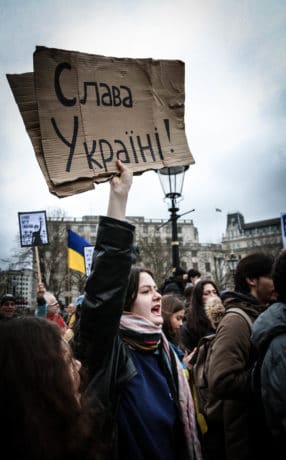 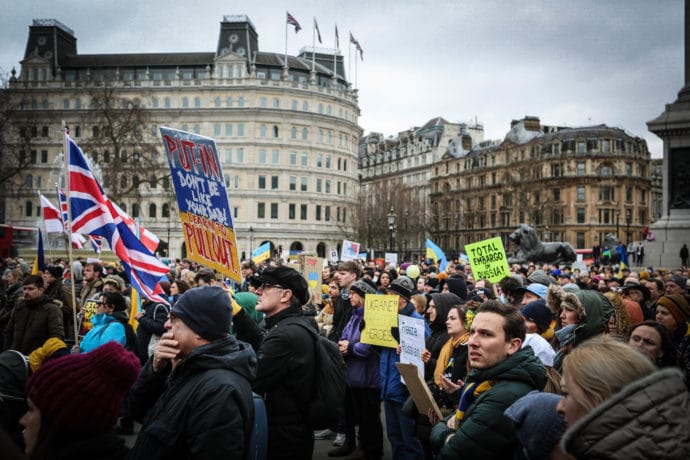 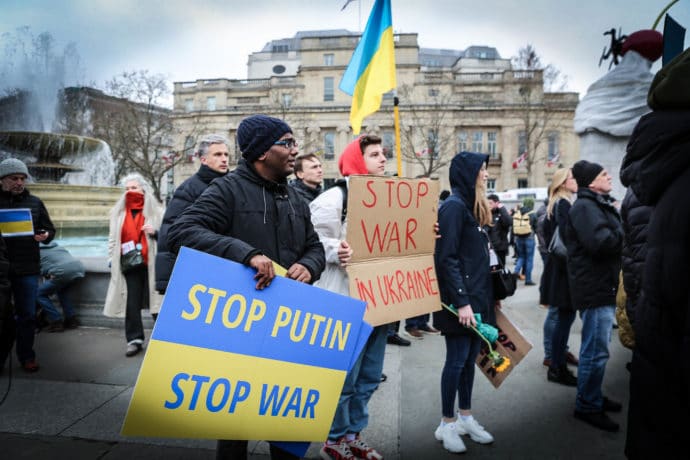 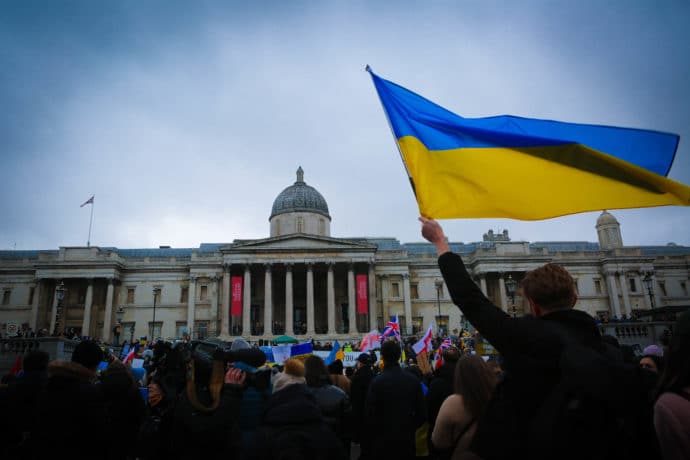 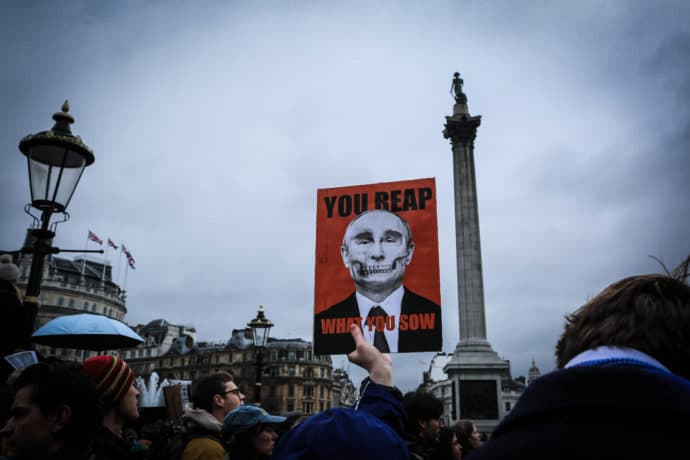 Throughout the protest, the warning was clear, The banners displayed ominous statements, like “When the last Ukrainian soldier falls, Putin will come for you”. A journalist took the microphone and told the crowd that the young people of the surrounding nations, including Poland to Romania, have started to scrub their phones and social media, preparing themselves for Russian occupation.

As the protest continued, the chant of “Slava Ukraine!” grew stronger and more passionate. The world is watching, and we must take action even when our leaders do not. This is a global movement of support and a rallying cry for peace. We must march on because the fight of Ukraine truly is ours too. The night sky above Ukraine is no longer silent. And we must not stay silent either.