Many areas in Pakistan remain inaccessible after flash floods, and stranded people still require urgent care months after the disaster. From the middle of June until August this year, the rains and flash floods have destroyed 765,000 homes and 2 million are damaged according to a report called The Land is Aching: Extreme Climate-Change Induced Flooding in Pakistan released by Islamic Relief. The wait for the water to subside could take months, and those who have lost their homes have nowhere to go. Currently, the number displaced as a result of the destruction is nearly five times the amount displaced in the Ukraine due to the war with Russia.

The water has engulfed a landmass larger than the United Kingdom and 6 million are still awaiting humanitarian aid. But as the news cycle shifts faster each day, the focus is fading away from the crisis in Pakistan, and those who need the help are at risk of being forgotten.

Islamic Relief, who is currently providing emergency response, have reported that Pakistani women are amongst the worst impacted by the floods and are “14 times more likely than men to die in these major events”. Gender parity in Pakistan is ranked the second worst in the world according to the 2022 World Economic Forum’s Global Gender Gap Index report, and this is only becoming more urgent in light of the ongoing disaster. 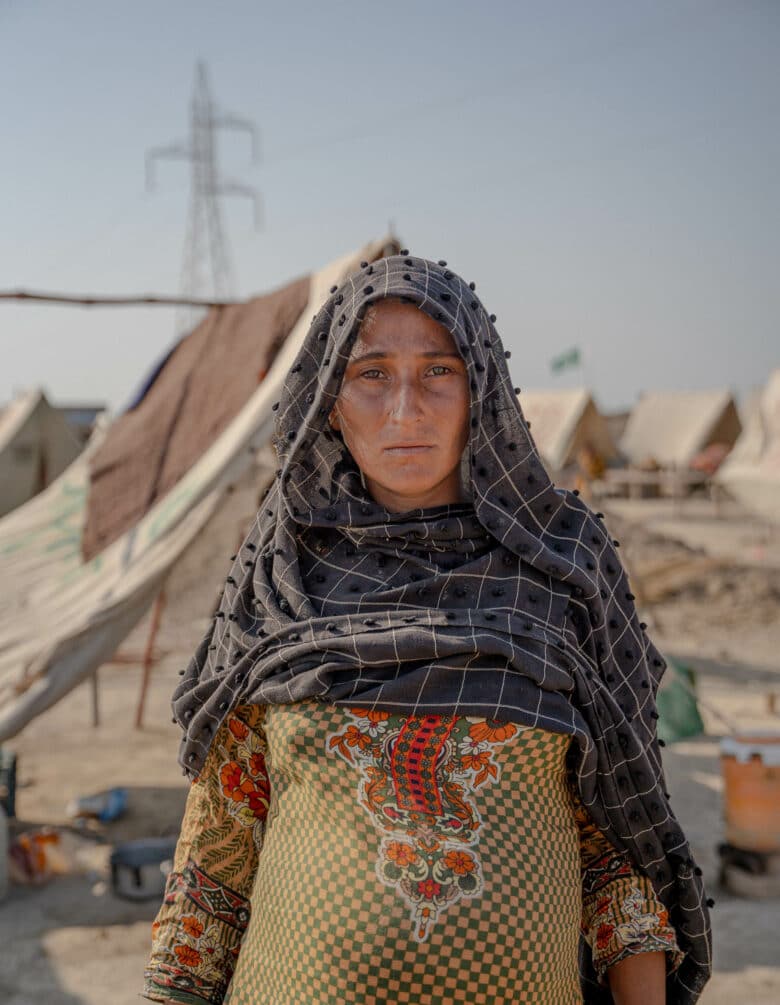 They are being confronted with a number of challenges regarding safety wellbeing, including gender discrimination, abuse, lack of sanitation systems or safeguarding mechanisms. Young girls, moreover, are subject to an increased risk of being forced into early marriage as families are struggling to provide for their children’s future after losing their livelihoods and homes.

In the report, they stated that “women are prevented from receiving humanitarian relief on the same scale as men, as preconditions for relief such as ID cards and marriage certificates create an access barrier, and patriarchal practices result in men monopolising the already limited resources.” ​​They go on to acknowledge the important role of women within the communities of Pakistan, and how “social cohesion and community adaptation” will consequently suffer with a lack of adequate gender-response policies.

Within this, they found that “hundreds of thousands of displaced women are facing unsanitary and unsafe camp conditions with little access to mental health services. The United Nations Population Fund (UNFPA) estimated there are almost 650,000 pregnant women in flood-affected areas, with 73,000 expected to give birth in September.”

With worries for the women and children already displaced, Islamic Relief have reported that the work to tackle the lack of maternal aid will “focus on the most vulnerable by providing nutritional support for pregnant and breastfeeding women.”

The temporary camps aim to treat as many women and children as possible, but the hours of queues mean many are now malnourished and contending with water-borne diseases on the journey to receive basic medical attention.

Islamic Relief have already reached nearly 60,000 women, but plan to step up the work to “prevent gender-based violence by establishing safe spaces for women and children, setting up referral pathways so that at-risk people in camps can access gender-based violence prevention and response services”. 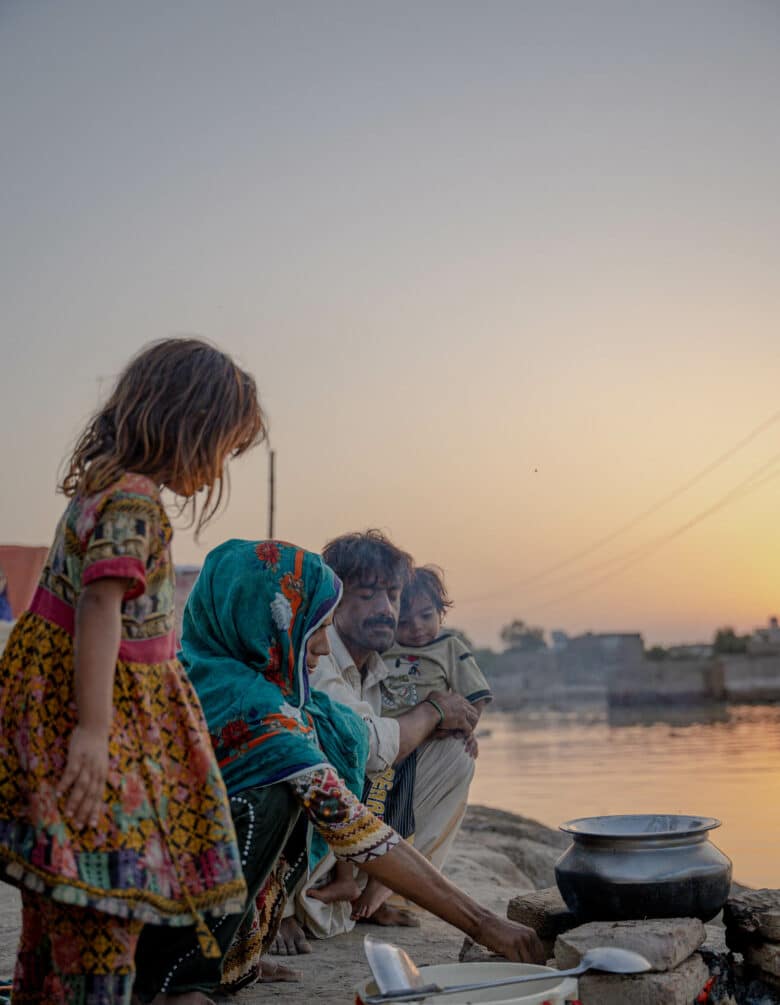 To maintain the influx of aid being sent out, the agency is calling on the international community to go beyond the immediate emergency relief. “The UN and European Civil Protection and Humanitarian Aid Operations must support the government of Pakistan in longer-term recovery and adaptation efforts”, they conclude in their recommendations.

The lack of government funding means that the scale of devastation could have been prevented had promises to put in adaptive measures been followed through. Funding for the government has not materialised, and wealthy countries who ensured they will do everything to reduce gas emissions have failed. The UN Secretary-General António Guterres said he had never seen “climate carnage on this scale” on a visit to the country earlier this month.

The COP27 Summit will be held in Egypt this year, and Pakistan will be playing a major role in the talks. Following the floods, Pakistan will represent the G77 umbrella group of developing countries in desperate need of financial help to adapt to climate change. Alongside Bangladesh, these countries are facing some of the worst consequences of climate change despite contributing the least to it.

Shehbaz Sharif, Pakistan’s Prime Minister, has already called on Western nations at the UN in late September to offer compensation to those more vulnerable and unequipped to face these catastrophes. “Pakistan has never seen a starker and more devastating example of the impact of global warming,” he said, stating “Life in Pakistan has changed forever.” Figure losses now stand at more than $30 billion; and to put this in context, only a third of climate finance has gone towards adaptation projects and the $100 billion sum that was promised has never been paid in full.

These plans can take years to come to fruition, and simply will not suffice for the people of Pakistan who are facing the effects of other countries’ failures. Earlier this year, Pakistan endured uncontrollable fires from April to July, and are now being left without the adequate adaptive measures to deal with the flash floods. 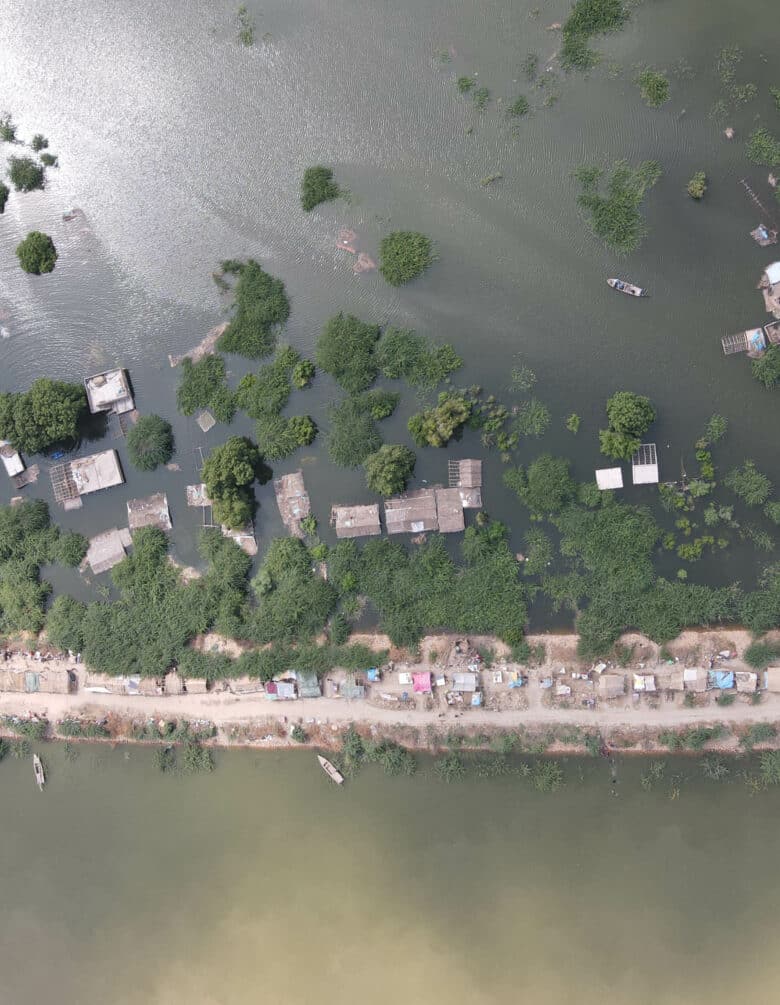 As the drive to receive compensation or debt relief from organisations and richer countries is still being pushed, the human cost is far higher. Islamic Relief have now totalled 1600 people to have died, and 12,900 injured.

The report concludes that the “needs of the most vulnerable should be prioritised and integrated into recovery plans to ensure that no one is left behind.” As part of the plea, “climate actors and Pakistan’s government should make a concerted effort to make the case for additional funding at COP27.” Pakistan is largely unequipped to cope with the effects of climate change, so the call for funding from those contributing to gas emissions must be listened to, as the need to act now is urgent.