“I remember crying in my hotel room in Lebanon when that story broke. It was my worst nightmare as an editor to be blocked in my own country,” Khalid Abdel-Hadi, the publisher of the Middle East’s leading LGBTQIA+ magazine, My Kali, recalls. The activist is speaking about an incident in 2007 where he, aged 16, was publicly outed by the Jordanian press. An extremist tabloid paper hijacked the first edition of the magazine, whose cover bore an image of himself, shirtless. The issue was only meant to be seen by the country’s underground community, but was shared widely — something Abdel-Hadi says was motivated by “bigotry, misinformation and sensationalism”. Of course, being outed publicly to the nation with a picture of himself was a completely different experience from informing his close friends and family of his sexuality, he says. “It was the pinnacle moment where my personal life was shelved. I felt incredibly exploited.”

While homosexual conduct is not criminalised in Abdel-Hadi’s native Jordan, it is considered illegal in many other Arab states, including the United Arab Emirates, Saudi Arabia, Qatar, and Iran. LGBTQ+ people who live in these countries often face fierce discrimination, forcing many to lead double lives. A 2019 survey conducted by the Arab Barometer found that 93% of Jordanians said that society should not accept homosexuality. It is for this reason that Abdel-Hadi continued to grow My Kali despite the extreme backlash that spread to his personal life. He tells me how his friends started distancing themselves for fear of being outed themselves, and that some even blackmailed him to close the publication. “It was very difficult for people to be around me,” he reflects. “Still to this day, I believe.”

Now, 15 years on, the magazine and its committed founder, are flourishing. At the heart of Abdel-Hadi’s mission is ensuring that queer Arabs are given ample representation and the opportunity to share their experiences. “We’re not documenting and archiving for the sake of it, we’re trying to create a change and empower people to feel less alone. We find strength in collectivity,” he states. Queer Arabs, he opines, are simply seeking the same freedom that any marginalised group can hope to achieve — the right to self-determination. Here, HUNGER speaks to Abdel-Hadi about the misinformation around the queer Arab experience, the importance of a representative press, and the affirmative power of storytelling. 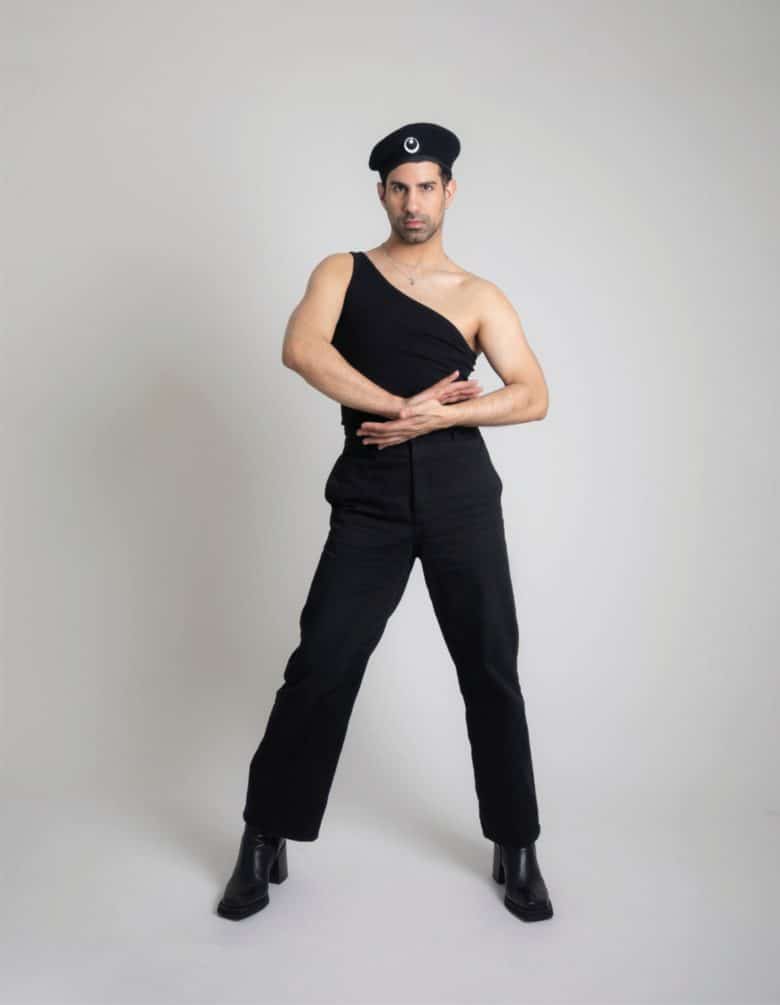 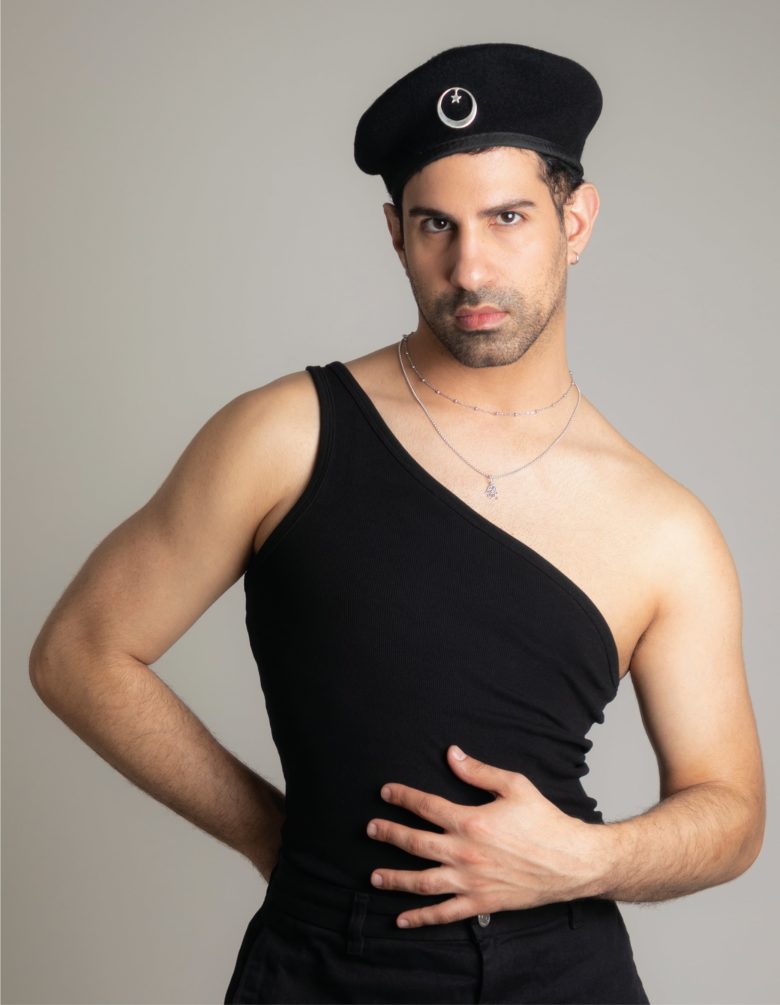 You’ve spoken about how your coming out story is sectioned into two parts — can you elaborate on that?

The personal aspect is when I came out to my mother at 14, when I didn’t even know what homosexuality was. Later, the public incident occurred and that was a whole different experience, especially as I was thrust into the public at such a young age. It wasn’t the easiest for me or the people around me. But due to the type of personality that I am, and having younger traits that made me want to rebel, I didn’t let the paper push me into a corner. I took it as a challenge to continue doing what I was doing and to build a community around the publication. In fact, I like to thank that particular paper for helping me to launch My Kali. I was very provocative towards them because they were trying to shame me into becoming discreet once more. Being upfront and comfortable with your orientation is problematic to people who are homophobic. When you’re confident, they feel threatened.

Can you speak about the stigma that the LGBTQ+ community face within Arab countries?

Living with stigma is a very prevalent thing for people who reside in our region, and we also face collective and family blackmail. You always feel like you’re under threat of being ostracised from your group, and us humans find so much power from being part of a community that often we don’t want to jeopardise that. Family ties are a huge asset to our region, and one of the main obstacles LGBTQ+ people face is being able to navigate that.

Being from a similar background myself, I know there are certain stereotypes that the West pushes onto the Middle Eastern experience. When this comes to the LGBTQ+ community, I’ve noticed that the positive stories are often never told…

Suffering is always implied and at the forefront of the narrative, but a lot of joy can be found in it too. I always have to explain where I come from and why it’s difficult, but I sometimes feel like I am betraying my own identity and country when speaking in this manner. Conservative perspectives are part of our culture and traditions, and it’s something that we don’t need to be ashamed of. In fact, there are many queer people who come from conservative backgrounds, and they want to maintain those ideologies and they have the freedom to do so. People need to realise that they can’t disrespect another culture just because they have different perspectives and values. As an editor for this publication, I have met people from villages and from much more conservative communities, who are very accepting of their trans or queer children. I don’t think these experiences are covered enough, and if they are they’re posited as an exception.

As a publisher, why is it so important that queer Arabs are able to document their experiences safely?

When people publish stories, the most important thing is for them to be as relatable as possible for the reader. The more stories that are out there, and the more relatable they are, the more people will feel accepted and less alone. Our culture’s history is paved with heterosexual, cis-men documenting the achievements of other men and this alienates women and alternative communities. We find strength in collectivity. How the regional media handles the LGBTQ+ community has been very dehumanising. That’s why people have so much hatred towards us; it’s been years of sensationalism and not covering our stories from an accurate, objective perspective.

How can we ensure greater enfranchisement and representation for the LGBTQ+ community in Arab countries?

From the perspective of someone who works in the media, misused mediums need to be rechecked. People need to rebalance their values in regards to how they exploit our community, and there needs to be ethical journalism. The press must realise they’re harming their own citizens and essentially sacrificing them. This is what we’re applying at My Kali, we’re providing a platform where people can take the narrative into their own hands and control how they want their stories to be told. This will create change in our region.

How does the regional press impact the way the LGBTQ+ community is perceived within Middle Eastern countries?

The idea is relatability — we use our platforms to advance people’s voices. The press has that power and that’s why many governments, including Jordan’s, utilise it to push their own agenda against their people, including the queer community. Jordan is a country where freedom is speech is really declining. But at the end of the day, I’m not here to challenge governmental decisions. Social media and the internet provide so many ways to publish. When governments and the traditional press challenge you, you become creative.

Finally, as a queer Arab, what does freedom mean to you?

The idea of freedom came into my personal life very early because I felt I was being constrained by social constructs constantly. For me, it was about taking my narrative into my own hands and refusing to be pushed down by regional media. I try to advance people’s voices through My Kali — we refuse to be told who we are by sources who use us to serve their own views as to what the queer experience is.