Multi-hyphenates aren’t unusual in LA, and Rainsford — aka Rainey Qualley — is no exception. The 31-year-old has starred alongside Vincent Gallo in the upcoming film, Shut In, modelled for the likes of Gucci and Louis Vuitton, and she’s currently penning her full-length debut album.

When we speak, our backdrops couldn’t be more different. It’s a dark, rainy evening in London, but it’s 8 AM for Rainsford in LA. Propped up against a white wall, she cuts a relaxed figure. She’s soft-spoken. Casual, a quintessential Angeleno, some may say.

Though she was born in New York and raised in North Carolina, it’s no surprise that Rainsford ended up in LA. She’s descended from Hollywood royalty, being the daughter of actress Andie MacDowell and the sister of Maid’s Margaret Qualley. Rainsford, however, is carving out her own path; making music and acting on her own terms.

The former, which she once described as “weirdo pop” is dreamy, offbeat, and confessional. Titles like ‘Love Me Like You Hate Me’ and ‘Crying In The Mirror’ should give you a sense of what to expect. There’s an element of fearlessness to her raw vulnerability too — she laughs about once being blocked by an ex for writing a song about their impending breakup.

HUNGER caught up with Rainsford about her new track, ‘Brutal’, her musical evolution and why she’s not going to bow to pressure to choose between acting and singing. This is an artist who is determined to create what she wants, when she wants — even if it means putting up a middle finger to industry expectations… 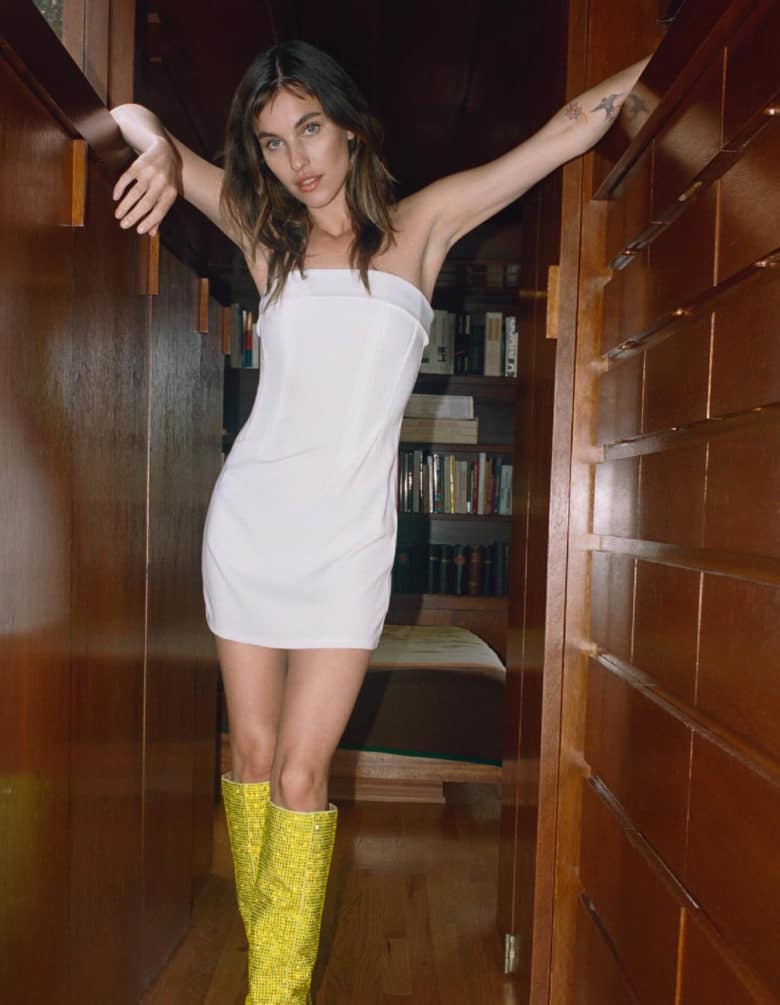 Congrats on the new track! It seems like a little bit of a break from form. In the past, you’ve spoken about how a lot of your songs have been driven by heartache, but in ‘Brutal’, there seems to be this narrative of women taking control of their love lives in a way that’s more beneficial for them emotionally.

That’s totally spot on. For me, it’s always been easier to be a warrior for my friends and to stand up for them, rather than myself. It’s easier to see what the healthy thing to do is when you’re an outsider, you know? In my own life, in every relationship I’ve had, it’s hard to work out how I’ve really felt about someone, and whether it’s beneficial to me. Sometimes we try to gain someone’s love in an unhealthy way, and that can become a pattern. I guess we were reflecting on that in ‘Brutal’.

Do you think talking about heartbreak in your songwriting is a way for you to explore your own emotional parameters and boundaries?

Definitely, I’ve always used songwriting as a form of therapy and as a way to express myself. Music is a great outlet for me. It’s also interesting how songs take on new meanings over the years. Like when I’ve talked about someone, and one particular experience I’ve had with them, it becomes something else entirely when I look back on it.

Have you ever come to regret writing about a particular scenario or a person in a song? Sometimes, it can feel quite exposing and vulnerable to put parts of our personal lives out into the world.

Definitely a lot of vulnerability for sure. But not really regret. Sometimes, I’ve written songs about guys that I’ve been seeing or been having a problem with, and then I’ll send it to them and be like… “I wrote this about you”. And I’ve regretted THAT. But not really writing or releasing it in a public way, because I think being vulnerable is essential in any art-form where you have to express your humanity.

Out of interest, how do these boys tend to respond when you go all Taylor Swift and send them a song you’ve written about them?

There have been a lot of different reactions, but when me and one of my exes were breaking up, I wrote a song about it and sent it to him. He literally blocked me.

Woah. And I’m assuming you regretted that?

Now, I don’t care, whatever, but I was heartbroken at the time. 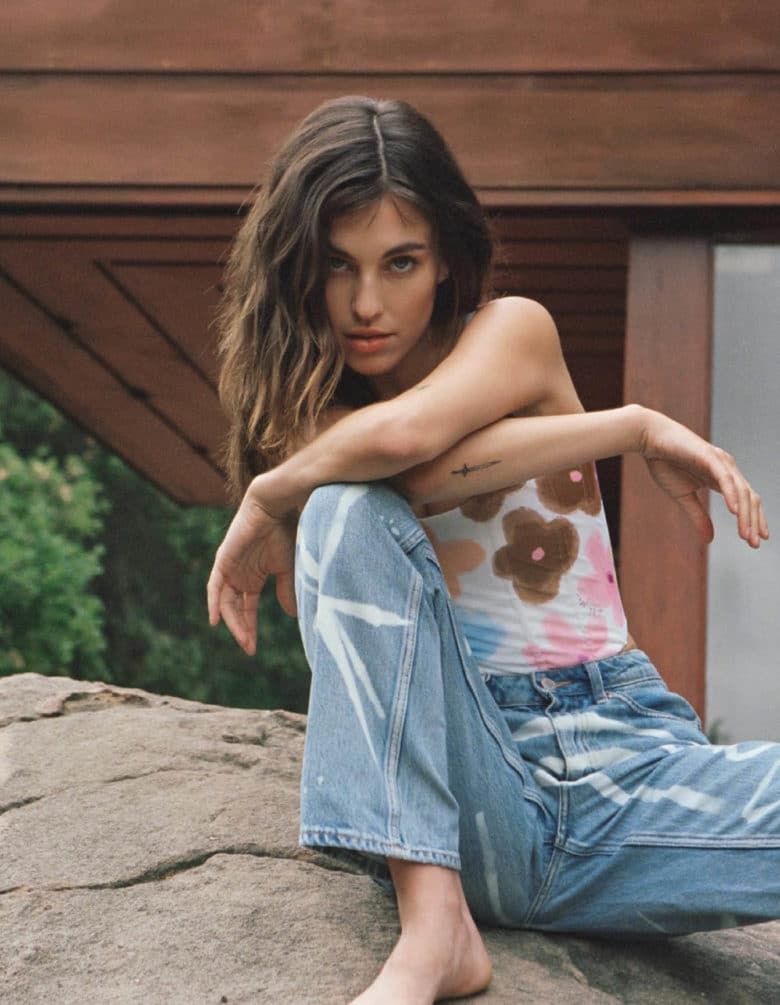 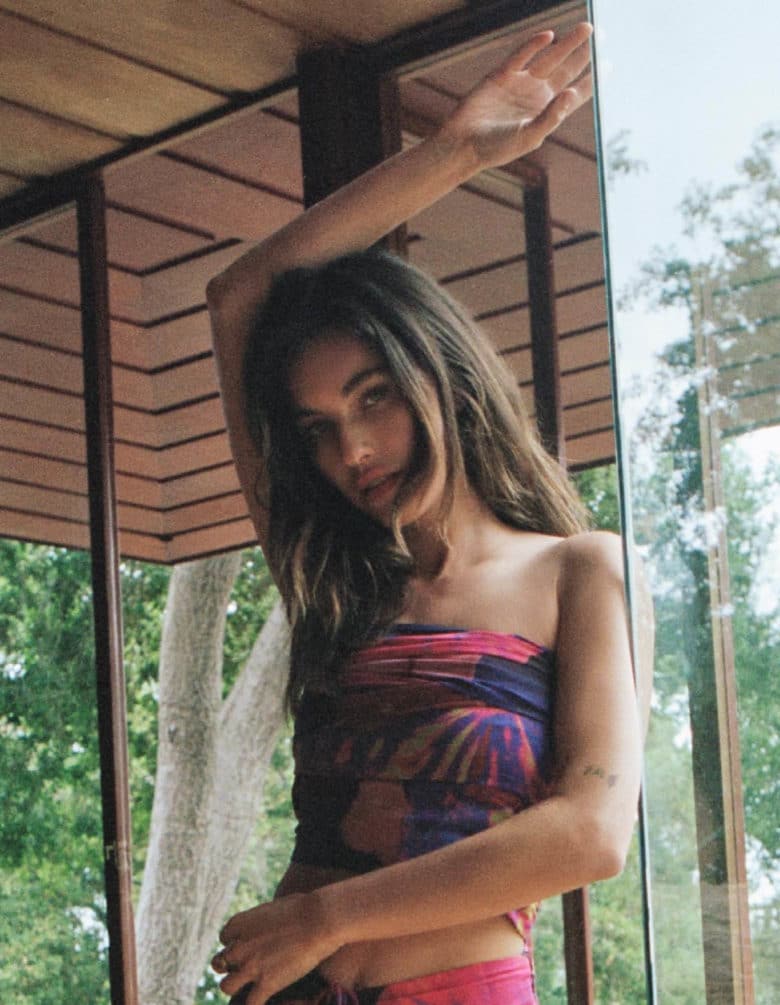 You’re obviously in a really happy relationship at the moment. How has that impacted your songwriting? When people are in love, they tend to have a ‘rose-tinted’ view of the world.

Yeah, I’ve written sooo many songs about my boyfriend. It was one of those things too, like early on, I said everything I was feeling in my songs, and then I’d be embarrassed for him to listen because I was so gushy and so in love, and just not playing it cool at all. But now, we’ve been together for a long time and we live together, so he knows how much I love him. I don’t really have to write about him all the time now. But he’s a big source of inspiration, definitely.

Obviously, you come from a family that’s dominated by female powerhouses — your mother is Andie MacDowell and your sister is Margaret Qualley. Is being surrounded by women something that’s important to you?

Yeah, definitely. My sister is my best friend in the whole world, and I’ve always been a typical “girls girl”. I love my girlfriends, my sister and my mum. Female energy and the female experience has just always been there for me.

How often do you go to them for advice when it comes to acting?

Shut In is coming out soon. It’s a dramatic role where you’re playing a mother who is being held captive with her two children by her abusive ex. What did you do to prep for that role?

When I’m prepping for any role, I do a lot of research. I also read and re-read the script to find all the treasures that indicate something about the character. In this case, the character is also a recovering addict, so I watched a lot of interviews with former addicts and spoke to people who have fallen into addiction. I had to delve into that role as much as possible. And I also love animals and children. So it was helpful that there were a lot of aspects of mothering and motherhood in the film. As soon as there’s a little girl or a baby in your arms, you just have the instinct to protect them.

Where is acting fitting into your life now? Your musical work is under Rainsford while you act under Rainey Qualley. Do they ever feel like two different personas?

When I was first started making music, I had people putting pressure on me to choose between acting and music. At that time, I felt like I had to differentiate and make that separation, but now, I’m a bit older and I’ve been doing it for a while, so I think that’s silly. People are capable of doing so many things. I don’t want to limit myself in that capacity. But I also think it’s nice to give myself space as an artist musically to do whatever I want. Rainsford is my full name, but having a bit of separation and an artistic bubble called ‘Rainsford’ works for me.

I’m guessing, right now, acting is more of a day job and music is more of a way for you to express yourself artistically and emotionally?

I really love them both. With acting, you have to wait for someone to cast you. So you are essentially not allowed to work unless you are chosen —  it’s not self-motivated. But with music, I can write a song and just do it. That’s great for me. When I’m not doing one thing, I like to do the other, and that way I’m always occupied. I really like to be busy and productive. Just firing, and not like, trapped.

I was really looking forward to performing, but now with Omicron… I don’t know. But hopefully, I’ll be back in the next few months. Especially with new music, having the audience’s reaction and hearing them sing the words back to you is such a compelling experience. I mean, I just love to sing, so that’s always on the plan for sure.

“Brutal” is available to stream now. You can also check out this week’s HUNGER playlist, curated by Rainsford. 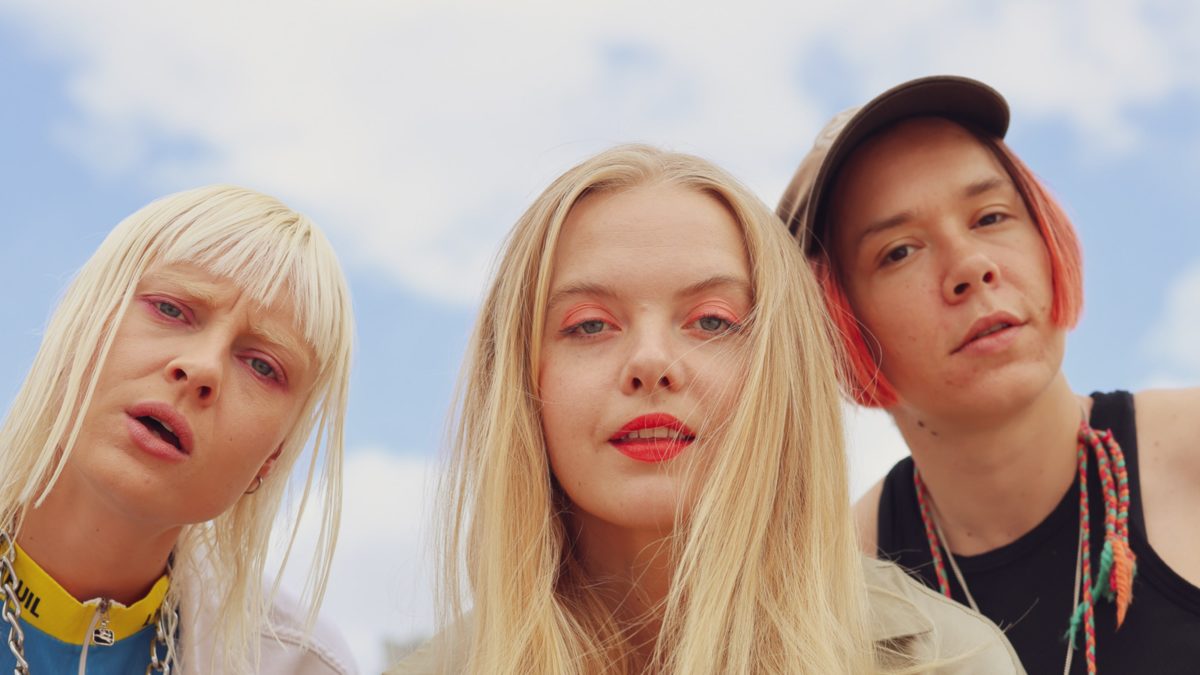 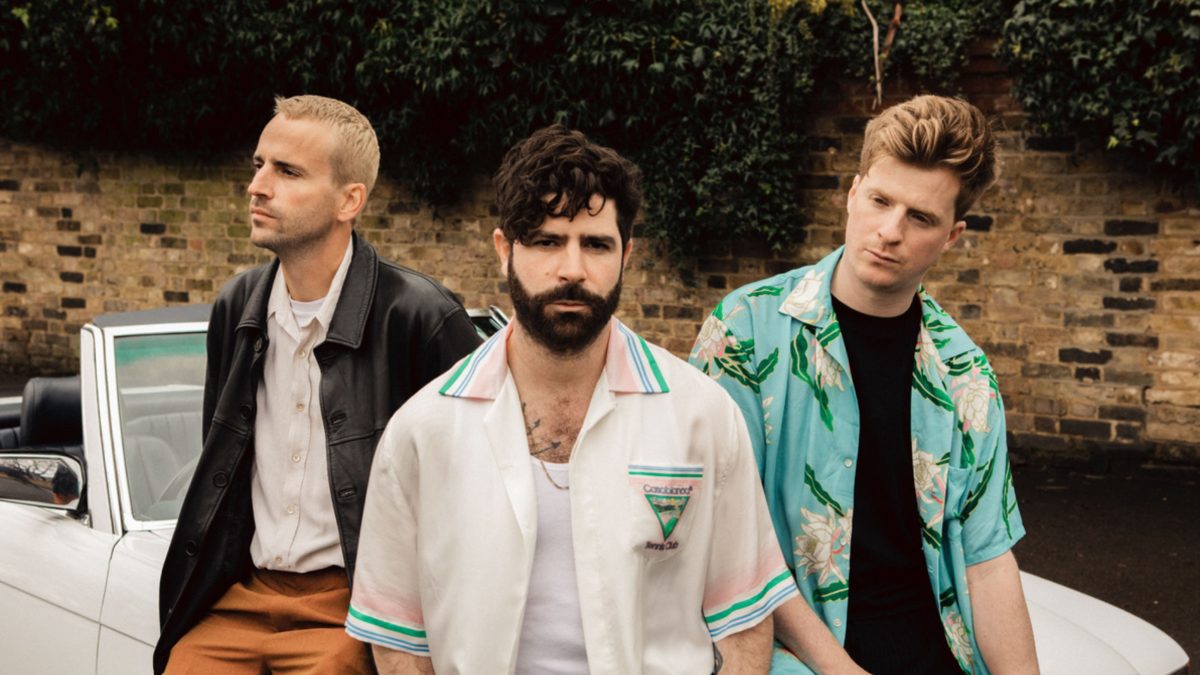 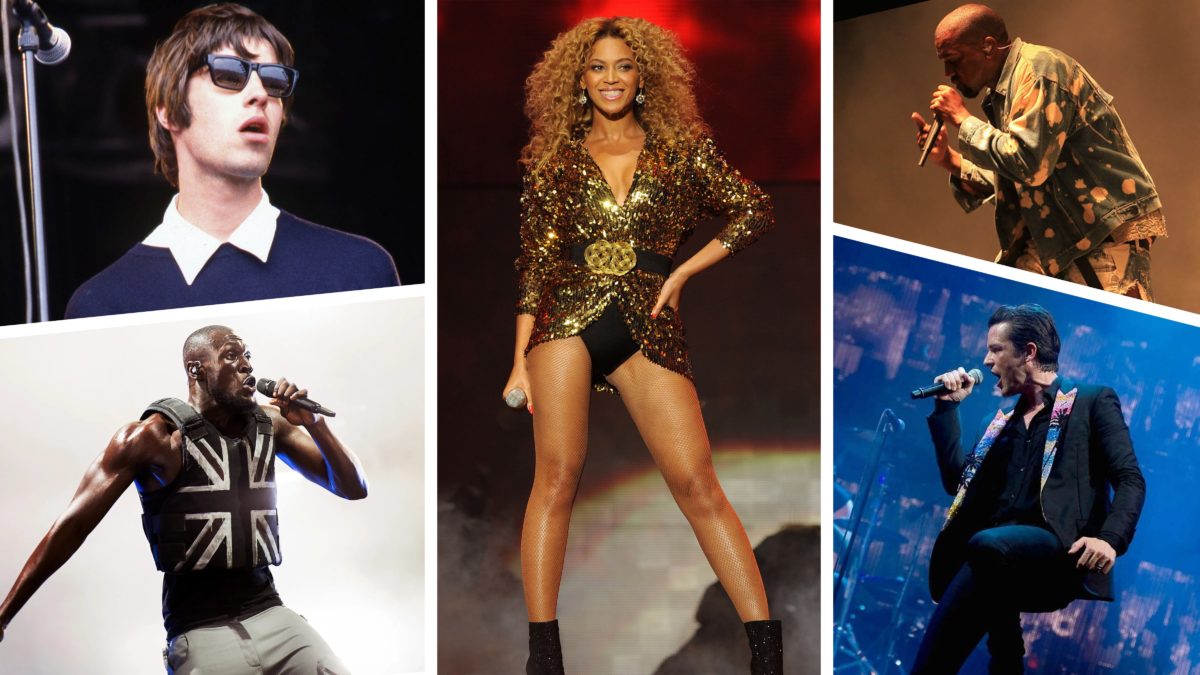