Well, someone just spent more than $200,000 on a pair of old Birkenstock sandals owned and worn by the late Apple co-founder Steve Jobs – setting a record for the highest price ever paid for a pair of sandals at auction, according to the auction house.

Sold via Julien’s Auctions, the shoes are a pair of brown suede Birkenstock Arizonas, which were expected to make more than $60,000. The final bid was $218,750, with the sandals being sold alongside an NFT – a 360° representation of the sandals. 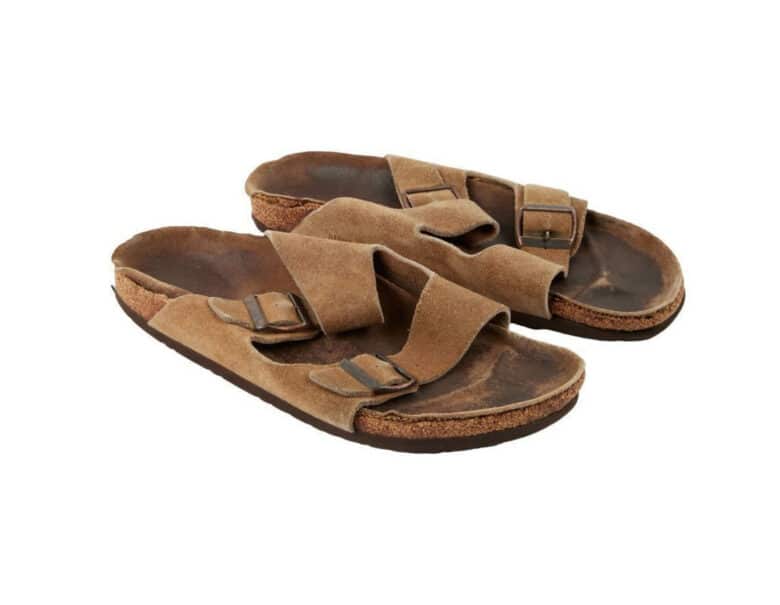 The sandals are described to be “well used” and “intact” and were previously owned by Jobs’ estate manager Mark Sheff – who once told Business Insider that Jobs “kept very few things.” He added, “We kept some, shared some with the landscapers and friends and brought some to Goodwill. The collection we ended up with is quite random.”

In addition to the Birkenstocks, other items that were up for sale back in 2016 included a Seiko watch, which went for $42,000, and a black leather jacket, which was sold for $22,400

“The cork and jute footbed retains the imprint of Steve Jobs’ feet, which had been shaped after years of use,” the auction house wrote of the shoes, which were sold as part of its “Icons and Idols: Rock ‘n’ Roll” public sale featuring memorabilia, clothing, jewellery and more from famous figures such as Elvis Presley, Kurt Cobain and John Lennon.