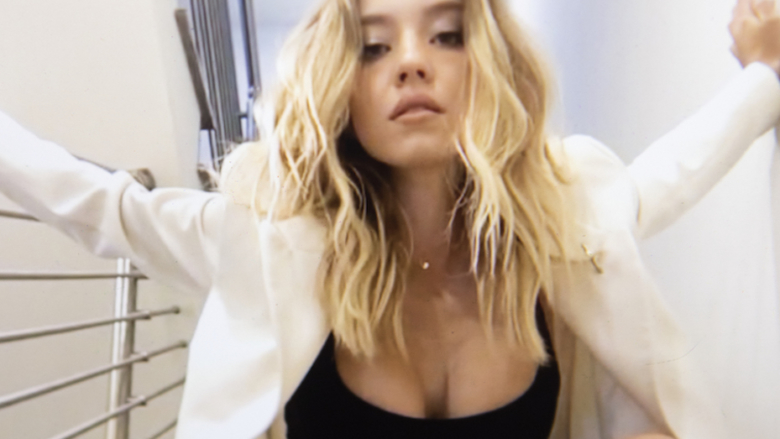 If staying indoors has finally given you the chance to catch up on all the best award-winning series to come out of recent years, it’s likely you’ve seen Sydney Sweeney’s face at least once. The actress has appeared in The Handmaid’s Tale and Sharp Objects, but she is best known as Cassie in Euphoria, the popular blonde who is portrayed with more shattering complexity than high school dramas usually allow for such characters.

“I enjoy trying out different lives,” Sydney says with a shrug. She chooses roles that challenge her, that take her to different headspaces and different worlds. However, there’s one thing her fresh-faced, fallen angel-esque characters all have in common, whether she’s playing a Manson girl in Tarantino’s Once Upon A Time In Hollywood or a child bride in The Handmaid’s Tale. They’re all lost somehow and still figuring life out. That makes them relatable to viewers in their teens and twenties, but it’s hard to imagine Sydney herself in the same position. She’s always been headstrong, ambitious and determined as hell. Aged 12, the actress made a PowerPoint presentation with a business plan persuading her parents she was serious about acting. It worked, and the rest is history.

Her ambition is far from slowing down. Instead of putting work on pause altogether in lockdown the 23-year-old launched her own production company, Fifty-Five Films. “Still being able to work on something helped me get through quarantine,” she says. For her first production project, Sydney is executive producing The Player’s Table, a TV series in which she will star alongside Halsey.

Below, Sydney tells us about getting into character, her latest movie Nocturne and what she’s been up to this year. 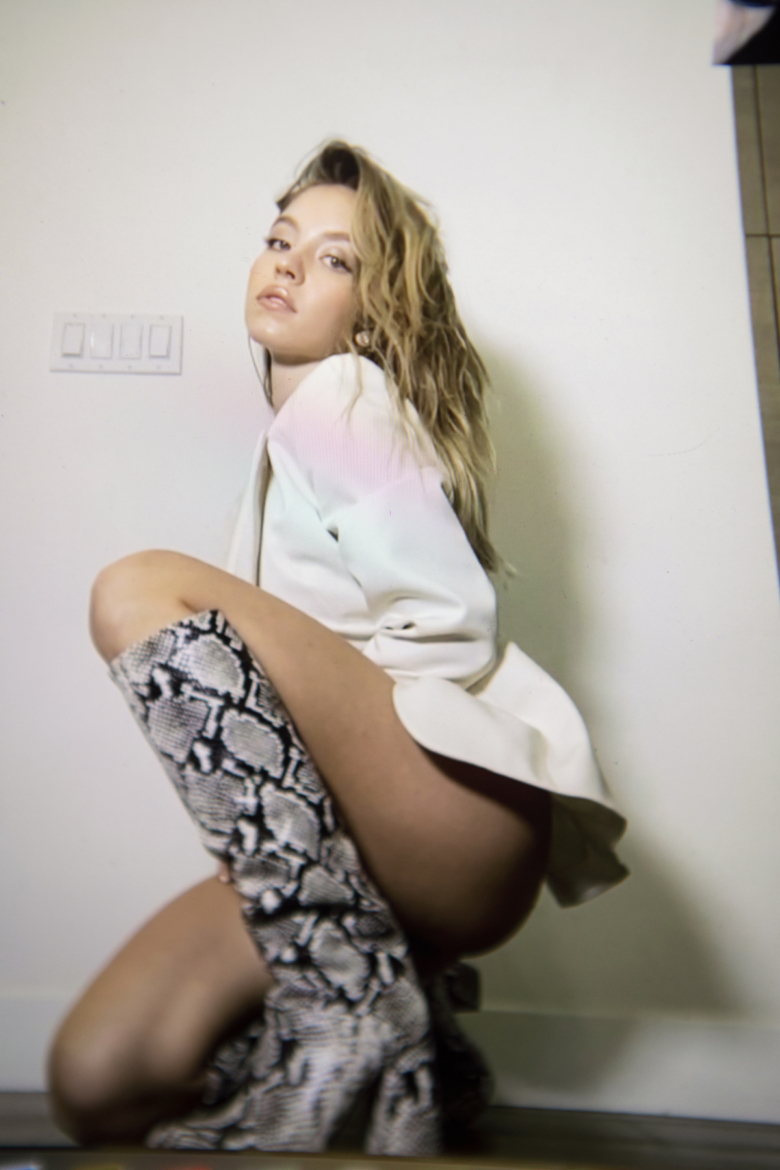 Firstly, how has this year been for you? What have you been getting up to in isolation?

I’ve had good days and bad days. There are days where I really enjoy being able to snuggle my dog endlessly and then there are days when I was just losing my mind and wanting to go back to work. I mostly hang with my dog. We go on crazy long walks now. We average six miles a day these days. I watch a lot of TV.  I read a lot of books too.

You’ve been working virtually non-stop in recent years. How have you been feeling emotionally this year having had to slow down and take a break?

It was definitely difficult. I had some set withdrawals but I started my own production company called Fifty-Fifty Films and being able to develop projects and, in a sense, still work helped me get through quarantine.

Your new film Nocturne is a psychological thriller about the bargains and sacrifices we make for success. What initially attracted you to the project?

When I first read the script it reminded me of Black Swan. It had Black Swan-esque vibes to it and I’m a huge fan. I think Natalie Portman’s incredible. I wanted to do something that was completely different from my character Cassie in Euphoria and I felt Juliet was that. She struggles with a lot of her own demons and there are a lot of mental complexities to her so I wanted to challenge myself and portray that.

I heard that when you take on a new role you create character books to help you get into character. Could you tell me about that?

Yeah, so these books are basically like a journal diary map to all of my characters from the day they’re born until the first page of the script. I take everything I can from the script and then I build and fill in all the gaps about why she is the way she is today and what memories led her to hold herself the way that she holds herself or sit the way she sits. It’s just like this really cool, creative development process to build a person. Just like we are all people with different memories that create who we are today. I take the same approach to a character. 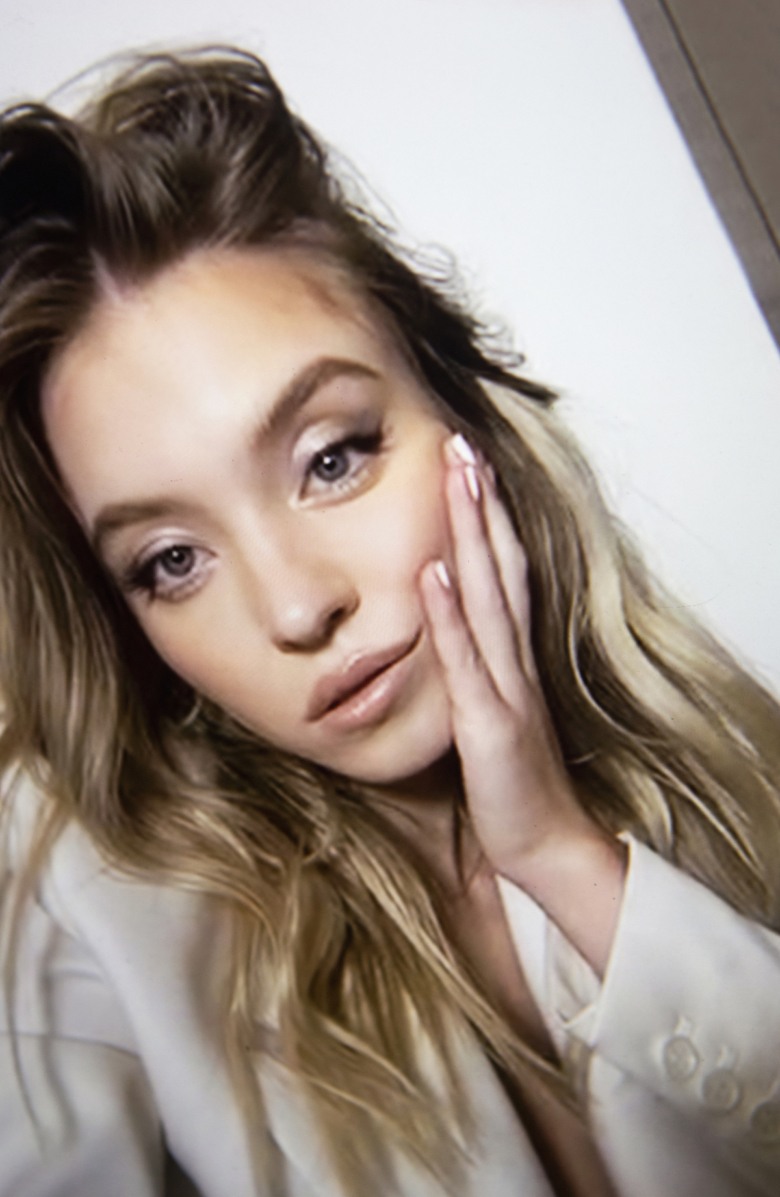 How did you come up with that method? Did you keep a journal yourself as a teenager?

I would always try to make my own diaries and journals but I could never get into it which is weird. I would always just imagine the characters when I was younger and then I started writing it down slowly and it progressed into what it is today. I’m very artsy and I love arts and crafts so I put my own love into each of these books.

As an ambitious person yourself can you relate to the lengths that Juliet goes to in Nocturne and have you had to make any sacrifices for your own success?

Yeah. I feel that there are a lot of similarities. The whole film is a metaphor for the arts and how we give so much of ourselves and our time and life to our craft and we sacrifice other parts of our wellbeing for it, whether that’s social life, love life, anything that would take the place of the ambition that we put into our work. In terms of personal sacrifices, I pulled my entire family from where we’re from. They had to sacrifice the life that we knew and our beautiful home and come to a very, very expensive place to live. We had to sacrifice our own wellbeing and it kinda tore everything apart so that was difficult.

Do you always sympathise with the characters you play?

I think it’s important to find empathy towards your character but I try not to have feelings towards my characters. It’s more like this is another person I can lock away in a book. I used to get so close to the characters, especially before auditions. Then if I didn’t get them it was the most heartbreaking thing ever because I felt so devoted and tied to this character that I wanted to bring to life and dive into more and it would just tear me apart. I try to separate myself and look at them as this character in a book that I can open up and jump into and then close when I need to.

What do you hope that viewers take away from Nocturne?

Well, I hope that they don’t try to get possessed by the devil! I think there are two messages in the film. It can either be truly a psychological thriller and you believe that Juliet was possessed. Or you can take away that you do sacrifice so much for your dreams and sometimes it can destroy a person. 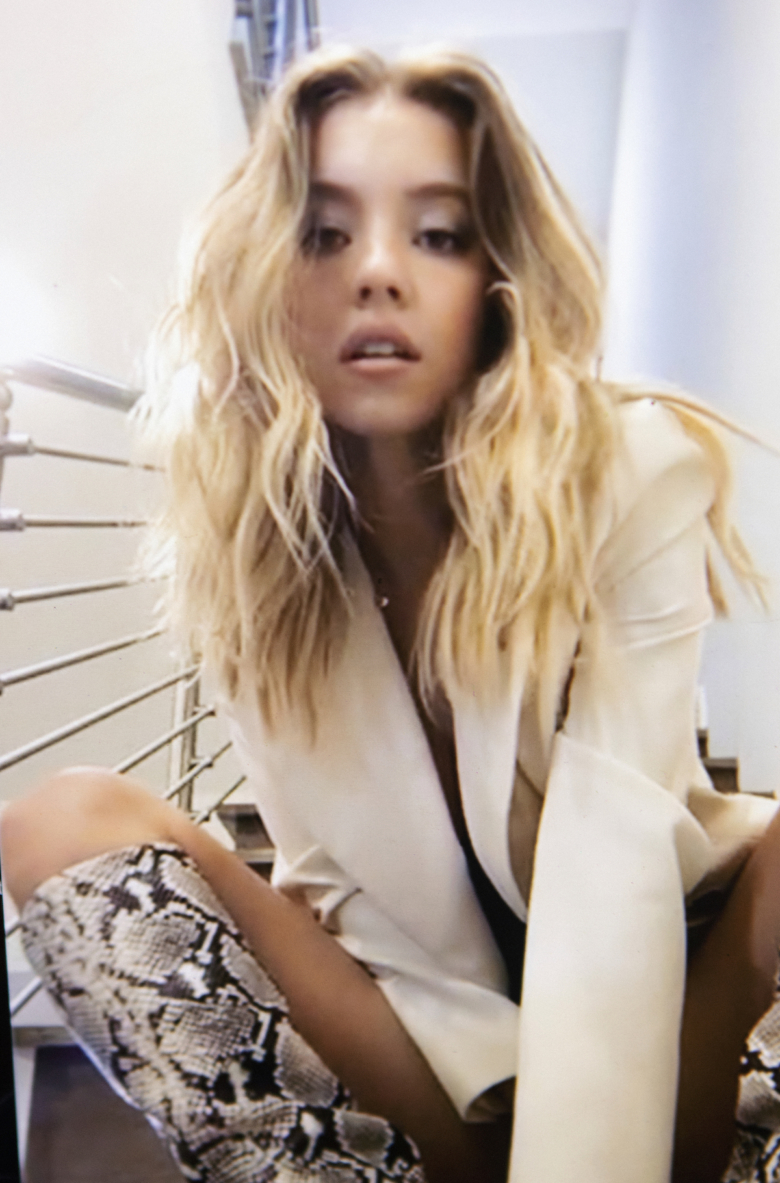 Nocturne is director Zu Quirke’s first feature-length film. What draws you to working with young up and coming directors?

I’m very passionate about Blumhouse and Amazon working with emerging and diverse filmmakers so being a part of that programme was really cool as well as being able to help guide Zu and create this first project with her. I love the rawness and the new ideas that new directors bring to the table because they haven’t been on tons of sets. A very experienced director is amazing as well. Both are great but a new filmmaker is amazing on their own level because they bring an open mind to the table.

How do you choose the roles and projects you want to be a part of?

I try to find things that are completely different from one another. I don’t want to play too many of the same characters and I like things that challenge me. If something scares me or I get nervous, I usually try to get it because I think a challenge is the best way to succeed.

You have played such a diverse range of characters already but your most recognised role has been Cassie in Euphoria. I read that you receive some pretty gross messages from men on Instagram, particularly about your scenes in Euphoria. Do you feel that people make assumptions about you based on your character Cassie?

Yeah, I think so. I think sometimes it’s hard for people to differentiate me from my characters and because Euphoria and Cassie became such a big thing, they’re like oh wow, she just sells herself on that when literally two months ago I was nominated for a SAG Award from The Handmaid’s Tale. People aren’t able to look at the characters and people as separate sometimes. Honestly, I can’t really let it affect me. I just go on. It’s like whatever.

Finally, how has your life changed since appearing in Euphoria?

Honestly, I’m quite a homebody so I don’t really know that the outside world has changed much for me, but I’m definitely more fashion-forward now. I grew up in the middle of nowhere and didn’t really have the means or access to fashion so Euphoria introduced me to the fashion world. Other than that, I just have a bigger network of connections.

Nocturne is out now via Amazon Prime Video. 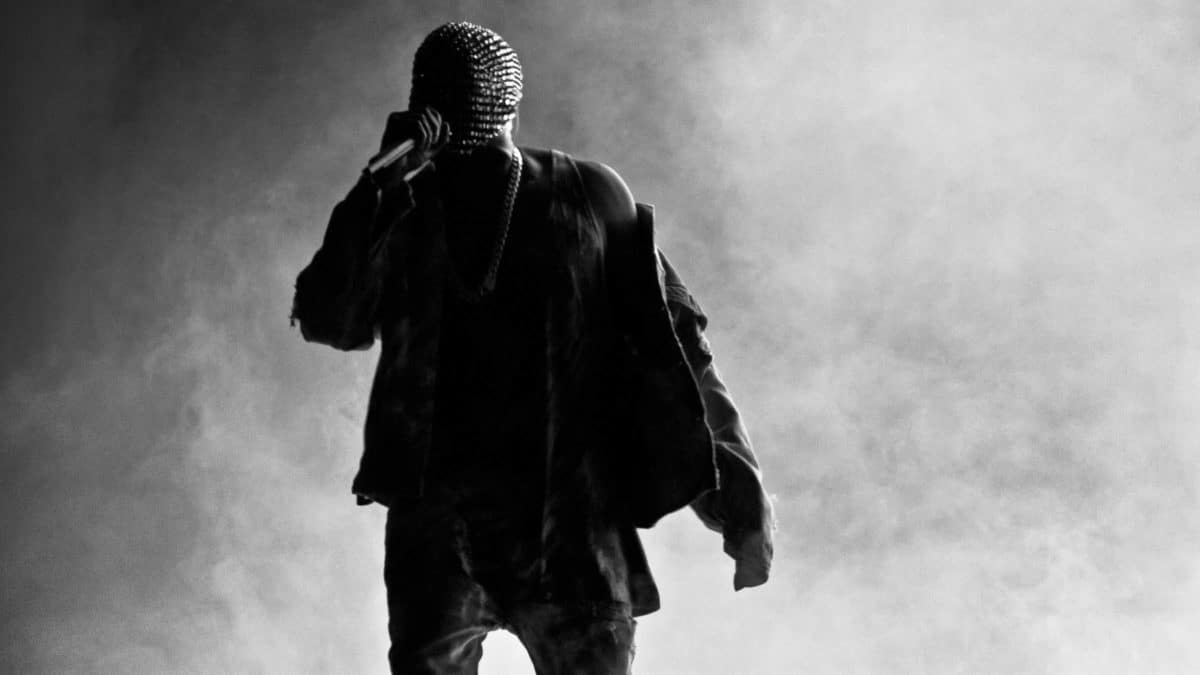 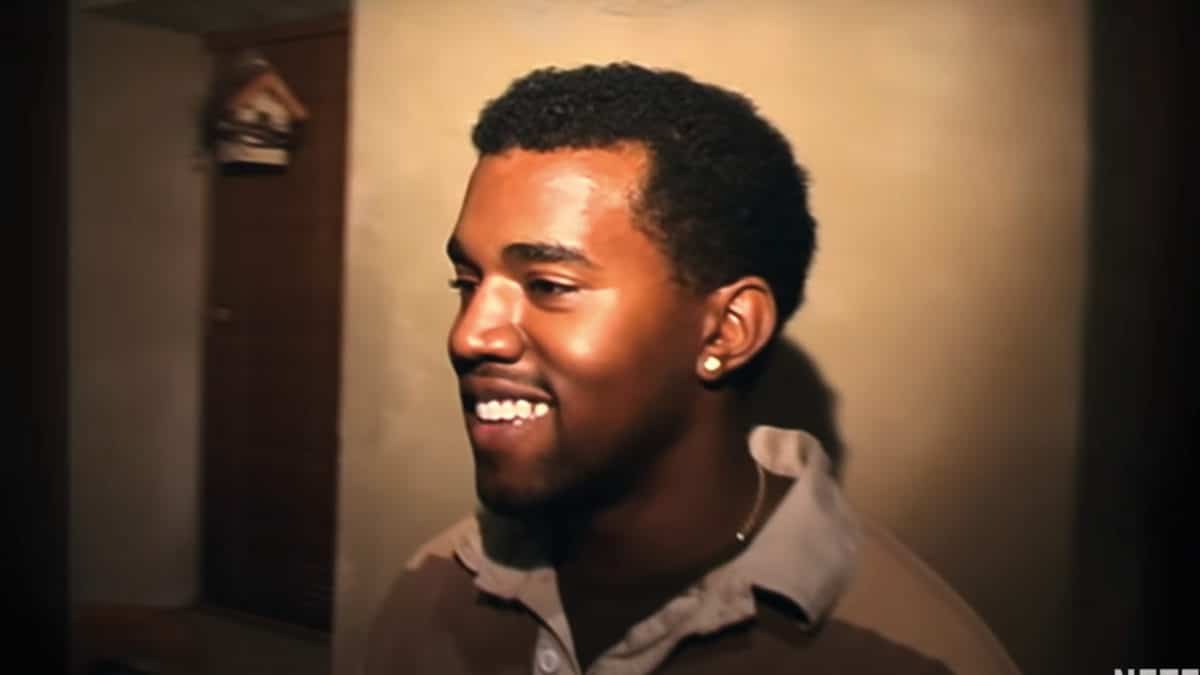 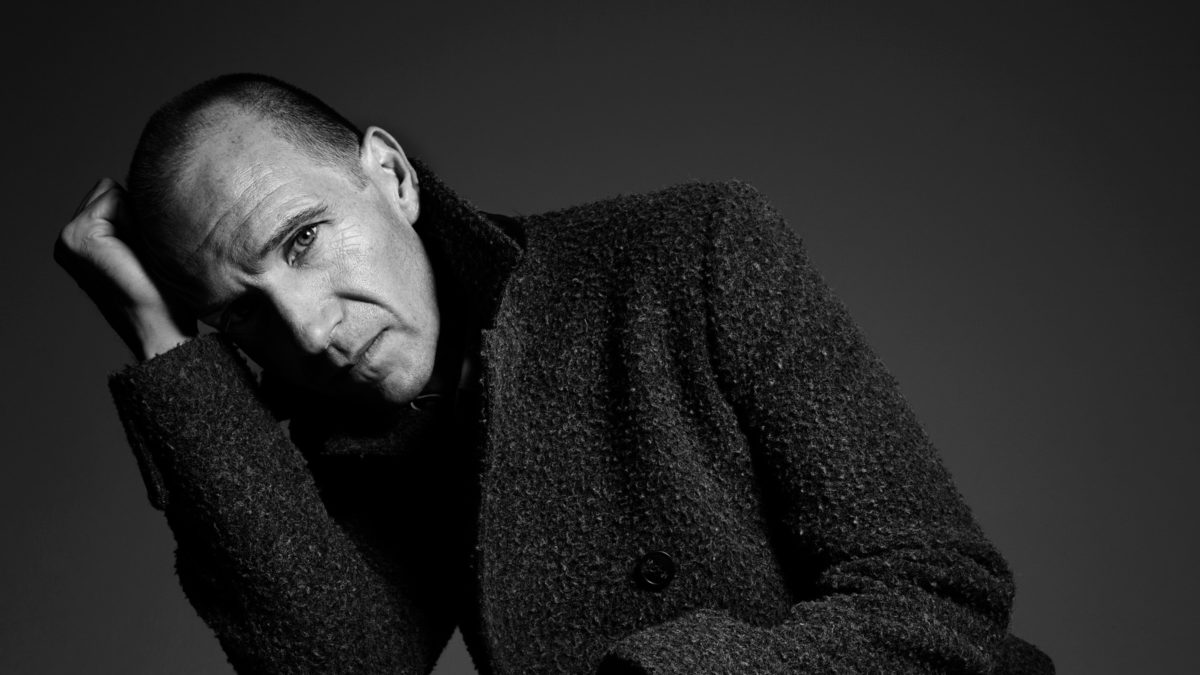 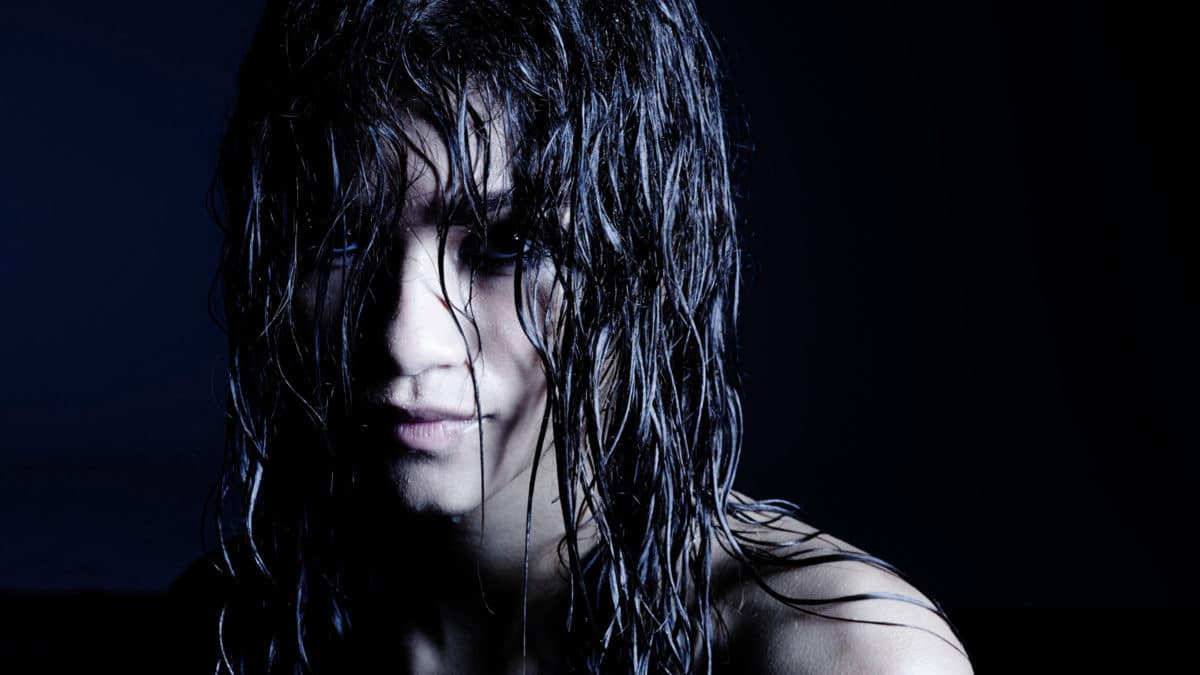