Just like Christmas or another Government fuck-up, Love Island has become an unspoken pillar of contemporary society. Every year, like clockwork, we’re treated to an increasingly bronzed, toned and tanned cohort of 20-somethings looking to strut their stuff and secure the next big brand deal. At 24, I can chart a large percentage of my summers against the Love Island agenda; there was the year I was interrailing and we watched Hayley grapple with the concept of Brexit or my first year in London when I reluctantly (not so reluctantly) dipped into Chloe and Toby’s antics every night just so I had something to talk about at the office. It’s sunk its sun-soaked claws in everywhere, even crossing the Atlantic onto US soil and into the storylines of Euphoria – who can forget Rue’s Love Island depression spiral? However, as this summer rolled around and yet another season has been shoved into our collection cranium, something about the hyper-polished, hyper-scripted show seems especially stale.

For a format that was once unexpected and entertaining, it’s now overplayed, predictable and frankly, boring. Eight seasons in, we can only suspend so much surprise and disbelief as yet another fuckboy sucks a tit at Casa Amor, succumbing to “the test” of a bleach-blonde in an overly complicated neon bikini and red lip. Despite the eye-rolls and audible theatrics, even the twists and turns are now run of the mill – was anyone remotely surprised when Gemma’s ex rocked up or when Davide and “Oscar-deserving” Ekin-Su recoupled? It certainly didn’t seem it. Even the seemingly stable relationships appear calculated; it’s a simple transactional agreement to be the last couple standing, dissolving into nothing after the finale, despite the constant chorus of “we have a real connection”. Every post-recoupling chat is now destined to follow a preplanned script of Instagrammable catchphrases and meaningless idioms. Whether it’s intentional or not, utterances of “it is what it is” and “not my type on paper are so ingrained in our collective psyche that no one is safe from the pitfalls of these empty phrases. While this repetitive fate isn’t unique to Love Island, by the very nature of the clone-like contestants, it seems even more inescapable. In the era of “Instagram Face” and I Saw It First co-ord sets, it’s hard to tell the contestants apart, they’re no longer characters but simply physical embodiments of social media stats playing out storylines we’ve seen countless times before.

In reaction to the perfect bods and pimped-out villa, I found myself craving a dose of chaos and noughties nostalgia, leading me to the blueprint, the archetype — Big Brother. As a 1998 baby, I was too young to appreciate the show in its heyday, more interested in Polly Pockets and ponies than Pete Bennet and Jade Goody. However, in my cynical, social-media-addled state, a dose of the unhinged energy of the early aughts was just what the doctor ordered. Interest piqued, I turned to YouTube, one click and three hours later, I was enveloped in this strange, vaguely familiar world that I hadn’t been sentient enough to appreciate. A pioneer of the era, Big Brother was the first of its kind, paving the plastic runway for the likes of Love Island. However, unlike its sexed-up descendants, it held no premise of polish, the undone, unscripted nature of the show adding to the unhinged allure – the ‘prison-camp decor’ a far cry from the all-plastic interiors of Palma de Mallorca.

In the era of “Instagram Face” and I Saw It First co-ord sets, it’s hard to tell the contestants apart, they’re no longer characters but simply physical embodiments of social media stats playing out storylines we’ve seen countless times before.

Equally unhinged, are the contestants. Ordinary in size and stature, they were simply normal people, sailing into unchartered territory in spite of the rolling cameras. It was untrodden ground and they weren’t there to play games – the code hadn’t been cracked.  It was a time before we’d established the get-rich-quick normie-to-influencer pipeline that Love Island has made all too familiar and even Nasty Nick’s ‘dastardly ways’ and Nikki Grahame’s erratic outbursts seem pretty inoffensive. There was a sense of authenticity and a lack of awareness – an attitude which seems all too alien in our hyper-aware,  post-ironic world in which everything must be turned into a quip or a punchline.  It’s no secret that we’re all sick of social media, with Big Brother providing the perfect antidote through a combination of chaos and spontaneity. There was no need for scripting when contestants were unaware and unselfconscious, living in a literal and metaphorical bubble with no perception of how they were being portrayed to the public. Nowadays everything is a persona, whether influencer or mere mortal, we all exist as avatars of our own creation. The beauty of Big Brother lay in the humanity, it was like watching wild animals stuck in a zoo rather than show ponies who’d been training for the spotlight their whole life.

What recently gripped me (and the masses) was the joy of watching the mundane play out in real time. In an era where we’re constantly subjected to everyone’s highlights reels at any given moment, it seems oddly endearing to watch contestants participate in the ‘cardboard box challenge’, requiring them to simply sit in the box for as long as possible with the promise of a luxury meal or phone call being the only incentive –  the unpretentious, almost primary school nature of the task adding to the unique appeal. Watching early Big Brother contestants mow the lawn and make cups of tea feels oddly gripping, so perhaps it’s no surprise that Curtis’s “I want to be the one who makes everyone a cup of tea in the morning” outburst, was one of the most memeable Love Island moments of recent years. Curtis and Amy aside, it’s these sincere moments that the show is missing and Big Brother provides in troves – the seemingly simple, almost slapdash nature of its early seasons indicating a genre in its infancy, feeling its way through while unaware of its unique appeal. If Big Brother is a bumbling, babbling toddler, Love Island is the sulky, self-aware teen dabbling in their first forays of the male gaze, not quite sure whether they’re objectified or empowered by the sudden wave of attention.

Aside from simply entertainment, reality TV is now big business and a concrete career path. While I’m reluctant to side with the Karens and Boomers of this world, something about children dreaming of being bikini-clad Love Island winners doesn’t sit right with me. Even in my lifetime, the arch from popstar to Pretty Little Thing ambassador has crept up with inescapable force and I can’t help feeling it’s all a little soulless and insubstantial. Exploring this murky interplay,  the New York Times says, “Reality TV is part of the atmosphere. It is an entertainment genre and lifestyle, career path and political philosophy.” The blurred boundaries of performance and reality are culminating in a confused yet calculated atmosphere, leaving us desperately seeking the chaos and spontaneity of yesteryear. Maybe it’s from watching too many episodes of Black Mirror but it’s hard to escape the dystopian feeling that comes from tuning in to see bronzed, toned guys and gals battle to the social death for the next big hashtag sponcon every night and, perhaps, a little dose of unhinged early aughts energy is just the balm we need to soothe our weather-beaten brains. 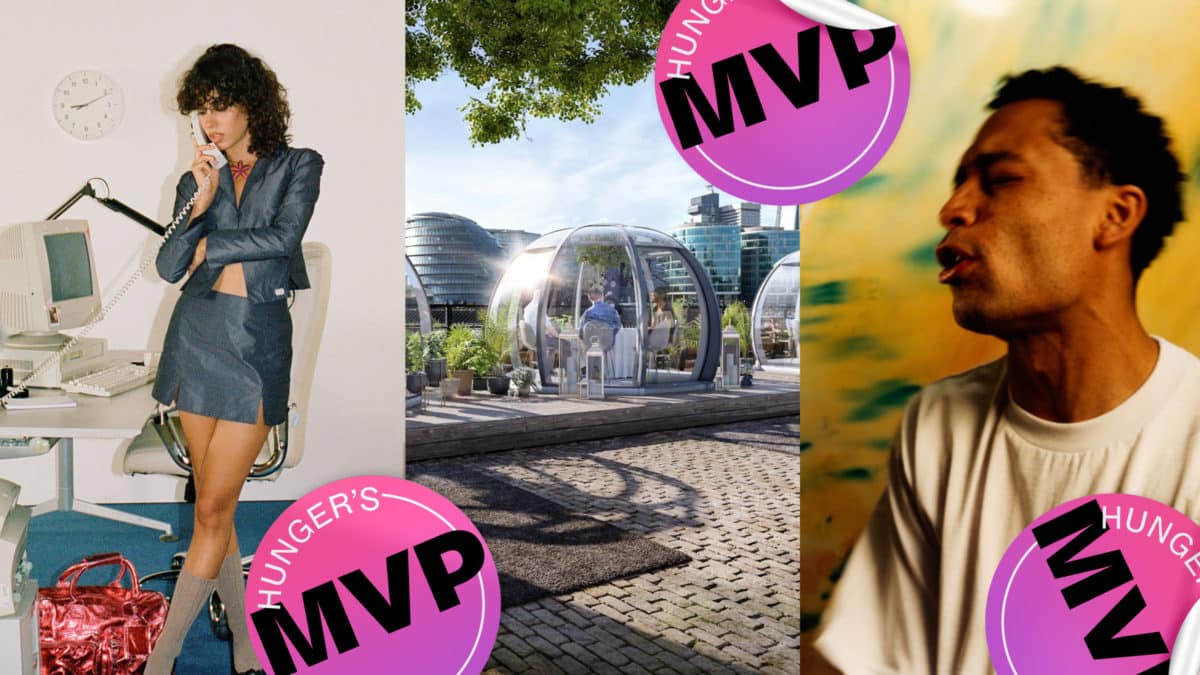