The Anna Wintour behind the iconic sunglasses and bob is an enigma that many have tried to crack. There’s been The Devil Wears Prada, of course, The September Issue, and Jerry Oppenheimer’s 2005 biography, but it’s Amy Odell’s recent title, Anna: The Biography, that provides the most definitive account of the Vogue editor-in-chief so far. The journalist started working on the book back in 2018, despite people close to the 72-year-old warning that it would be “shut down”. Instead, a year and a half in, Wintour — who declined requests to be interviewed herself — personally offered up several contacts to Odell. Describing the project as a real labour of love, the author interviewed over 250 sources and even went so far as to delve into letters from Wintour’s father, Charles.

Sure, there’s salacious gossip and all the expected quirky anecdotes (Wintour eats a Caprese salad without the tomatoes, didn’t you know?) But there’s also a focus on the surprisingly chequered career that preceded her becoming the biggest name in fashion, as well as an examination of her enduring power and influence, which Odell says shows no sign of waning. As she tells me: “Wintour’s success isn’t just unusual in fashion or magazines, it’s unusual in any category of business. Her longevity has been extraordinary.”

Here, HUNGER speaks to Odell about her process, the surprises, and casting her assumptions about Anna Wintour aside. 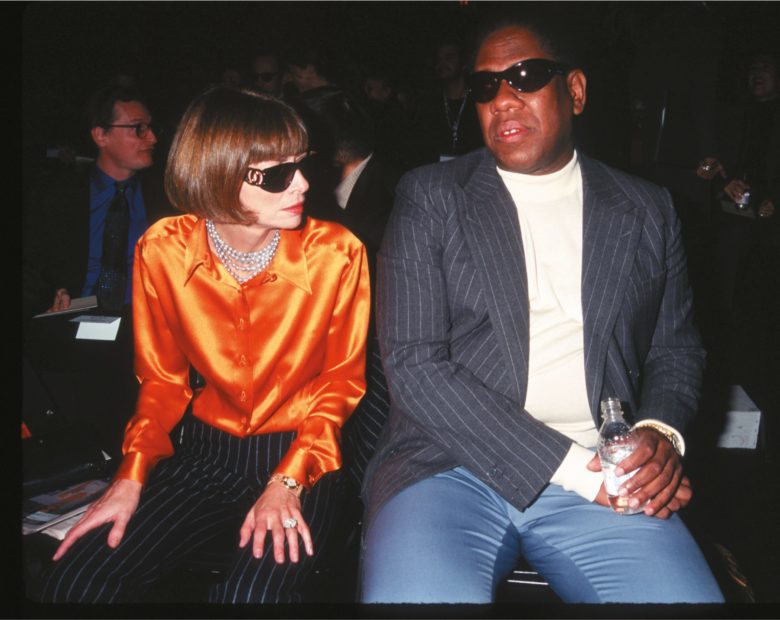 Why do you think we needed a new Anna Wintour biography at this point in her career?

I started the book in 2018, around her daughter’s wedding, and that was the time when there were rumours that Anna was going to leave Vogue. It was a huge story that obviously turned out to be incorrect, but it got people thinking about her in a new way. My publisher had the idea for the book and I thought it was a great idea, it gave me chills! I really thought the book was an opportunity to explore her power, her influence and her longevity. Her success isn’t just unusual in fashion or magazines, it’s unusual in any category of business. Jeff Bezos ran Amazon for 27 years, and Anna has been at Vogue for 34. If you look up the average CEO tenure, I think it’s less than five years, so her longevity has been extraordinary. And despite being in this public position for so long, she has remained an enigma. The book is here to explain how she got to Vogue, how she has stayed there, and who she really is behind the caricature many people know from The Devil Wears Prada.

What assumptions did you carry about Anna when you first started working on the book?

Like many people I had seen The Devil Wears Prada many times [laughs], it’s great entertainment, so I certainly had that image in my head. But as a biographer, you have to remove that from the equation and report what people tell you accurately. I was surprised to learn many things, like the fact that she’s a dog person, and all the stories about her as a grandmother. I knew she was a grandmother, but people don’t think of her as the type of woman who changes her grandchildren’s diapers. I was surprised to hear her described as a matriarch, she loves to host dinner parties for large groups of her friends and family at her estate in Long Island, for instance, and that she wants to be remembered not for her magazine work, but for her philanthropy. A lot of people who worked closely with her felt loyalty to her because they feel like she was a good boss, who handed out opportunities. They also said that she’s not threatened by the talent on her team and that she wants to hire people and let them thrive. I was also kind of surprised to come away with this understanding that she’s very much in a strong position in the fashion industry and other industries too. Many people can imagine her advising fashion houses on designer appointments, right, but she’s also doing that kind of thing behind the scenes for the entertainment industry. One example I give in the book is Bradley Cooper sending her the script for A Star Is Born before even Lady Gaga was cast, and one person told me her inbox is like Page Six because those kinds of people are always asking her opinion. I think this is what has enabled her to retain her power and influence. The thing about fashion today is that you don’t need to look at magazines like Vogue to know what’s going on, you can look at Instagram, YouTube… the list goes on. So I definitely came away with this impression that her power is very much there. 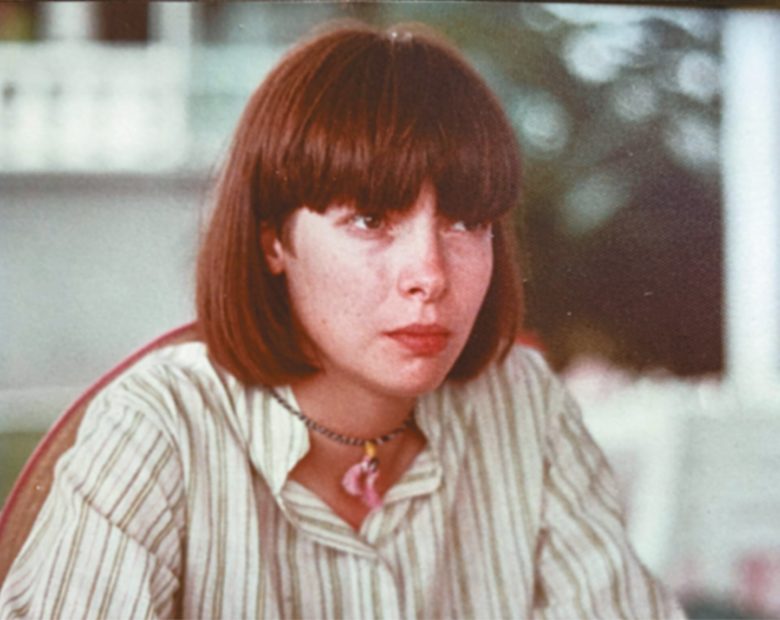 Anna on set in Jamaica while working at Harper’s Bazaar in 1976. Francois Ilnseher.

From what I’ve gleaned, she’s always cultivated this mystique — it starts with the bob and the sunglasses, but it’s more than that. When do those walls come down and who for?

She does let her hair down on the weekends. She’ll wear jeans, flats, no makeup and even throw a baseball around with her kids. There’s a scene in the book where she’s unloading the dishwasher, and her kids are trick-or-treating on Halloween… She’s a human being, who has a very abnormal life, but she does have normal moments with the people who are close to her. She’s also someone who compartmentalises. Stephanie Winston Wolkoff [the former director of special events for Vogue] told me that she went bowling with Anna and her daughter, and that she actually wore the bowling shoes and everything. They would have these friendly moments, but when they’d get back into the office, it was like it had never happened, and Winston Wolkoff wasn’t the only one to describe those kinds of interactions.

Initially, you worked without sources, but after around a year and a half, her team caught wind of the biography, and Anna actually gave you some contacts. Why do you think she did that — do you think it was motivated by a desire to control the narrative somewhat?

I can’t tell you what she’s thinking, but what I can say is that I interviewed more than a hundred people but the time I heard from her team. I did that because some people thought she was going to shut this down, and then other people who had worked with her said that they thought she was going to help me, and they turned out to be right. So I think that points to that mystique and duality that some people don’t understand about her very well. But the vast majority of reporting in the book didn’t actually have anything to do with her, and it is true that it did make it easier for some people to speak to me after she got involved in a limited capacity. But you can see in the book that her mistakes are not glossed over, and ultimately I think having people who are close to her helps to paint a fuller picture of who she is as a person. That’s the whole point of a biography, of course. 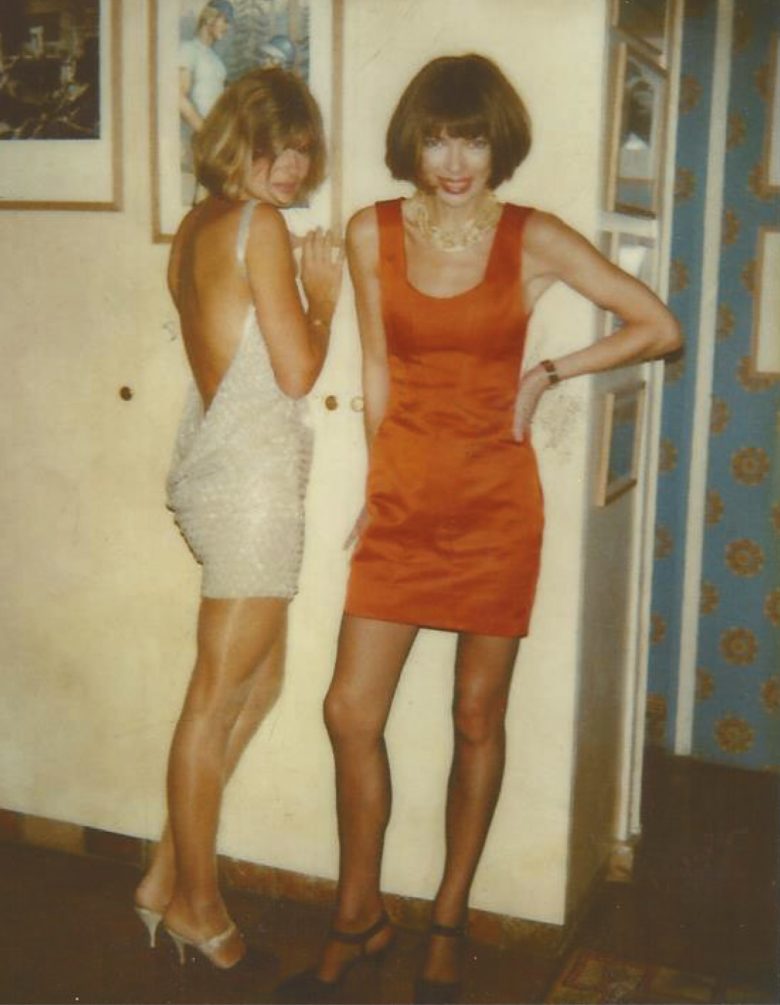 A Polaroid of Anna and
close friend Anne McNally,
taken in the nineties by Karl
Lagerfeld. Karl Lagerfeld 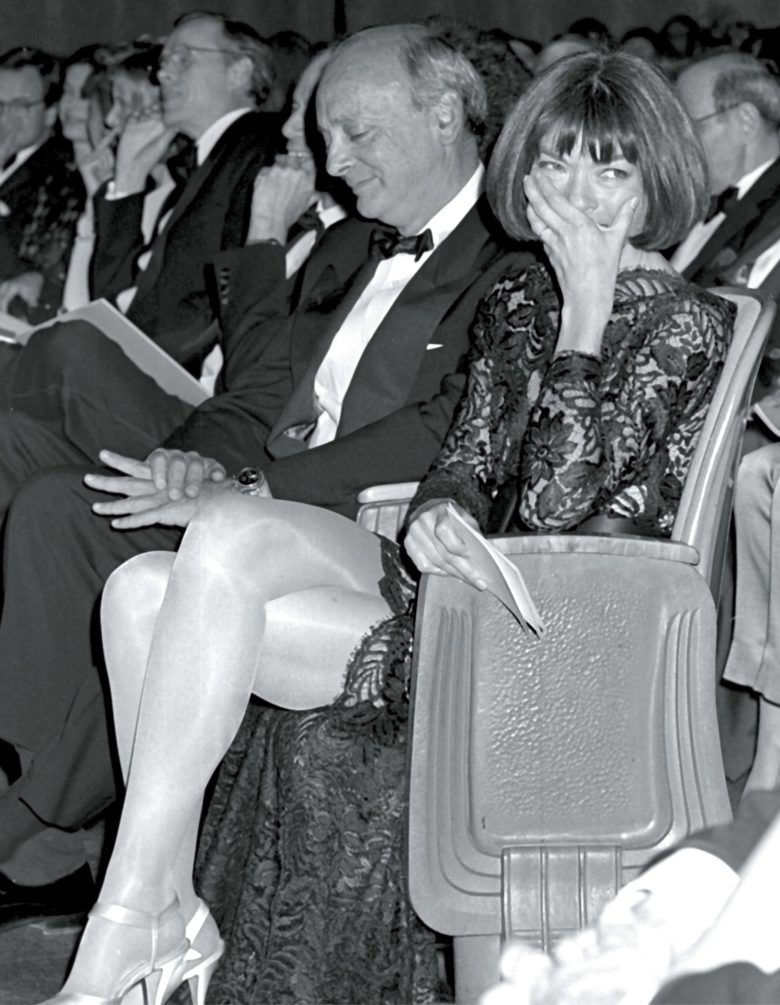 Anna seated next to
husband David Shaffer at
the CFDA Awards in New
York in 1991, where she
won editor of the year and
her ex-boss Tony Mazzola
was humiliated. Ron
Galella.

You also delved quite deeply into Anna’s younger years. What’s something that really surprised you about her from that time?

We have such a strong image of who she is, and today she strikes me as a corporate fashion executive type, but she was not always like that — she had to grow into it. In the book, we see her attraction to fashion from quite a young age. She grew up in swinging London, which was a very interesting time for fashion and culture. But when she started at Harper’s & Queen, she was much more risk-taking and out-there with her ideas. American Vogue now is known for its restraint and commercialism, but that doesn’t seem to be what Anna did at the beginning. When she moved from Harper’s & Queen to Harper’s Bazaar, that very creative approach really worked against her, and she was ultimately fired because that publication was trying to do something that was very relatable. It was a good lesson for her because she really evolved her tastes. So when you look at her spreads for Viva, you see this freedom and creativity there, but you also see her moving toward that editorial style that we associate with Vogue under her tenure today. It was interesting to see her evolve; she had to learn how to translate fashion for the average American person, which is what you have to do as the editor and chief of such a magazine.

And when did the bob and sunglasses start?

That started very early in her life, around her teenage years. One of her friends from childhood suspected that she preferred prescription sunglasses to the look of regular glasses. And the bob was a very popular hairstyle in 1960s London — tonnes of women had that style, and Anna just happened to keep it.

You’ve spent three years working on the book, so you’ve been very immersed in this Anna’s life — do you feel like you understand her somewhat?

100%. I feel like I understand her… very well, almost like eerily well. This was my first biography, and when I was researching how other biographers do their work, I read somewhere that you need to know your subject almost better than they know themselves. 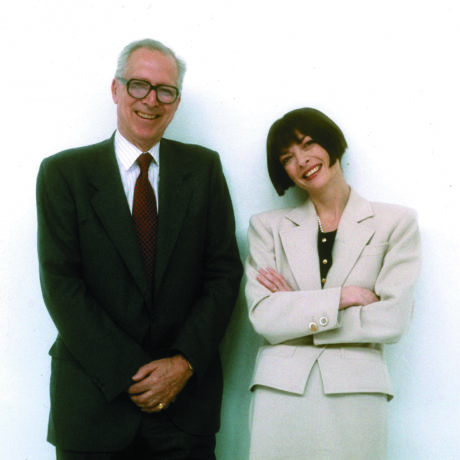 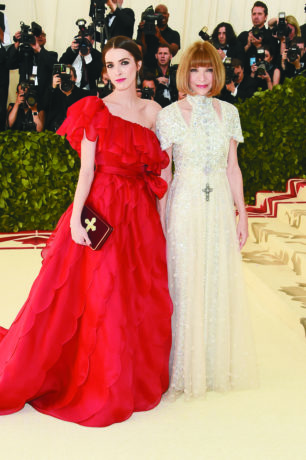 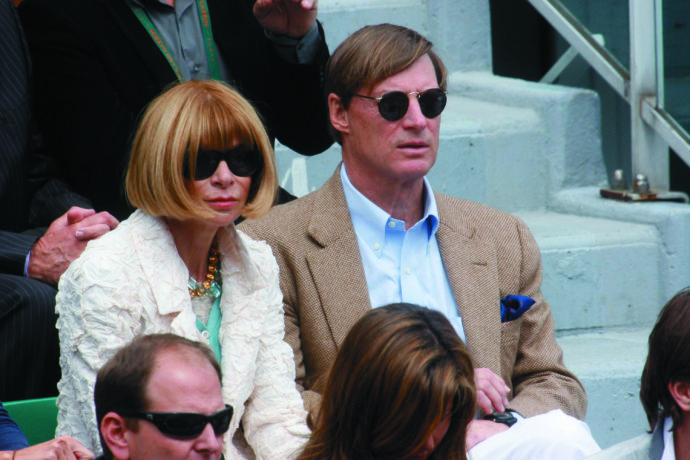 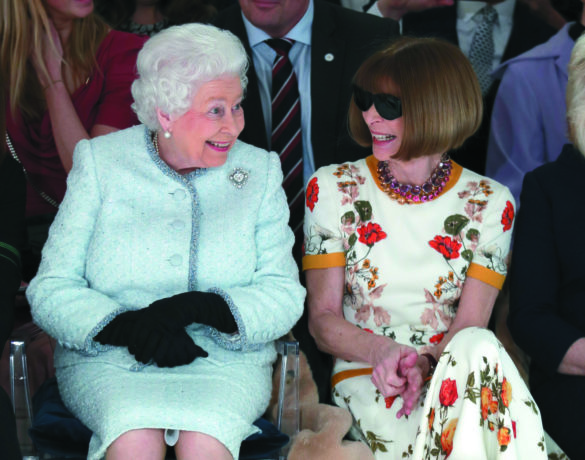 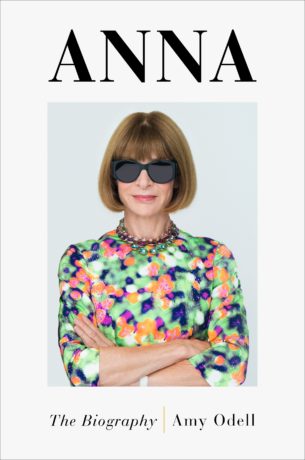 You must be dying to meet her…

Yeah. But she doesn’t like to talk about herself, so it’s hard to imagine that happening, and that’s probably why she declined several requests to be interviewed for this book. Her friends told me that she also doesn’t like to think about the past, she’s always moving forward and thinking about the next thing.

She’s also well known for her quirks — what was the strangest one in your eyes?

One detail that I loved is that she used to order a steak and a Caprese salad for lunch — but without the tomatoes. One of her friends told me that she doesn’t like vegetables, even though tomatoes are technically a fruit.

And as journalists, we have to kill our babies all the time. What’s one thing that you had to leave out of the book that you really wanted to include?

There’s one that really stands out in my memories. Anna’s office door is famously always open, and in the mid-90s, an editor describes seeing her sitting at her desk eating a hamburger with two hands. The individual then went in and rattled off a list of ideas, and at the same time, Anna literally said ‘no’ to every one of them. 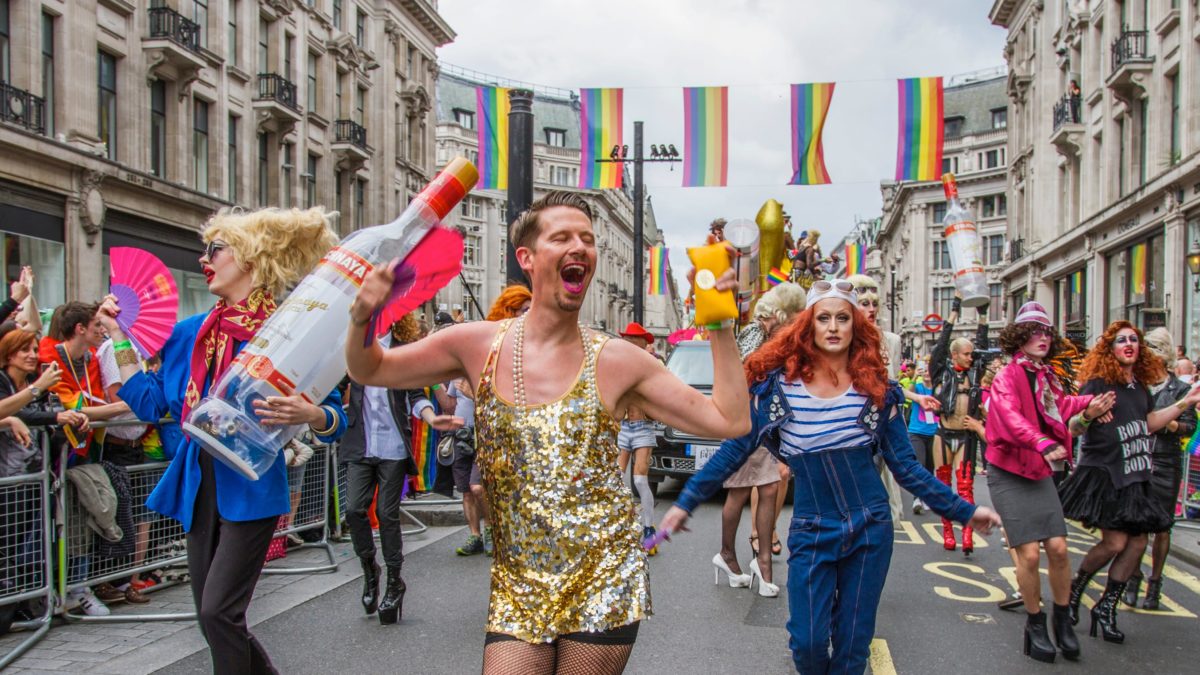 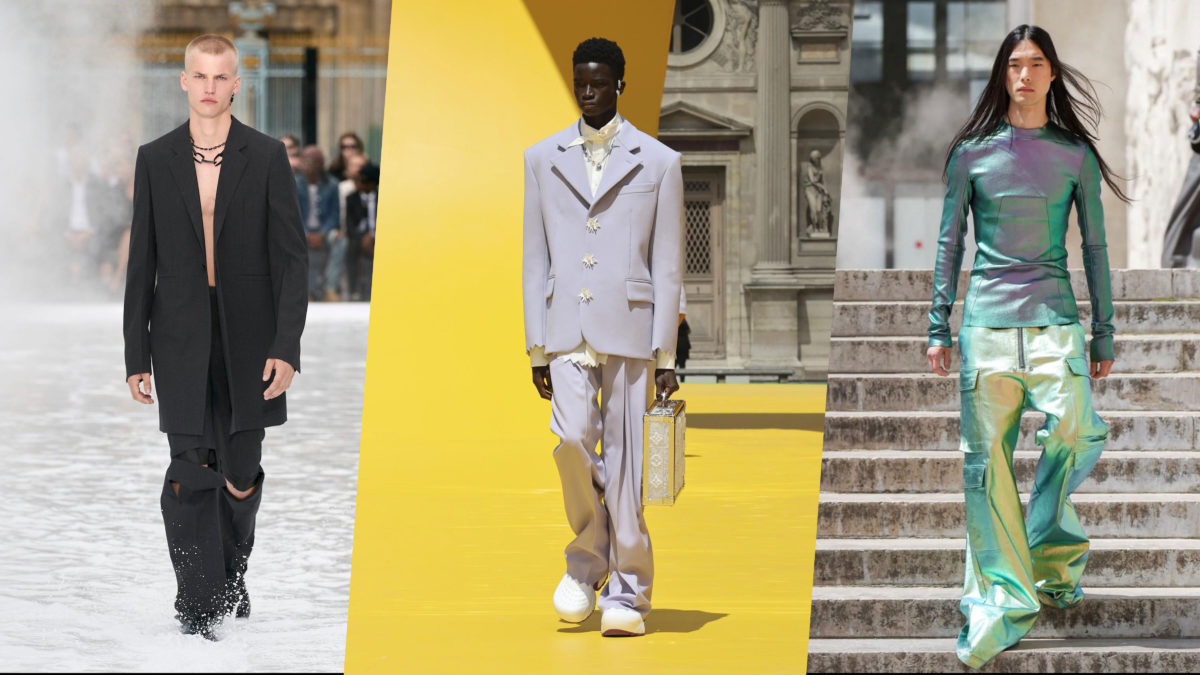 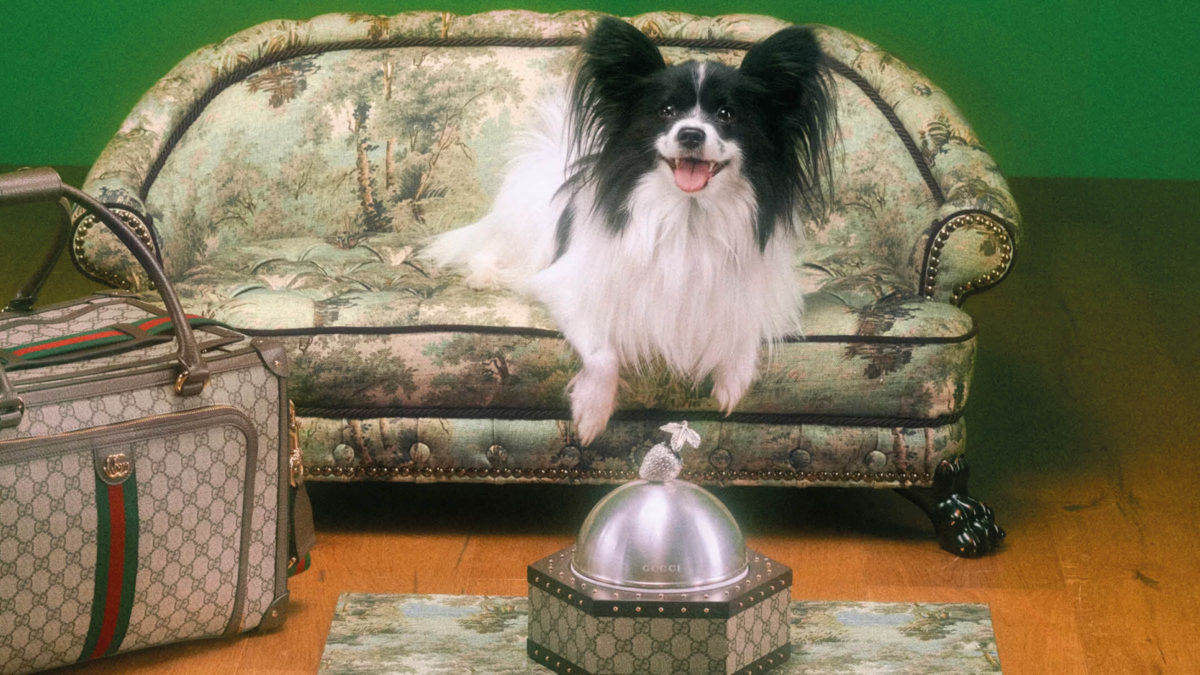