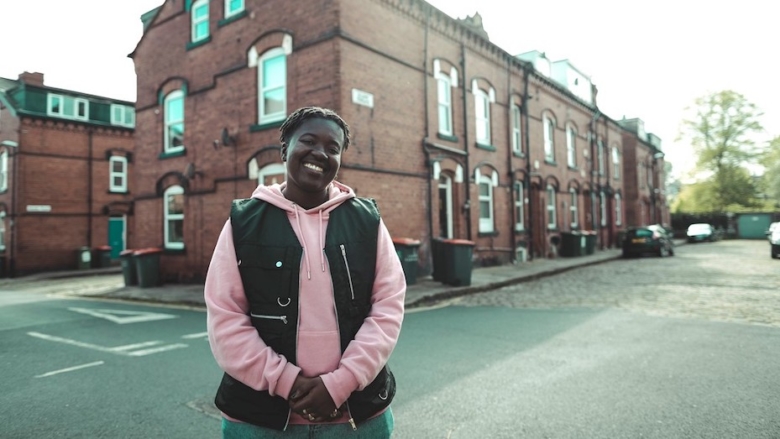 I first became involved in activism during school and sixth form, starting out in different groups, such as the UK Youth Parliament, as well as doing a lot of community-building work in my borough. At university, I began reading radical thought and texts by Black folk and started recognising just how colonised the university space and my curriculum design was, and how the university continues to perpetuate all the problems in society that we are actively trying to fight. That was where my activism to decolonise education began.

At the time, the movement to decolonise education was reaching a new height and I was becoming involved with Why Is My Curriculum White?, an initiative that focuses on the lack of diversity in university texts, and connecting to people from Rhodes Must Fall, the campaign to remove statues of British imperialist Cecil Rhodes from university campuses. Since finishing my undergraduate degree, I’ve travelled across the UK and gone to different countries to speak about the need to decolonise universities and education.

I then had a change of direction and realised that universities, as colonial spaces, cannot be decolonised. We need alternative spaces to allow radical work to really take hold; the ability for transformation and deep systemic change is inherently limited within existing academic institutions. In June 2020, I began fundraising for the Free Black University, a hub for transformative knowledge production. Created with the aim  to radically transform the ways that we engage with education, it will, among many things, provide Black radical books to people right across the community, including those who are incarcerated, as well as create accessible online lectures, build an open-access and expansive digital library and host an annual conference for Black academics.

One of the Free Black University’s aims is for academic institutions across the country to redistribute their resources in the form of annual donations. Throughout the years, universities have benefited from donations from those directly involved in the slave trade and who have contributed to cultural imperialism. Today, there is a massive attainment gap right across the country: universities are quite simply failing Black students. In order to rebalance a situation where Black students are not happy with their universities or their degrees, I think it’s really important that these institutions recognise their roles in systems of harm, as well as their inability to support Black students in a fair way.

It’s commonplace in the university as an institution to read the work of people who came up with ideas such as scientific racism or to learn about thinkers who legitimised slavery. Black pain is incredibly normalised, meaning that addressing wellbeing is a really important part of the work we do, as is acknowledging how traumatised current institutions are making Black folk. That’s why the Free Black University is creating a community for Black students and a members’ space for emerging Black academics that need support during and beyond their academic journey. To feel capable and free to engage the radical imagination, we need to be in the best mental, physical and spiritual condition.

I studied Philosophy and Politics as my first degree, so I’ve seen just how much value is placed within knowledge; books people were writing in the 1600s still inform the way we live today in so many covert and overt ways. I truly believe that there can be knowledge created in our times that has that same impact – if not more impact – on the world, and that can revolutionise our understanding of what justice really means. The Free Black University’s aim is to create the kind of knowledge that can change the world.

You can donate to the Free Black University here. The DIY Issue is out now, get your own copy here.