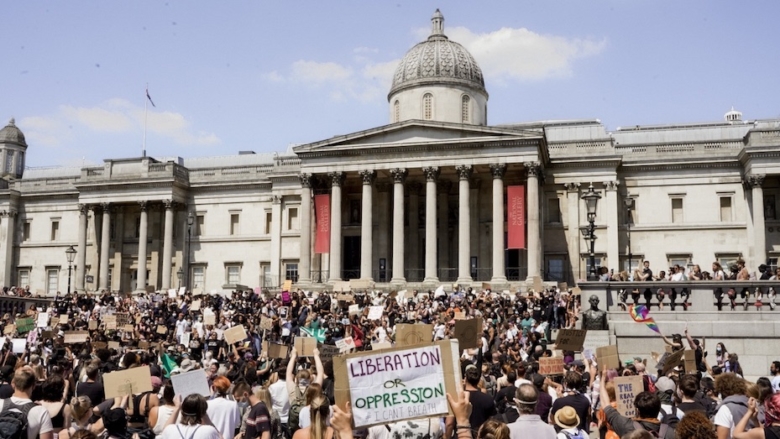 I’m 18. My generation is growing up at the crossroads of history. Ahead of us lies either the existential threat of climate change or the possibility of ecological renewal, mounting inequality that threatens to tear apart our social fabric or a fairer economic model that puts people over profit, endless cycles of racial injustice or newfound equality. The coronavirus pandemic, combined with the emergence of a global Black Lives Matter movement, will amplify the decisions we make in the coming weeks, months and years. In short, we have this one chance to drastically alter the course of human history.

How can we build a new social, economic and political system based around the progressive values of equality, justice and fairness? Well, by embracing grassroots politics, obviously.

The inferno of injustice blazing all across the world thrives on the fuel of political apathy. While the vast majority of people are disengaged with politics and political systems, corporations and the privileged (but powerful) few hold massive sway. Only once we create structures that facilitate mass political engagement and action can the control of those in power be eroded.

Progressives, in Britain and across the world, have for too long made the moral case for our policy platforms and failed to communicate how they can practically transform things for the better. Grassroots left-wing politics would drastically change this. The emphasis on the practical needs of communities would create a narrative of progressive politics that is not only backed up by a moral case but also one of creating a more functional world.

Alexandria Ocasio-Cortez, the 31-year-old Bronx-born congresswoman is a flag bearer for left-wing US politics. For people like me, the politicians of the future, we must learn the lessons of the trailblazing, election-winning grassroots politics that she represents. She’s not reliant on corporate funders, or lobbyists, who too often water down the radical politics of left-wing political figures; rather, her campaigns are funded and run by people on the ground who are passionate about achieving a new, radically different future.

Moments of crisis are also the moments of the most profound social transformation. In Britain, out of the trauma of the Second World War emerged the welfare state, a massive increase in the building of social housing and the creation of the National Health Service. This is because people are willing to accept and fight for radical change when crisis lifts a veil on the broken systems and institutions that existed previously. There is cross-society, cross-community, cross-border yearning for a better post-coronavirus world.

Polling shows that only six per cent of the UK population want the economy to return to how it was before the pandemic. This is an indication that we must fight for a fairer future. We must focus our efforts on three fronts: environmental justice, racial justice and economic justice. A wide array of policies needs to be explored. Here are a few: a reworking of our benefits system so that it lifts people out of poverty; an increase in the minimum wage; a Green New Deal of our own that would lead to an investment of billions in green infrastructure, jobs and technology; radical changes to a criminal justice system that disproportionately locks up Black British people; and a new history curriculum that properly covers the depth and scale of Black history. That’s just a start.

Let 2020 be remembered as the year the Earth changed course, where a new society emerged that’s based on the principles of justice, empathy and equality. We cannot passively think of this world as a hypothetical reality. Instead, day after day, dawn till dusk, we must each play our part in bringing about a new, grassroots-based politics that challenges the powerful, empowers the voiceless and works for us all.