The first glimpse of Ryan Gosling as Ken in the new Barbie film has been shared ahead of its release next year. The image sees the Canadian actor sporting Ken’s distinct blonde hair, wearing a denim vest with cut-off sleeves, and underwear that features a personalised band that reads his name. 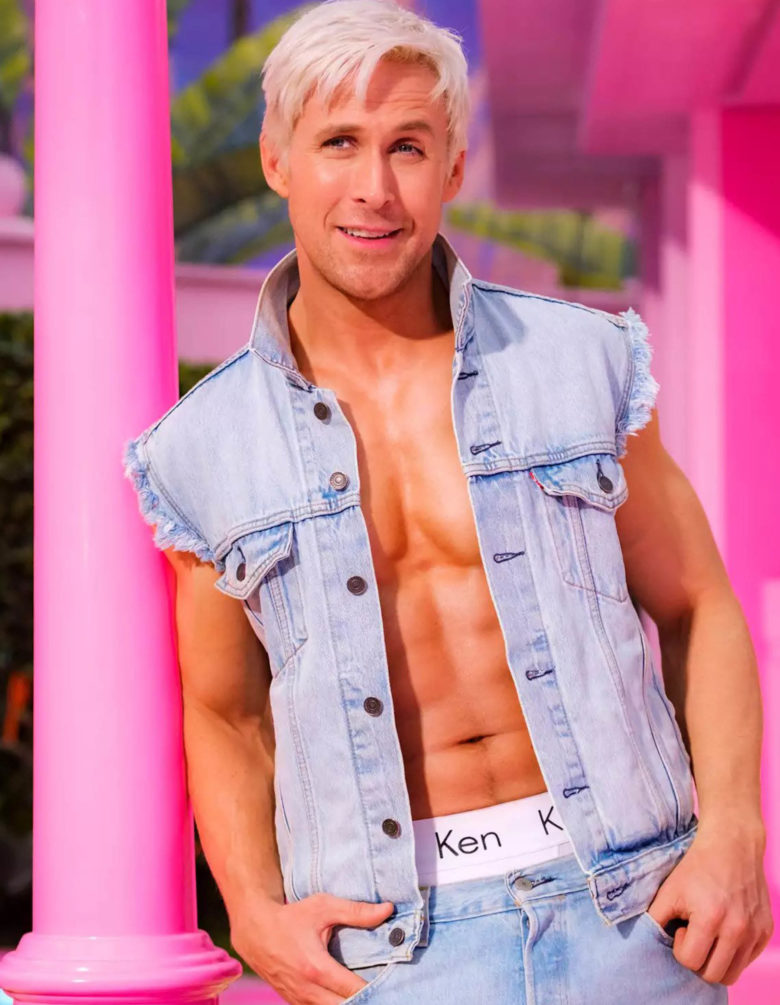 Back in April, Warner Bros. Pictures shared the first-look image of Margot Robbie in character as the titular doll in the forthcoming live-action film, directed by Greta Gerwig and co-written by Noah Baumbach.

Dua Lipa is also rumoured to be playing a role in the blockbuster according to an inside source at The Sun will feature in the highly anticipated flick. “Dua is making waves in both music and movies. She really impressed in Argyll and word spread around Hollywood about how good she was.” They added: “Now she has joined the cast of Barbie alongside big names including Margot Robbie, Ryan Gosling, Will Ferrell and Saoirse Ronan.”

It was revealed earlier this year via Kyle Buchanan from The New York Times that Issa Rae and Hari Nef will play Barbie alongside Robbie. The newly announced Doctor Who Ncutu Gatwa will also reportedly be joining Simu Liu in playing variations of Ken.

Liu recently said he signed onto the project after his agent described the film’s script as one of the best he’d ever read.“He literally said this verbatim,” Liu told GQ UK. “He was like, ‘If I could stake my career on any one script, it’s the Barbie script. I really think you should do it.”

Set for a release on July 23rd 2023, Barbie will battle it out at the box office with Christopher Nolan’s Oppenheimer and it seems like Gerwig is building an army of stars more than ready for the battle.