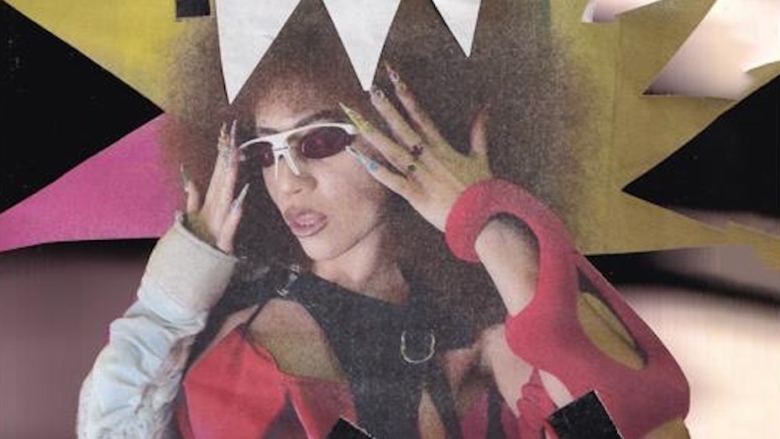 It’s no secret that the nightlife industry has taken a battering over the course of the pandemic. After three lockdowns and countless “substantial meals”, our dancefloors had been left a little lonely before we barged back onto them, for better or worse, on Boris’s “Freedom Day”. But, as Alim Kheraj notes in his book Queer London, LGBTQIA+ venues began their fight for survival long before Miss Rona became a household name.

Over the last decade or so, almost 60% of queer spaces have closed their doors, falling victim to skyrocketing rents, large-scale developments, and a lack of safe-guarding measures. Something that drag performer Georgie Bee has watched unfold. “I actually feel like there was more nightlife and spaces when I first moved to London 13 years ago. There were more clubs, nights, cafes, lesbian bars. As time has gone on, those places have disappeared, way before COVID.”

This trend was tipped to accelerate when coronavirus took hold. The papers predicted closures for iconic venues The Admiral Duncan, Retro Bar, and the Kings Arms , and the future of venues like The Glory and GAY was also rumoured to be uncertain. But, thanks to a lot of determination and a sprinkling of government funding, they all survived. Faced with the loss of these vital spaces, the LGBTQIA+ community was galvanised. Shay Malt – DJ and co-founder of legendary North-East London club nights Adonis and Touché – explains:

“I think we didn’t appreciate just how much we need to go out and party until it got taken away. Gay clubs have always been a huge part of my life that I suppose I took for granted before COVID”.

We saw many new virtual nights emerge to fill the party void. Faboo TV (which just launched its second episode) kicked off to a roaring reception, The Glory launched Glory TV, Queer House Party launched their online club night, Dalston Superstore went digital and drag queens left right and centre were performing for remote audiences. We also saw just how scrappy and resilient our vibrant community really is, finding endless ways to adapt to baffling and ever-changing restrictions. When we speak to self-professed ‘black, bearded, dancing drag queen with hair longer than your life expectancy’ Freida Slaves, they recall their favourite example.

“I absolutely loved The Glory’s experimental way to keep afloat when the government said COVID can’t get you if you are eating. The Glory is not blessed with a kitchen, so they bought a microwave and sold £1 microwave meals. The advert was Jon Sizzle, the owner, dressed as Princess Diana. [They] called it Lady Di’s Din Dins.” 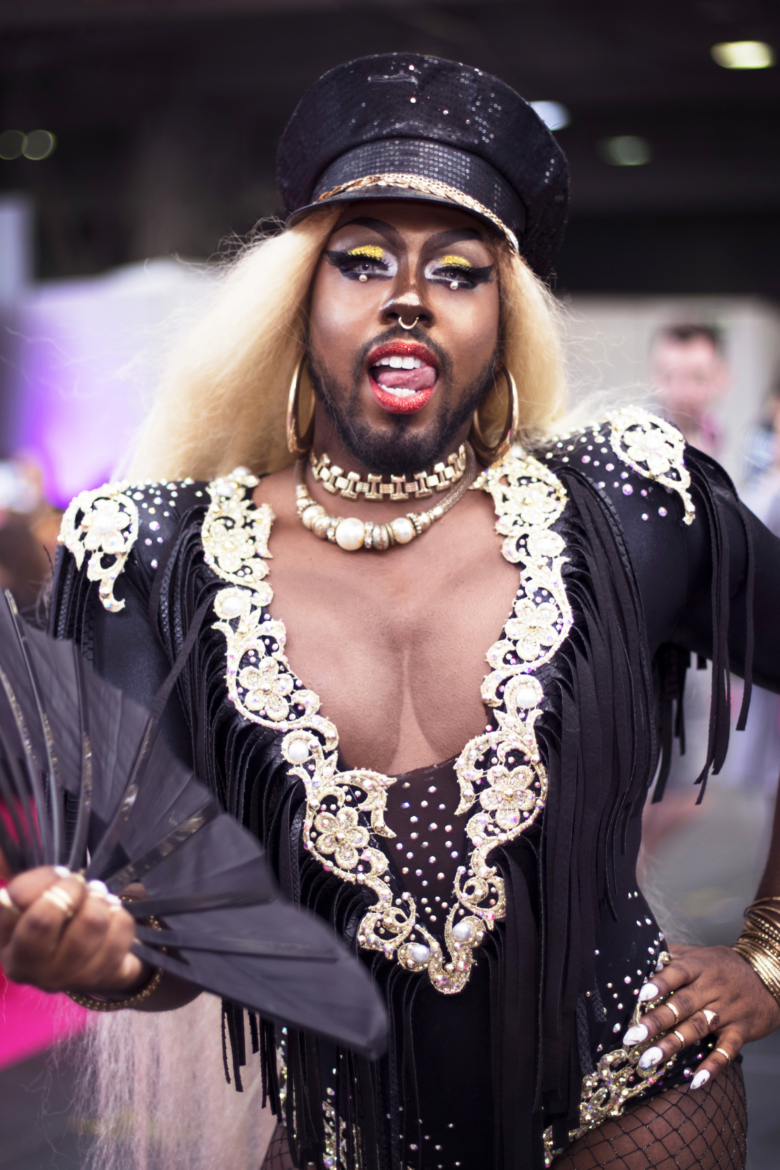 For some, it was also a time to take pause, recalibrate and let creativity thrive. Artist and performer Hellikisto – whom you might have seen setting the stripper pole alight at Harpies – described it as a moment for discovery. “It’s rare to get that much time away from 9 to 6 jobs to tap into your creativity. I saw the pause in my job, and I didn’t want to take it for granted. Some days were a struggle inside my head and with my body but ultimately the whole thing started to feed a very hungry part of me that doubted I could make music, and I’m now doing it.”

Jeanie Crystal, co-founder of Harpies and FabooTV, had a similar experience, getting into a headspace that helped birth the latter. “We had a break from hustling and trying to make the rent, so we had this time to really sit there and write the show. The pandemic just gave us space to be ultimately creative. Capitalist society doesn’t always afford that to artists that don’t have funds.”

Of course, it wasn’t all sunshine and gay rainbows. People lost their jobs, their income, their livelihoods, with many neglected by the government’s less-than-comprehensive furlough scheme. Shay Malt echoes this harsh reality, explaining, “Financially it has been really hard. Events companies really seemed to slip through the net when it came to support and grants. And just how long it dragged on for, it will be nearly a year and a half of us being closed by the time lockdown ends.”

We also lost a place to be ourselves. Contrary to popular belief, gay bars are more than just a place to let your hair down to Britney Spears. They are transformative, freeing spaces that give queer people a rare opportunity to explore identity, sexuality, and self-expression in a space free from judgement. Well, at least, relatively free from heteronormative judgement. As Jeanie Crystal explains, they are a place of unity and liberation.

“We are all so excited to be back together and just dance together on a dancefloor. These experiences validate us in ways that we are unafforded in any other part of life.” 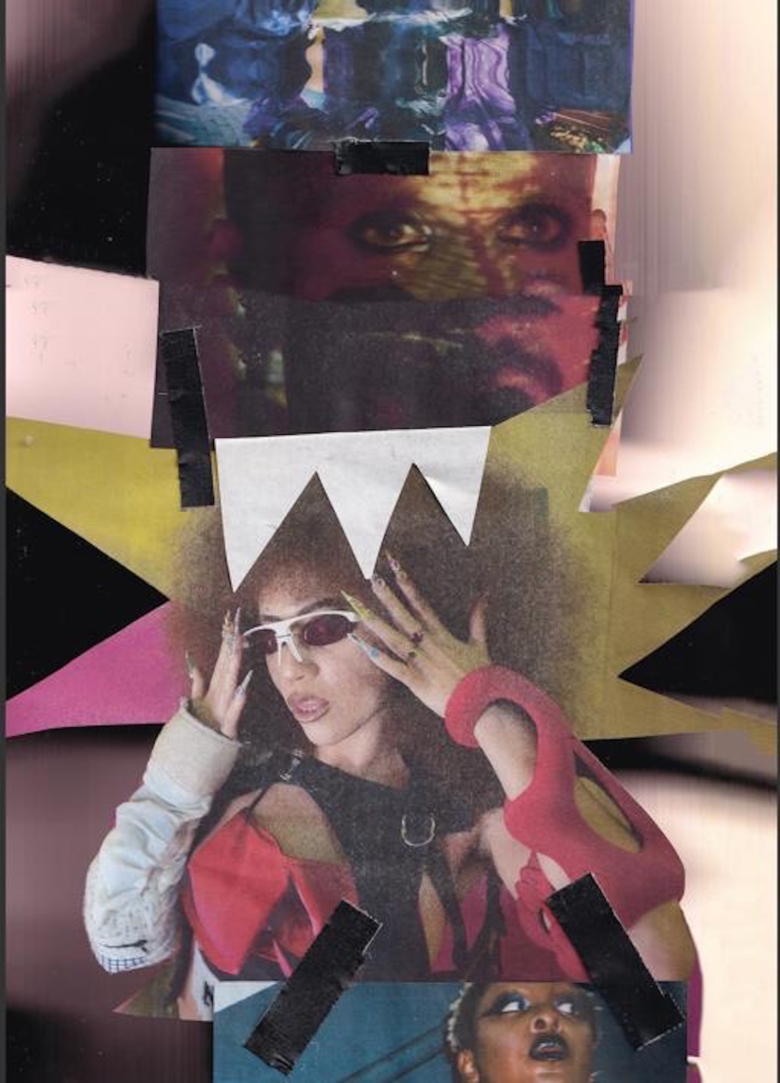 The darker side of this dancefloor liberation is that there are targets on the backs of these spaces, with some of the greatest tragedies our community has faced unfolding in gay bars. The Admiral Duncan, for example, is a London icon because it’s a symbol of queer resilience – the site of a horrific nail bomb attack in 1999. When I began this article, I often referred queer venues as “safe spaces”, but, as Georgie Bee rightly points out, no such place can ever really be promised to queer people.

“I think it’s important to note that I don’t believe in the term ‘safe space’. Some of the nastiest experiences I have had have been in a supposed queer ‘safe space’, so, let’s not be fluffy about it.”

As the spotlight continues to grow on the queer community, so does the fight against mainstream censorship. Thanks to the Phe-no-me-non that is Ru Paul’s Drag Race, the art of drag has well and truly shifted from sub-culture to cultural canon. Every corporation imaginable is rainbow-washing its campaigns (“Hi, gay!”) and partnering with queer ambassadors in an attempt to appear woke to their increasingly fluid Gen Z clientele. In part, this more widespread consumption may have been a factor in supporting performers and venues through these tough times – and it’s wonderful that the dolls are getting paid – but, as Freida Slaves explains, this has led to businesses attempting to mould these individuals and experiences into something more palatable for the masses.

“The corporates want to censor the loudest, brashest, [most] outspoken members of the LGBTQIA+. And unfortunately, some pander to it. I am not one of those. The more clothes I’m told to put on, the higher my thong goes up my butt.”

But existence is resistance, so, on the brighter side, what can we look forward to for the rest of 2021 now that restrictions have been lifted? Everyone we speak to highlights gay mainstays Adonis, Harpies, The Glory and Dalston Superstore as essential programming. When it comes to new events, Jeanie Crystal tips a festival called Body Movements, launching in Hackney in October. “It’s the first queer-centred electro dance festival, the line-up is insane. Faboo will be doing an afterparty. We have a really special line-up for that.” Freida tells us to look out for a night at Omera called “Feel It”, which will be a weekly Friday night disco party by Little Gay Brother and Jodie Harsh.

“I can only imagine how much fire is in everyone else’s bellies, when we all finally get to blow it is gonna be wild. And it’ll be bigger, better, and sweatier than before.” 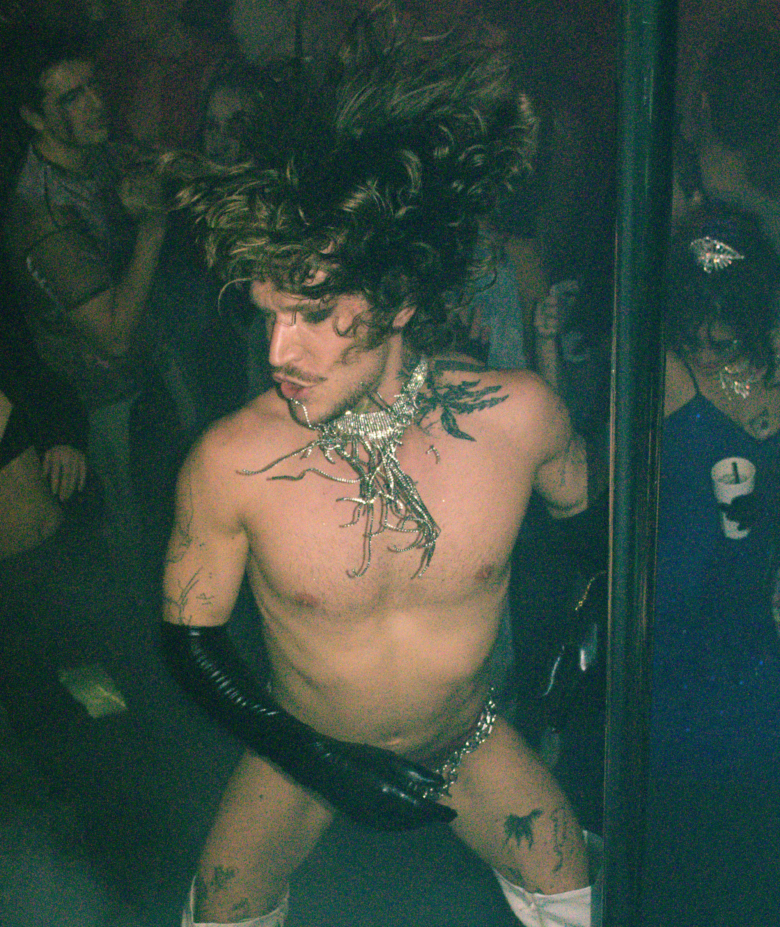 Shay teases a new party that he’ll be launching in September at an undisclosed “amazing venue” every Sunday from 7am, as well as Georgie Bee’s new girl’s night “Knickers Off” which opened this month. In short, it looks like it’s time to get into gear for a post-lockdown glitter-bomb. Bus, club, ’nother club, ’nother club, plane, next place. No sleep. No fear.

“I think London is moving back to the forefront as one of the most exciting queer cities.”

Looking further into the future, what else is on the gay horizon? Georgie Bee jokes that “Maybe absolutely everyone will be a drag queen and we will all be queuing round the block to watch rare generic gays”. Jeanie Crystal would like to see government funding increase so that these artforms are paid what they’re worth and performers aren’t burning themselves out to make ends meet. Freida predicts that the queer scene will continue to move North East as more are priced out, and that potentially, “It will grow larger now younger kids are seeing themselves represented on TV more. It’s becoming less of a taboo. Maybe with the large growth more niche, subgenres of queer culture will emerge?”

Whatever lies ahead, despite everything, it truly feels like an exciting time to be a queer person in London. The smell of poppers, sweat and (safe) sex is in the air; a whiff of nightlife revolution. Whatever lies ahead, it looks like the future is in good hands.