Last weekend (August 25th-28th), HUNGER soaked up the last of the summer sun in Cambridgeshire to attend We Out Here festival. Despite the festival season sadly coming to a close, We Out Here continued its stellar reputation with another memorable event in one of the UK’s most scenic festival grounds. The festival itself is brought to life by BBC Radio 6Music broadcaster and curator behind Worldwide FM and Brownswood Recordings, Gilles Peterson, who imprints his diverse musical knowledge into the lineup.

Now in its third year, We Out Here featured a wildly eclectic collection of live music for us to sink our teeth into. On this year’s bill, there was everything from Brazilian jazz funk to grimey London hip-hop and industrial Detroit techno. Headline slots were reserved for Underground Resistance, Masters at Work (celebrating 25 years of their classic Nuyorican Soul record) as well as Pharoah Sanders, just to name a few. Throughout the weekend there were over 250 artists and DJs who stepped foot onto the stages all ranging from rising, unknown talents to established legends. Besides the music, there was also a chance to enjoy the various extracurricular activities including panels, wild swimming and even a groovy roller disco.

During our time at the festival, HUNGER had the opportunity to sit down with BBC Radio 6Music and 1Xtra DJ, Jamz Supernova. The London native is known for her ability to uncover rising talent and share it with the world, with everything from alternative R&B and Indie to club music and diasporic sounds getting spins on her show. Jamz lives and breathes music and has graced the stages of some of the world’s biggest festivals including Glastonbury, Parklife, and Outlook. She’s also stepped into the world of TV as she co-hosted BBC Four’s music show, Jazz 625, in October last year. Here, we speak to Jamz to discuss her rise from work experience to radio host, her opinions on current UK music and much more… 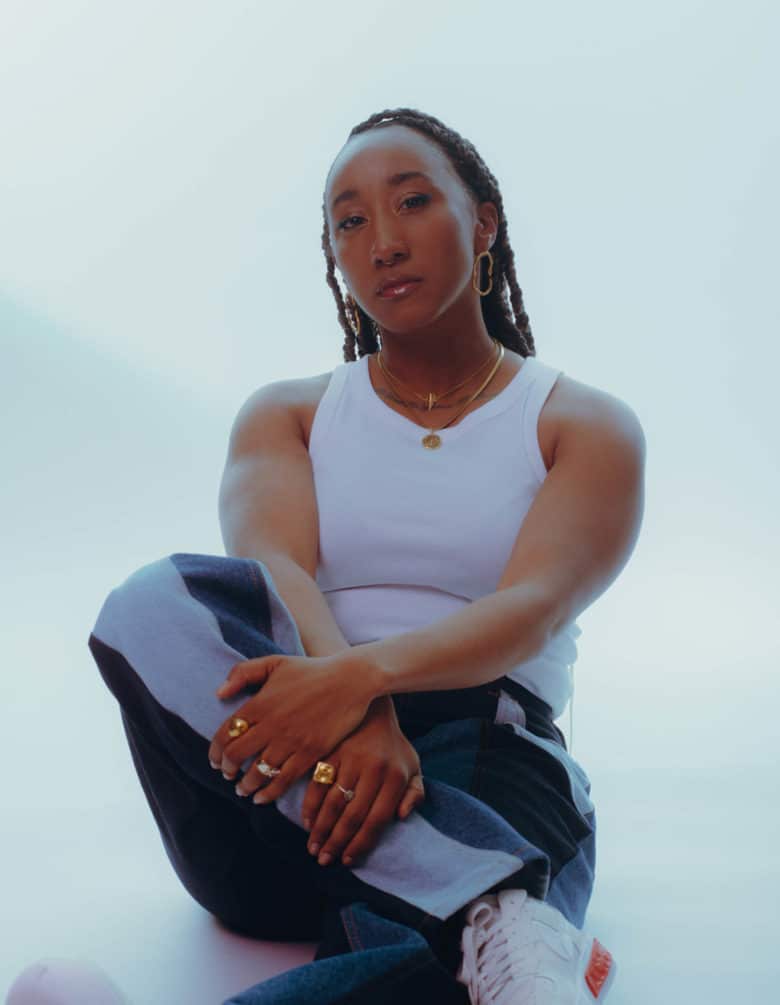 First of all, I just found out you went to the BRIT school. How did that come about and what got you interested in music in the first place?

With my family, music was always on constantly at every party. Everyone thinks they’re a DJ so actually being a DJ to them is not that impressive, because everybody thinks that they’re the best selector. I always had an interest in music, new music, and sharing it with other people because it was shared with me. So even when I went to secondary school, I’d be the one downloading everything from Limewire and then making CDs for people. But with the BRIT School, I went to go and check it out with a friend. She was a singer and she wanted to go there. I didn’t know what I wanted to do and I knew I had to go to college but I wasn’t feeling any of the options. I went to the school on a whim just to go and have a look around. I was thinking oh my god, they’ve got a media course and they have a radio studio. All I listen to is radio, this makes complete sense. It wasn’t that long after I discovered 1Xtra, too and I was really invested in what makes good radio. Then to go and see a real radio station and to know that people that I was listening to on 1xtra had been to the BRIT school, it was a no-brainer. It kind of felt destined in a way. when I got there, I was like Eureka, this is it. This is what I want to do. Then I left the BRIT School and went straight to the BBC to work with those people. So I guess it was written in some ways.

If you weren’t a DJ what do you think you’d be doing?

I think it would always be something in music. I think I would have been a great manager. I would’ve worked my way into record labels or something like that, or even do the media side of things like writing for a publication. It would have always been something music-related, there wasn’t any other option.

When did you start on Radio 1Xtra? How did that come about?

So I worked there already, I was doing work experience. After that, I stayed and worked in production for five years. During that time I was trying to get a show and trying to show that I could do it. They’d tell me ‘No, you’re not good enough, it’s not time yet and no one knows who you are.’ So at the same time as joining 1Xtra, I was on a community station, called Represent. I was taking everything I was learning from the production side and trying it out in my own shows and over the years, I’ve kind of developed a niche, and then got better as well. I Finally got my own show when I was 25.

You’ve interviewed a lot of massive artists, have you ever been starstruck or nervous meeting any of them?

Not necessarily starstruck but I remember I was so excited that I could interview SZA just around when Ctrl came out. I’d done all my research and I was so gassed when she came in. Then she came into the studio and I don’t think she knew it would be me interviewing her and she was like ‘oh, oh,’ and she was a bit cold at first. I was thinking ‘I want you to like me, I thought we could be friends,’ and it took me a good 10 minutes to warm her up. I don’t know if she thought I was gonna trip her up or maybe she associated it with American radio where it’s like sound bites and gossip. I just really wanted to know about the process so she opened up after we started talking about songwriting and her insecurities, and how that translates into the way that she makes music. She started to open up to me, but it took a minute! 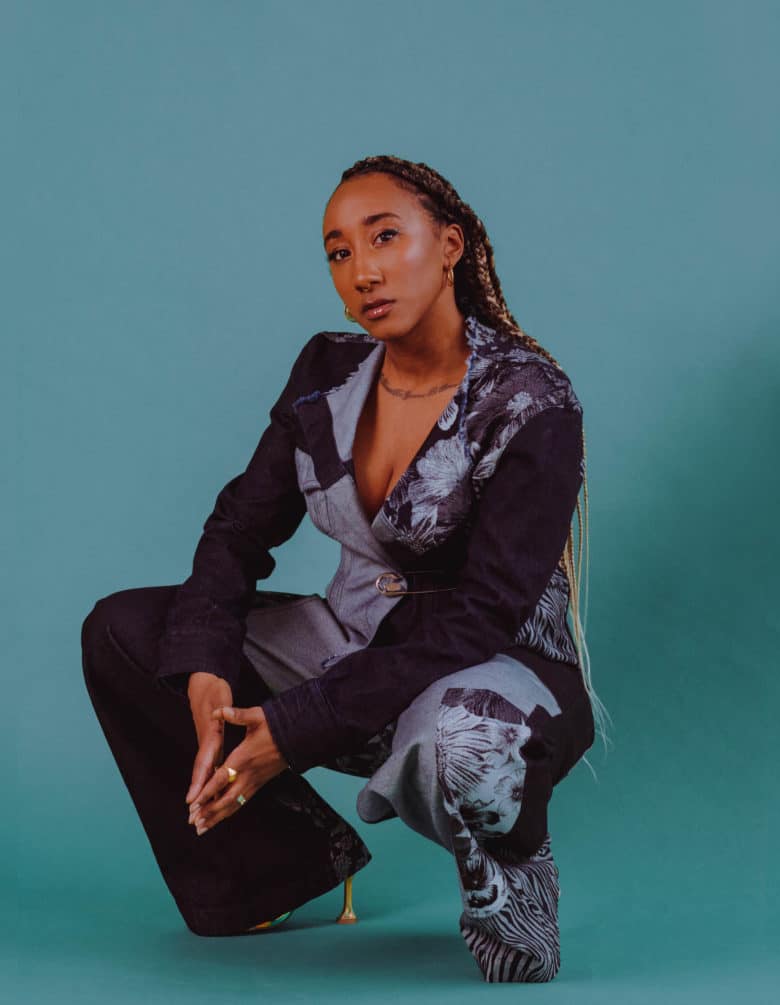 What’s your opinion on the UK music scene currently? Do you feel like it’s progressing?

Yeah you know, when I started my show on 1Xtra, I would have said I’d probably play like 80% of music from everywhere else and 20% of music from the UK. Now I’d say I play 80% of music from the UK and 20% of music from everywhere else on that specific show. There are so many micro scenes and we just did a panel about migration and the migration of people and it’s really cool to be able to pull from all of those elements. It’s not just about where people are from heritage-wise, but where they are in the UK as well. And what that means to them whether it’s the Scottish jazz scene, the jazz rap coming from Birmingham, or the club music from Bristol, there’s just something for everyone. If you take the time to look, it’s there and the quality is amazing. I actually think that we are some of the most innovative music makers in terms of expression, experimenting, trying something new, thinking a little bit outside the box, really leaning in on all those little things that link us all together with our heritage, and then turning it into art. I think we do that well and we don’t try and conform.

What would you say has been the most fulfilling moment in your career so far?

Before I would have said getting my show on 1Xtra but I think getting my show on BBC Radio 6 was a really fulfilling moment. I think it’s allowed me the longevity that I’ve kind of always wanted because you know, 1Xtra is a youth station and I’m 30 now so I’m starting to look outside of that. So to know that there are other places for me to go and express myself is great. When I get there, I feel like I’m brand new again, I feel like I’m a baby. I’m learning and I’m around all these amazing people, you’ve got Giles Peterson on one side and Mary Anne Hobbs on the other. Hearing how they broadcast or the way they put that music together makes me feel inspired, creative and hungry. I think that you need that in life to keep you going.

Do you have something in mind for the next 10 years? Is there a goal?

I think I’d love to hone my show on Radio 6, develop it and make it a staple while carrying on telling those really interesting stories. I want to try and build and connect with an audience away from radio as well whether that’s in the clubs or people just coming to see me play. But I think that sometimes when you come from the radio DJ side of things, it can take a little bit longer to make that jump because you get booked, but you get booked alongside other people. I want to know who’s going to come and see me and listen to me play all night.

What advice would you give aspiring radio DJs that are up and coming or just starting out?

I would say just start, even if it’s in the smallest way. Go look into the local stations that are around you, the community stations, the internet stations and find what’s around you that you can be a part of. Even If you go there to learn the production side or you shadow some shows or come up with a show idea. If there’s nothing around you, get a cheap mic, get some editing software, make a show and keep on putting it out online. Tag the artists that you’re playing and immerse yourself in those worlds. We have all the tools now to do it, you could even record it from your phone, it’s so much more accessible. I think it’s a case of just doing it and connecting and shouting about what you do.