Maksim joins our Zoom call from a friend’s house in a village 50-kilometres away from his home in Kyiv. “I have relocated myself into the suburbs because I felt in danger in my building with all the planes flying around above,” he tells me. “I am in a village now but also here there are bomb sounds and rocket sounds. We heard a big bomb which was five kilometres from the house and the house was shaking – it was such a loud noise.”

It’s hard to imagine exactly how he must be feeling but he tries to put it into words, after a long pause, he reveals, “I’m feeling very stressed, I’m watching the TV news non-stop about what’s happening in Kyiv city.” But he is quick to add: “We are not afraid of Putin. We believe in our army.”

He is adamant that the Russians won’t win, and for him in particular, it’s imperative that they don’t. While for now, Maksim, who works as a social media manager for KyivPride, explains that he is in “the same danger as everyone else”, he acknowledges that if Putin is successful, as a gay activist working for an NGO that supports equality and awareness of the LGBTQ+ community, his life will be even more impacted than others. 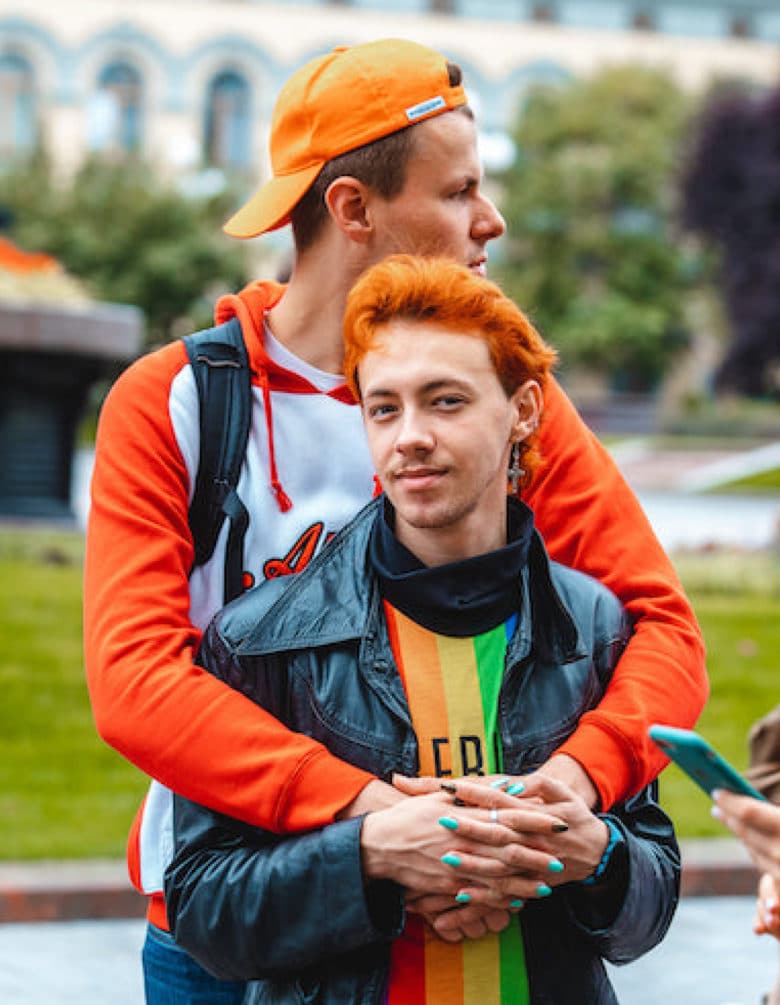 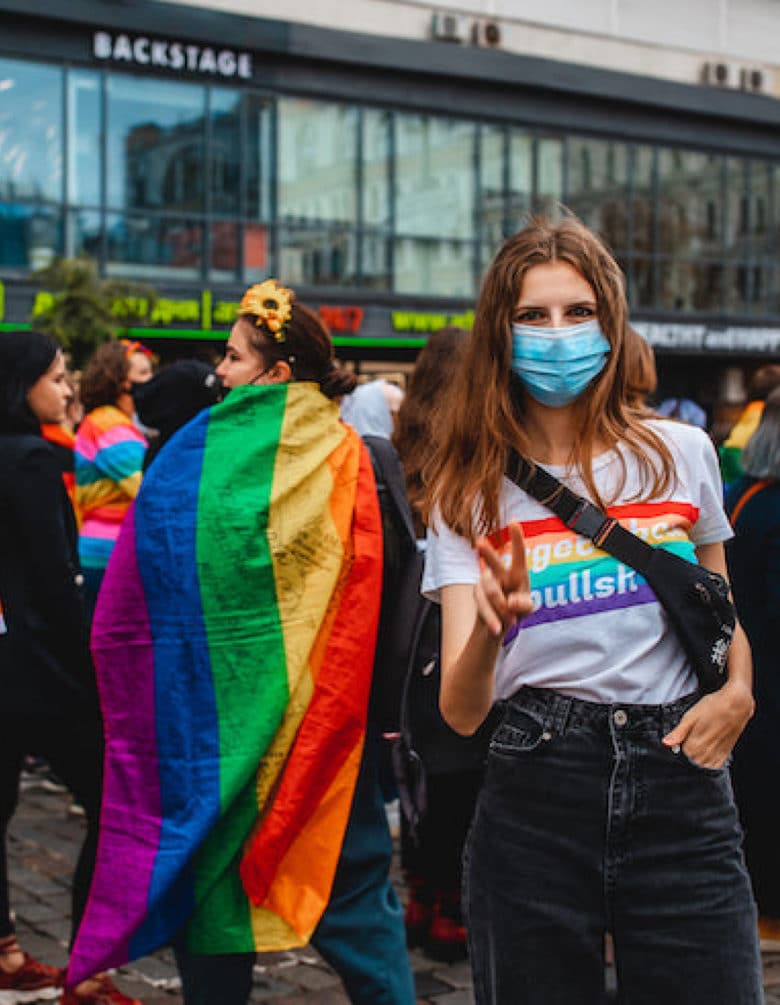 “It will be horrible because Russia is a very homophobic country. They don’t support our human rights at all. They follow queer activists and make them live in fear, they promote anti-gay propaganda and I think the queer community here will really suffer,” explains Maksim. “They even have an anti-gay propaganda law and polls have shown that the public attitude in Russia towards the LGBT community is very negative, with only around 10% or less having a positive attitude, but here in Ukraine it is growing every year and the latest research has it over 50% positive.”

The propaganda law that Maksim is talking about is a bill that was passed into Russian law in 2013, and claims to ‘protect’ children from being exposed to homosexuality, and any content that shows homosexuality as being a norm in society, by arguing that it goes against traditional family values. The ambiguity of the law, which has been condemned by human rights groups across the globe, puts almost any display, or mention, of homosexuality, even a rainbow flag, at risk of being a criminal offence. Furthermore, Russia has a long history of persecuting members of the LGBTQ+ community and last year it formally banned same-sex marriage, despite there never being a law that permitted it. There are also no anti-discrimination protections for the LGBTQ+ community and authorities have continually opposed Pride events despite being fined by the European Court of Human Rights in 2010, after they recognised this refusal as discrimination.

All these are relevant considerations should Russia gain full control of Ukraine. However, there are also more pressing issues; after a number of global media platforms reported that the US government has ‘credible information’ about a Russian ‘kill list’ of Ukrainians that are being targeted for assassination or arrest by Russian forces, sources in the U.S suggest that the names of some prominent LGBTQ+ people are likely to be included on the list.

“There are fears that the Russians have a list of Ukrainian LGBT activists and organisations, who could really suffer, and I think that Kyiv Pride would be on that list,” shares Maksim. “There’s been a lot of situations where anti-gay Russian propaganda has used our video campaigns or our words for their negative content, so they will be aware of us. They are really angry that Ukraine is freer a country in terms of human rights, and they will try and stop that.” 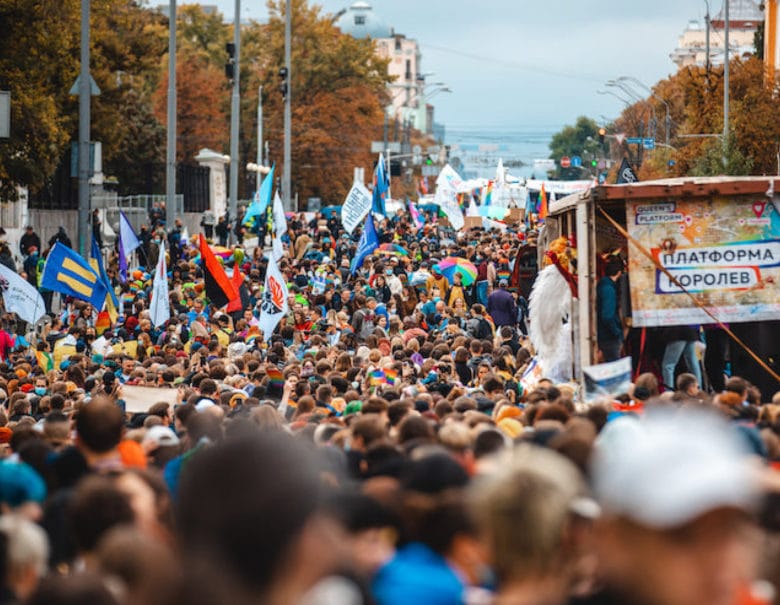 Maksim is quick to recognise that Ukraine itself still has some way to go in terms of rights for its LGBTQ+ community. Currently, no legal recognition exists for same-sex marriage and adoption by same-sex couples is banned. However, the country has made huge advances over the last decade, including consideration to add sexual orientation and gender identity to an existing hate crimes law. KyivPride has been a key player in the progression.

“We have a 10-year history of Pride marches, and as you know, in Russia, the situation is like the opposite. KyivPride started in 2012 as a reaction to the anti-gay propaganda in Ukraine. It was a small event for around 30 people, but after the Revolution of Dignity [the overthrowing of the previous Ukrainian government in 2014] the human rights movement became more powerful and Pride has become bigger and bigger, it went up to 7000 people in 2021, with lots of support from politicians and the media. Our human rights have been better since Ukraine started a route to the European Union, we’ve made so much progress in such a short time and we are afraid to lose all that hard work because Russia does not support the same human rights values.”

KyivPride is now using its platform to aid war efforts, with most of the team still based in Kyiv. “Our team is working online from their places but because of the sirens every hour they have to relocate themselves to the metro stations, and they sleep there overnight, so can only be online sometimes,” he says. “We connect with each other to help each other mentally and to support each other and help other people in our community.” 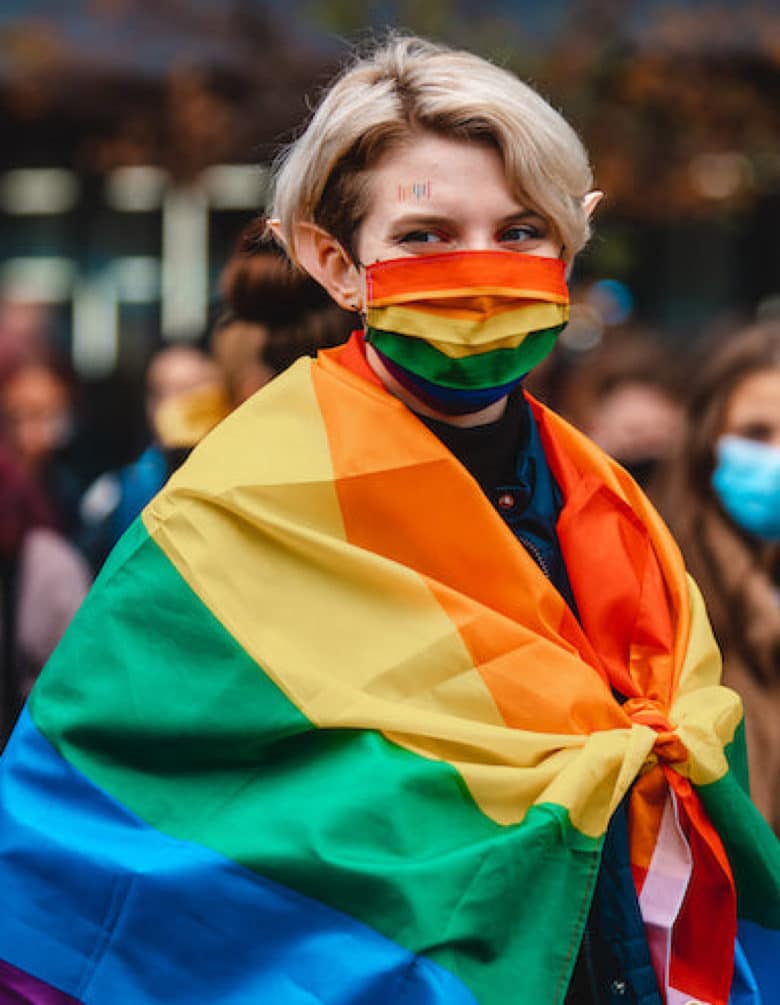 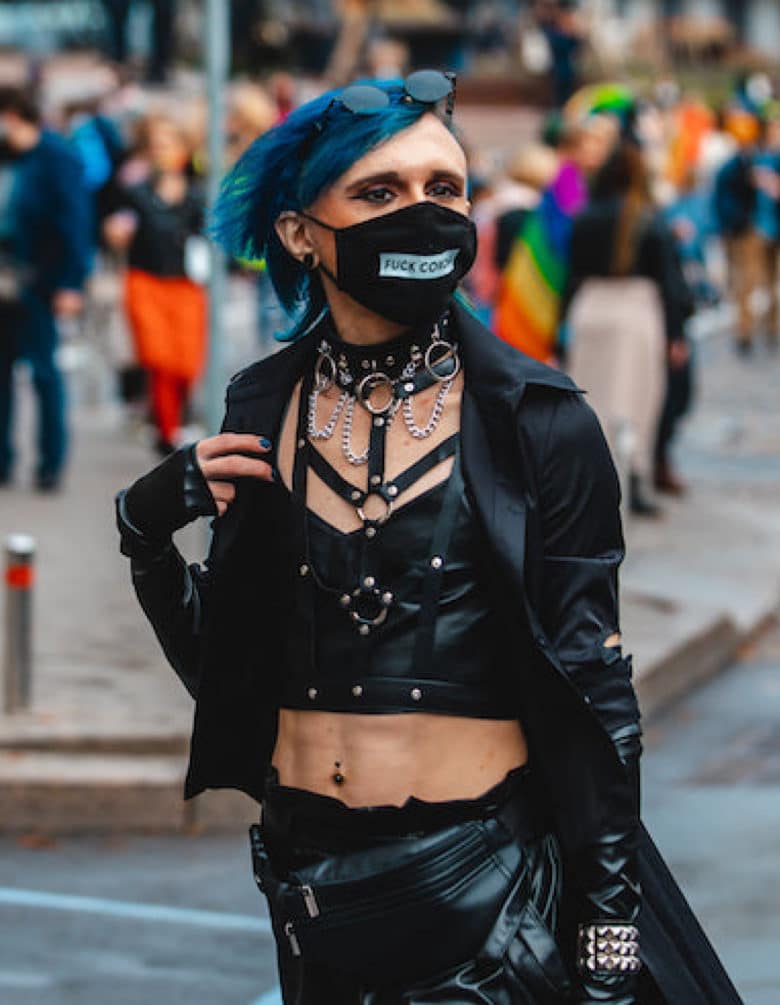 KyivPride are helping by raising funds for the military and helping to connect people from the LGBTQ+ community in Ukraine with those offering refuge in bordering countries.

“We are helping people who have decided to leave, we’ve received messages from the community in Poland, Slovenia, Czech Republic and Germany who are ready to help and house queer people. But we don’t have lots of people leaving, most want to stay and help and fight,” explains Maksim, who has worked for KyivPride for 10 years. “We are all ready to fight to protect our country, we are sharing news on our platform on how to help with donations for the army, and we’re trying to help LGBT members of the military.”

Maksim says that even those of us that are miles away can help. “You can share information on your social media, you can also donate money through the organisation to help the military effort and relocating people, and also you can push your own government to provide more sanctions on Russia and also protest in your streets.”

He continues: “We asked our audience  to put the Ukrainian flag on their own avatar picture on Instagram and people from across the world have done it, It’s simple, but it shows that we are united and It really helps us to stay positive, it really does help us to see your support on social media.”

You can support Kyiv Pride’s efforts by donating, here. More resources to help the people of Ukraine can be found, here.