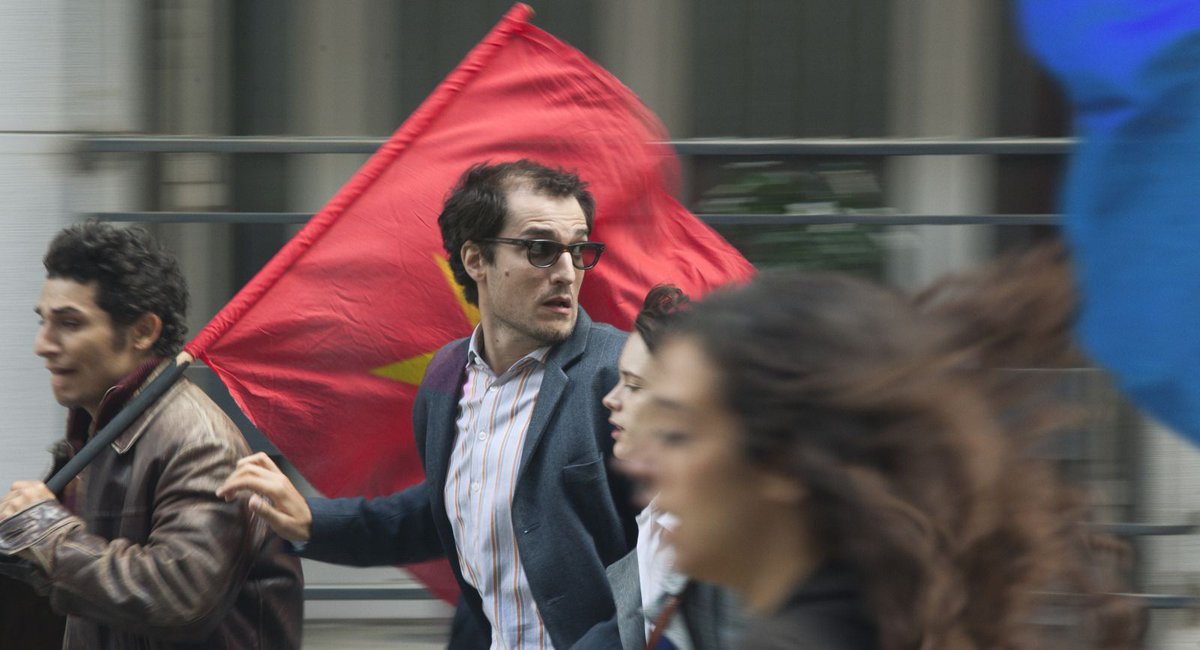 [T]he year 2017 gave us some real good movies and you may be still digesting some of them: The Florida Project might have broken your heart, and Call Me By Your Name may have made you into a hopeless romantic, but just you wait for what 2018 has in store for you. From Greta Gerwig’s incredible directional debut Lady Bird to the heart-wrenching French drama BPM, there’s plenty for your bucketlist. Have a scroll through our top picks for the year, and get booking your cinema tickets as you will not want to miss these… 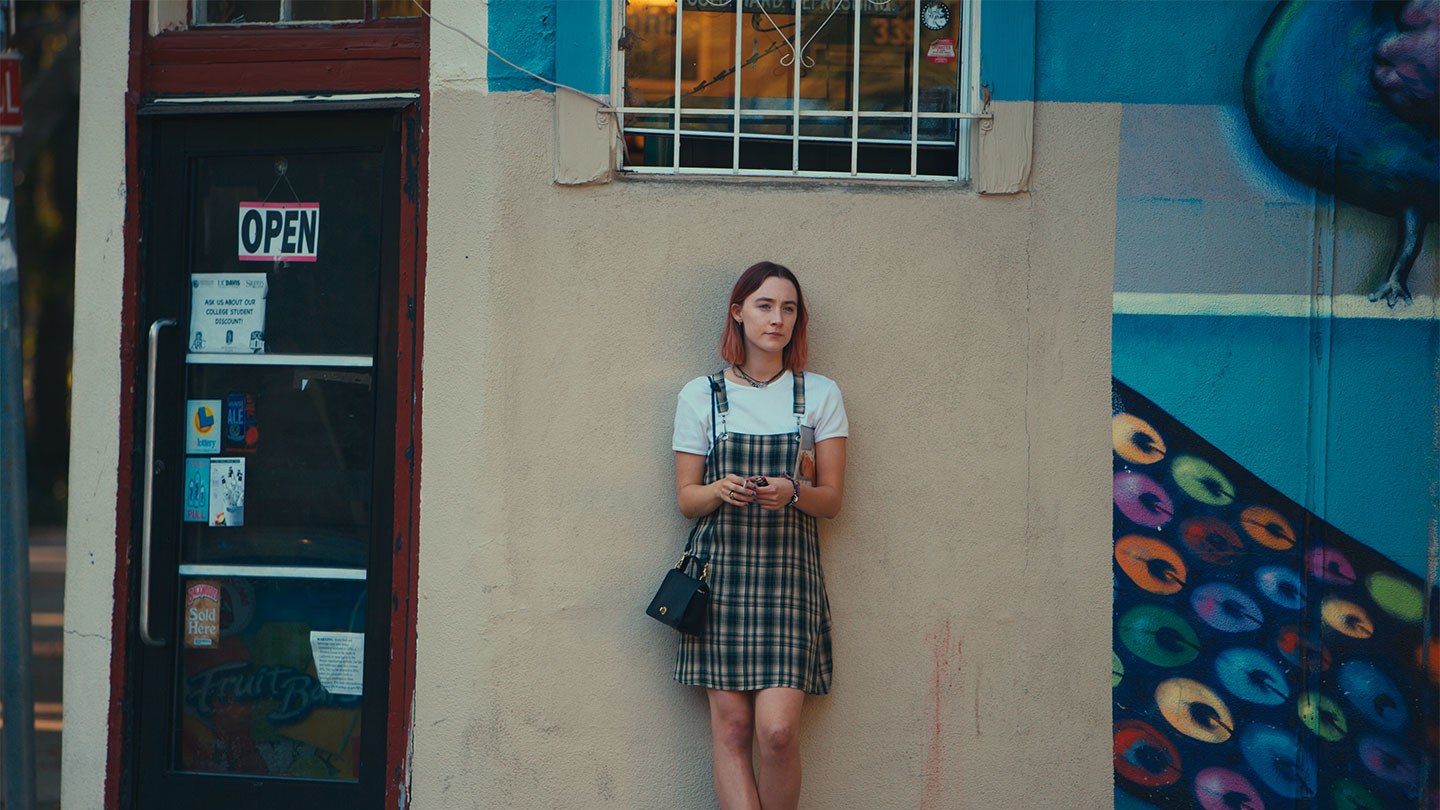 Our number one for the New Year, Greta Gerwig’s directional debut is thought to be a frontrunner for Award’s Season, and there’s every reason for it to be. A semi-autobiographical story, Christine ‘Lady Bird’ MacPherson is a high school senior from the “wrong side of the tracks” who seeks to make her final year memorable. Living the small-town-life in Sacramento is hardly her cosmopolitan dream, and so Lady Bird takes her life into her own hand. Possibly Saoirse Ronan’s best role yet, it also features everybody’s favourite newcomer Timothée Chalamet, of Call Me By Your Name fame. Out 16th Feburary 2018, seeing this in the cinema needs to be at the top of your New Year’s resolutions. 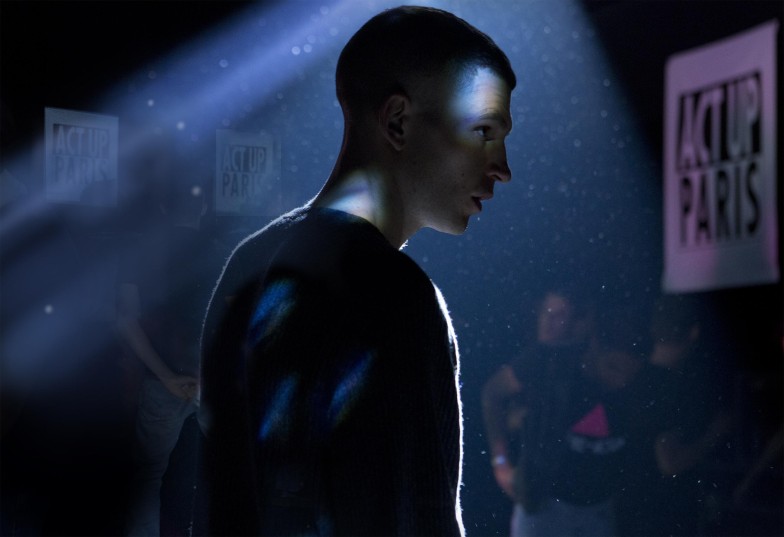 A intimately personal story from director Robin Campillo, 120 BPM follows the incredible ACT UP AIDS activist group from Paris in the 1990s, and the heart-breaking experiences of the people within it. Opening in the midst of a group meeting, the film throws you in the deep end in an almost documentary-esque realism as they discuss their latest actions and welcome new members. We meet Nathan, a HIV-negative newbie to ACT-UP who throws himself in at the deep end too – as his activism intensifies so does his relationship with the outspoken, witty, HIV-positive Sean. The exhilarating dialogue of meeting debates, along with the atmosphere of frustrating activism and sensuality of the romance, provides a film pounding with life just like the title suggests. Heartbreaking yet uplifting in their rousing activism, this is an enlightening film that everyone should watch, be sure to from 6th April 2018. 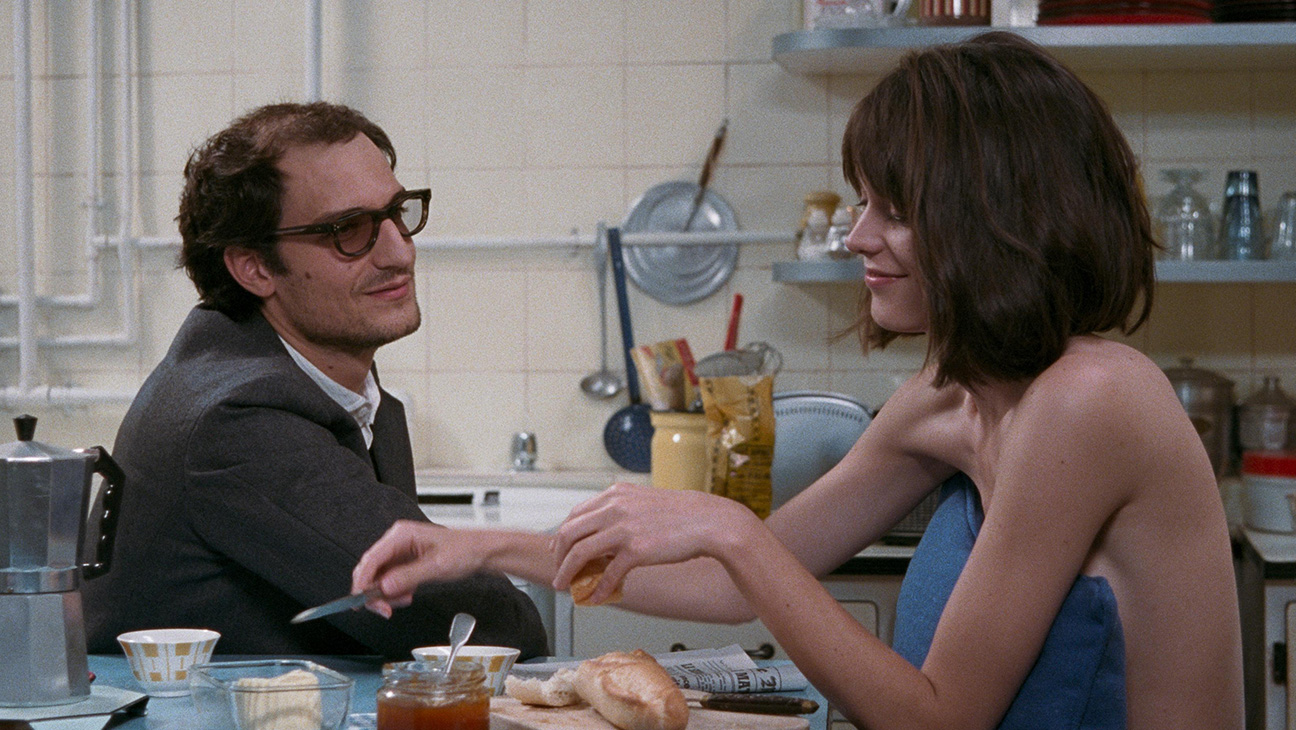 Taking us back to Paris 1967, Le Redoutable is both a love-letter to and critique of the notorious filmmaker Jean-Luc Godard. Famed for Breathless and Le Mepris, the late Sixties saw Godard grow more politically aware and seek to not only revolutionise cinema, but society too. Through the help of his wife Anne Wiazemsky and his newfound interest in Maoism, the director created La Chinoise. Straying from his cinematic aesthetic into new realms, we watch as Godard himself becomes as unrecognisable as his cinema, and not just because his glasses have the habit of falling off. Taking on Godardian traits as a film itself, Redoutable is half memoir and half Nouvelle Vague nostalgia, but is a must-watch from The Artist director Michel Hazanavicius. Perfectly portrayed by Louis Garrel (Godard) and Stacy Martin (Wiazemksy), stay tuned for our interview with the two of them before the release on 27th April 2018.

The closing night gala of London Film Festival back in October, Three Billboards Outside Ebbing, Missouri is finally out now. A needed tale of resistance and fighting for justice, the film follows Frances McDormand and Woody Harrelson going head-to-head in their small Missouri town. After McDormand’s daughter was murdered and the case was unsolved by the local police, she decides to truth-tell across some unmissable billboards. Be sure not to miss the truth or the movie. 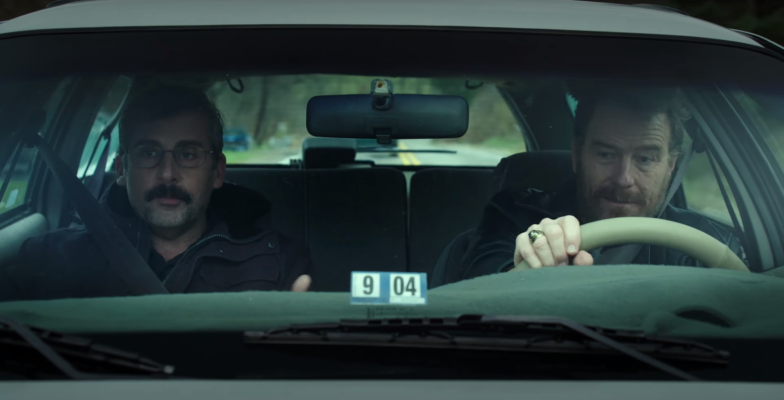 Linklater’s latest is almost as long-awaited as the Bryan Cranston/Steve Carell pairing within it. A road movie with a sad destination, trio Larry ’Doc’ Shepherd (Carell), Sal (Cranston) and Mueller (Lawrence Fishburne), are an odd group of clashing war veterans who reunite to help Doc on his shambolic journey to giving his late son the funeral his father wants. Heartbreaking and hilarious, the charismatic cast provide reason enough to see the film, but together with Linklater’s classically witty and touching script it’s not to be missed. Check out Last Flag Flying on 26th January 2018. 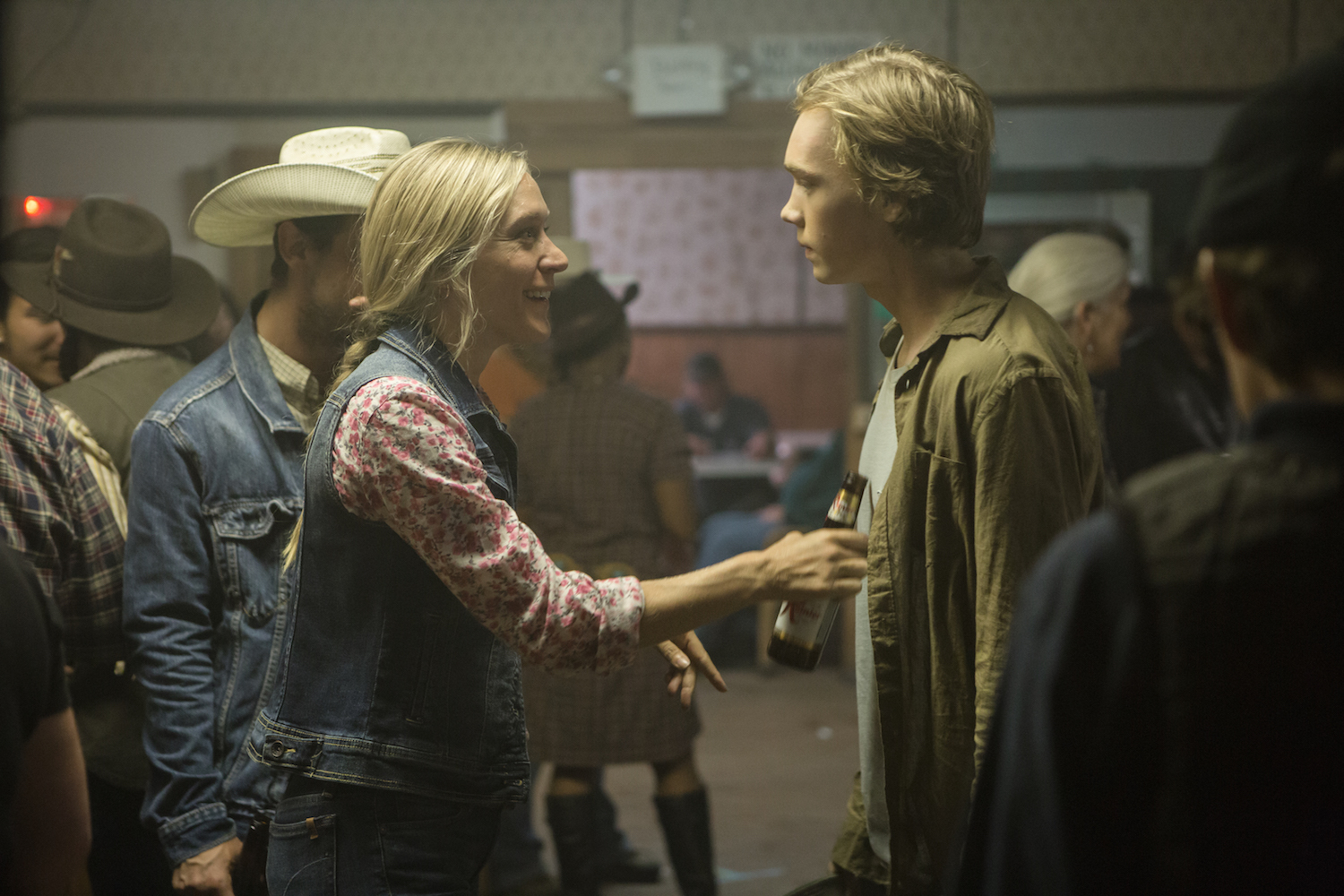 Andrew Haigh’s latest film was another festival hit this season, with Steve Buscemi and Chloe Sevigny coming together with newcomer Charlie Plummer in this indie trailblazer. A 15-year-old searching for a home and a fresh start, Charley Thompson finds it in a washed-up horse trainer as he befriends one of his failing racehorses, Lean on Pete. A tale of adventure and coming-of-age, Haigh sweeps us to Oregon and into Charley and Pete’s unique journey. Be sure to check Lean on Pete out when it hits cinemas on 4th May 2018. 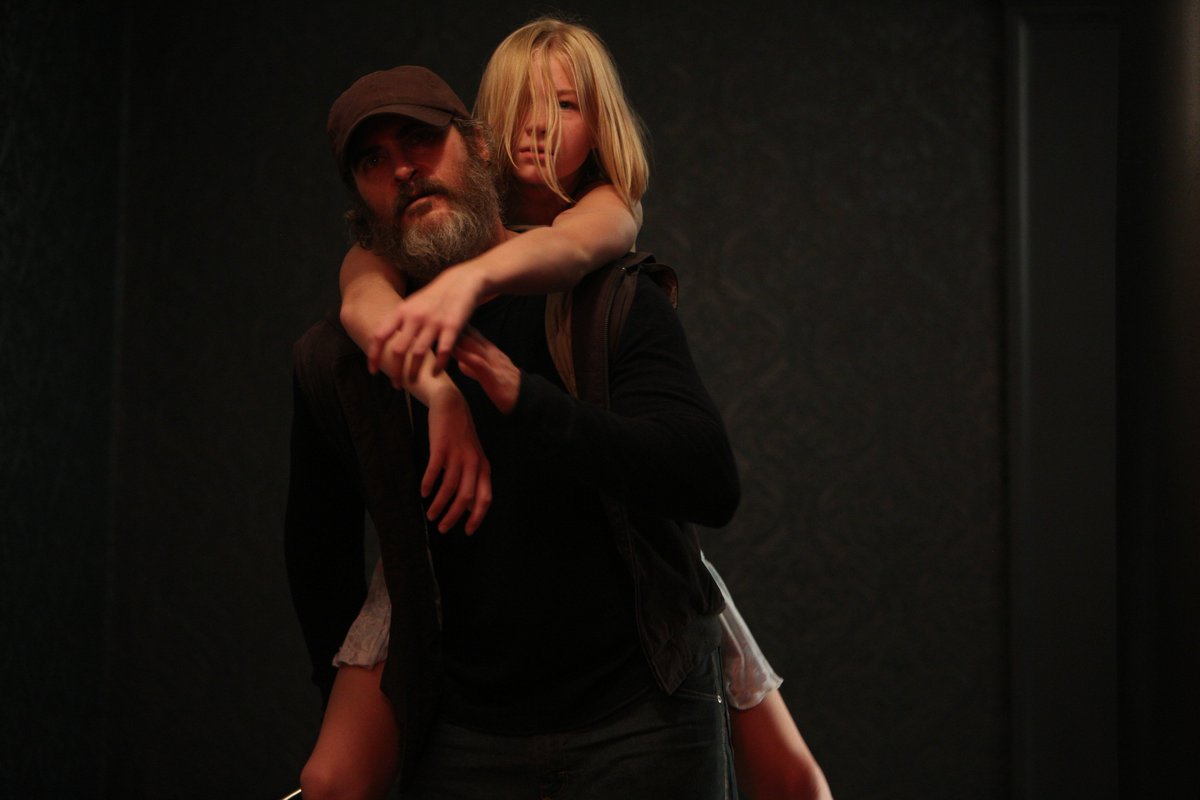 Lynne Ramsay, screenwriter and director of You Were Never Really Here, has taken on the master task of inverting the noir thriller. The mind behind We Need to Talk About Kevin, Ramsay here has recruited Joaquin Phoenix for the role of a Gulf War veteran and former FBI agent, who himself has taken up the role of saving child sex ring victims. An up-and-coming cast, featuring the talented 14-year-old Ekaterina Samsonov, it’s sharply gritty with a captivating score, it’s already won big at Cannes.

Taking on stop motion for the first time since Fantastic Mr Fox, Wes Anderson has revealed very little detail about his upcoming film Isle of Dogs. A tale of a young boy’s mission to find his missing dog, it’s set in Japan 20 years in the future where “canine saturation has reached epidemic proportions”. Supposedly comedic, heartwarming and aesthetically inspired by Akira Kurosawa, the cast will surely up its appeal even further: Edward Norton, Tilda Swinton, Jeff Goldblum, Bill Murray, Scarlett Johansson, Greta Gerwig, Bryan Cranston and Yoko Ono. Due on 30th March 2018, its sure to be one of the most anticipated of the year’s movies.