[A]irik Henderson is a stylist working out of New York. As he explains below, in the ultra-competitive centre of the USA’s fashion scene, it’s not easy for the work of an emerging artist to stand out from the crowd. As an alternative to getting lost in the flood, though, Airik has collaborated with old High School friend and graphic designer, Chris Correa to create this alternative editorial. Take a look at the collage images below and read Airik’s description of his work.

“The New York fashion scene is a constant hustle, there are no boundaries here and I like for my work to reflect that. I grew up studying fine arts and music and idolising many creatives but after moving to a very conservative town I began having a hard time. In high school I began using fashion as a way to rebel against societal norms, I was the only guy who ever got in trouble for challenging the dress code! After graduating and studying two years at FIT, I decided to dive into the industry head first! Now I’m striving to create work that is thought provoking, I hope to inspire other young eccentrics who are afraid to be themselves.

Louis is very inspiring with his motivational speeches on Instagram, I wanted to create a visualisation of him and that conceptual mindset. Chris is a very talented graphic designer who I’ve actually known since high school, his artistry was the perfect match to take these images to another dimension.” 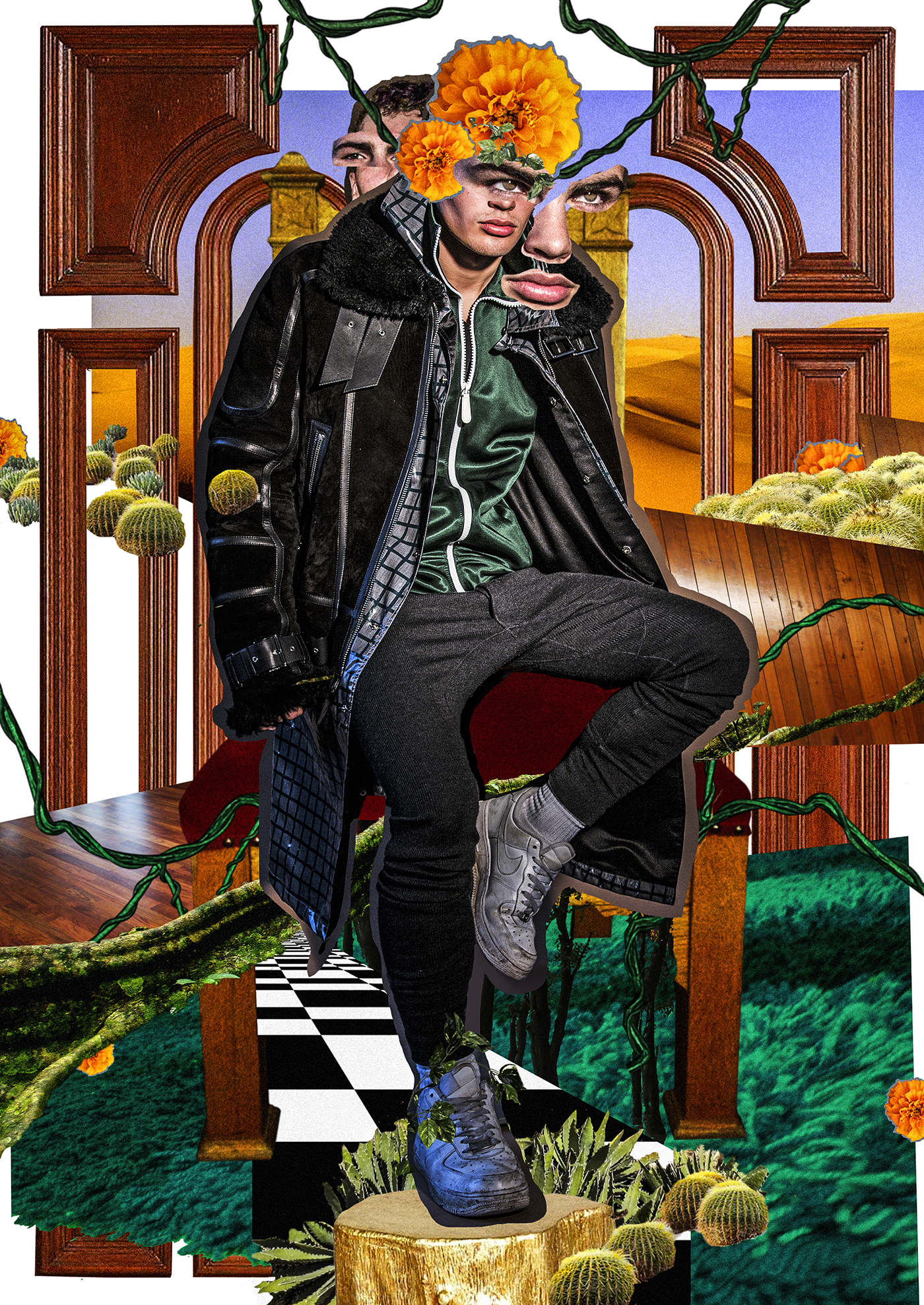