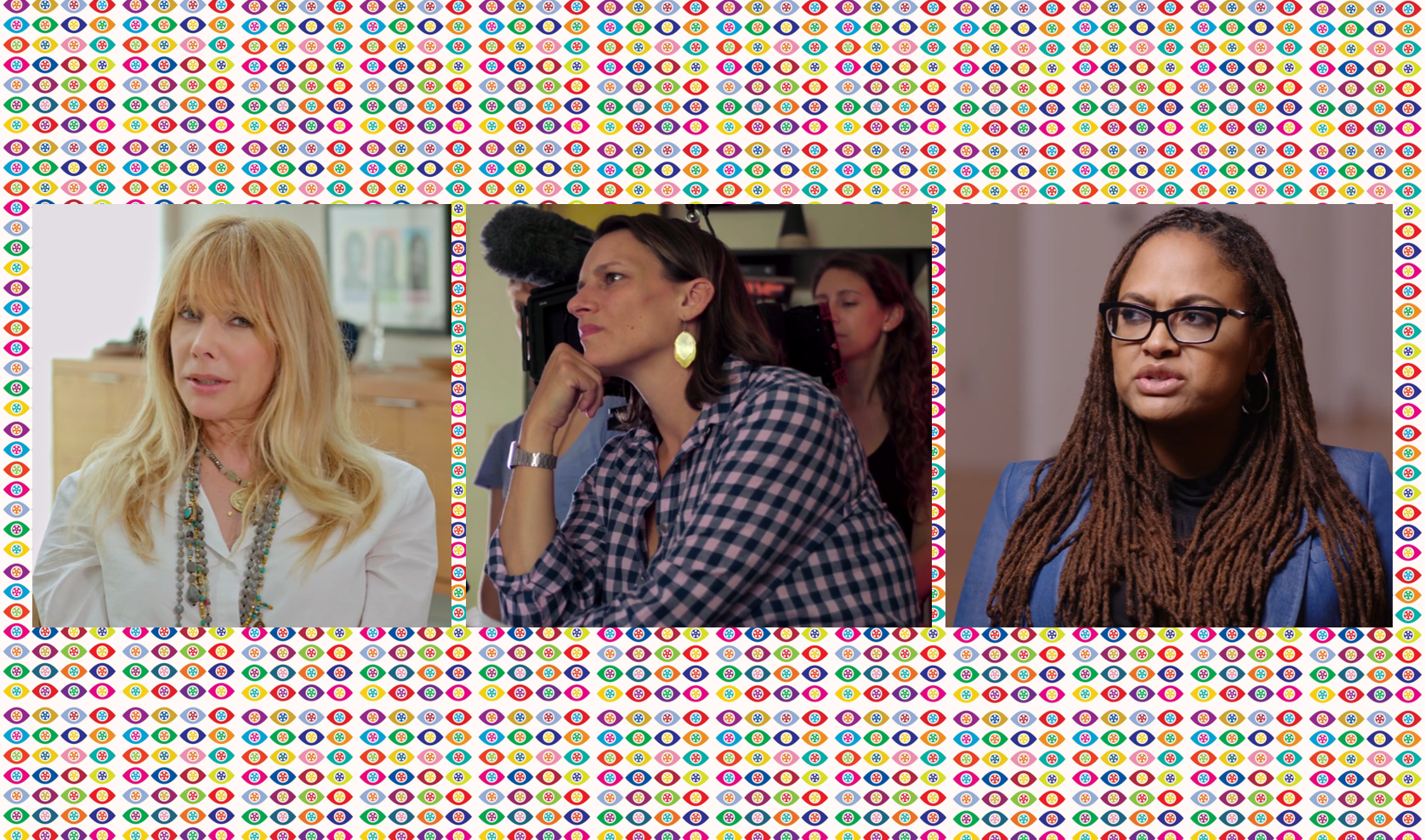 Hollywood needs calling out: in the post-Weinstein world of cinema we’re calling Time’s Up on the inequality and abuse, and making room for the tales of the women who have had enough. Filmmaker Amy Adrion is listening, and she’s brought together some of the most influential women from cinema to tell their stories. Beginning filming in 2015, before the events of the past year and #MeToo, Adrion sent out to expose the fundamental civil rights issues for women in the industry, seeking to prove that women in the industry are simply not offered the same opportunities as their male counterparts.

The director emphasises just how ingrained sexism is in Hollywood with proof from the likes of Ava DuVernay, Catherine Hardwicke and Rosanna Arquette to name a few, and they confirm the double standards that they have encountered while describing their own career paths. Whilst being a heartbreaking look into the realities of a rotten at the core industry, Adrion’s documentary is hopeful: it celebrates women’s creativity, tenacity, strength and talent whilst exposing the trauma they have faced. We talked to Amy Adrion at Sundance London to find out what needs to change and how it feels to be a part of the powerful movement right now… 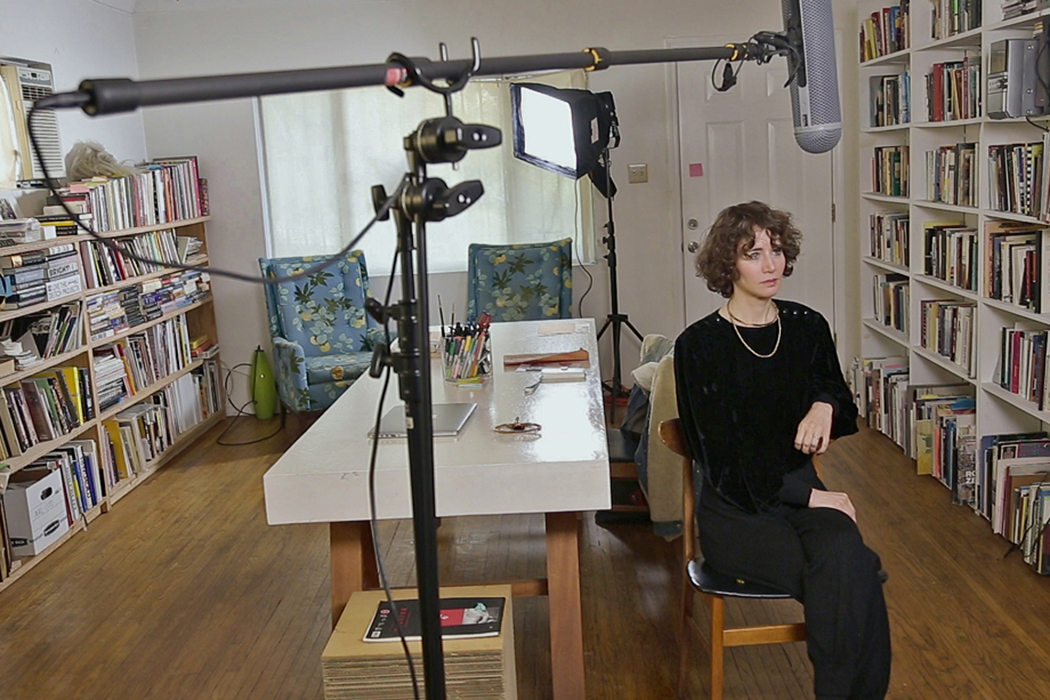 Miranda July in Half the Picture

Was there a moment when you knew you had to make this documentary?

I’m a female director so I’ve been aware of these issues for a very long time and women have been talking about these issues for a very long time. But when, in the US, the ACLU took this on as an investigation to look into systemic discrimination and found out all the ways women are discriminated against – that was a gamechanger. It really gave legitimacy to a lot of these women who had been talking about this for a long time and had been dismissed as complainers or women who just didn’t have what it takes. So, once that happened it seemed like things were on a different level and things were being taken more seriously than they ever had. I wanted to investigate that. 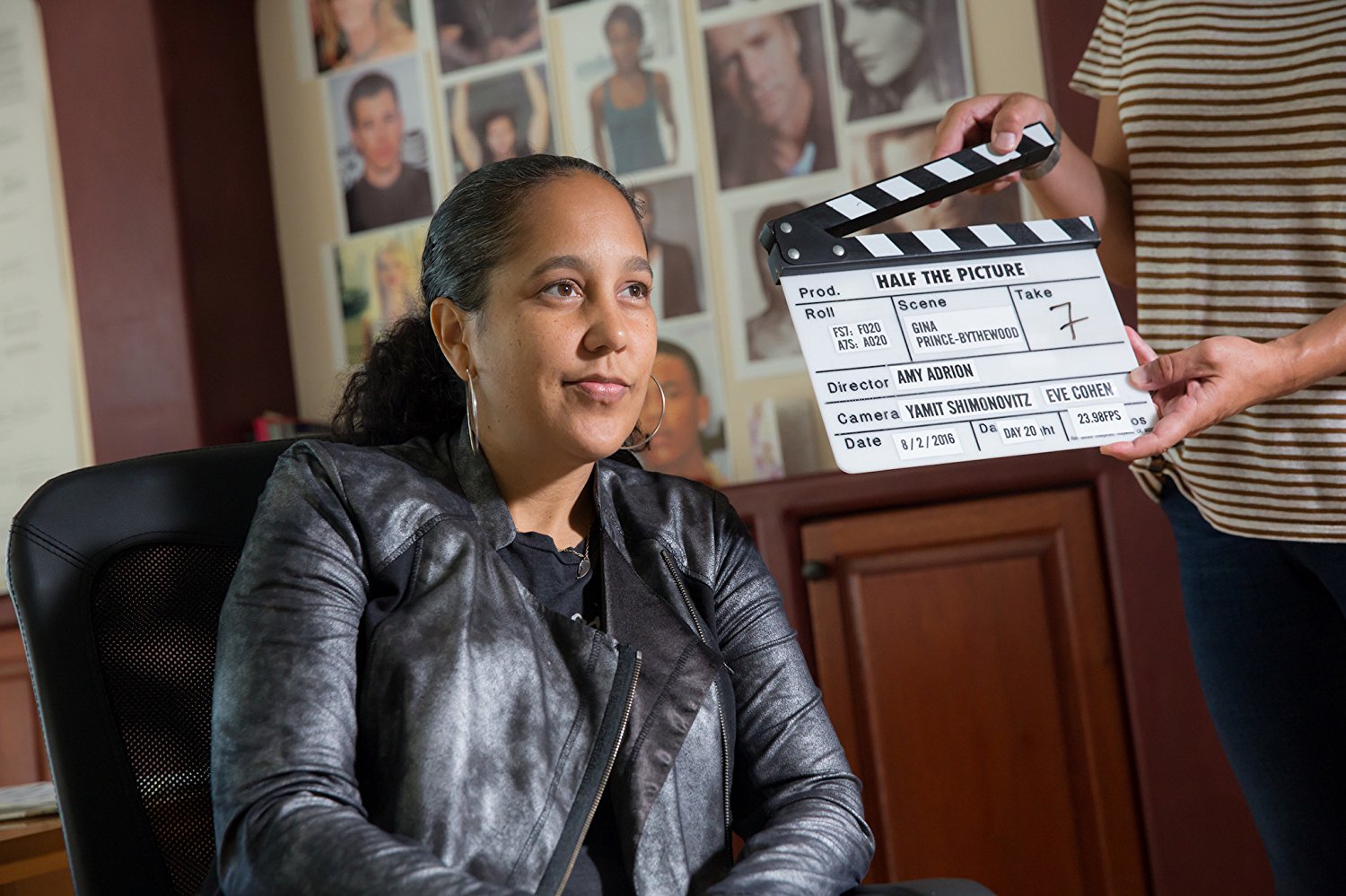 Gina Prince-Bythewood in Half the Picture

Obviously, you started creating it in 2015, and now it’s the post-Weinstein era: do you the documentary would be much different?

I think the conversation has changed. In the film we talk about various challenges women have faced and there’s a small section where women talk about sexual harassment, and honestly, the way women talked about those stories prior to Weinstein was very different. Women still felt they had to present it as: “here’s how I outsmarted this man in this bad situation and I made it through, ha-ha everything’s okay”. I think now women have dropped that pretence and their able to say: “this is what happened. This is bullshit.”

Yeah, exactly. It took a lot of courageous woman recounting stories, which would have been humiliating to talk about, for that conversation to change. So, I’m very grateful to them for having done that. 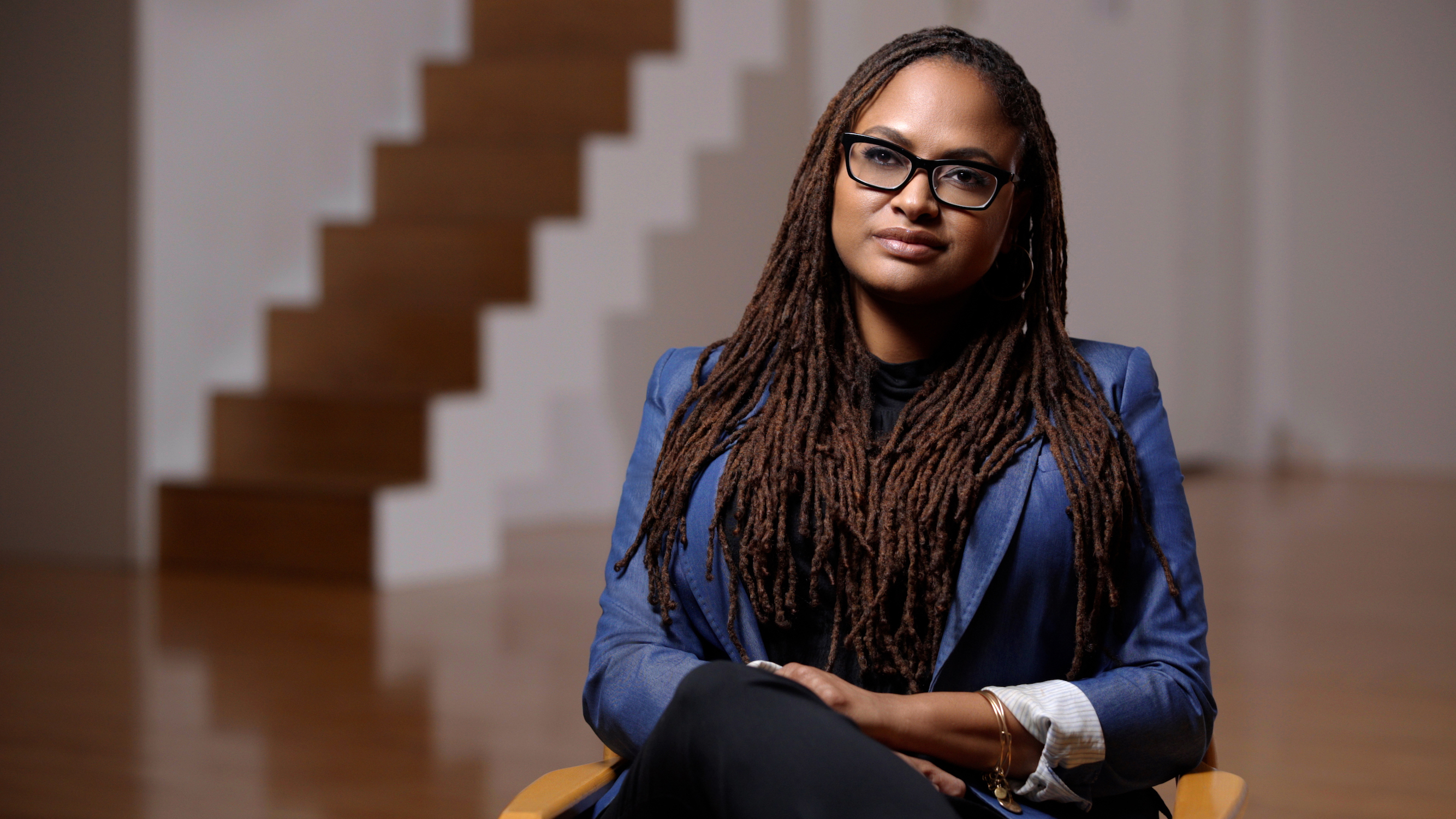 Ava DuVernay in Half the Picture

Does it feel like a more positive time now, as a female director?

I mean, I have to say yes. But, yes it does: I just wanna keep seeing the women in this room who made incredible films keep getting opportunities they deserve to get. I think that’s only really going to happen when we keep pushing and talking about these issues – it’s not going to happen on its own.

How exactly do you feel around the predominantly female Sundance London line-up?

It’s incredible. I mean I’m sitting across Debra Granik – I loved Winter’s Bone and she is such an example, as many women are, of someone who made an incredible film and launched the career of Jennifer Lawrence and then has taken her a while to get that next film. And that is way too common. You think, if a man had made that film, they would have had opportunities lining up for them.

Yeah, it was so upsetting in the documentary to see how little opportunities Catherine Hardwicke got after finishing Twilight.

Yeah, exactly! I mean Hollywood’s a business so a lot of the conversation has been: women would get hired more if their movies made more money. But their movies do make money and they still don’t get those opportunities. So, it’s not even an economic argument: it’s a cultural argument. 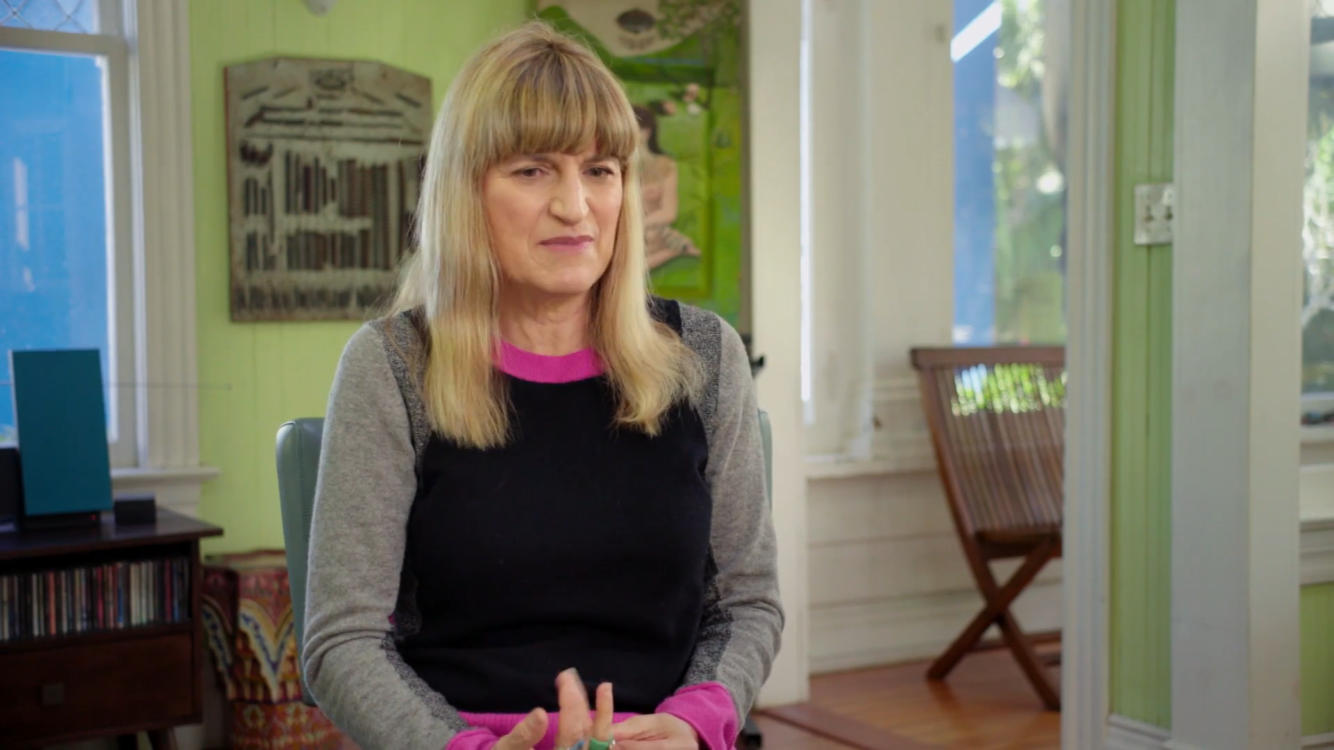 Catherine Hardwicke in Half the Picture

Do you feel like the ‘Inclusion Rider’ is going to be a big step for female creatives?

Yeah, I think it’s one step. I think it’s all these different women speaking out in their own ways and it’s a many pronged attack. You need the legal case, you need women speaking out at high-profile events: whether it’s the Oscars, the Golden Globes, or Cannes. I don’t think there’s one answer or else it would have been solved, but it takes women speaking out in all these environments to keep the pressure on. I’m so grateful to women like Frances McDormand or Natalie Portman or Jessica Chastain at Cannes. You can’t underestimate how much political capital it takes for them to make those statements. They’re in rooms full of people they are hired by and who they need to charm to get their next opportunity – so, it’s just so badass.

What were the most important films for you when making the doc and in your own personal journey?

I would say Half The Picture shouts out a lot of them, so there’s not really one or two in particular. But so many of the women in the film are people I’ve admired in films I’ve loved forever. This film was an opportunity to recognise that work a lot of these women are so talented and their names don’t get mentioned in the cannon of best directors: so, it was a way of resurrecting their work and reminding people of their talent. Part of that may be that so many people who write about film are men, so you hear the same male names being bandied about. But, you just look at a clip of Boys Don’t Cry or American Psycho or I Love You Basketball and you go: right, that was such a good movie! So, this was a really fun opportunity for me to showcase them. 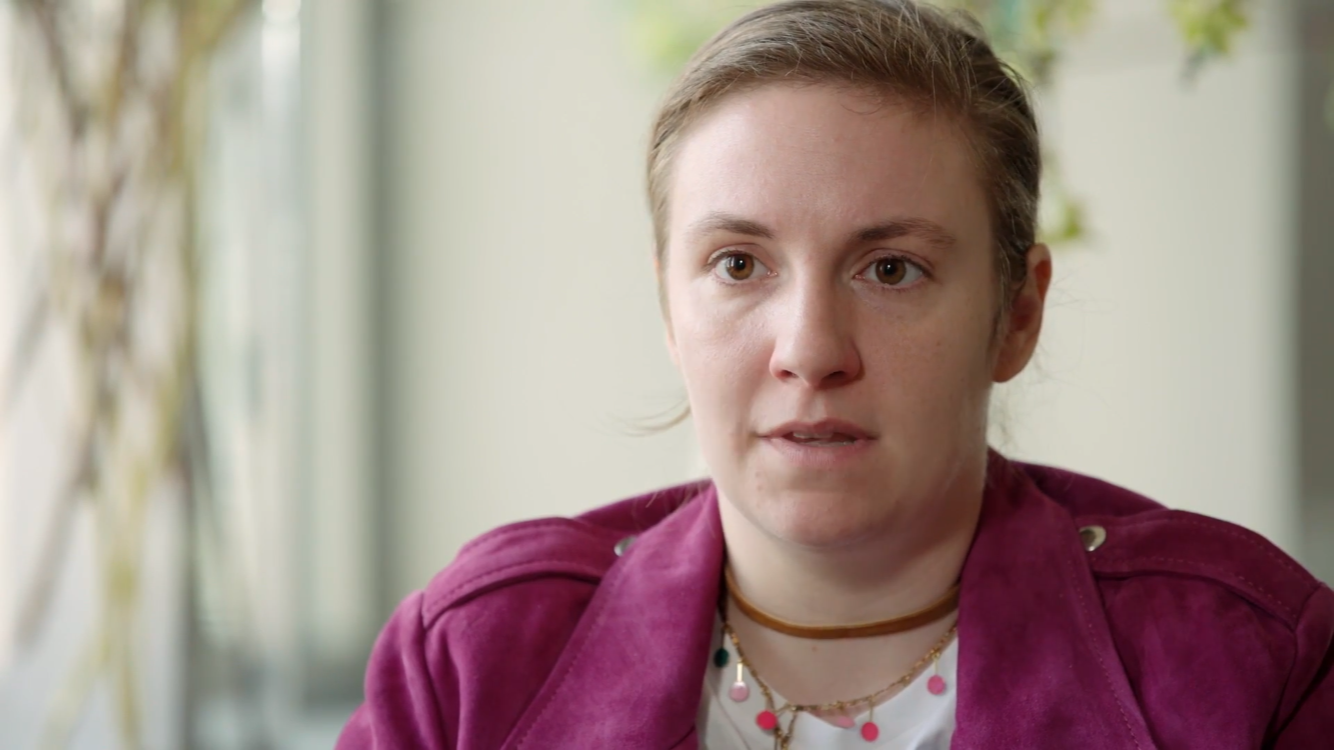 Lena Dunham in Half the Picture

Where do you think this has led you – what’s next for you?

I want to make a narrative film next about a high school girls’ basketball team, so something very different. I feel like it’s, not selfish but, any one story isn’t indicative of a larger change, but I have to say this film has been transformative for me – I’ve learnt so much and been really inspired talking to them and it’s such a privilege to be able to share this film with the world.

Half the Picture premiered at Sundance London and won a special #WhatNext prize. It screens again Sunday 10th June at 3pm, for tickets click here. Watch the trailer below now.