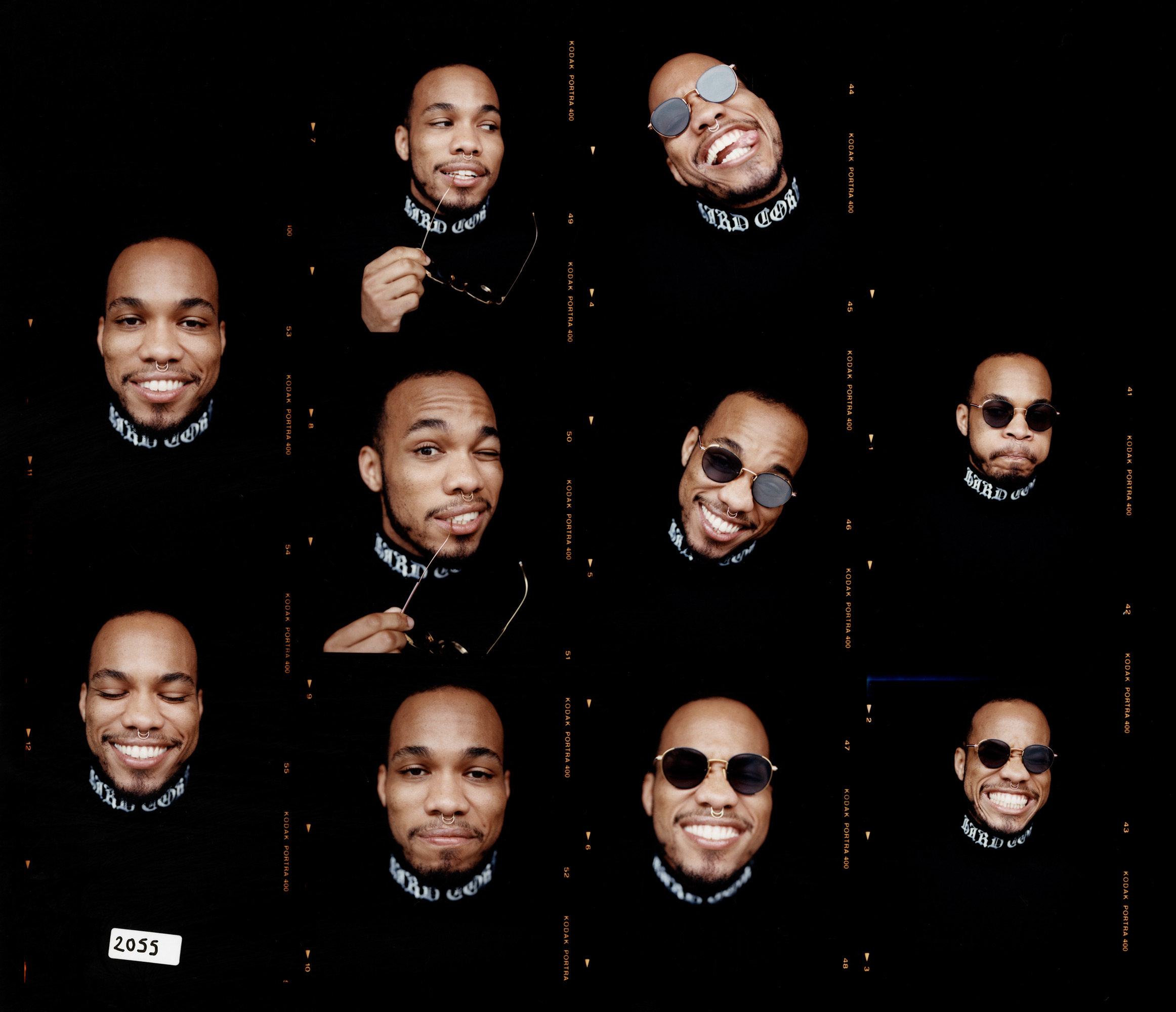 [A]nderson .Paak is living proof that it takes years to become an overnight success. Right about now he’s one of the most sought-after men in the music business, since being seemingly plucked from obscurity to feature on six of the 15 tracks on
Dr Dre’s Compton album just last year.

But the now 30-year-old had been ducking in, out and around the game for more than
a decade, honing his mix of 60s and 70s funk and soul, hip-hop, R&B and electro, and recording and performing under the name Breezy Lovejoy for most of his twenties.

Brandon Paak Anderson was born in Oxnard, California to a half-black, half-Korean mother (who was orphaned, then adopted by an American GI and brought to the US in the 1950s) and an African-American father, and his life thus far has been eventful. As a child, his father was sent to jail for assaulting his mother (something he bore witness to), who was then herself imprisoned, when .Paak was 17, for failing to declare winnings from a gambling addiction that took hold after her small strawberry farming business was destroyed by storms. There was a brief marriage at the age of 21 and then
a second, and time spent harvesting medical marijuana – work that brought in good money but was short-lived enough to force him and his pregnant wife into a period of homelessness. 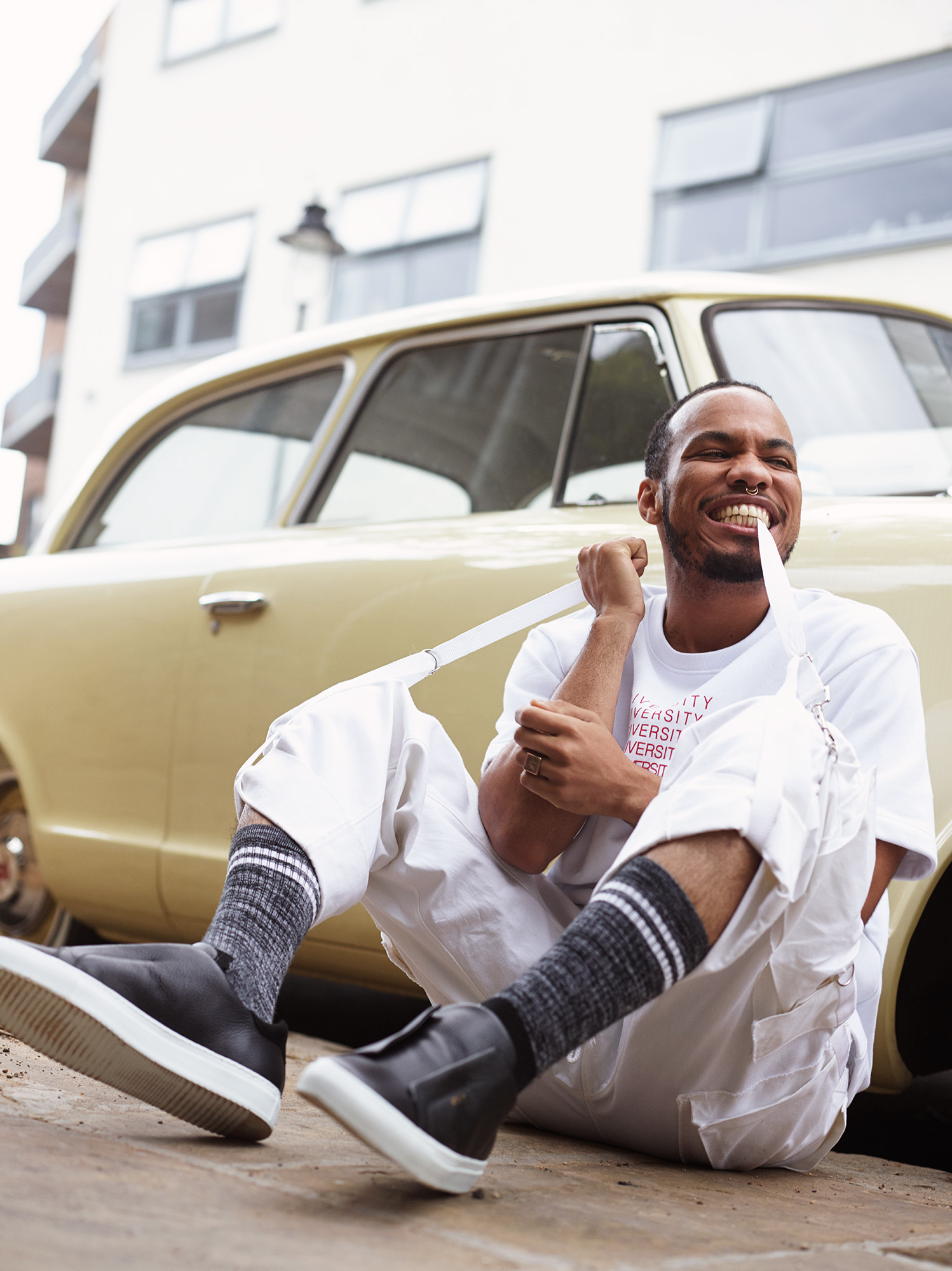 "If you’re a true artist you’ll be affected by the world around you. That’s why when people get rich, their music goes to shit, and when they’re struggling their music is fucking amazing."

This seems to be the turning point at which his focus sharpened and he decided to channel his undeniable talent and willingness to succeed into quantifiable returns. The name issue for one is telling: although he continued to use the Breezy Lovejoy moniker up until 2012, recording two EPs under the name in that year alone, when he inverted his surnames and adopted the dot before Paak – a reminder to himself and others to pay attention to detail – things began to change. His self-released debut under his new name, Venice, was well received if little heard, while his collaborative project NxWorries with producer Knxwledge spawned a single, “Suede”, that went viral and brought him to the attention of Dre. Which brings us back to Compton (where his mother first lived) and in a roundabout way to the opening chapter in an already well-lived life.

Have things changed drastically since working with Dre or did the experiences you gained in the industry before that give you a better sense of how to deal with things?

I think everything that’s happened with me has been a slow burn; there haven’t been too many times where things have just changed like night and day. The Dre thing helped with the accolades and being part of that lineage, just working with that alone did a huge amount to help my career. At the same time, though, it hasn’t been something that’s changed my life dramatically, and I thank God for that. I was also really glad that I had a project [the album Malibu] of my own to put out. It was like 60 percent done, so I was pretty much ready to go. So that was huge. I can’t imagine being stuck not being able to capitalise off that.

Has there ever been much of a plan to what you’ve done over the years?

Since I started playing drums at about the age of 11, there really hasn’t been much else that I’ve been into. I’ve definitely fallen in and out of it because you find yourself asking whether this thing is going to be your means to an end – “Is it the way you’re going to make your money?”I knew I would do it regardless, but when you step toward the business side of things and know that you want it to be the thing that supports you, you have to allow other people to step in and take care of things for you. That’s when it can get confusing and overwhelming. 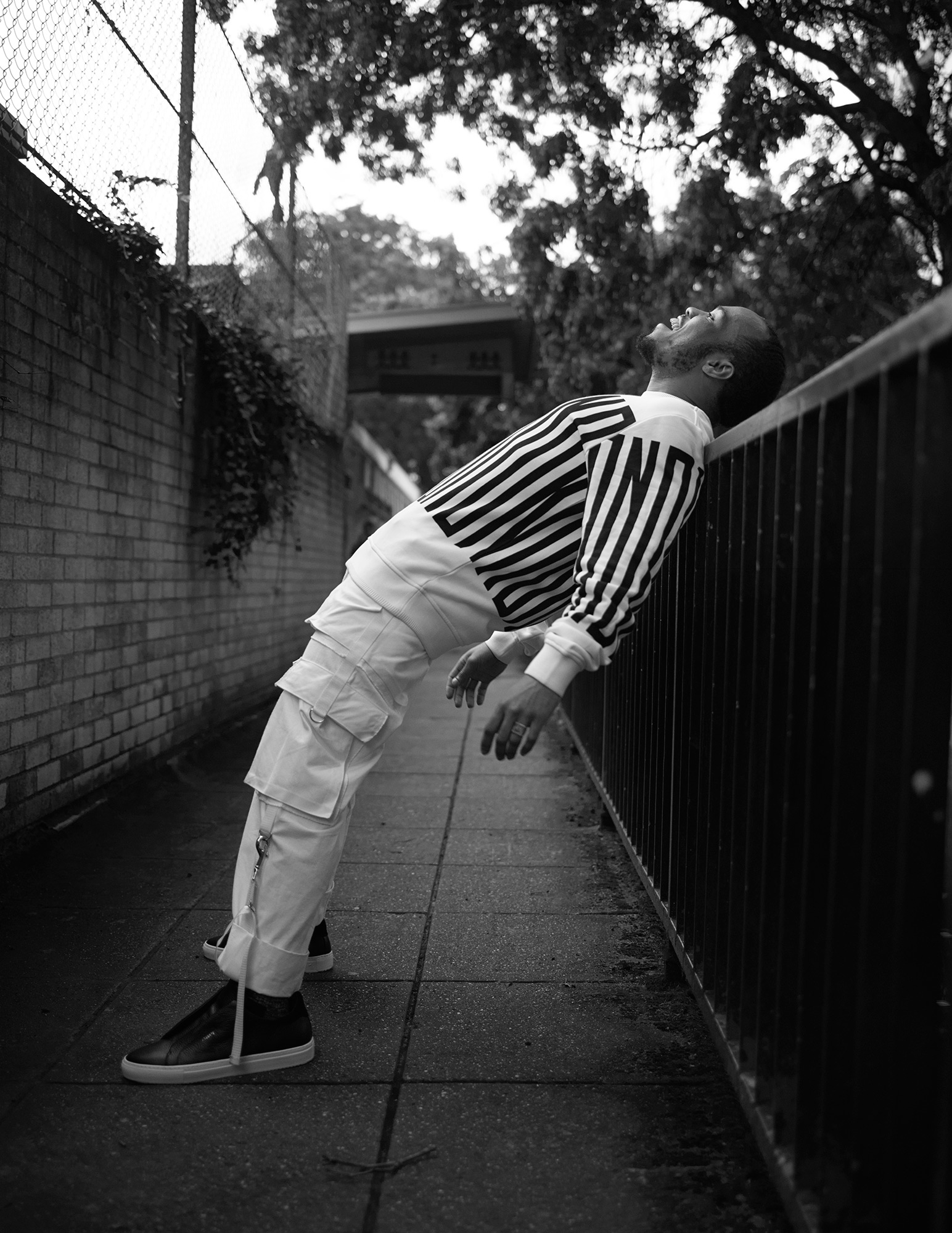 "It’s rare you get music today that has staying power. It feels like an aesthetic makes more of an impact these days."

Was there any sense of frustration that you’d been working so hard for so long without recognition?

Absolutely. I was impatient, seeing other artists come in at a fraction of the time and just skyrocket. It can be tough playing shows, breaking your neck and just working, working, working to get just a little bit of respect. Definitely there were lots of years of frustration. Even now I might have a little bit of a chip on my shoulder about it, but I think it established a lot of character for me. That time put in was necessary because I think I would’ve been unappreciative if it had happened really fast. I would’ve lost it very quickly, I don’t think I was ready. Now everything is in perfect timing and I’m able to appreciate everything that happened before because it took so long. I saw a quote once that said, “The longer it takes to get to the top, the longer you’ll stay there” – and I really believe that. People like Jay Z, Pharrell, they were grinding for years and years before they got to where they wanted to go. I needed all that time to clear my head, clear my vision and truly see what I wanted.

Do you worry about some of the younger generation and how quickly they’re coming up? It could be a concern that they get to promote themselves through social media and then get ripped apart by labels.

It’s what I see. Not only that but the proximity between the artist and the fan is so close, you can spend days looking at what everyone thinks. This wasn’t a concern of artists before. You made an album – a whole album – and to do that was huge, then you toured it for like a year and to know what people thought you got fan mail that would take who knows how long. I feel like a lot of stuff now gets real pretentious because they’re looking at how people respond so quickly and some people are highly affected by that. It’s rare you get music today that has staying power. It feels like an aesthetic makes more of an impact these days. But at the same time, I want to see what the younger generation is doing and appreciate it. I was always annoyed with older generations shutting out whatever new was happening. You don’t have to agree with what’s going on with the younger generation, but I want to have a conversation and have my opinion be part of the conversation. Something I will say for the younger generation – it’s way harder to fool these kids now, they know what’s going on.

Do you mean in the way they respond to the world around them?

I feel like if you’re a true artist you’ll be affected by the world around you. That’s why when people get rich, their music goes to shit, and when they’re struggling their music is fucking amazing. The people around them, the things they’re going through – their art is a direct reflection of that. They need to create in order to live. The people I respect aren’t just living life, seeing things and ignoring them.

The full interview with Anderson .Paak is available in issue 11 of Hunger magazine, out now. Find your nearest stockist here or purchase a copy here.