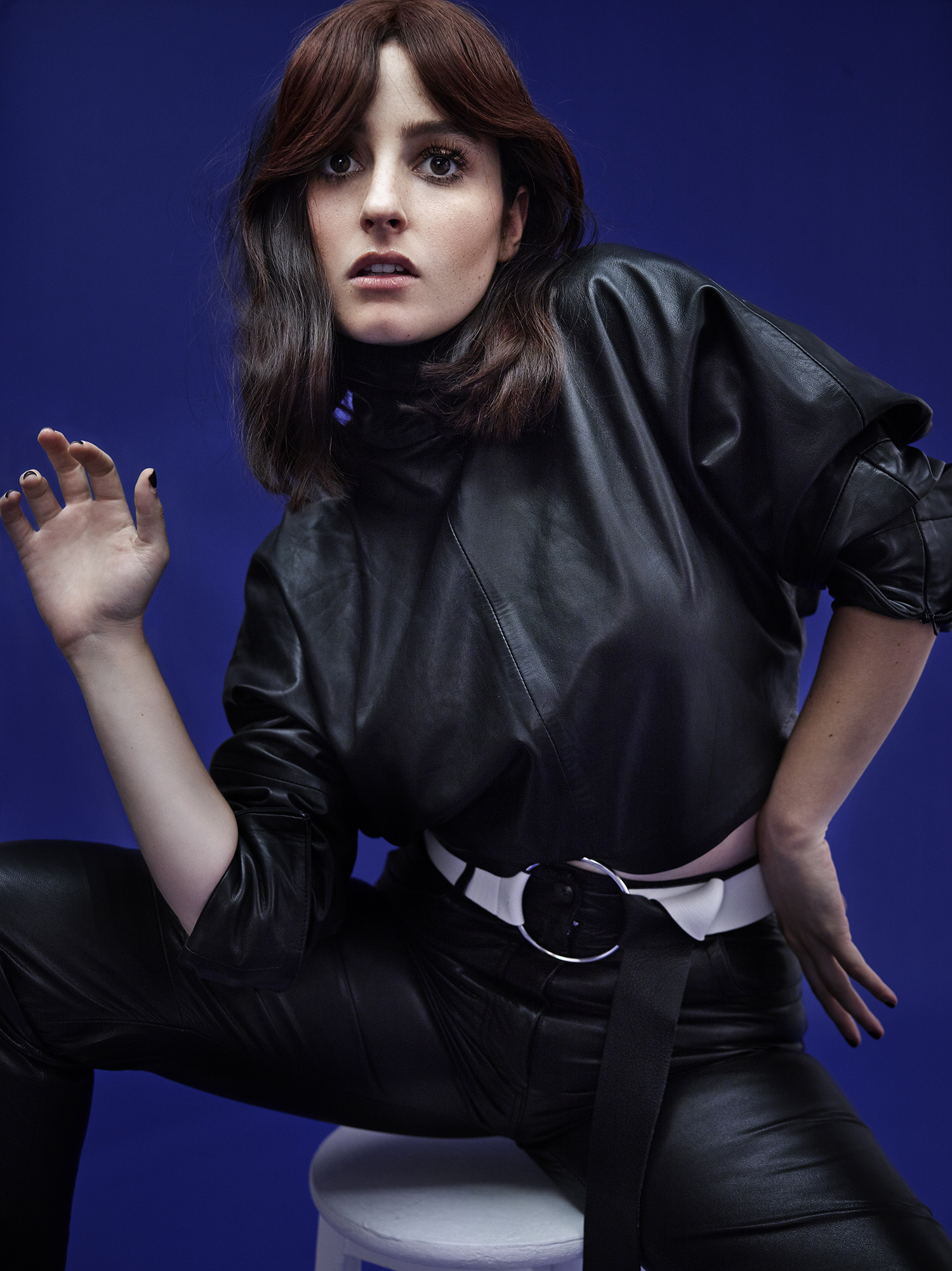 [I]t’s been three years since BANKS surfaced the music zeitgeist. After the release of her EP London she was a cover star of Hunger Issue 7, and ended our interview by reminding us to always “be unapologetically you”. It’s stellar advice for her fans, but also a sentiment the enigmatic singer fervently applies to herself too.

BANKS’ second album The Altar was released last week. Featuring songs like Fuck with Myself and Gemini Feed, it’s an expulsion of insecurity and a submersion into our dualities and contradictions. Never one to swim in the emotional shallow end, BANKS prefers to go as deep as humanly possible, she does so with obsidian R&B beats and an inimitable vocal range, which on this album, has been pushed and challenged further than we’ve ever heard from her.

The alchemy of BANKS is rooted in her ability to replicate feelings with her music. Seldom light-hearted, her emotional processing resonates with her legions of fans in a way that’s established her as an indelible force in the music industry, even if the “industry” stuff isn’t really her scene. We caught up with her to discuss some of the dualities in her latest album, introvert vs extrovert and how she’s been fucking with herself more than anybody else.

Hey BANKS, what visuals came to you whilst writing The Altar ?

It’s funny when I write music I don’t consciously think about the videos that go along with it. The imagery comes from a whole world that lives inside my mind. It comes out naturally when I make videos. I’ll be looking for atmospheres that support my songs: textures, moods, colours….it’s from creative warp I live in, inside my head. 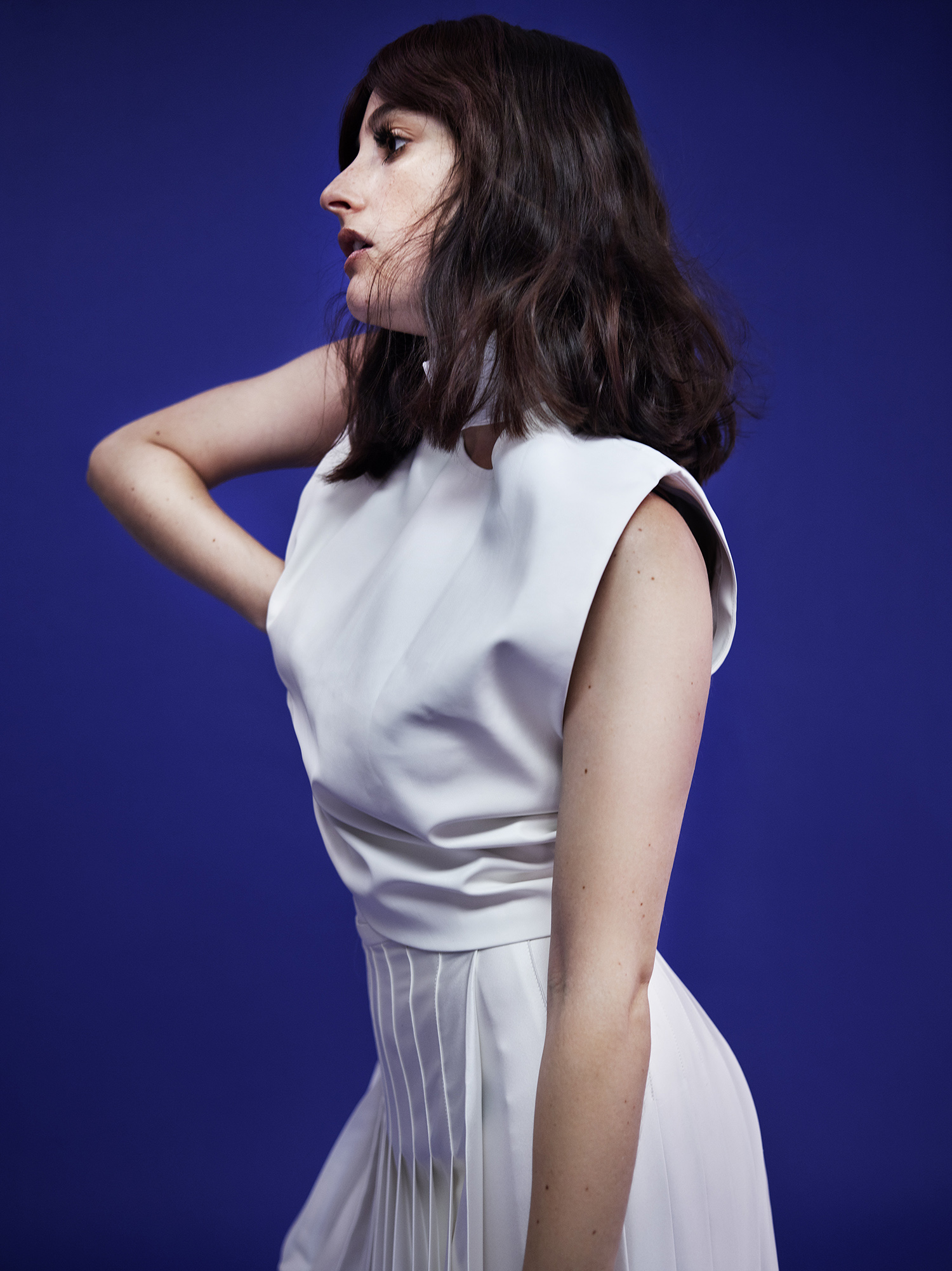 I think I’m an introverted extrovert, or an extroverted introvert....it breeds anxiety either way [laughs]. I feel lonely when I’m alone for a really long time, but when I’m alone that’s how I regain my energy. 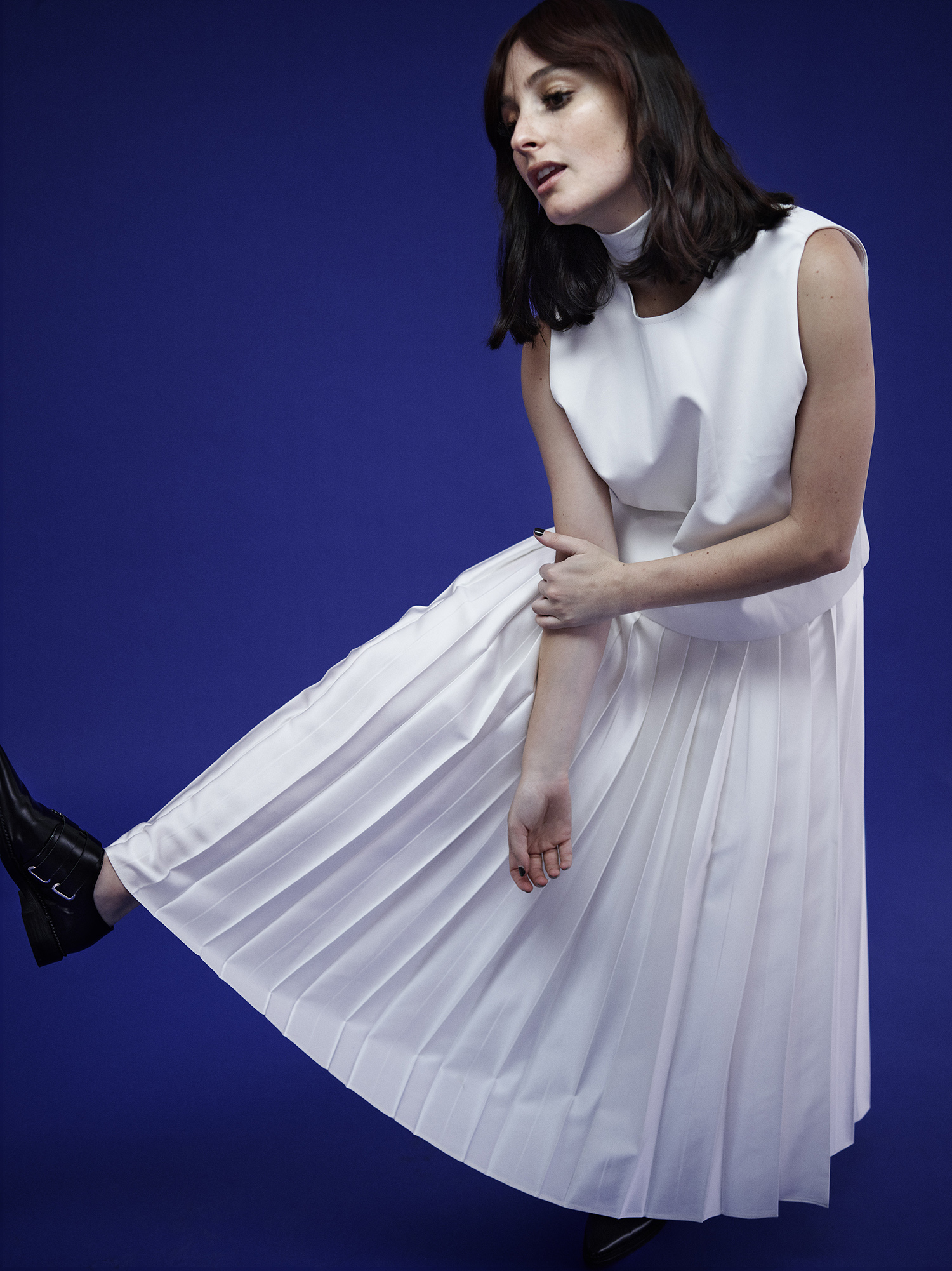 There’s always some sort of element of great strength and sensuality I guess. Because my music is so human and I think humans are, at our core, sensual. We like to be touched, we like to be understood. Duality has been a major theme in every song, there’s always two sides to something, whether that’s within a relationship, darkness and light, destruction and creation, young and old, being wise, being dumb…

Can you describe the feeling of releasing an album into the world? Is there anything you can equate it to?

Hmm, there’s not really a word that has been made to describe the feeling. I would have to write a song about it [laughs]. There’s a lot of different things it feels like and one word or one sentence wouldn’t do it. To describe the feeling I would have to record a song with a lot of screaming in it and a lot of terror…but also excitement and chants of a meditative hum and some sort of spicy top line melody with bad ass lyrics.

That sounds like a great song, you should write it. Fuck With Myself is an anthem for self-empowerment, with regards to that do you think of yourself as an extrovert or an introvert?

I need to be alone a lot, but I also love being social with people that I love but it drains me sometimes. A lot of my friends who are artists are like that as well, maybe it’s a trait of a creative person. 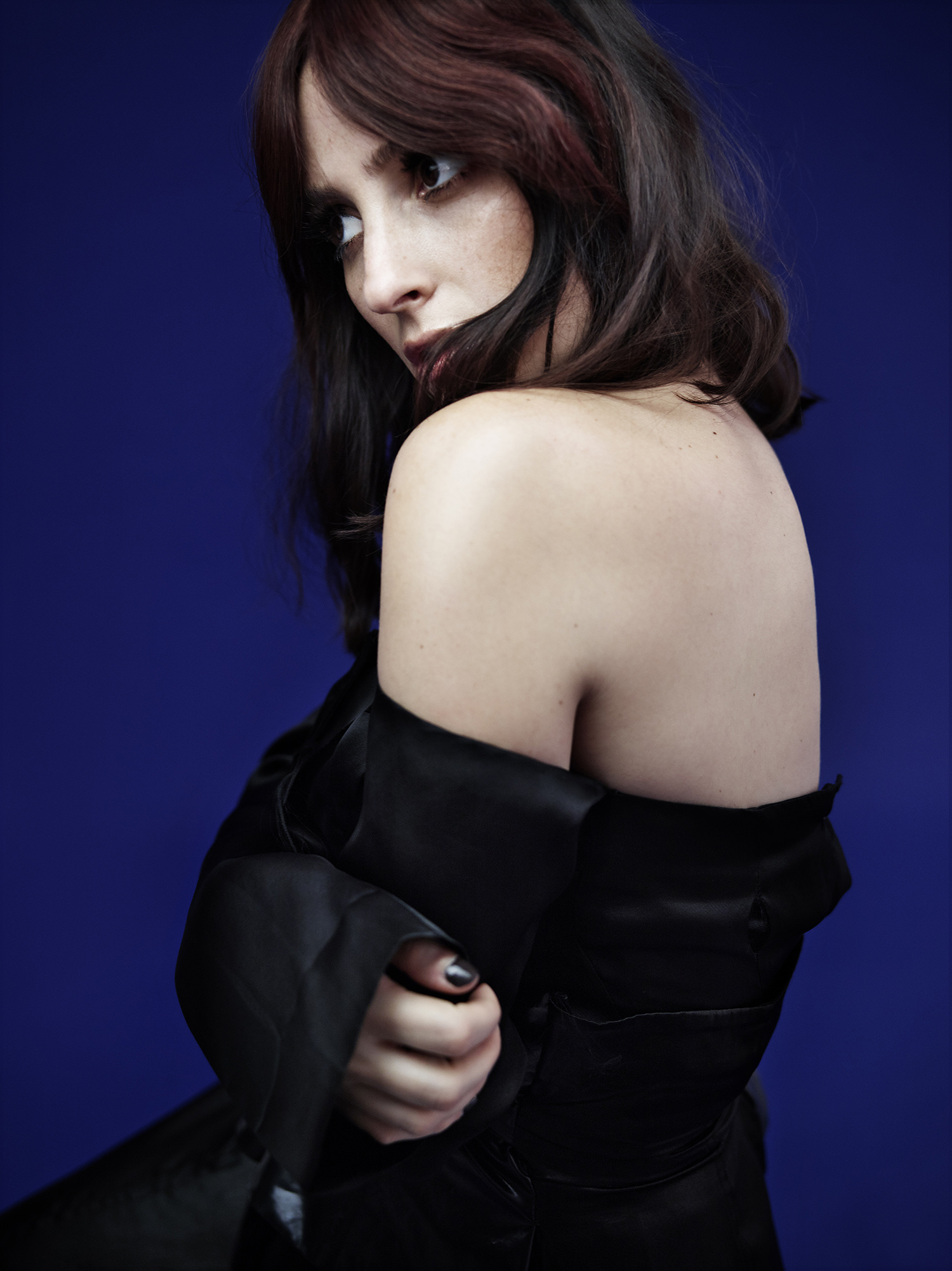 My music is so human and I think humans are, at our core, sensual. We like to be touched, we like to be understood...

As well as creative, your music is very introspective - I can imagine your creative process engendering a lot of self-reflection, and analysing. How do you take a break from that?

Is that hard for you?

Actually, I think because from day one, I’ve never really talked about anything personal – although my music is so personal, I definitely don’t talk about private life. It’s not that hard for me to do. Sometimes, it is very hard for me to switch my mind off, I’m a perfectionist and I can get obsessed with things. I really like stepping away from the behemoth and just being with friends and family and doing stuff that I like that’s really important to me.

Cool such as what?

Anything that doesn’t relate to music, going on a walk, making dinner, galleries, meeting someone for a drink. The friends I have are ones I have kept for years and years. So they give me energy.

You’ve mentioned the song Mother Earth came from your depression - have there been any other representations of depression or mental health that made you feel better about talking about it more openly?

Hmm, other artists? When I was younger, somebody that I listened to that did that was Fiona Apple. She’s great. For me, it’s not just about depression, but just talking about real emotion….that feels honest. That could be any type of artist. I was just thinking about this recently how I could hear two people play guitar. Even if one of them are trained, if their heart isn’t it, I hate listening to it. They could still love playing guitar, but there’s something different that comes from this need to do it, this really intense part of your soul, I can tell the difference between someone who writes the song, and someone who’s just playing it. 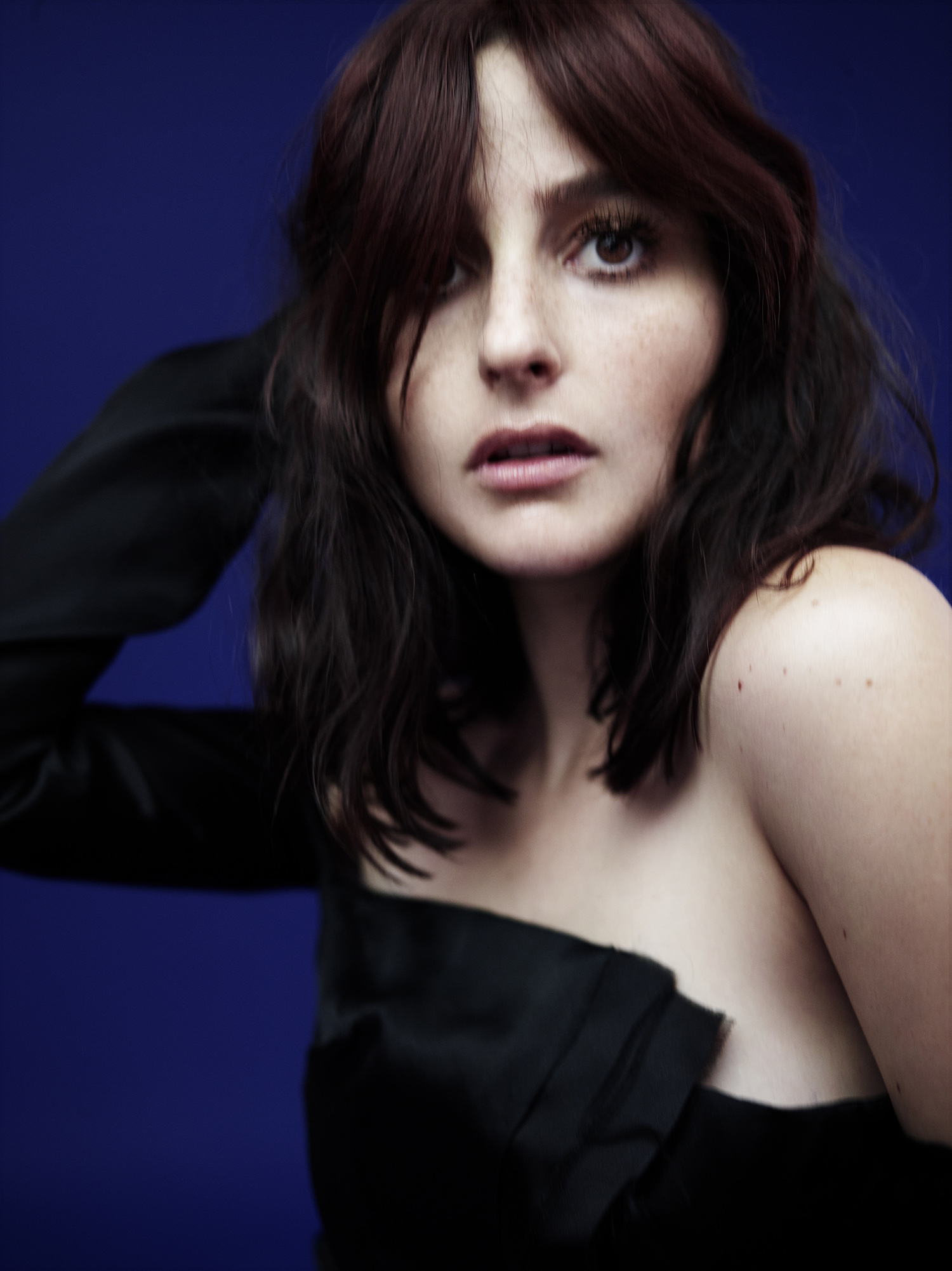 Ok so if someone was going through a really bad time what song would you play for them?

It would depend if I was trying to get their mind off of something, or have them dive into their own emotions. Maybe i’m overthinking again. Ok to get their mind off of something I would play oldies music, or something fun like Missy Elliot or something.  And then if I actually wanted to empower them…well, since The Altar did just come out and I’m feeling super empowered from that I think I would play Weaker Girl or maybe Fuck With Myself. It has a bravado about it, it’s not even from a sad, wounded away. I don’t even need to take it seriously, because it already is so serious. It’s like yeah, sneaking up to somebody and slapping them across the face, haha.

That’s a great. How was your tour, where was your favourite place?

Hmmm. I loved Montreux. I played the Montreux jazz festival. It was one of the most beautiful places I’ve ever seen. It really looked like a Disney movie. There’s a lake, there’s flowers, street performers…a castle. There was this game you could play, if you kick a soccer ball through this little hole, you could win a stuffed animal. Anyway, no-one thought I would be able to but I did it. I have it on video.

That’s a great way to fuck with yourself. Thanks BANKS!