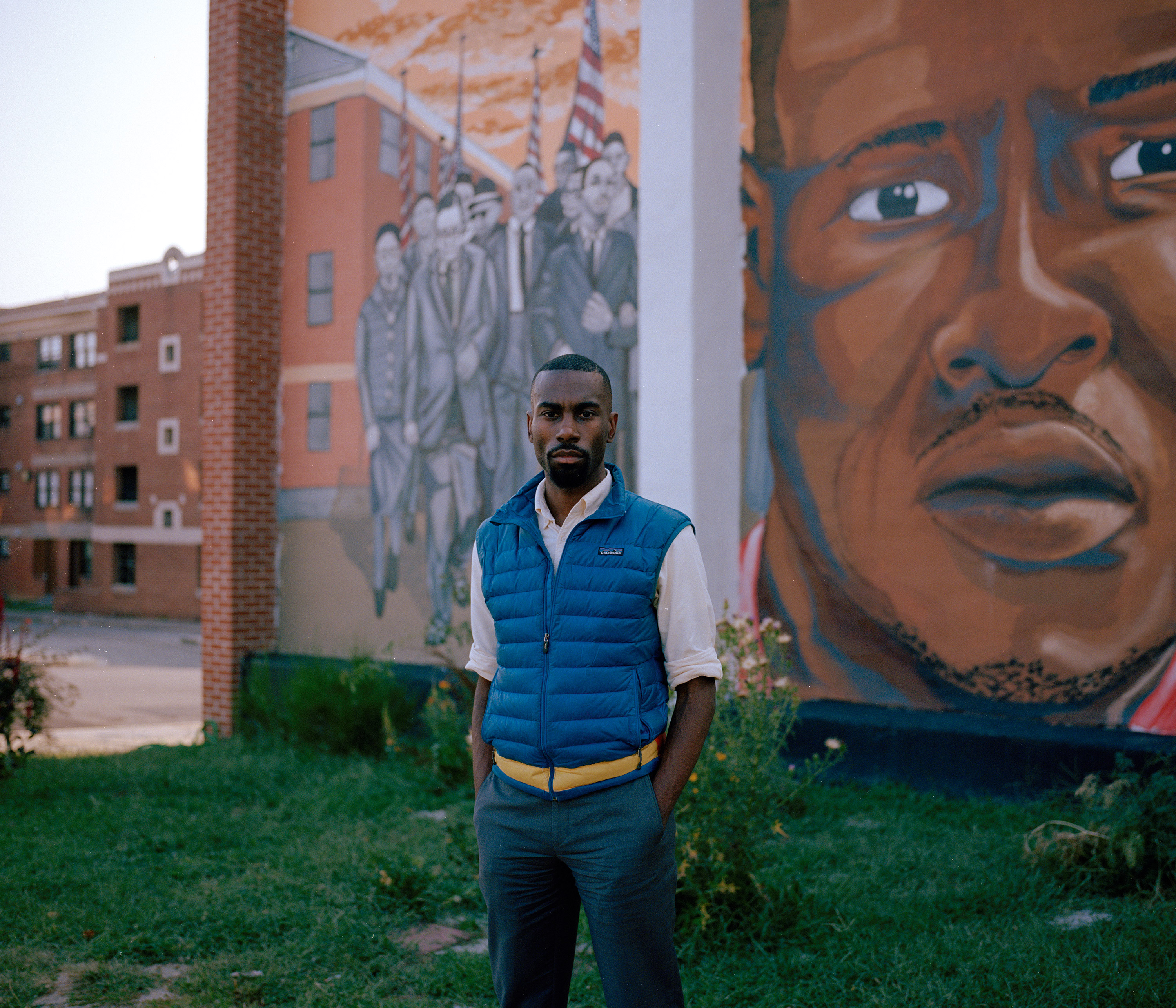 [“][I]t was August 16, 2014, and I was living in Minneapolis,” recounts DeRay McKesson softly. “It was one o’clock in the morning and I was sitting on my couch watching the events in Ferguson unfold on the TV, but at the same time I was looking on Twitter, and the comments were not telling the same story. I wanted to go and see for myself, so there and then I got up, packed a bag, and got into my car.” The subsequent nine-hour drive from Minneapolis to the city of Ferguson in St. Louis, Missouri, would change DeRay’s life.

Once there, a night turned into a week, and then a month, and while couch surfing at friends’ houses in the area he became fully immersed in the protests surrounding the shooting of black teenager Michael Brown by white police officer Darren Wilson that had happened a week earlier and sparked the unrest. The first wave of protests saw police use tear gas and rubber bullets at what had started out as peaceful demonstrations. There were even reports that a police officer allowed his dog to urinate on a flower memorial laid for Brown.

On August 16, a state of emergency and a nightly curfew was introduced, and the following night – DeRay’s first night there – a protester was shot and critically wounded, though police denied firing any shots. In the days that followed, numerous people were arrested and President Obama dispatched Attorney General Eric Holder to Ferguson. At Brown’s funeral on August 25 some 2,500 people attended the church with thousands more in an overflow auditorium. And sadly, this was just the beginning. 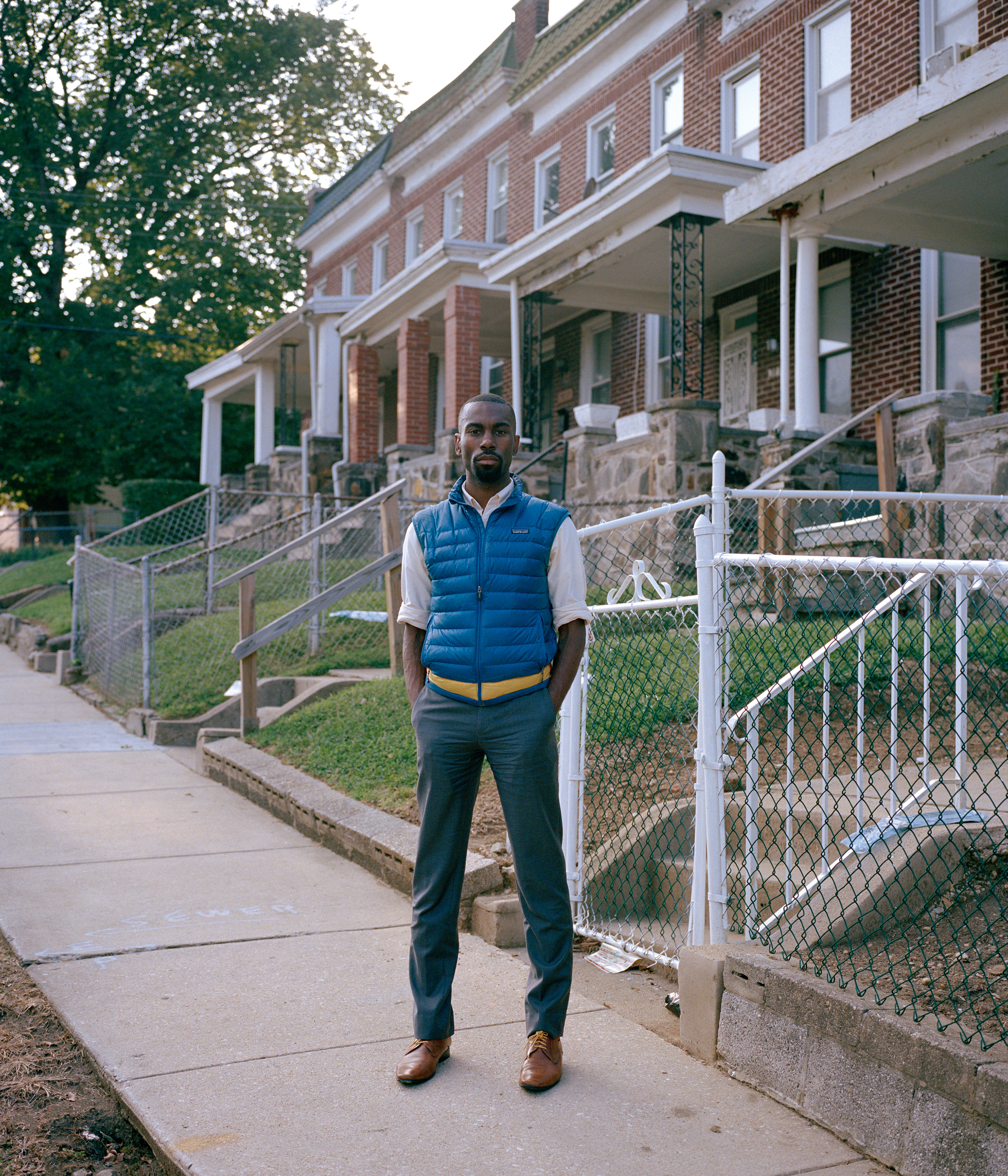 “We aren’t born woke, something wakes us up.”

“I went down there originally just to bear witness,” says DeRay. “But the first night that I got tear gassed was the moment that I became a protester. That’s when I started to understand this work differently. That was the moment that I committed.” DeRay quit his job as a teacher in March 2015 and moved to St. Louis. By that time the then 29-year-old was fully immersed in Black Lives Matter, and in the subsequent two years has become one of the most pivotal voices in the movement, even being named by Fortune magazine, alongside fellow activist Johnetta Elzie, as one of the world’s greatest leaders. “In Ferguson we were on the right side of justice,” says DeRay. “It was really powerful to see the protest spread across the country and I didn’t expect it to take off like it has.”

“But race has always been a factor,” he says. “I grew up with two parents who were addicted to drugs. My father raised us, my mother left when I was three, so I understood disparity from a young age.” But where so many have fallen into the traps of history, DeRay refused to succumb. As a teenager he was active in student government, something that sharpened his understanding of systems, the status quo and how governments impact their public. After college he became a teacher, which he says gave him “a whole different layer of understanding of how inequity impacts our kids and the responsibility that we have as adults to make this world a better place.”

This ‘better place’ however, doesn’t seem to be coming anytime soon. Since Michael Brown hundreds of black Americans have died at the hands of police in the US, including, heartbreakingly, 12-year-old Tamir Rice, for playing with a toy gun while sitting on a swing in a park. In 2016 alone, there have (at the time of writing) been 167 black Americans killed by police officers, according to the Guardian. And following an extensive survey last year, VICE News noted that “African Americans are also more than three times as likely to be killed by police than white people, according to the statistics.” 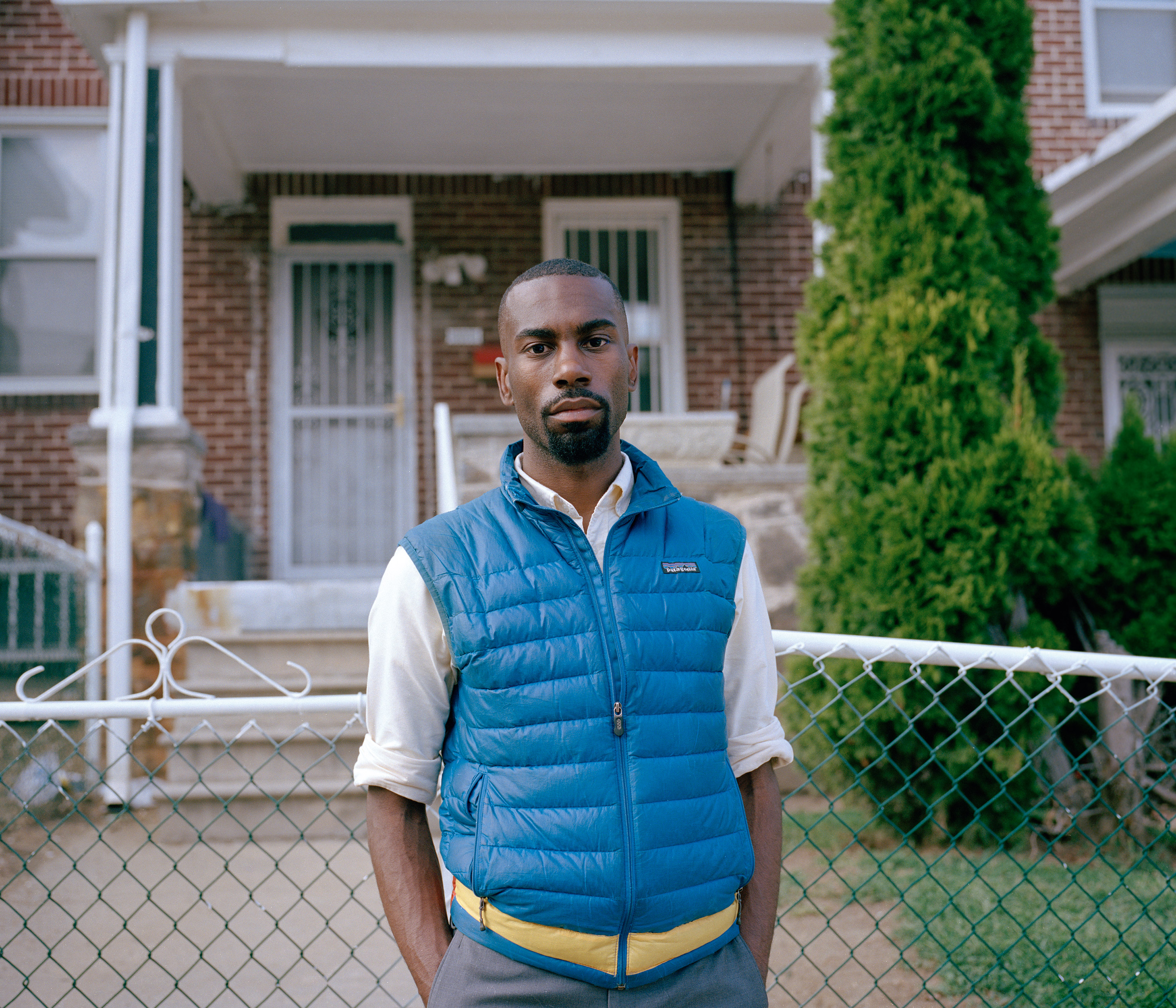 “We know that we didn’t invent resistance and we didn’t discover injustice in 2014 in Ferguson. But what we have access to this time around is a different set of tools."

It seems that we’re entering a new civil rights movement, with the outcome yet to be decided. It’s incomprehensible that in 2016, when we can send satellites to orbit distant planets and discover gravitational waves that explain the history of our universe, equality is still elusive. But the fact of the matter is that, for many, race is still an uncomfortable subject. DeRay offers his thoughts as to why.

“I think that some of it is that the conversation requires action,” he says. “If you think about reparations, at its core it’s about acknowledgement and repair. It’s about telling the truth about what happened and then doing something about it. Then we have to remember that there are people who benefit from the status quo and who have a vested interest in making sure that it isn’t interrupted. Being honest about the racist history of this country, and the presence of racism right now, demands a different type of action and a different type of response. And there are people who feel like they’ll lose something if the status quo is disrupted.

“We know that we didn’t invent resistance and we didn’t discover injustice in 2014 in Ferguson. But what we have access to this time around is a different set of tools. We know that we exist in a long tradition of struggle, but social media and technology have allowed us to build communities, mobilise differently and allow the truth to spread,” he concludes.

And it’s true. Social media has been instrumental in spreading the messages of Black Lives Matter and spotlighting injustice across the country. When DeRay was arrested at a protest in Baton Rouge in July, he live streamed it to his 500k Twitter followers, with many noticing that prior to his aggressive takedown he had down nothing wrong. Recently the harrowing Alton Sterling and Philando Castile shooting videos have gone viral, and while for some it stops at hashtag activism, for others these have been the key to opening up their eyes. As difficult as they are to watch, is social media helping to establish the truth? DeRay thinks so.

“We aren’t born woke, something wakes us up,” he explains. “For some people it’s a video, for some people it’s a news story, for others it’s a tweet so it depends on the person but without these videos being spread on social media we wouldn’t be having this full of a conversation. That doesn’t mean that every person has to watch every video, but they help to convey the intensity and enormity of the trauma and damage that is being done here.” 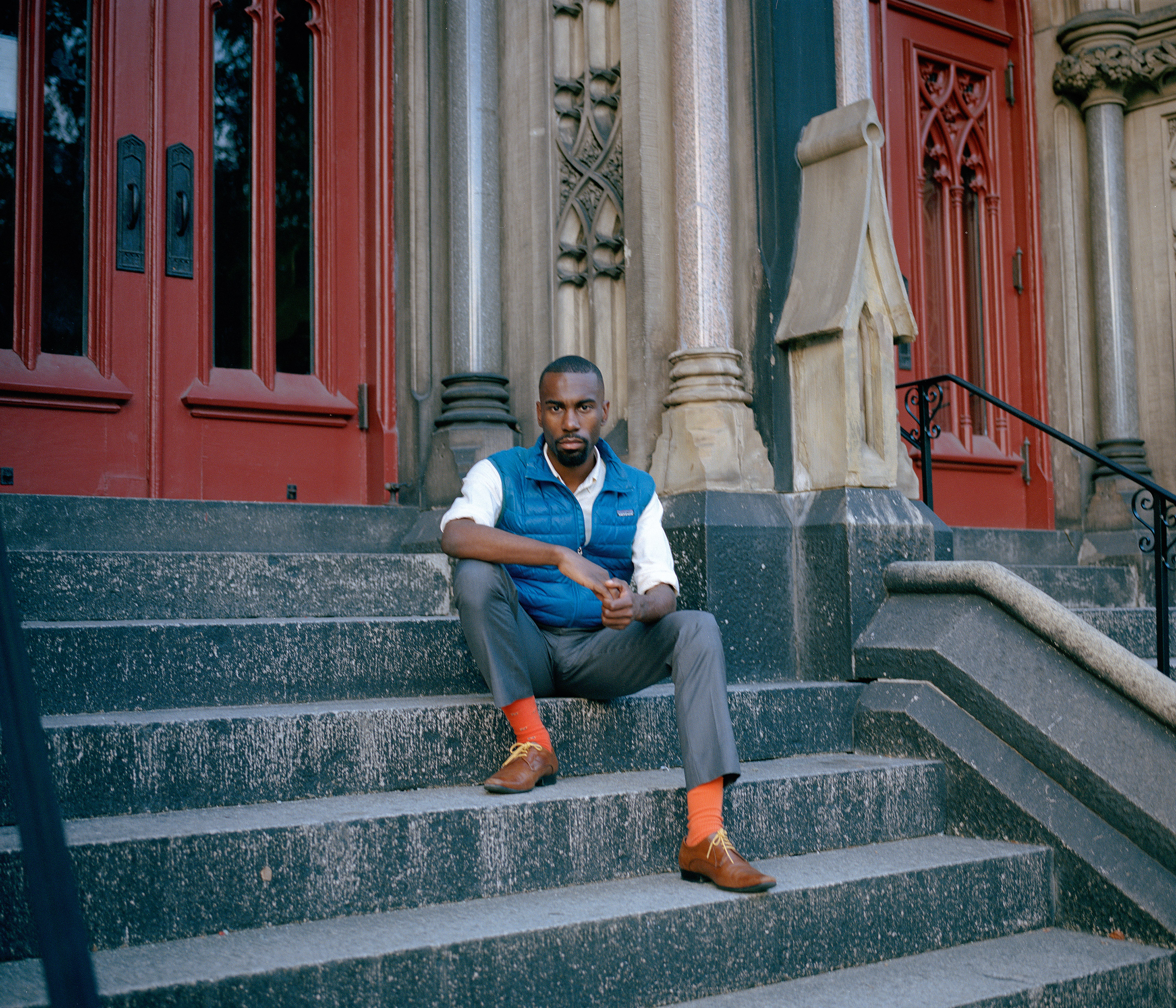 And while in recent weeks certain celebrities have been using their platforms to jibe exes and berate fans, or orchestrate the take down of each other via Snaps, there are some that DeRay says deserve recognition. And one of them – the Queen Bey herself – even follows him on Twitter, making him one of a club of ten illustrious names. “I think that artists like Beyoncé should be celebrated. She’s a model for how celebrities can use their platform in a way that centres the work,” he says. “Kendrick Lamar is another artist that uses his platform and his art to push Black Lives Matter. I think we’re only at the beginning of seeing people start to do this. Does it make a difference? It invites people into the conversation and their reach is bigger than so many. So, when done well, it has demonstrable impact and power.”

But of course social media can only go so far. Real change needs to start at the governmental level. The week we speak to DeRay it is announced that no criminal charges will be brought against the police officers involved in the homicide case of Freddie Gray – the 25-year-old from Baltimore who suspiciously died in police custody in 2015. This is an outcome that is all too familiar.

“The lack of convictions is remarkable. The courts aren’t saying that the officers weren’t involved in the death of the victims, but what the court is saying is that their involvement was not criminal,” he says. “That reminds us that the laws, policies and practices have to change. We have a legal structure and shadow justice system in this country for police officers that almost guarantees that they will never be held accountable. With every acquittal it’s a reminder that we have to change the laws to eliminate this system that privileges police officers. There should be no person and no public servant above the law.

“It’s just a constant reminder that there’s more work to be done.”

This is an extract from an article taken from the latest issue of Hunger out now and available to purchase here and for your local stockist check here.