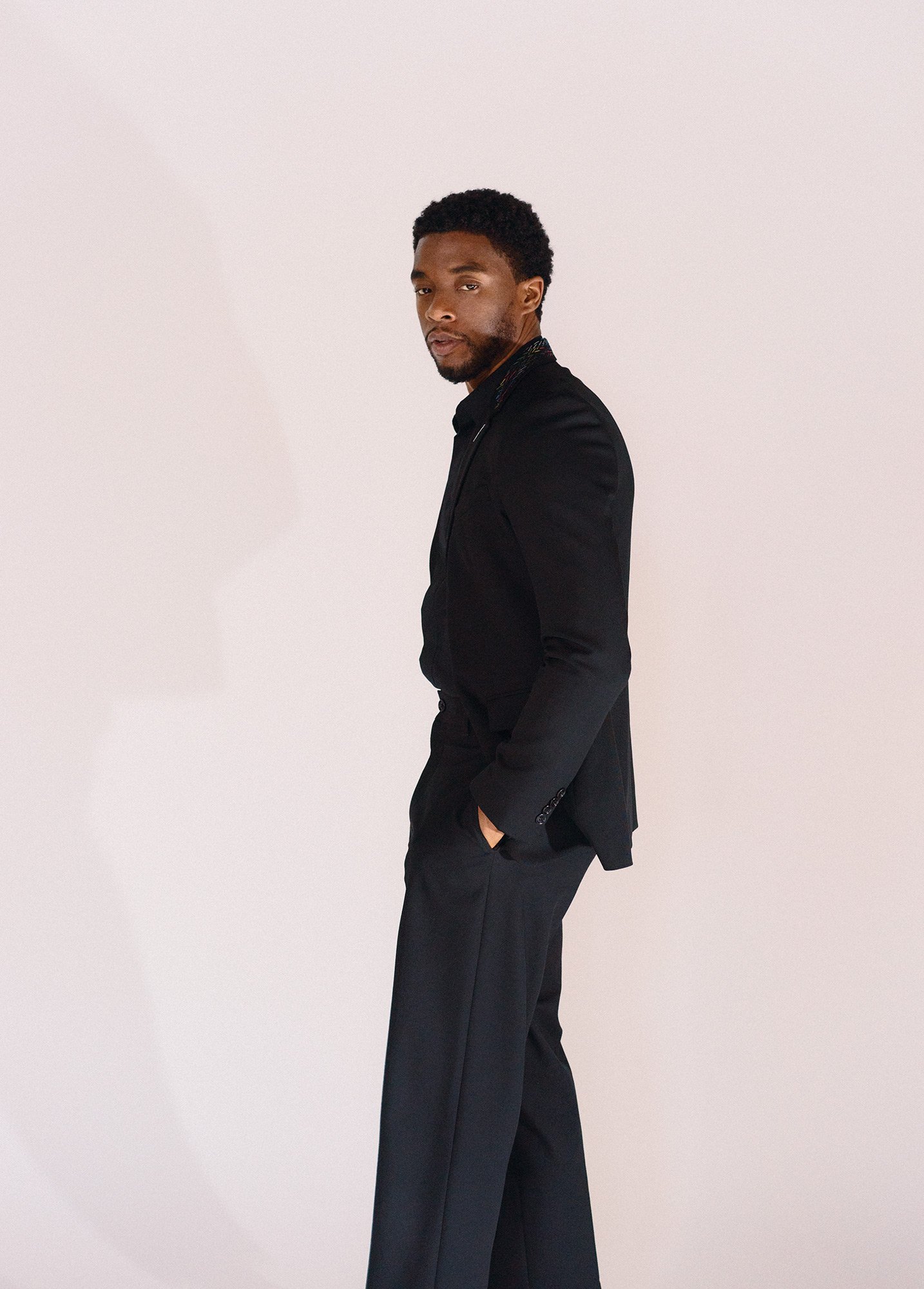 [C]hadwick Boseman has played a number of the most influential characters in American history – from the electrifying Godfather of Soul, James Brown, to the steadfast, supremely-talented Jackie Robinson, the first African American to play Major League Baseball in the modern era, and the venerated Thurgood Marshall, the first African American Supreme Court Judge. In 2016’s mega-budget blockbuster Captain America: Civil War, he introduced the Black Panther to the Marvel Universe. The character was the first black superhero to appear in mainstream American comics (in Fantastic Four #52 in 1966, FYI ).

Hollywood has turned its attention to the black experience at a critical time in US history, where those who continue to fight the historic inequalities in American society are counterbalanced by an ugly, vicious white supremacist movement campaigning for a return to the vulgar past. Armchair liberals have had their complacency exposed. The US government, under its shambolic leader, has predictably, been found wanting. Film – from Chadwick’s forthcoming project Marshall, to Barry Jenkins’ wonderful Moonlight, Jordan Peele’s subversive and brilliant Get Out and Kathryn Bigelow’s controversial Detroit – has not evaded its responsibility to reflect the times we live in or to examine the history that brought us here.

Chadwick has added his brilliance, commitment and presence to this era of American cinema.  His James Brown exuded determination, no-fucks-given swagger and show-stopping physicality, his Thurgood Marshall is erudite and composed, his Jackie Robinson skilled and stoic. It feels as though with each of his major roles, including that of Black Panther, he adds another essential chapter to America’s cinematic history, telling vital stories that were initially overlooked as Hollywood spent decades whitewashing world history.

As the actor himself points out, these films are necessary, they are vindicated by critical and box office success and, with time, they may even have the capacity to heal.

How much do you enjoy transforming yourself for your roles?

You know, I think it’s one of the things I love the most about this job. I love the excitement of trying to crack who the person is that I’m going to play. There’s something about that process of living in a person’s skin for a certain period of time and then taking that off and finding myself again. You’re a different person after you’ve done that.

Do you feel like you take a part of each role with you?

What I take with me changes every time. James Brown was probably the most difficult to come out of, there was sort of an exorcism of him that I went through. But with each of them I’ve found that you have moments where you tap in to certain things and do certain things that you perhaps weren’t capable of before, things that are inside you that you are suddenly able to access. You take the role off to a certain degree but there are moments where you pull out that thing that you learned from a person you played – like when you need a bit of Jackie Robinson’s courage you can access that. If you need a bit of James Brown’s audacity, you access that. I think that’s the beauty of walking around in another person’s shoes – you get to learn from them. 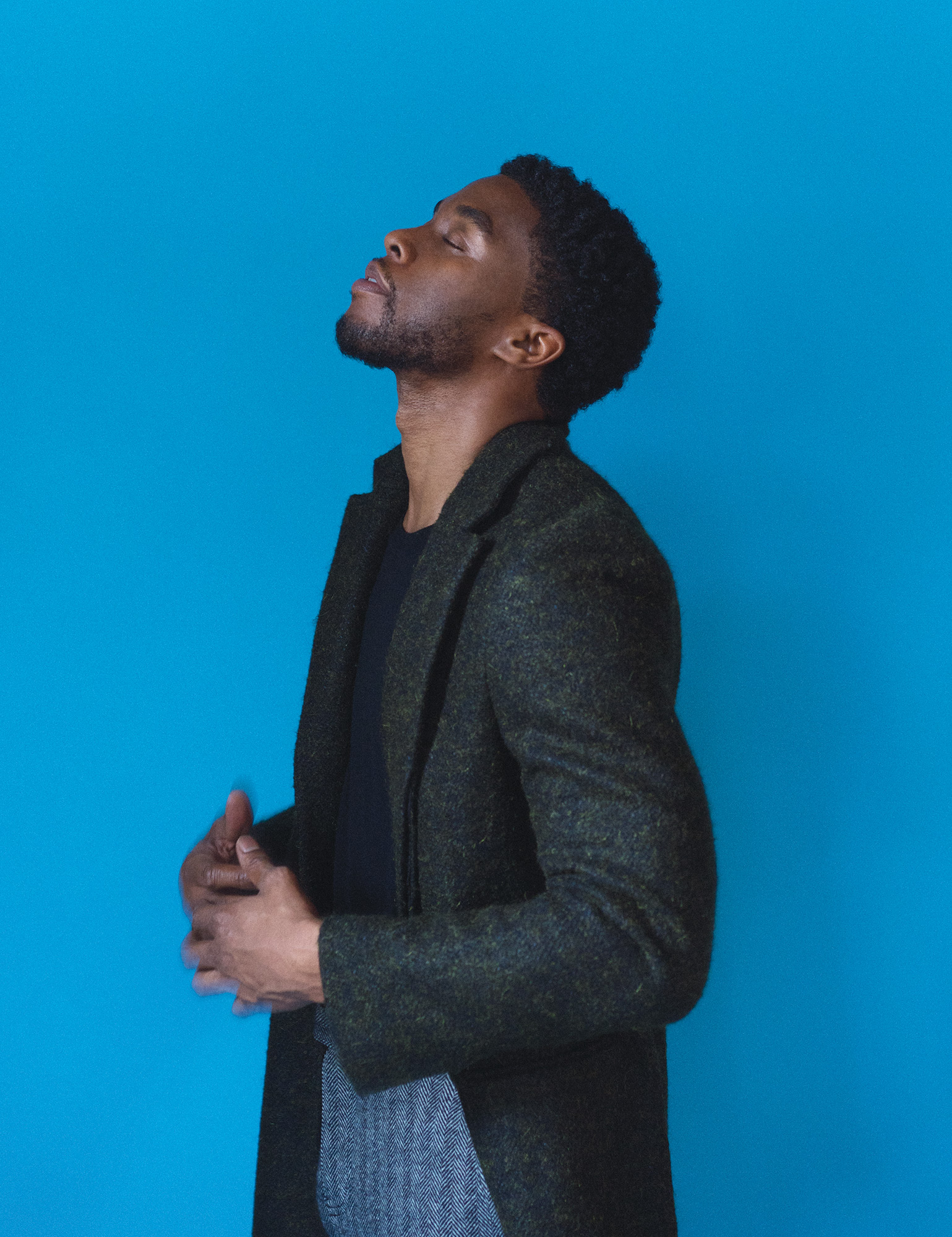 Can it be an exhausting psychological process, walking in someone else’s shoes? Many of the characters you’ve played have endured difficult times…

I think where that plays a part for me is in choosing the role. You become more and more selective because you realise how much it takes out of you. Some days you come home and you realise there’s this extra psychological energy that you’ve been using to stay in that place for an entire day. You feel the fatigue of carrying around this other way of thinking, this different body, this different life. It can be emotional, it can be physical and sometimes there’s a little bit of trauma with that. By the end of the process you just want to get to the place where you’re no longer carrying the weight of that person. So when you choose the roles I think you’re very selective about it because you value your time on this earth. It’s so valuable because you’re spending four or five or six months with this character, if not longer. You make those choices very, very carefully.

Was it a difficult experience playing Thurgood Marshall whilst the world, and America in particular, is still fighting many of the battles that he fought? How did that impact the making of the film?

The film was definitely affected by the times that we live in. You realise that you’re making this movie knowing that we have quite a bit of hidden bigotry in our society right now, which is obviously being exposed more and more every day. That’s sort of what he’s up against in this movie – Bridgeport, Connecticut is not the south, it’s not blatant racism, it’s somewhat hidden inside the walls of society. I feel like all of that informed the process and it informed the other actors on set too. We had discussions about what was going on in the world constantly. Trump was brought up on set every day, because he does something every day. It was part of the process. You’re reading about Thurgood Marshall going to Columbia to deal with riots and you’re thinking that it’s not dissimilar to the kinds of protests and the police brutality that we saw happen during the course of making the movie. 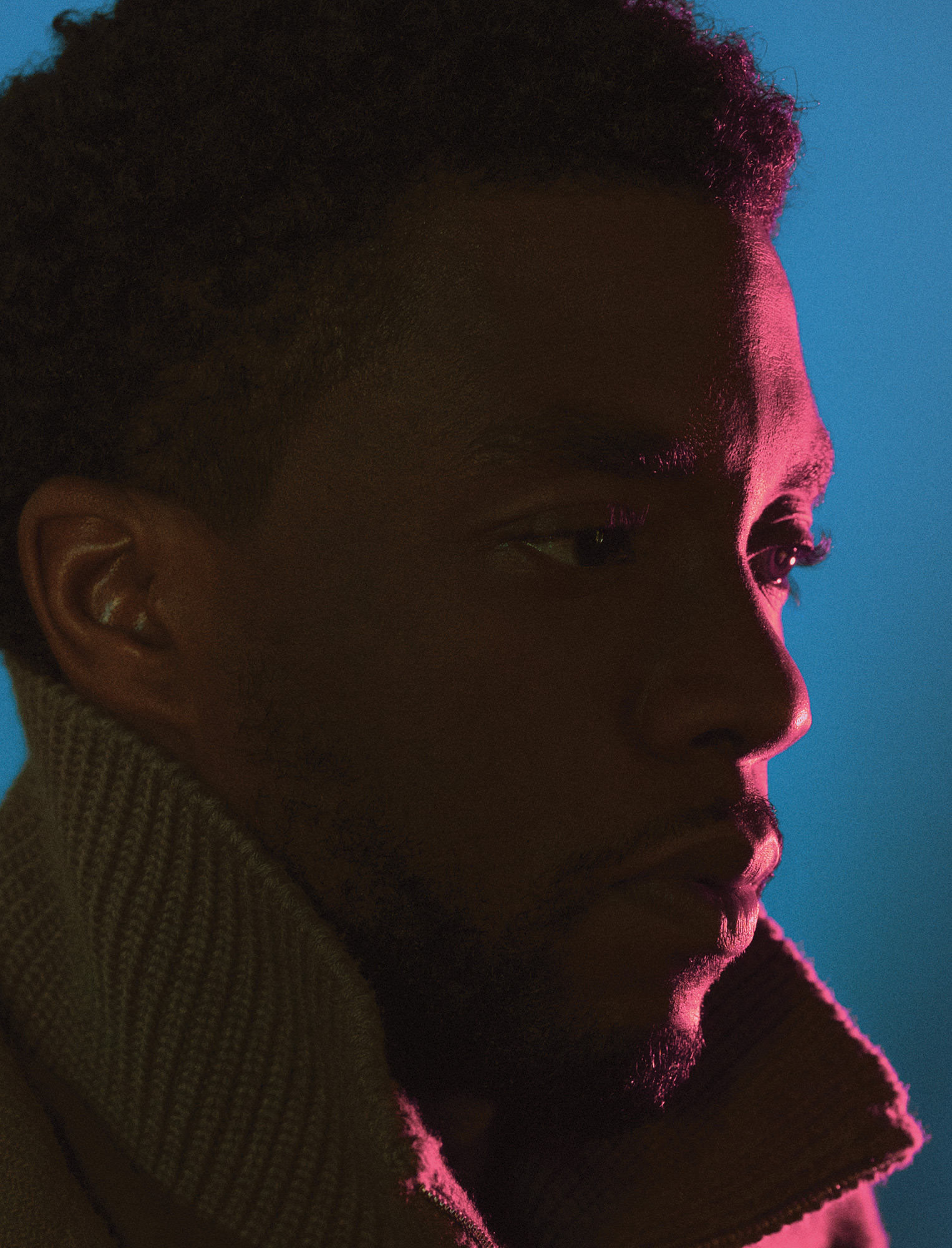 How well do you think historic and contemporary black experiences are represented on screen?

I think the last few years have been unlike any other time we’ve seen with cinema: there are black characters, black films, films that have black characters at the forefront. I say all that hesitantly because I don’t want to call it out. I don’t want it to be like, “Okay that’s enough of that. They had their moment” and then it’s over.

America’s story has always been wrapped up in race, there’s no way of getting around it. You can’t really tell America’s story without telling the story of African Americans, Latinos, Asians, it’s not whitewashed the way it has been represented in film. It’s been a problem for a long time and I think we’re just now getting to a place where people are making the films that we need to see to heal our psyche. You see that people want it to happen because the films that address it are successful.

There has been strident debate in the media about films like Detroit, Get Out and Moonlight and their respective perspectives on the black experience. Who has the right to tell stories about blackness?

I think the authenticity of a voice is always going to be judged and I’m not going to say that people can’t tell a story like Detroit if they are white. I commend Kathryn Bigelow for telling that story, especially if it spoke to her. People try to break down history in a format, they compartmentalise it to control it and that in itself is problematic – to be like, “this is black history” or “this is white history”. It’s all American history, it’s all world history.

I don’t do things unless I’m inspired to do them. And I always have to make the assumption that other artists are doing the same thing. There’s a lot of movies that Kathryn Bigelow could have made instead. At the same time, if you give that film to Ava DuVernay I feel like she’s going to find things that Kathryn Bigelow isn’t going to find, just because of her upbringing, because she’s lived with the culture, with those issues on a day-to-day basis, it’s not something she has to be reminded of, she walks around in it everyday.

How does the need to be inspired by a role alter your script choices on a practical level?

The thing for me is always if after I read the script and I walk away from it in some way I start the process of doing that role. Recently I was in Baltimore and I decided that I wanted to visit my cousin in Virginia so I went and rented a truck. Now, I don’t drive a truck, that’s not something I do. But I’d read a script that I really liked and in my mind I said, “this character drives trucks” so I wanted to drive a truck for five hours. I was doing this thing that I don’t normally do, it’s something in me that’s searching for something or someone else. I realised it was that character while I was driving. 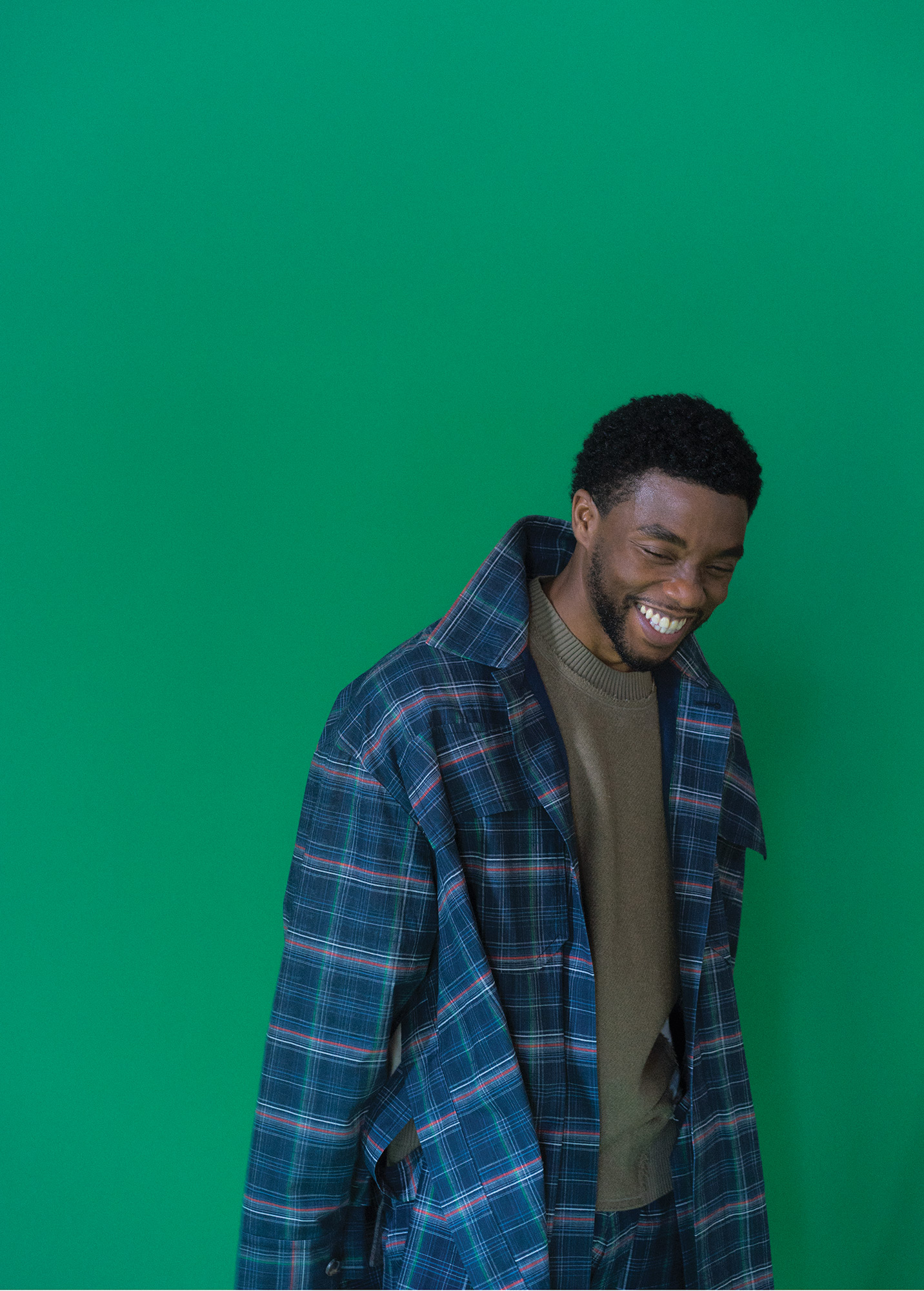 Let’s return to Black Panther. What was it that made you want to take that role, to commit yourself to it?

That situation is one that’s different. I didn’t see the script or know where it was going before I took the part, I just knew that it was a character that I wanted to play. I had already written about Black Panther in my journals as something that I wanted to do and I had written down certain things that I would like to see in a movie about Black Panther. I’d had people tell me that if there was gonna be a Black Panther movie then I should be the one to play him, so when they called me it was surreal. You pray for something and then it actually occurs, you almost can’t believe it. There was no way in the world I was not going to play Black Panther, I had asked for that, I wanted it, and it felt like other people wanted it for me. 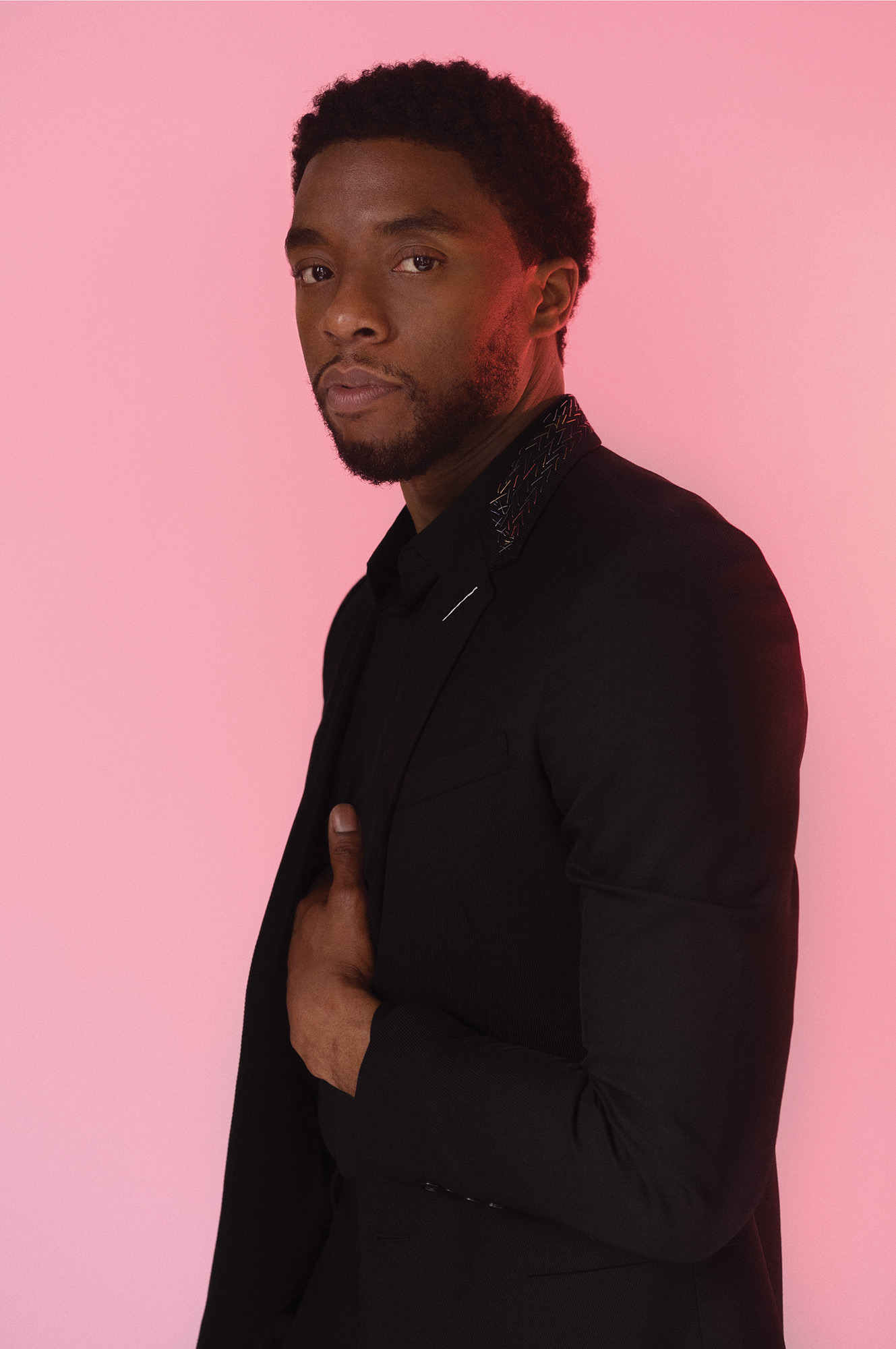