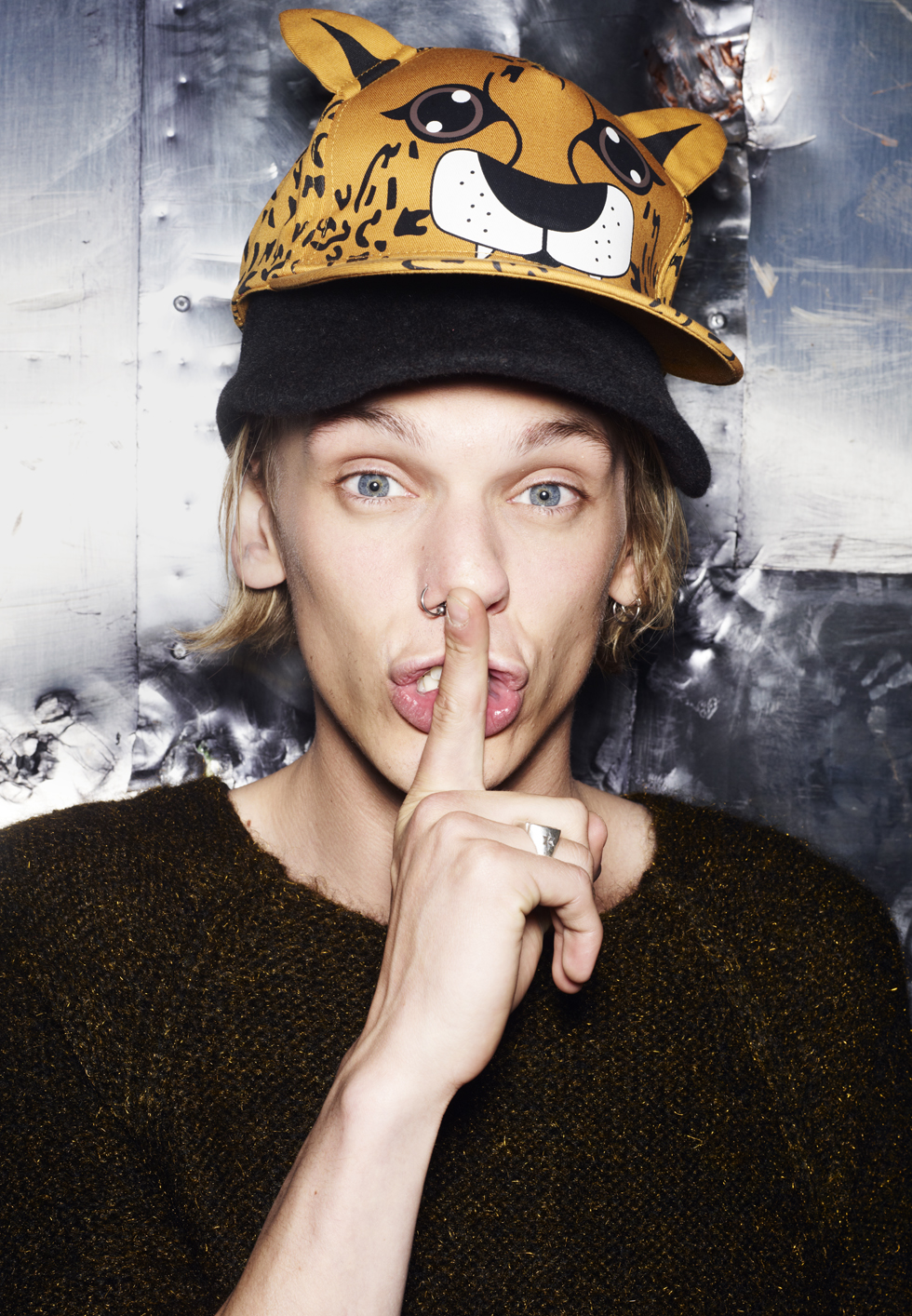 YOU WERE LAST SEEN IN THE MORTAL INSTRUMENTS, CAN YOU TALK TO US ABOUT YOUR CHARACTER?

Jamie Campbell Bower: The character I play is Jace. He’s a bit of an arsehole. He’s cocky. He’s self-aware but ultimately very vulnerable. He falls in love with a character called Clary Fray played by Lily Collins. [They] go on this bizarre journey to try and find her mother.

YOU’RE WORKING WITH LOTS OF PEOPLE YOUR OWN AGE, AND YOU ALSO DID IN THE TWILIGHT SAGA. WHAT’S IT LIKE ON SET WITH A BUNCH OF PEOPLE IN THEIR 20S?

You always have fun on set. You’re always going to have a common bond. There’s always going to be music you can relate to – growing up my biggest bands were SUM 41 and Blink 182 – so there’s an admission for you. Working with people of a similar age, you can connect with that.

JACE IS COVERED IN TATTOOS. BUT YOU’VE GOT QUITE A FEW YOURSELF. HOW DOES THAT WORK FOR THE FILM?

I have to get covered up, and then they put new ones on me. When I first started working, before I had to do any naked scenes, it didn’t take very long. Then when I started doing naked scenes, it started taking a bit longer.

DOES IT PISS THEM OFF, YOU HAVING TATTOOS?

Once, half way through filming Anonymous, I got a cover-up [tattoo] of a girl’s name. They were pretty livid about that, because it was fresh and they couldn’t put much makeup on it.