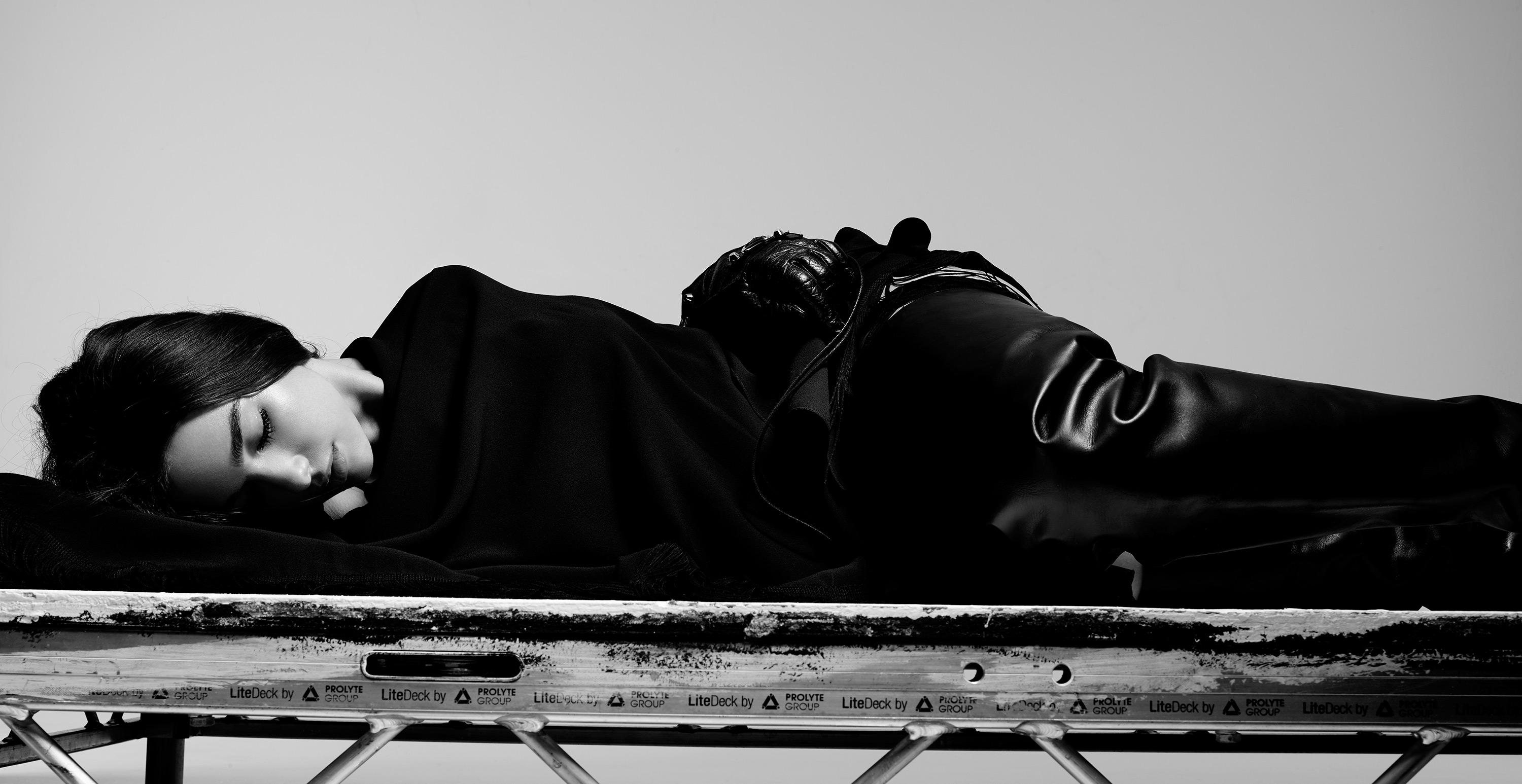 [F]ollowing a show in Finland, Dua Lipa has just landed back in London for a precious two days in her hometown and the rare chance to sleep in her own bed. A quick scroll through her Instagram reveals that in the last few weeks she’s been in Australia, America, and across most of Europe and Scandinavia, so it’s little surprise that two days at home is a treat.

Life on the road is something that the 21-year-old singer has had to get used to though; this year her feet have barely touched the ground. And while she may be everyone’s hot tip for pop stardom in 2017, Dua is no overnight success story – she has been honing her craft since she was a teenager.

Dua was born in London to Albanian Kosovan parents and when she was 11 the family moved back to Kosovo, but at the age of 15 she made the move back to the big smoke, solo. “I was singing in school in Kosovo and it was always something that I wanted to do but I felt like the only way I could do anything on a more global scale was if I went back to London,” she says. “There just weren’t enough opportunities in Kosovo.”

Several years (of balancing school with retail jobs and posting YouTube covers) later she wound up scoring a record deal with Warner and sharing a management team with Lana Del Rey – and yes, the comparisons are tired now. Singles “New Love”, “Be The One” and “Last Dance” followed, all characterised by Dua’s whisky-tinged voice, but it was breakthrough belter “Hotter than Hell” that cracked the UK Top 20 this summer. And with an album on the horizon at the beginning of next year, it’s a good thing that Dua’s biggest fear is “not being busy”, because trust us, that ain’t happening any time soon. 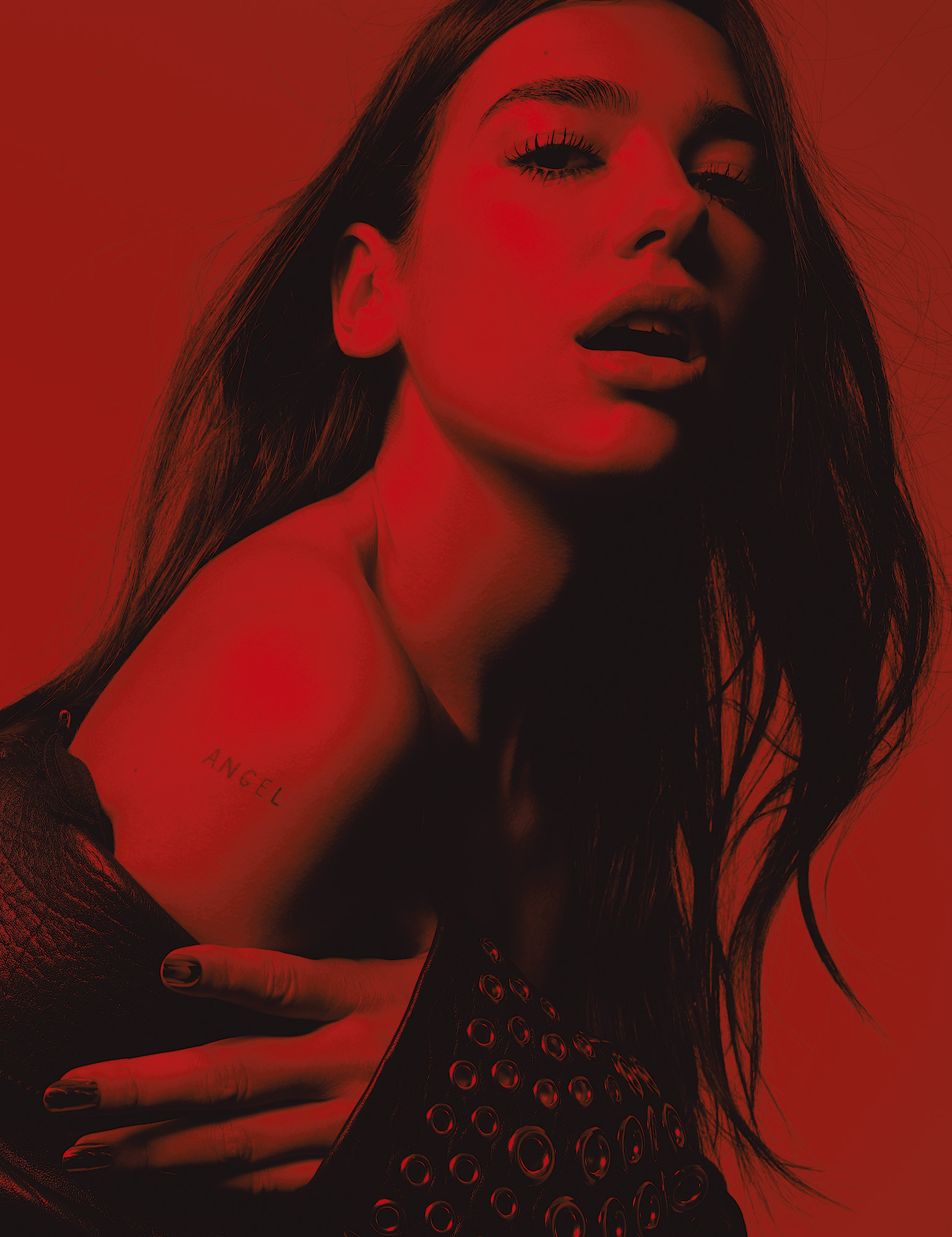 You’ve been on tour for a large part of this year, what’s been the biggest change to your life in this time?

Well, the main one is that my flat in London has just become an expensive storage space because I’m never in it! It’s insane though, my whole life I’ve been dreaming about having this kind of summer. Instead of going to the festivals and watching the artists, now I’m the one up on the stage. Sometimes it’s nice to sleep in your own bed, but I’m so happy to be doing this as a job that when I don’t get as much time at home I don’t really mind.

Does it take its toll on your relationships?

Yeah it does a bit, I don’t get to see my friends as much as I’d like to and my boyfriend and I just try and figure it out. He comes out on tour whenever he can and we find fun things to do together when we are in the same place. But I’m just going with it for now. It does take its toll, but no matter how tired I am, when I get onstage it all makes sense to me. I love the feeling I get – seeing people sing my songs back to me is fucking mind-blowing!

When did you first fall in love with music?

My father is a musician from Kosovo, so I’ve always grown up around music at home. Whether that’s my dad’s own songs or Sting, David Bowie, Stereophonics. But the first albums that I fell in love with myself were Whoa, Nelly! by Nelly Furtado and Missundaztood by Pink when I was about six. They were significant parts of my life, and I still reference them when I go into the studio now. They hold special meaning for me; they were the first albums that I really knew off by heart and in the beginning I only really liked them because they were fun to sing along to, but as I got older I started to go back and listen to the lyrics and they started having more relevance to my life. I always wanted to be just like them when I grew up! It was still pop music but there was a badass twist to it – they weren’t afraid to speak the truth and that had a big influence. 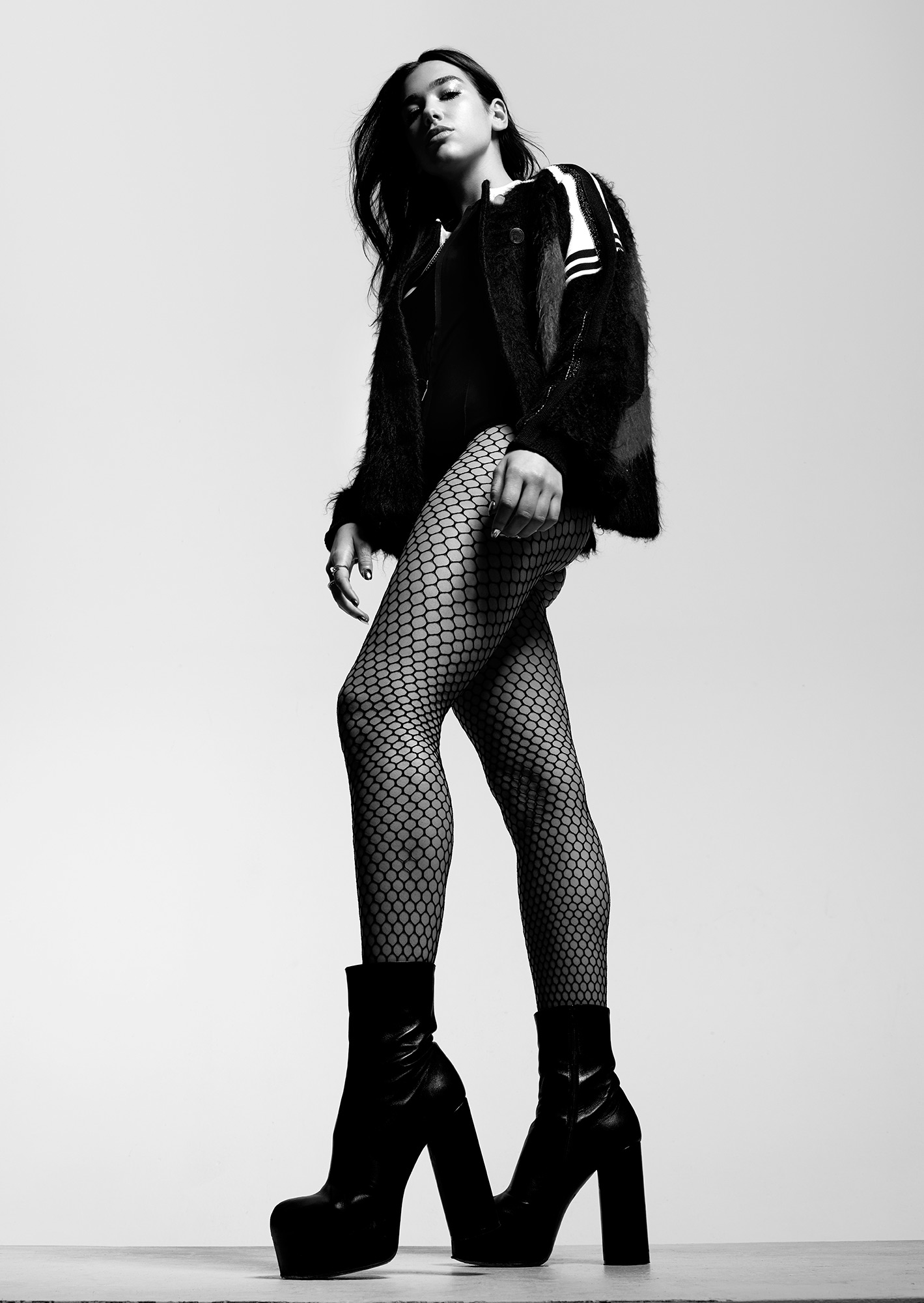 “There’s a childish confidence that comes across in some of my songs. I built that confidence by only having to answer to myself” 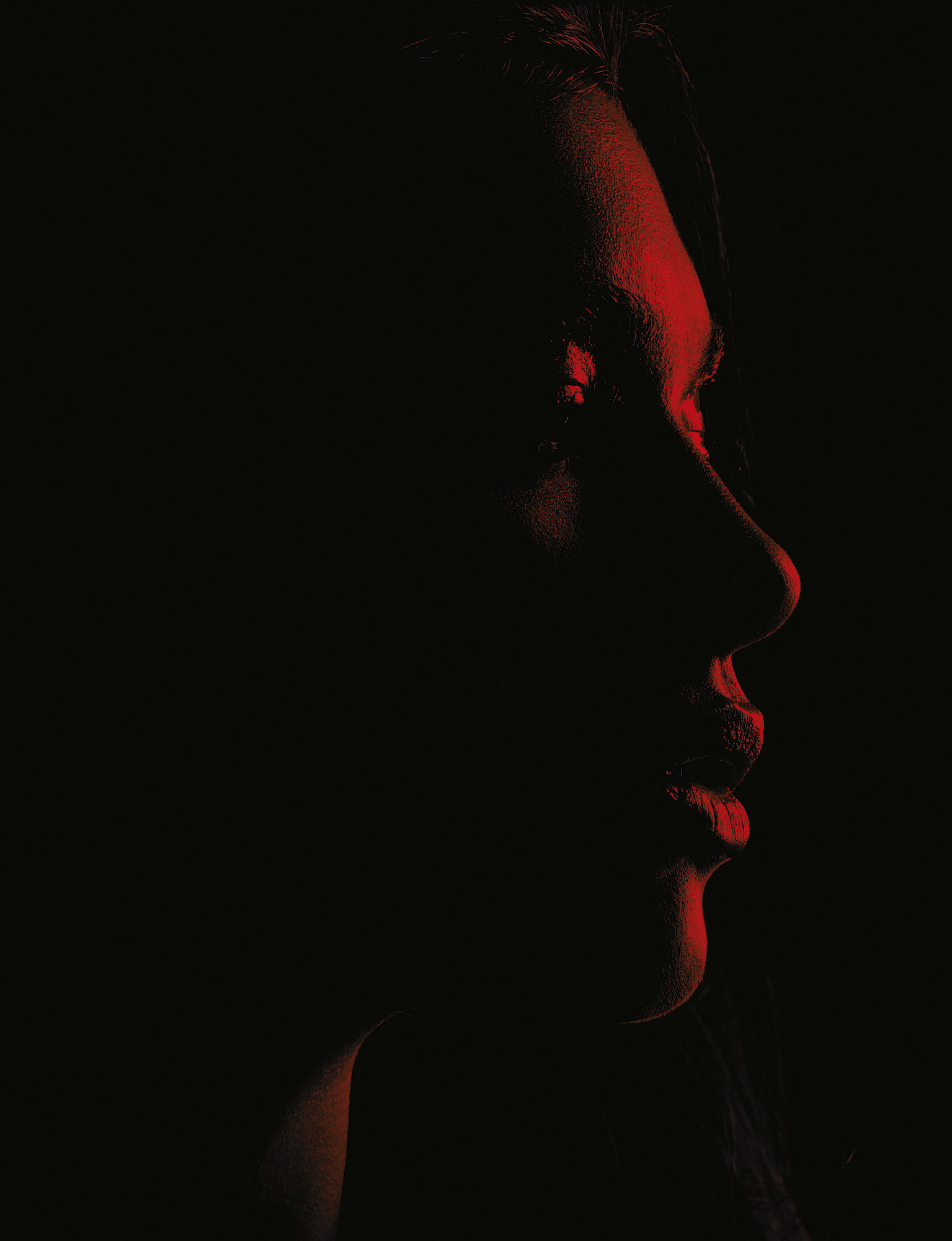 How difficult was it for your parents letting you move back to London on your own at 15?

In the beginning, my mum wanted to come with me, but I convinced her that I could do this on my own. Instead, they found someone for me to live with – a girl they knew from Kosovo who was doing her master’s in London – which made them feel more at ease. But she didn’t really give a fuck about what I was doing at all! Sometimes when I felt like I really needed someone to talk to she literally didn’t care! The only time she did care was when she went into my messy room while I was at school and took pictures and sent them to my mum to stitch me up. Who does that?! It was such a bitchy thing to do. After that I moved in with friends from Sylvia Young Theatre School.

That must have forced you to grow up fast?

When I realised that no one was going to tidy up after me or clean my clothes, that was when I thought, “shit, I’m really on my own here.” I figured it out though, and when I learnt how to do the cooking, cleaning and work the washing machine, it hit me that I could try and do music on my own too. I went out, met loads of people, made friends and started posting covers online and sending them to people that I wanted to work with.

Did living on your own dispel any teenage rebellion?

I tried to be as good as I could so my parents wouldn’t worry, but there were times when I told them I was going to bed and then I’d go out partying with a fake ID. So many weird things happen in London that being around nightlife at a young age can sometimes feel a bit dark and sinister, but I could always hold my own. 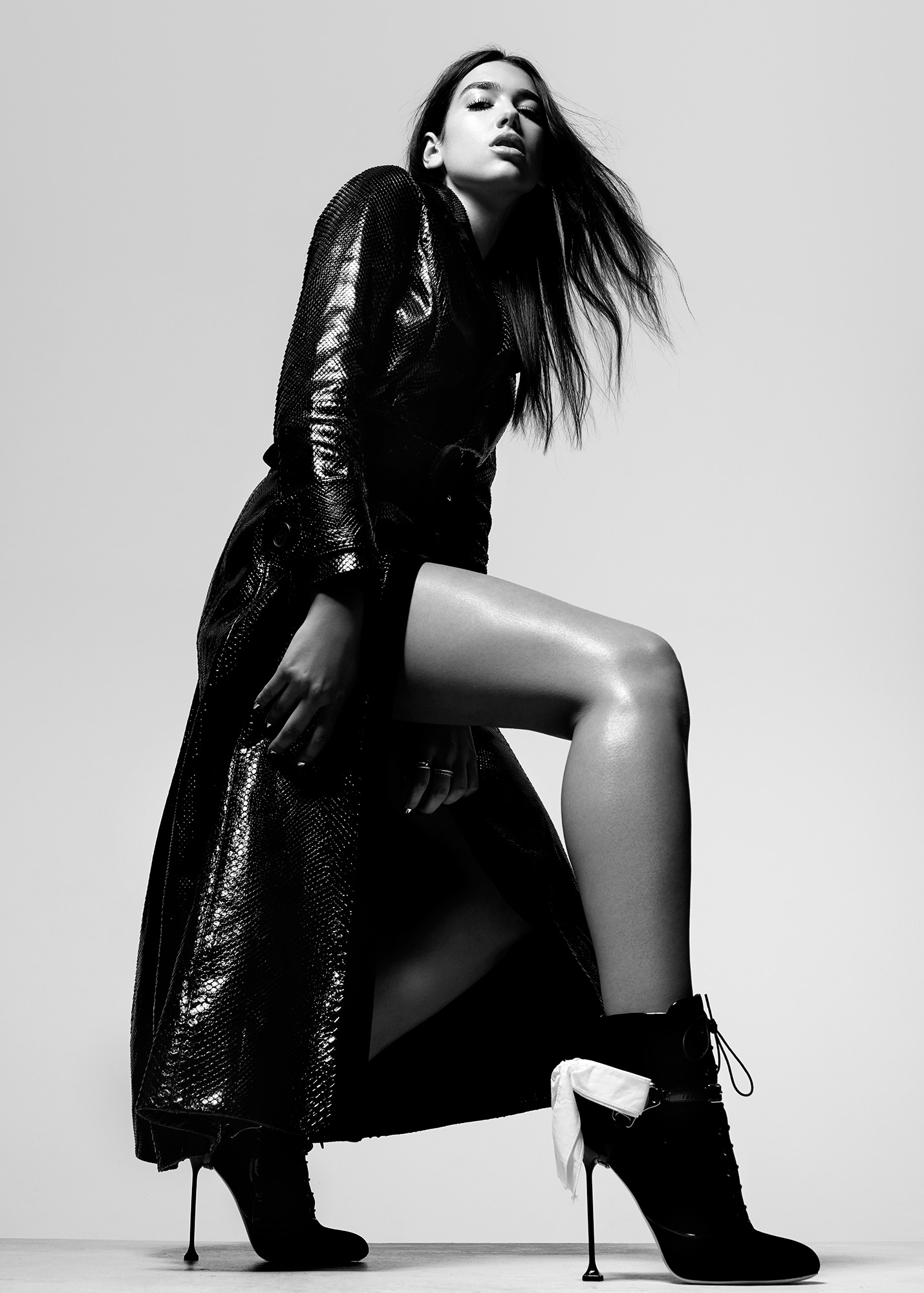 Do you think that entering the industry young has made you more mature as an artist as well?

Yeah, I think it comes through in the music. There’s a childish confidence sometimes that I think comes across in some of my songs and I think that’s completely to blame on the fact that I’ve lived on my own for so long. I built that confidence by only having to answer to myself. It’s a no fucks given attitude, but so many people have come up to me and asked why I’m such a bad girl when I seem nice, and I’m like, “I am nice!” I never go out of my way to cause trouble; I’ve never been that kind of person, but I think it comes across in this kind of “I can do what I like” attitude.

Do you worry about being misrepresented then?

No, I feel like both sides of my personality come across. There’s an attitude that comes out in the music, but then there’s nice me when I meet people, which is different to the music. Everything that has happened to this point comes across in my music. 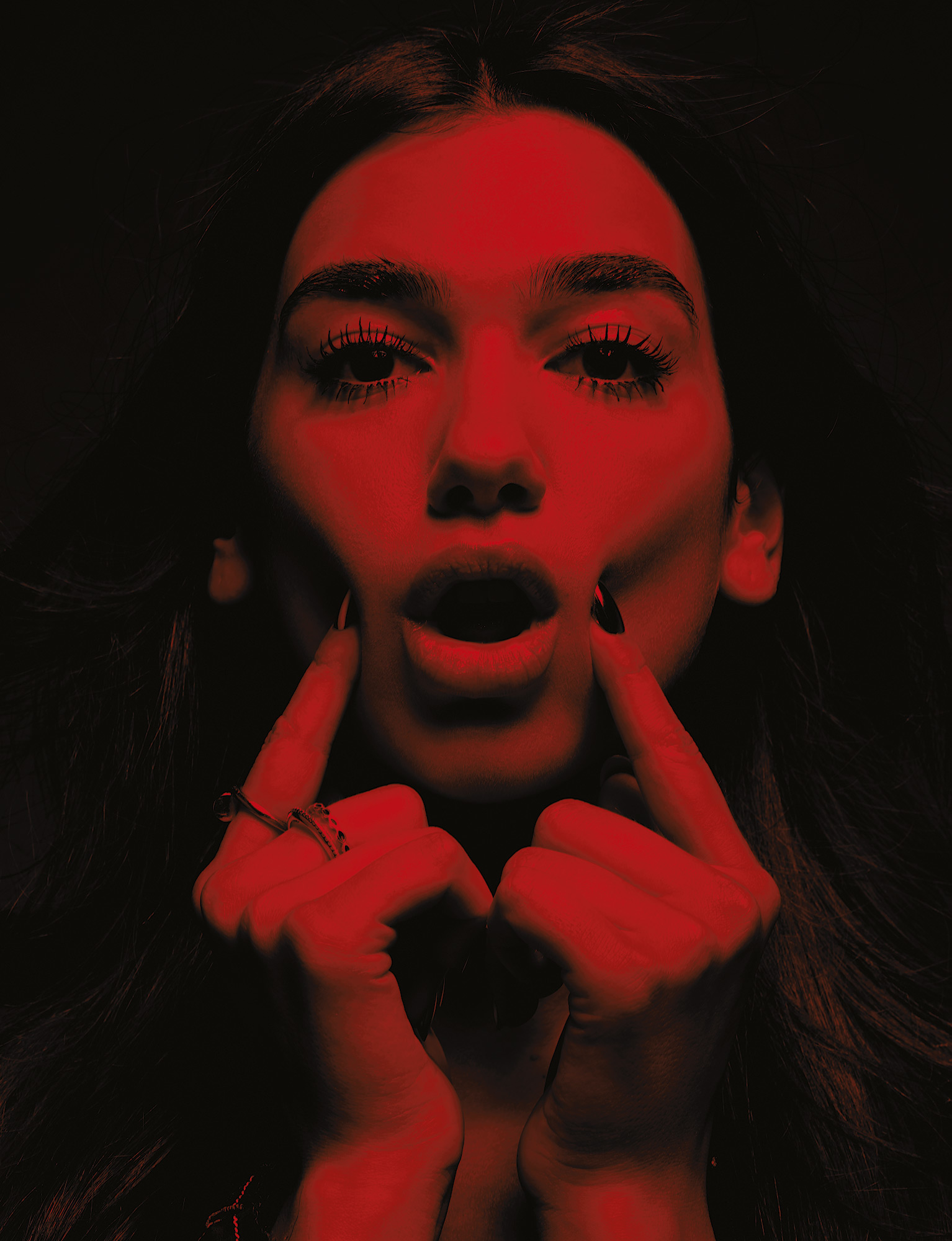 Is being truthful in your music important to you?

I try and be as open as I can be. What I wanted to come across on the album was this idea that we all go through the same things at one time or another, even if sometimes we’re afraid to talk about our problems. But as much as I’d like to think I’m an open book, I think there are lots of things that I still have to talk about and put out into the open. And I do want to, but like with every person, there are some things that you’re scared of talking about. But the easiest way for me to get things off my chest is through music.

Are you wary of being too open?

I try and give away as much as I can but it naturally happens that you hold a few things back. But that’s okay because there are still more songs to be written!

You describe your music as dark pop; where does the dark element come from?

I’m a big fan of hip-hop. I love J. Cole, Kendrick Lamar, Chance the Rapper – but the one thing that I’ve always loved about their music is the rawness and honesty of it. On J. Cole’s last album there’s that track “Wet Dreamz” where he opens up and sings about losing his virginity in a really no filter, descriptive way. Most of my inspiration comes from sadness because it’s the emotion that sticks in the back of my mind and the easiest way to get things out is through music. Sometimes I’ll go into the studio in a great mood and want to write a happy song, but there will always end up being some kind of twist!

This interview is taken from the latest issue of Hunger out now and available to purchase here and for your local stockist check here.