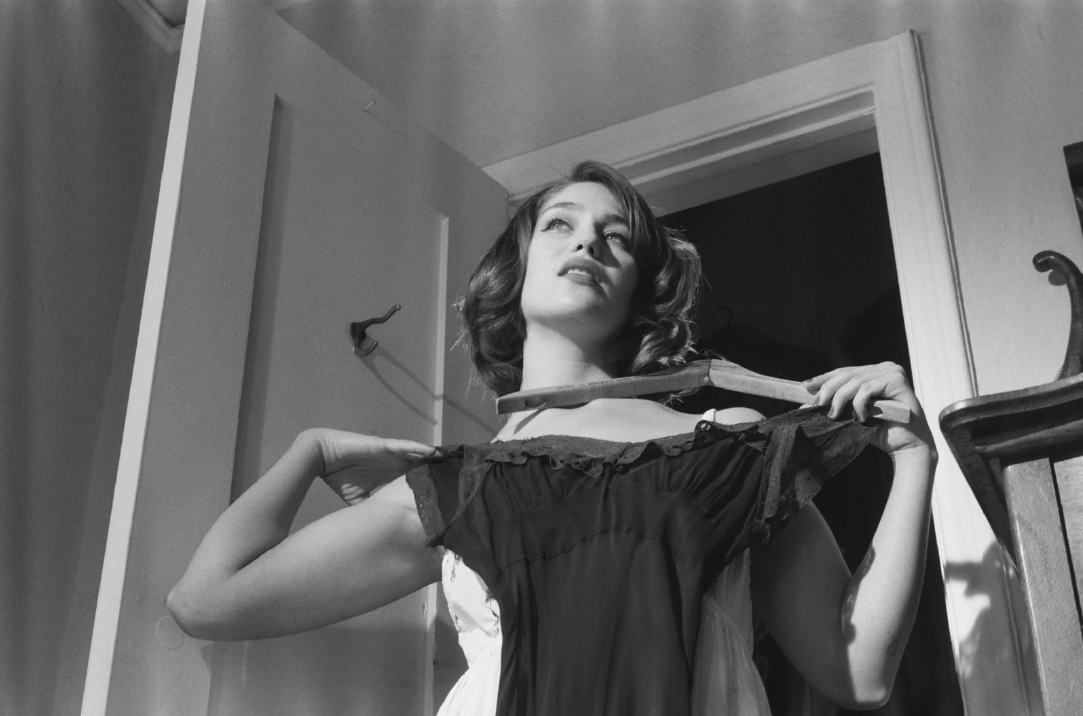 Lola Kirke has done the indie rounds: from working with David Fincher to joining forces with the unbeatable arthouse duo that is Greta Gerwig and Noah Baumbach, she’s now stepping into new unchartered realms, of music and of neo-noir. Starring in Aaron Katz’ Gemini, in a role apparently written for her alone, Lola immerses into the neon-lit world of an surreal LA. Playing Jill LeBeau, assistant to a Hollywood starlet named Heather (Zoë Kravitz), she gets swept into the shadowy, seedy and downright dangerous underbelly of celeb culture and self-obsession.

A musician-actress from the famed Kirke family – daughter of Simon and Lorraine, sister of Jemima and Domino – Lola’s got a little bit of understanding of being around talent. Talking the power of Julie Christie, the dangers of the second self, and becoming the musician she has longed to be, Lola Kirke is effortlessly witty and sharply intelligent, and she’s sure got some tricks up her sleeve. To celebrate the release of Gemini, and Lola Kirke’s general old-timey charisma, photographer Michael Leviton transformed the actress in a captivating subtitled shoot. Take a look at the HUNGER exclusive below, and get to know the enchanting character that is Lola Kirke….

Gemini is so LA-centric that it becomes almost this dystopian Neo-Noir world. How was it to be transported into that world as a London-born New Yorker?

I definitely identify more as a New Yorker than my family, I’m the only one who doesn’t have an English accent which is crazy! The switch from New York to LA was a little more dynamic than London to New York. There’s a sense of being forced to share people’s energy fields in New York on public transport, and I think that what’s exciting but also really weird about LA is hat it’s such a self centred city. It’s so self-oriented: it’s your house, your car, your juice! It’s great but scary as well, and I think that’s why it makes for such a great setting for a noir film. Especially one based on this obsession with celebrity: seeing the perceived selflessness of the assistants and employees who work for them, and the self-absorption that celebrity culture allows. 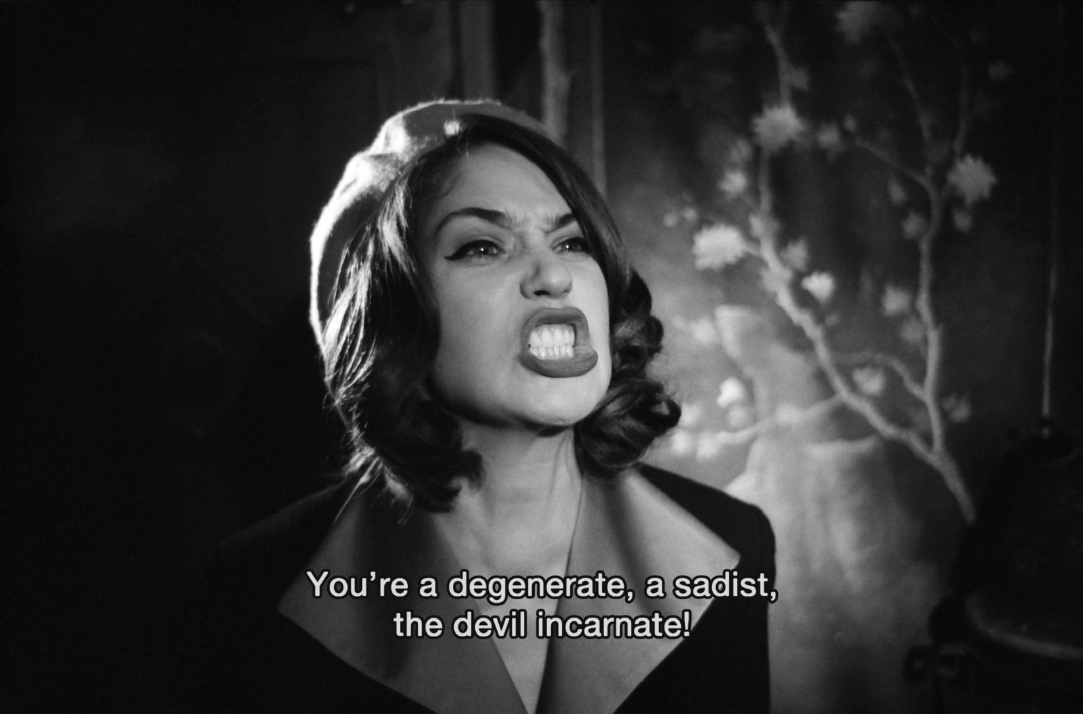 Do you think the genre’s due for a comeback?

It’s interesting to think about the emotional correlation between noir and celebrity culture. I remember reading that noir movies are really popular in eras of economic depression; so I wonder how noir fits into modern culture. Especially in the sense of women in that genre: women in power, or shifty characters. The sense of the shadow self.

Oh yeah, definitely. Secrets and shadows, and I love that with the lighting and visual tropes. I guess right now we’re definitely in an era of shadow selves and second selves. Whether that’s on the Internet, the ones people create. It is the moment for exploring the hidden self, hell yeah. 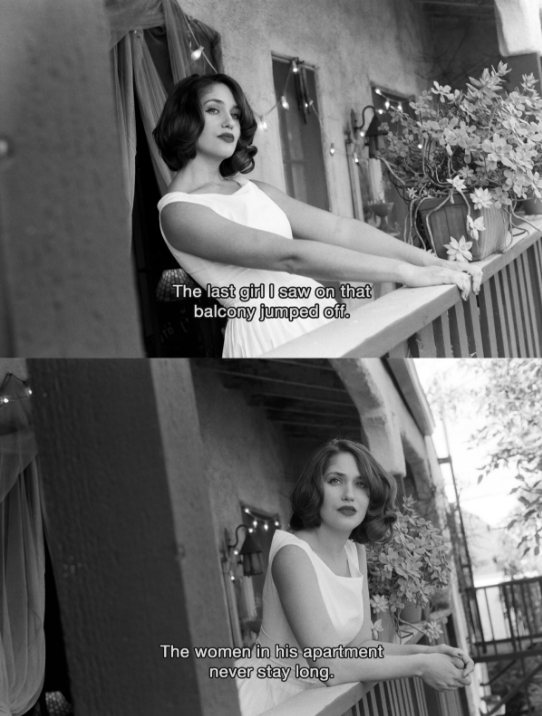 How do you feel to be a woman in the industry right now?

I feel grateful for the shift in awareness and the demands that are finally being made, especially about accountability. Which are demands that need to be made in all industries. I think that it’s going to take a long time for everyone to understand though, because it’s shown even more how misogyny and rape culture are systemic. It begins at home, and in school systems. But I hope to see some more initiatives like the ones we’ve been seeing in some schools in America, so the steps in educating are so promising and I really hope they are persevered.

What do you feel needs to happen next?

I think that the system itself needs to be addressed, we need to start talking to people of all ages about what consent looks like and about body politics. We live in a culture where we tell people that they don’t own their bodies, and so it’s no wonder people take advantage of that. We tell girls from a young age that they shouldn’t look how they naturally do. So we need to teach how to claim agency and sexuality. It’s even more challenging when we have a president who himself is a sexual predator, and is an out misogynist. But the gift of having someone like that in office is that people can’t help but take action, to resist. 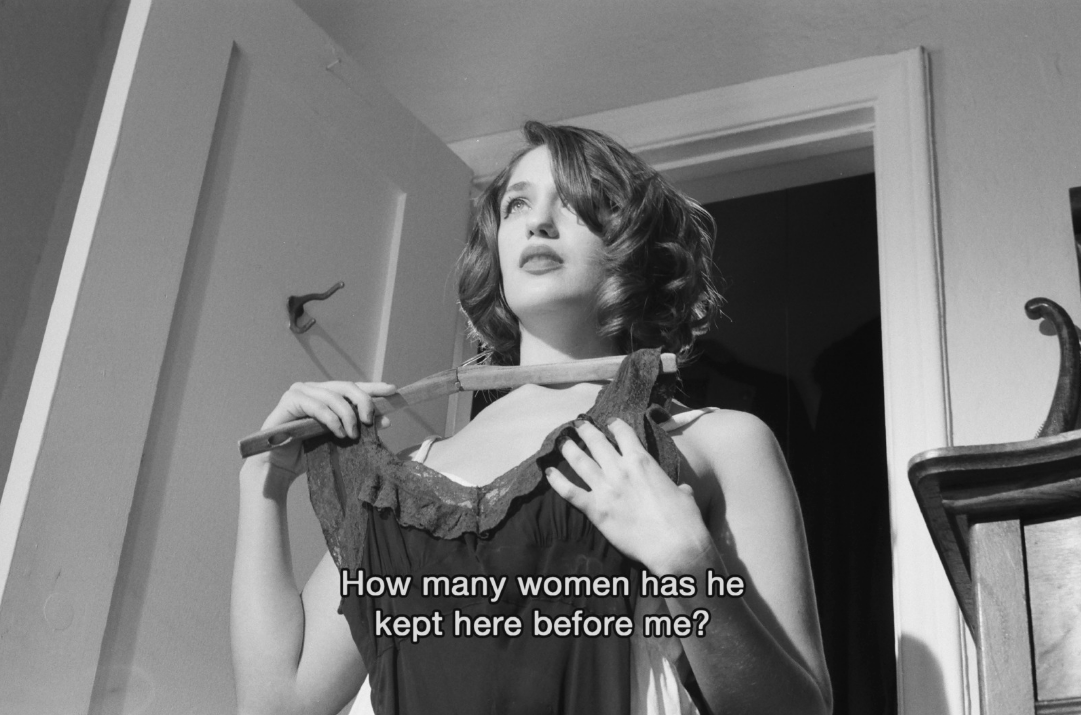 Do you think social media is a good thing for this kind of social change?
Yes and no. I think it can be an incredibly powerful tool for raising awareness about issues that are not covered in major press outlets and I think that it can be a great way to put yourself out there. But of course there’s a shadow to social media as well, I think it definitely perpetuates this idea of a lack of ownership over your own body. You are putting yourself out there for everybody to affirm or deny you. I think that the second self is a really strange indention, Gemini really gets at that: obsession and creating a second self. I think a lot of seconds selves stem from a lack of self-love, you’re not good enough as you so you have to create this surreal avatar, who fills in all those gaps for you.
What would you like to see more of online then?
I’d like to see more of less of the internet. We see too much anyway. I think engaging with reality is what I want to see more of. 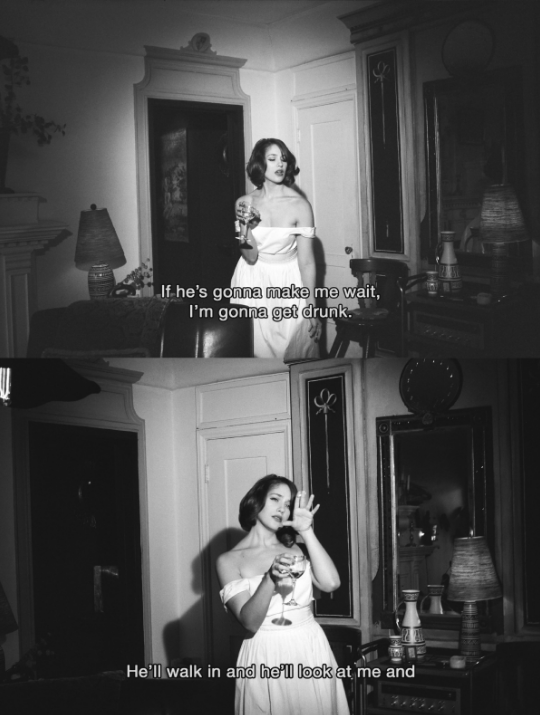 How do you find splitting yourself between music and film?

As I’m beginning to be a bit more involved in the music industry, which is interesting as music has always been a personal touchstone for me that I could turn to after a long day of shooting or of role rejection. It’s something that’s always been a constant to me. I think that regardless of whatever trajectory I take within the music industry, I hope music will always remain that way. I think that it’s difficult to split yourself, to have two careers. But I’m a very high energy person. To speak of low self esteem, I think in many ways my self loathing has served me tremendously as it’s told me I have to do more and be good enough. Not the greatest way to walk around the planet, but it’s helped me make some cool stuff. Haha!

Was it tough to grow up around such a creative family in terms of that pressure?

To some extent yeah, I definitely felt more pressure to be a creative person than to be a doctor or whatever. I didn’t really know any non-creative people growing up. Luckily I felt compelled to make things, and that didn’t feel unnatural to me. It makes sense, when you grow up around people who express themselves in a certain way and who surround themselves with other kind of expressions, your bound to want to express yourself too. 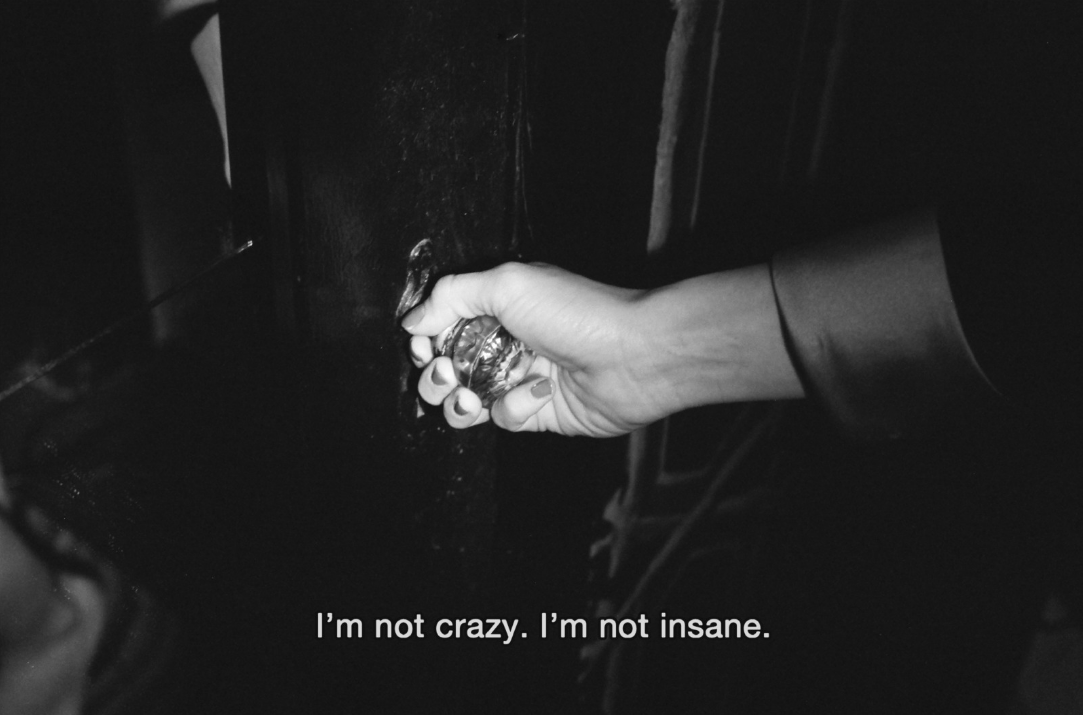 If you could describe your music in three words what would they be?

Did you grow up with film? Do you have a memory of your favourite films as a child?

I do definitely yeah. When I was a teenager I would watch a movie every single day, I would smoke a fat joint and watch an old movie and eat an entire box of Le Petit Ecolier chocolate cookies. Right now I’m looking at a poster actually of my favourite film with Julie Christie, Darling by John Schlesinger. But that movie after I saw it I was like I just am going to be Julie Christie, because she is so perfect. I felt very isolated at school and stuff, so I went out and I bought myself a dress I thought Diana would wear, and I bought myself a goldfish because she had one in the film. Then decided that would make me just like her. So I went back to school and these bullies grabbed my fish tank and I watched the coolest kid in school swallow the fish whole. It was so awful and traumatising… but the upside of the story was that the head of the school let me take the next week off, and so I went home and I just watched all the Julie Christie movies. So that was that, Julie Christie can do wonders for someone I really believe that. 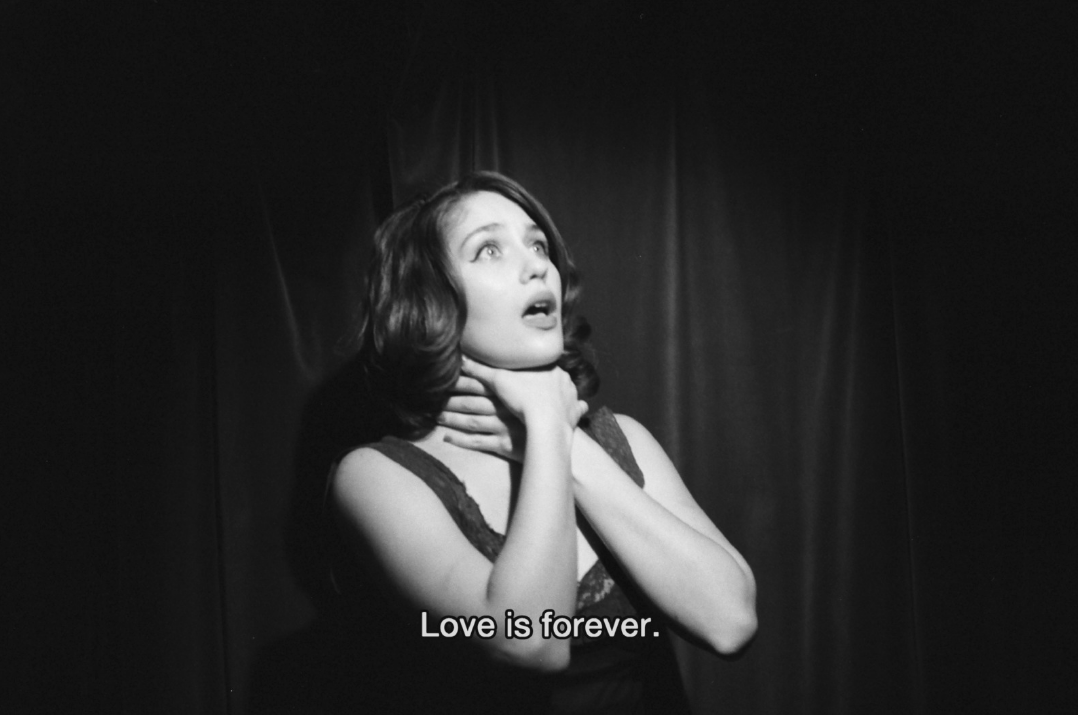 Who would you love to work with?

Rueben Ostlund who made The Square definitely. And then Julie Christie.

Hopefully in the same film!

Yes! The three of us together.

And finally, what’s next for you?

What’s next is that I’m putting out my record and I’m touring with an Australian band called Middle Kids June. Then I don’t know!

Gemini is out in cinemas on 30st March 2018. Check out Lola Kirke’s music online here, and in the meantime here’s her latest video for ‘Monster’. Follow photographer Michael Levinton on Instagram here.